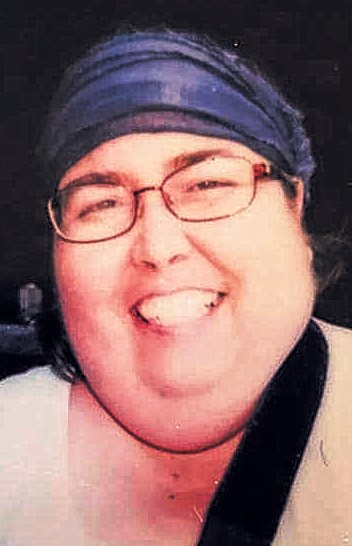 Paula Ann Ferguson 1969–2019 Waseca—PAULA ANN FERGUSON, age 50 of Waseca, died on Tuesday, August 27, 2019 at the Lakeshore Inn in Waseca. Born in Mankato on April 1, 1969, Paula was the daughter of Francis and Maria (Martens) Fischer. She graduated from Mankato East High School with the class of 1988 before continuing her education at South Central Technical College. Paula married Richard T. Ferguson in Illinois. Although she worked several jobs, Paula most recently worked at Bird's Eye Foods in Waseca where she enjoyed her time working alongside many friends. She enjoyed playing bingo, cross-stitching, and spending time with her granddaughter. Paula is survived by her father and step-mother, Francis and Sandy Fischer; her mother and step-father, Maria and Ken Kriesel; special aunt and caretaker, Vicky Scribner; her husband, Richard Ferguson; her daughter, Blaze (Tyler) Millington; her son, Colby Ferguson; six siblings, Tina (Mike) Kahlhamer, Neil Fischer, Dennis (Terri) Kriesel, Diane Kriesel, Kim Schoonover, and Rick Kriesel; and one very special granddaughter, Astrid Millington. She was preceded in death by several other loving family members. A memorial service will be held at 5:00PM on Saturday, August 31, 2019 at Dennis Funeral & Cremation Services in Waseca, with Sr. Lois Erpelding officiating. Visitation will be held from 4:00PM until the time of the service on Saturday. dennisfuneralhomes.com