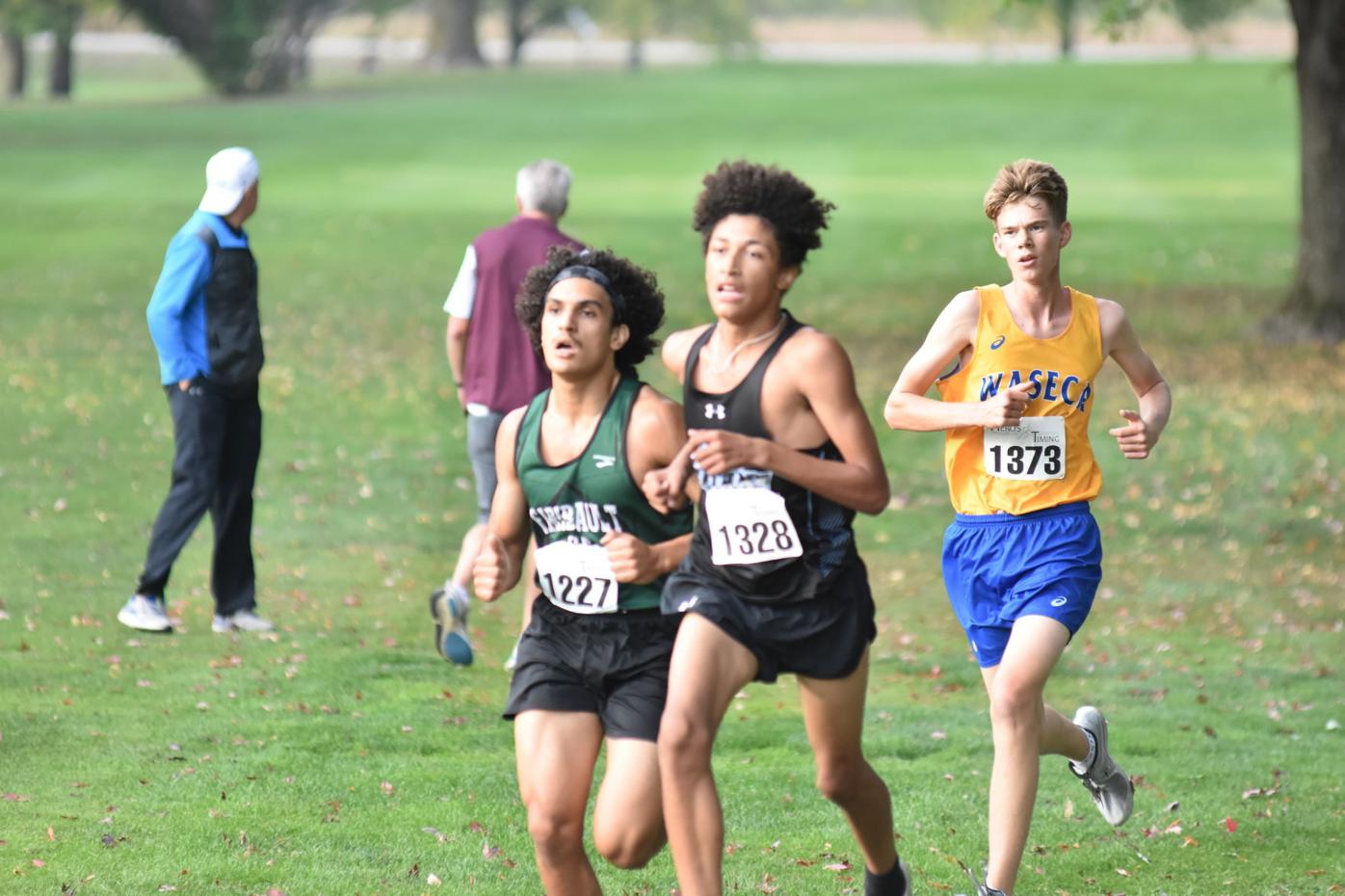 Waseca’s Joe Feldkamp attempts to catch up to other runners in the final stretch of the varsity boys race at the Waseca Invite. (Stephen McDaniel/southernminn.com) 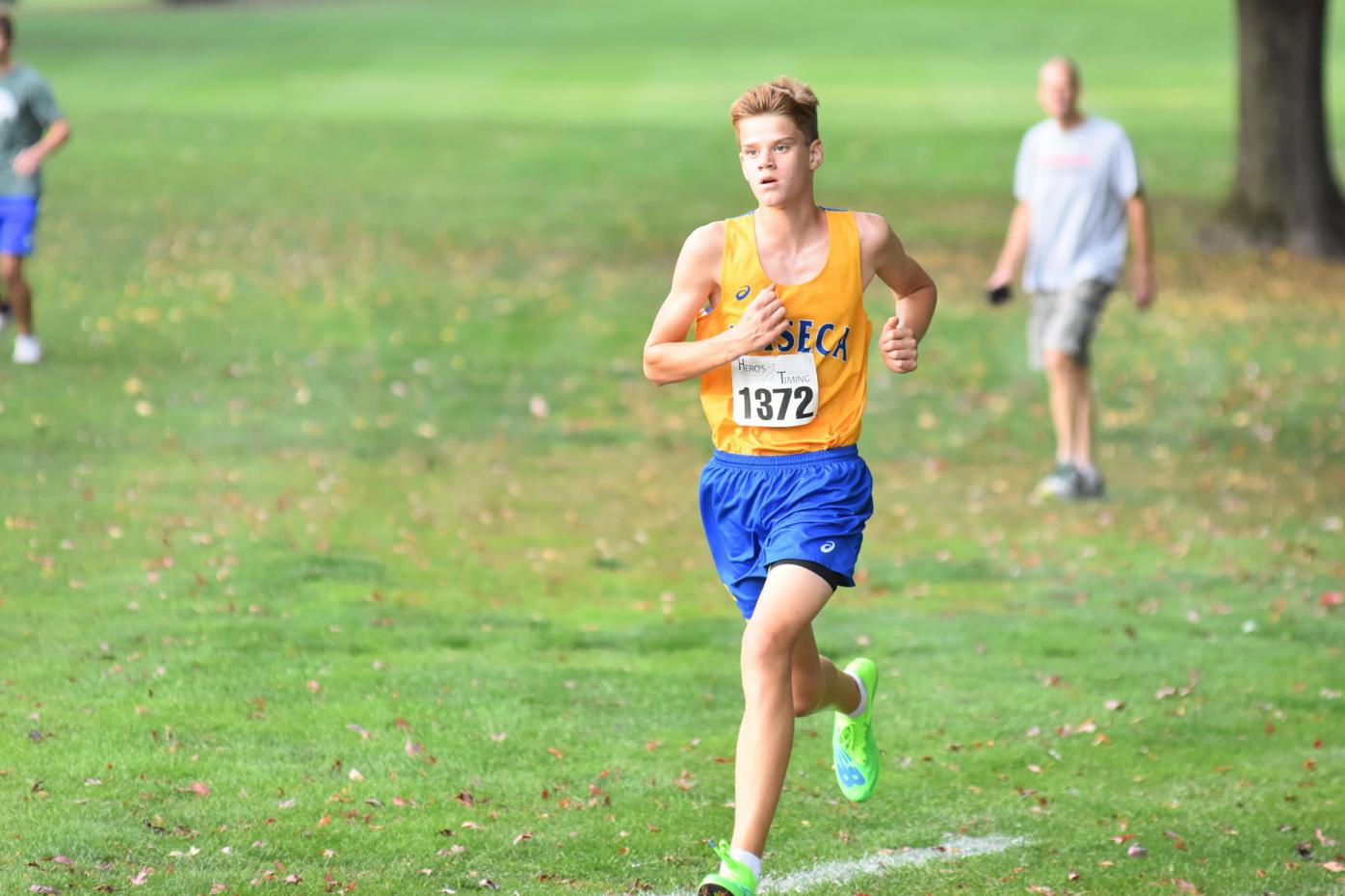 Isaac Feldkamp finishes out the final stretch of the varsity boys race in the Waseca Invite as the Bluejays’s top runner. (Stephen McDaniel/southernminn.com)

The Waseca and Waterville-Elysian-Morristown/Janesville-Waldorf-Pemberton boys and girls cross country teams took part in the Waseca Invite Thursday at the Waseca Lakeside Country Club.

Ella Dufault finished as the top runner of the day in the girls race, placing first overall with the top time of 19:28.5, with Callie Dufault right behind her in fourth with a time of 20:57.1.

Landon Dimler placed as WEM/JWP’s top runner in its third place finish. Dimler finished with the fourth best time in the boys race at 17:42.6.

Waseca’s boys and girls teams will be back in action Tuesday when they take part in the Mankato Invite. WEM/JWP will travel to Oak View Golf Course in Freeborn Tuesday.