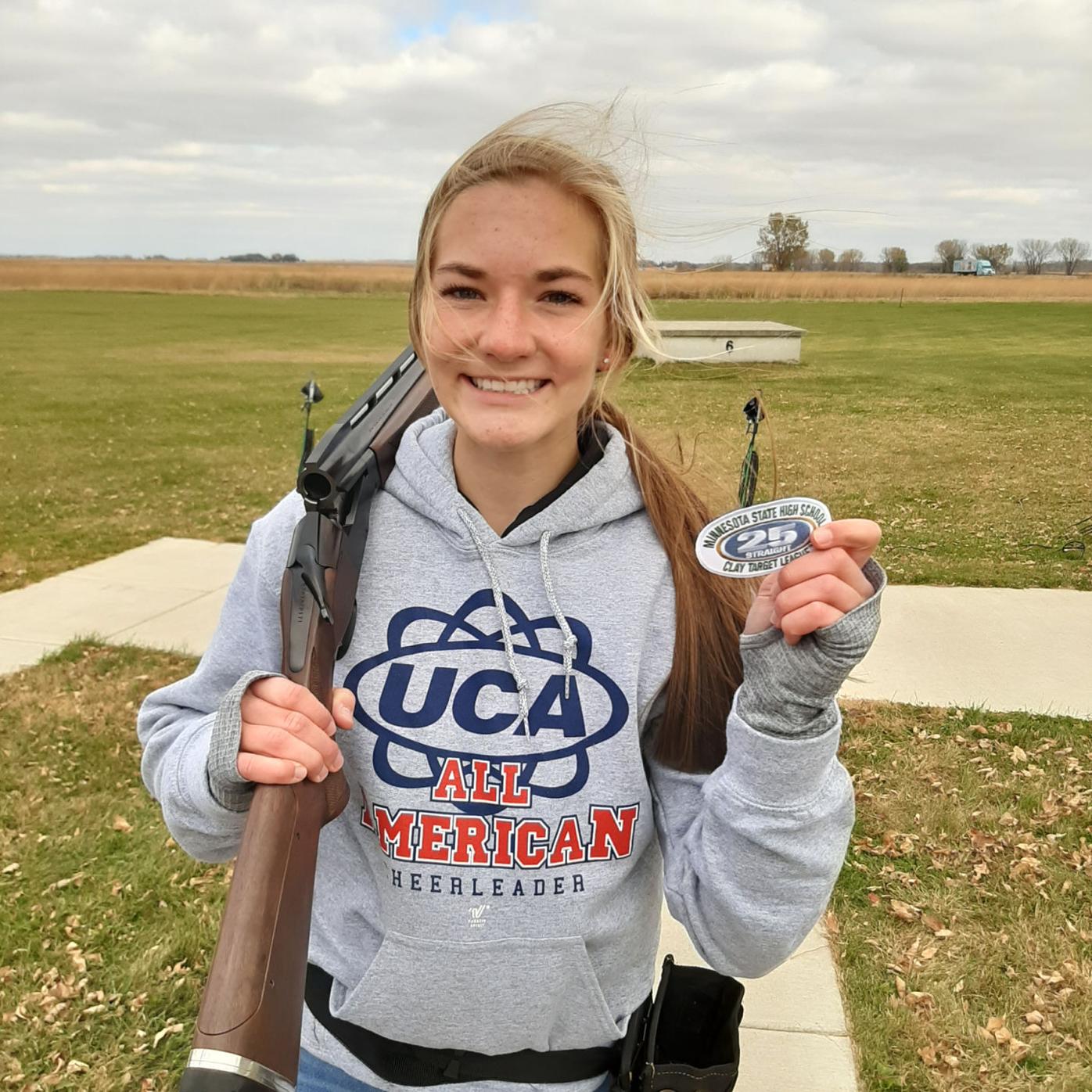 Eva Wayne had a perfect round of 25 for NRHEG. (Photo courtesy of Dan Sorum) 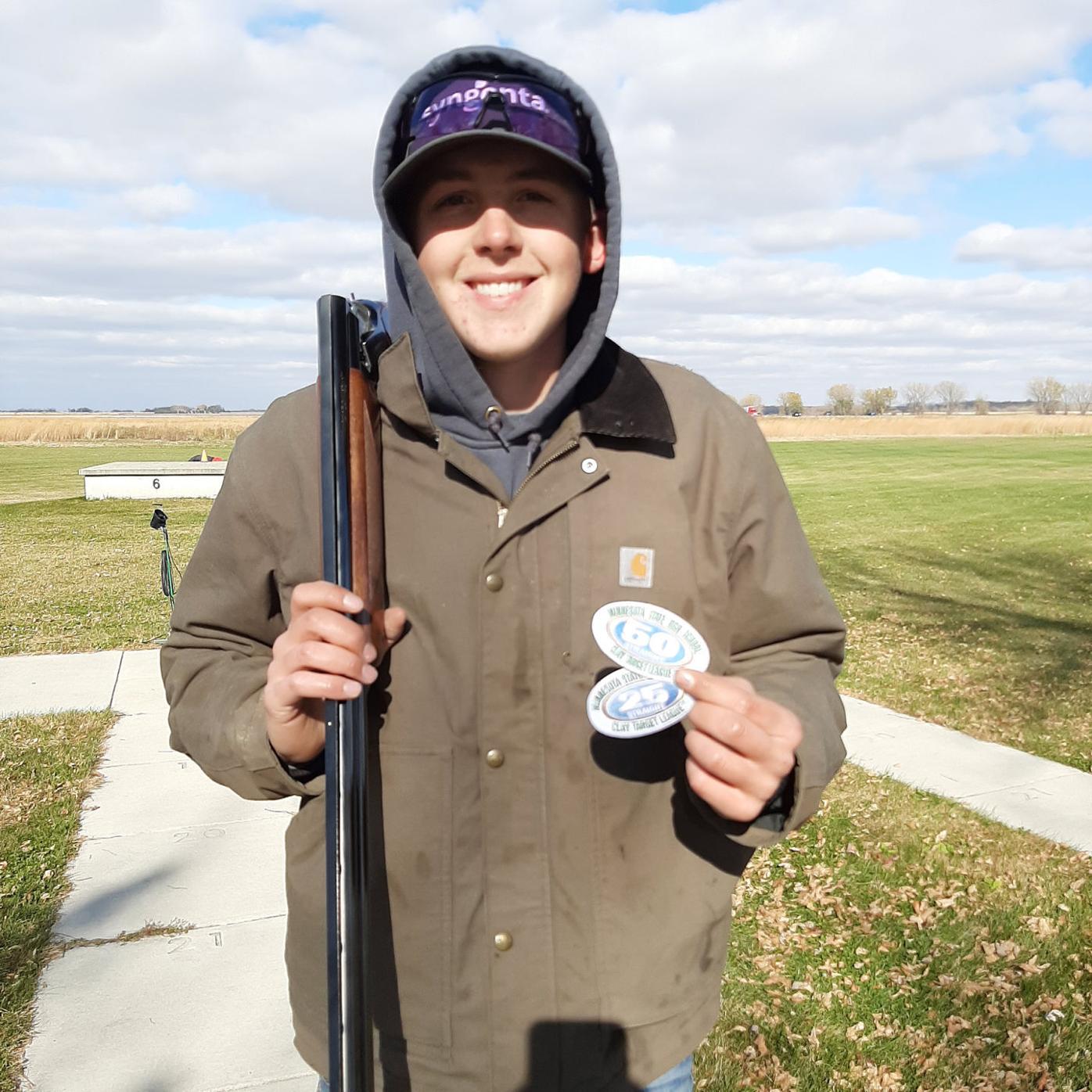 Alex Dobberstein hit 50 straight targets last weekend for NRHEG and finished with a two-round total of 97 out of 100. (Photo courtesy of Dan Sorum) 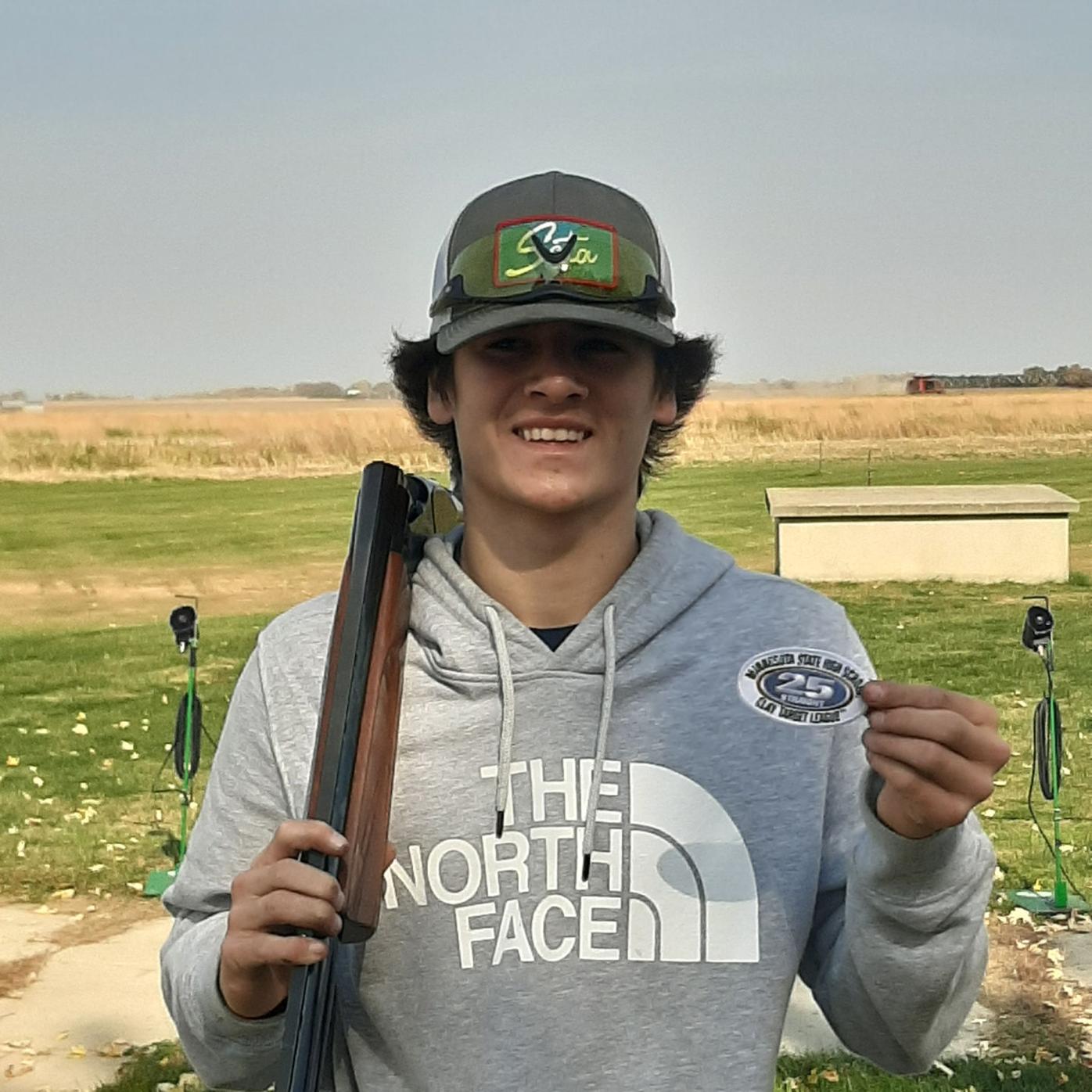 Eva Wayne had a perfect round of 25 for NRHEG. (Photo courtesy of Dan Sorum)

Alex Dobberstein hit 50 straight targets last weekend for NRHEG and finished with a two-round total of 97 out of 100. (Photo courtesy of Dan Sorum)

In the last two weeks the NRHEG clay target team has put up some good scores for its fall league competition.

Led by Alex Dobberstein, the team leader for average, the Panthers sharpshooters hope that these scores will hold up well when the season scoring period concludes on Nov. 4. Unlike past seasons, this year all teams are posting scores through the months of September and October after which the league will determine the number of active shooters for each team in the state, place them in conferences, and then announce season results. This unusual method is a result of the need for flexibility due to COVID-19 restrictions for schools.

Last week, Evan Reyna was force for the team as he collected his first 25 straight patch of the season. This week, it was Eva Wayne putting up her first career 25 straight and Alex Dobberstein who recorded a 50 straight on the way to two-round total of 97 out of 100 possible. Dobberstein leads the team with a season average of 23.75. He is joined by Jason Eustice with a 22.4 average, Clay Stenzel with a 21.63 mark, and Eva Wayne with a 21.38 hit target average mark as the top four shooters on the team. Six other shooters carry averages of 20 or more, giving the team some strong numbers.

While it remains to be seen how these averages will play out the Panthers will continue to focus on the job at hand for one more day before their shortened fall season ends. The team has their final shoot on Oct. 25 starting at noon at the Owatonna Gun Club.