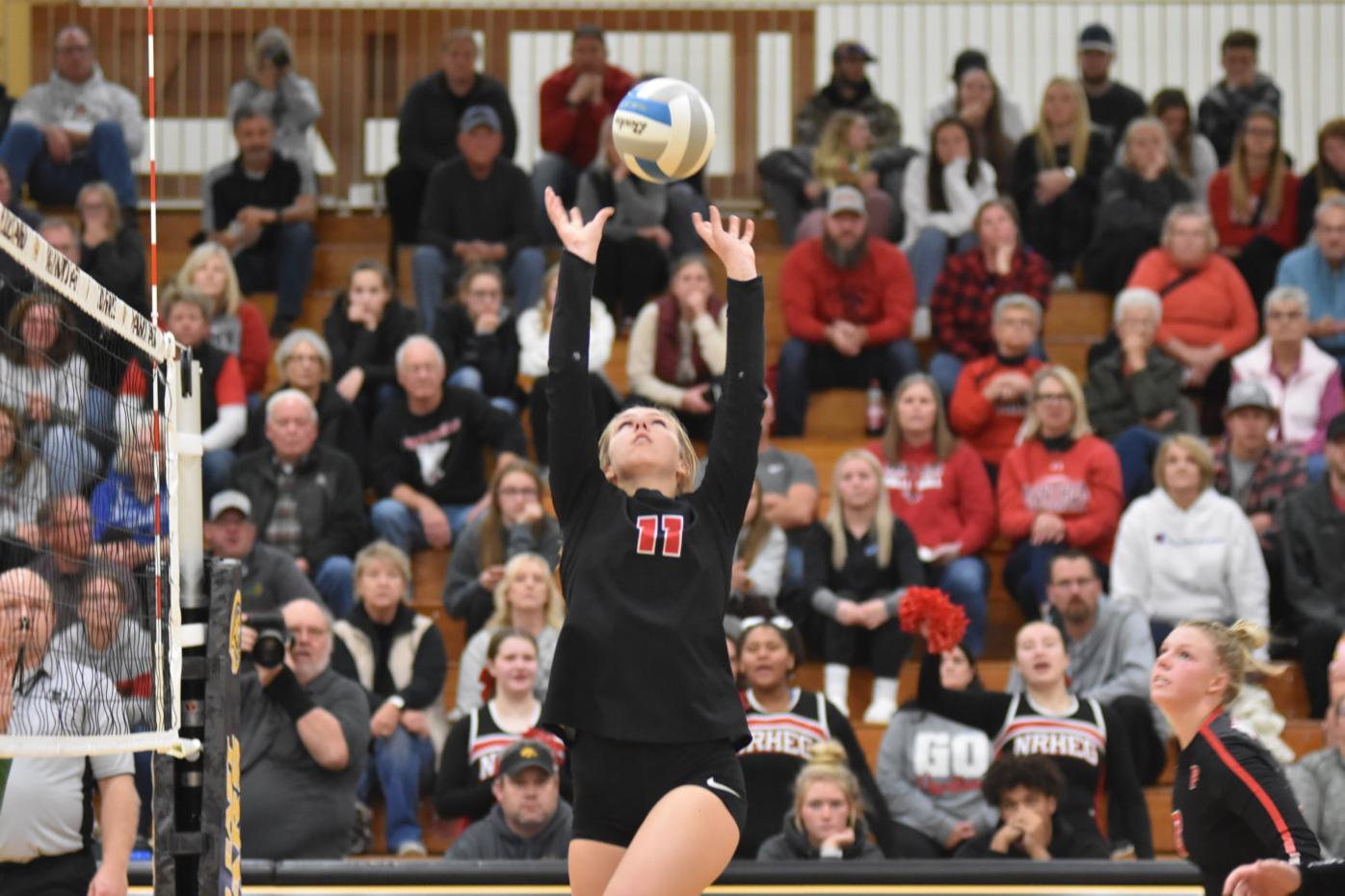 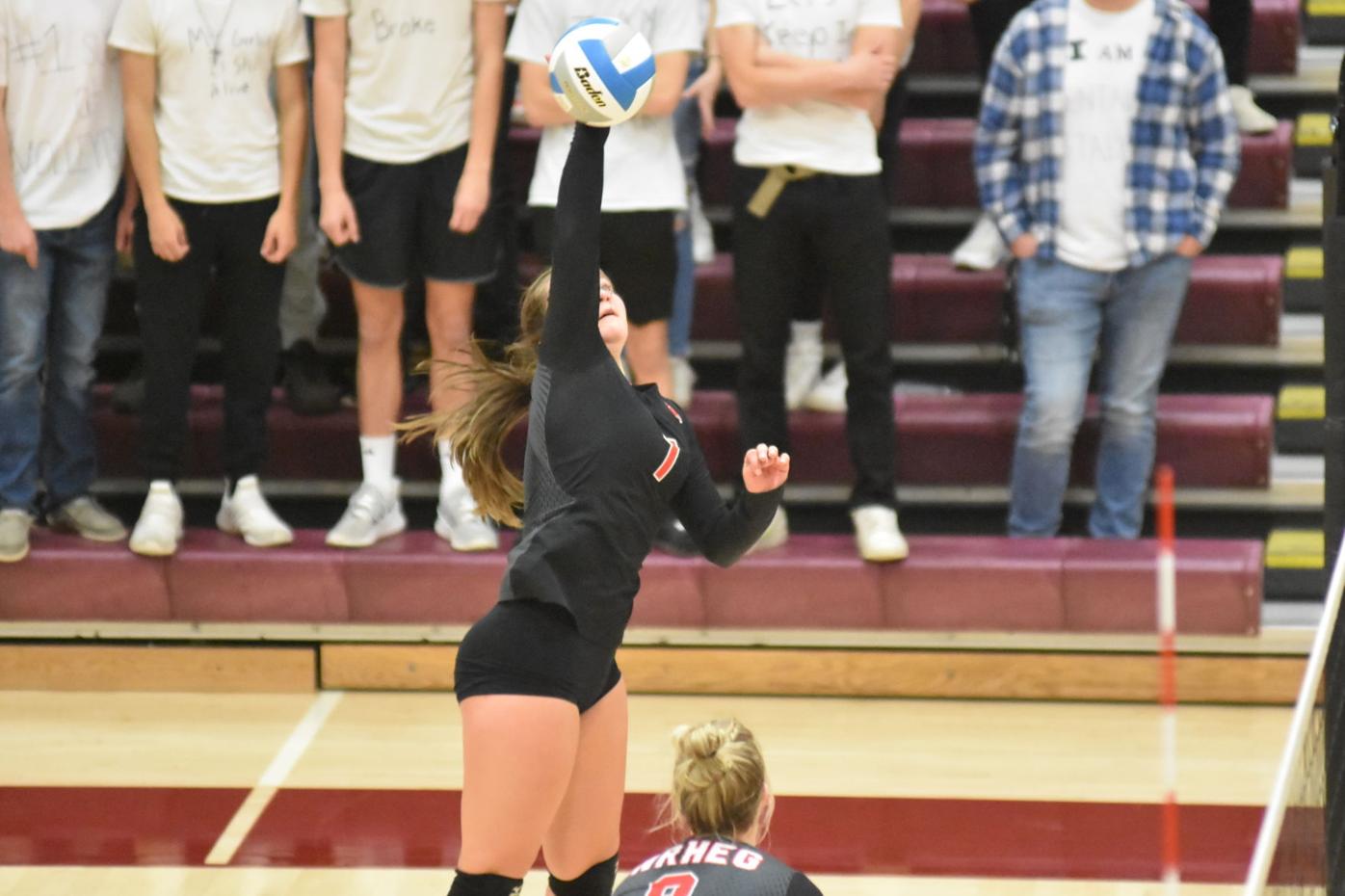 NRHEG senior outside hitter Sophie Stork (7) was named Second Team All-Conference after her season with the Panthers. (Stephen McDaniel/southernminn.com) 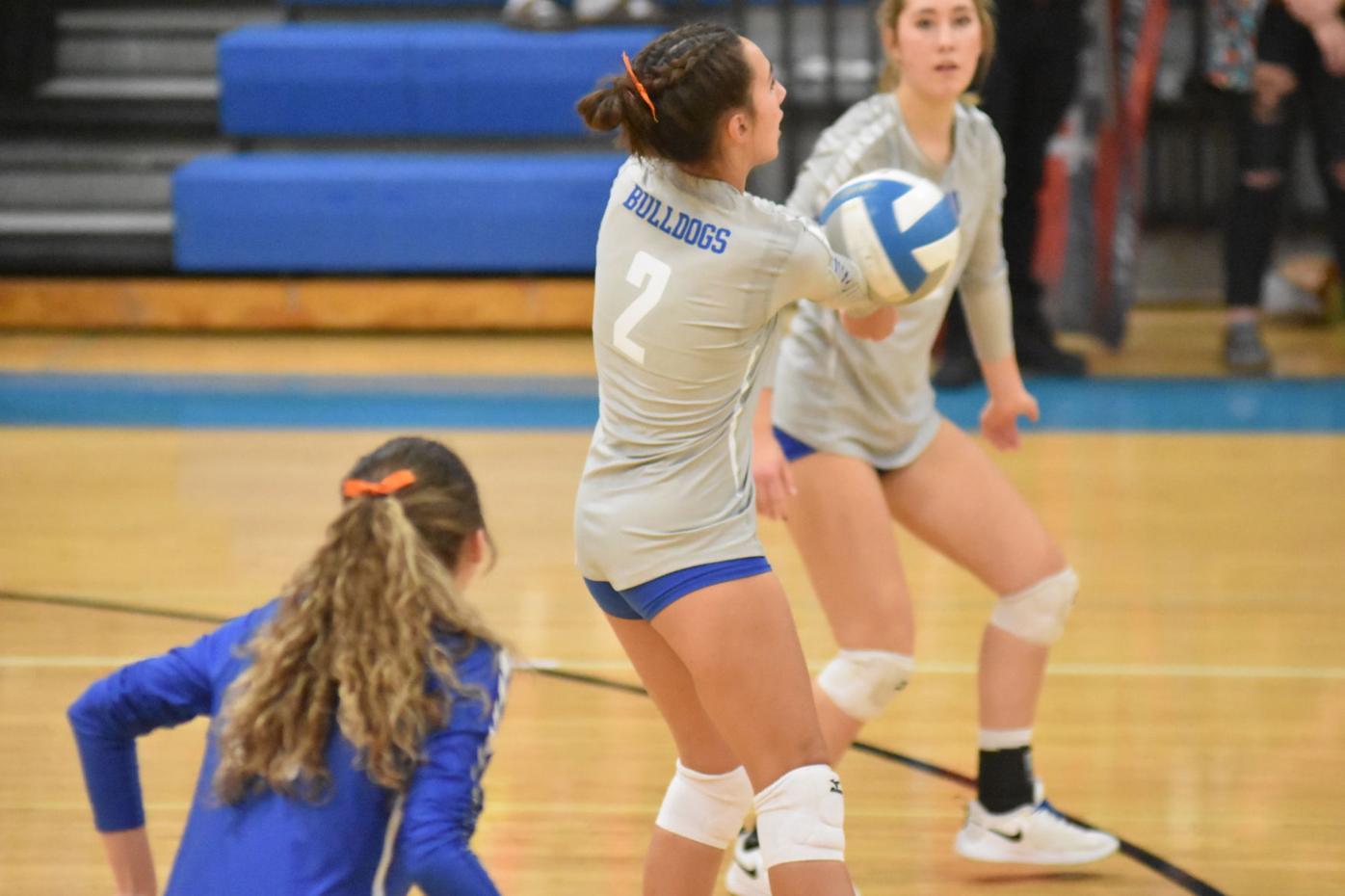 With the volleyball seasons for New Richland-Hartland-Ellendale-Geneva Panthers and Janesville-Waldorf-Pemberton Bulldogs coming to a close, the Gopher Conference announced its conference teams and awards, which features a handful of Panthers and Bulldogs.

The Panthers had four different players be recognized by the Gopher Conference for their play in the 2021 season.

Sophomore setter Hallie Schultz played a crucial role in setting up the Panthers offense and fell just short of 500 set assists despite missing some games due to injury. She earned a first team all-conference spot.

JWP had three different seniors be recognized for their roles with the Bulldogs over the course of the season.

Senior outside hitter Sydney Gahlon was named as an honorable mention after leading the Bulldogs in ace serves and digs. Gahlon recorded 43 ace serves and 274 digs, while also recording 136 kills, 15 set assists and three blocks.