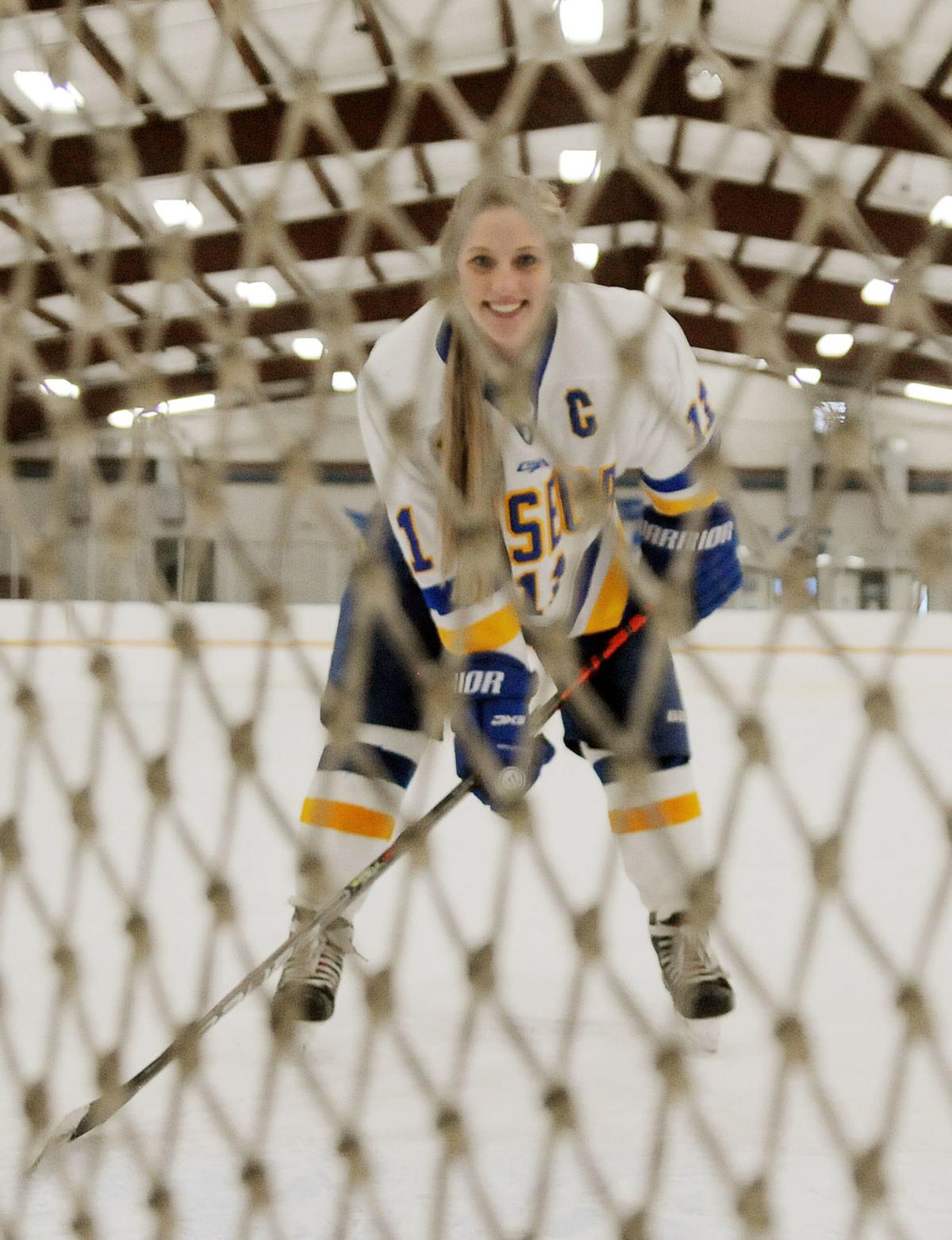 Waseca’s Jayde Pederson said as an eighth-grader she wanted to set the career scoring mark. Pederson accomplished that this season and more for the Bluejays. (Nick Gerhardt/Waseca County News) 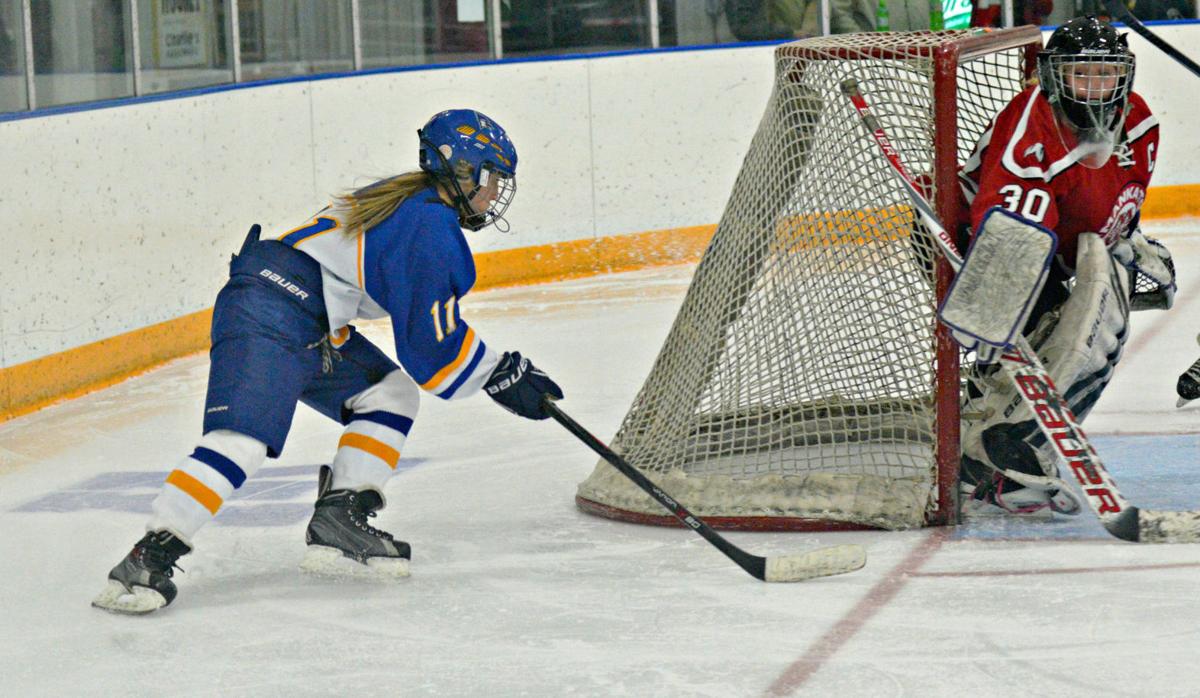 Waseca’s Jayde Pederson said as an eighth-grader she wanted to set the career scoring mark. Pederson accomplished that this season and more for the Bluejays. (Nick Gerhardt/Waseca County News)

Four years ago a speedy Waseca eighth-grader made a bold proclamation. Jayde Pederson said she had her sights set on breaking the school record for most career goals.

You can call her a soothsaying senior now after she broke Taryn Juberien’s record of 107 career goals Dec. 20 against Luverne at Waseca Community Arena. Pederson broke the record in the first period after she collected a pass from Jacklyn Jevning around center ice, made a move past a defender and fired a shot to the top corner over the blocker side of the goalie.

“After I scored that goal I was in tears on the ice,” Pederson said. “It was such a big accomplishment for me. It’s just been a dream to break that record and knowing that I actually did it was amazing.”

She didn’t stop there and added another goal in the second period as she embarked on becoming the player future Bluejays will chase. Pederson has 23 goals this season but her scoring has taken a backseat since she broke the record as she moved to defense to help the team.

“At the beginning of the season they were scoring a bunch on us and they were both like high scoring games,” Pederson said. “Once they moved me and another forward back to defense, the scores got lower and lower. I’ll play whatever position will benefit my team.”

The career goal mark stands at 112 goals now for Waseca and Pederson can reflect on how she got there. She made the varsity team as an eighth-grader despite beginning hockey just two years before. Pederson started skating a few years prior to that but she needed to learn how to skate for hockey. She’d previously been in gymnastics and soccer but hockey provided her a challenge.

“The first time I put on skates and went out on the ice I couldn’t even stand up,” Pederson said. “I always liked a challenge.”

Pederson had an immediate impact for the Bluejays as an eighth-grader. She scored in her first four consecutive games and finished with 15 goals her first season. Pederson has gone on to tally 20-plus goal seasons in each of her last three seasons and become known for her breakaway speed.

Pederson has her sights set on a collegiate career these days. She’s eyeing St. Catherine University or Finlandia University in Hancock, Michigan, which is near Michigan Tech University in the Upper Peninsula of Michigan.