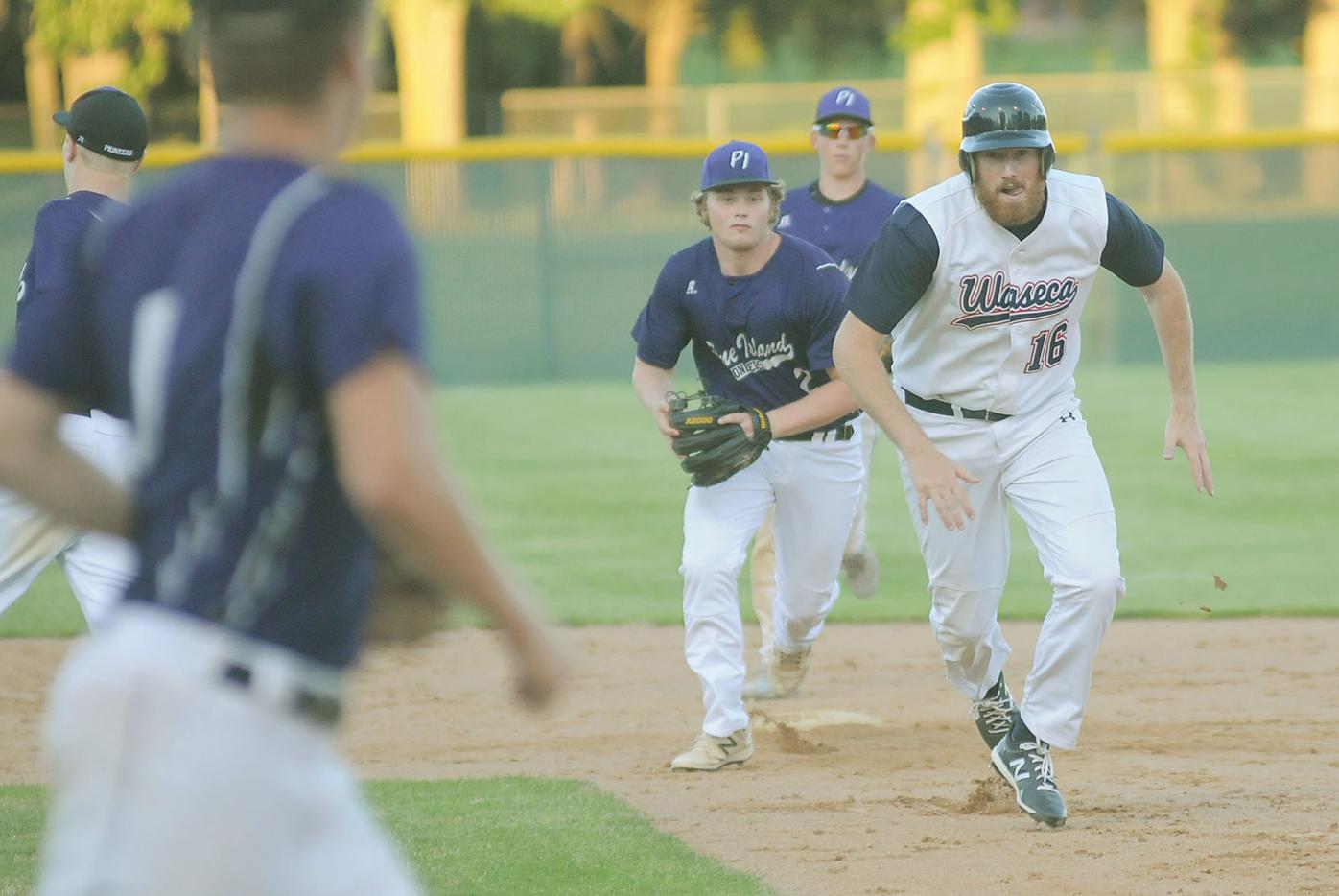 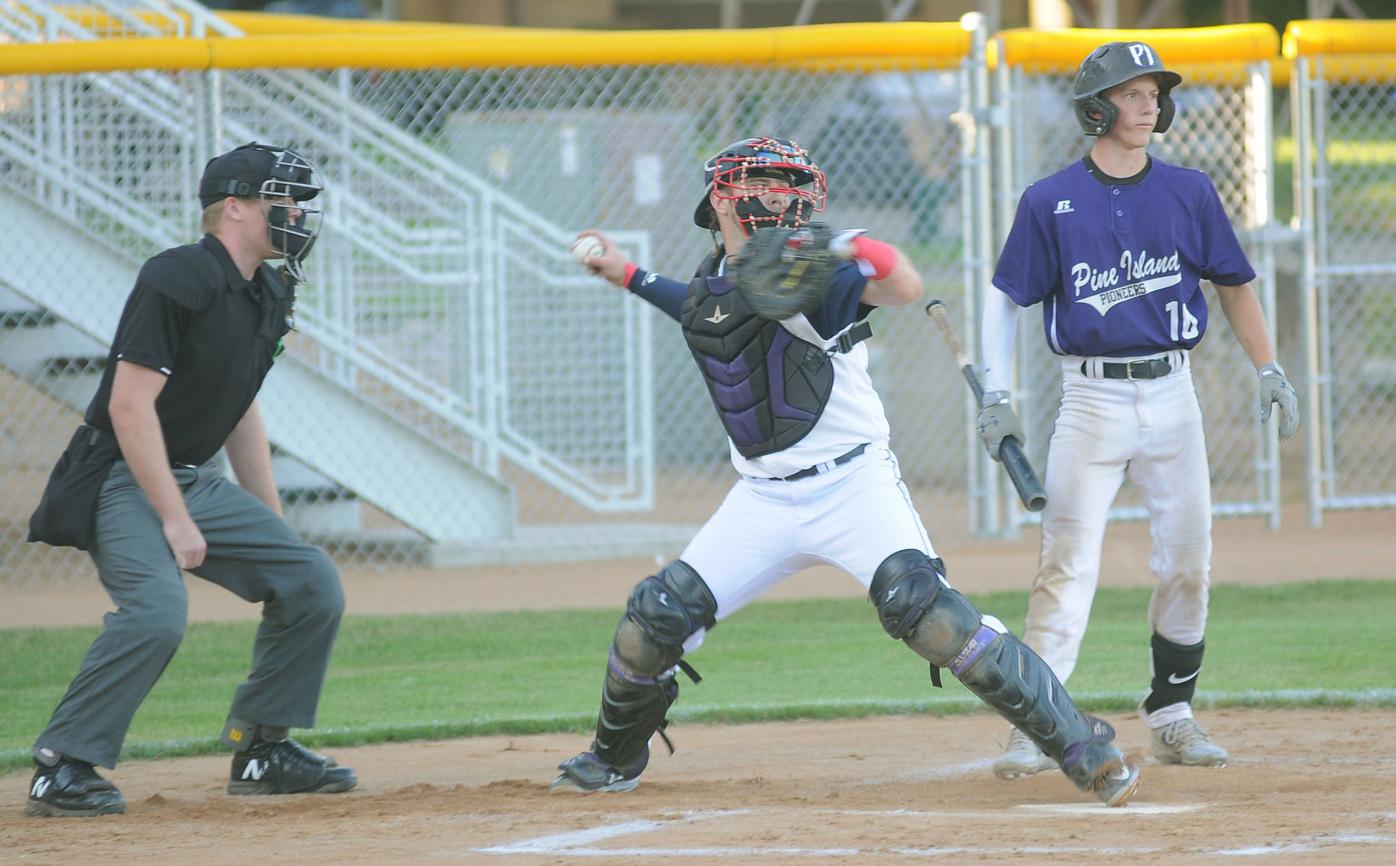 Waseca catcher Chris Glynn makes a throw to second base on a stolen base attempt Wednesday against Pine Island at Tink Larson Community Field. The Braves defeated the Pioneers 8-7 for their third consecutive win. (Nick Gerhardt/Waseca County News) 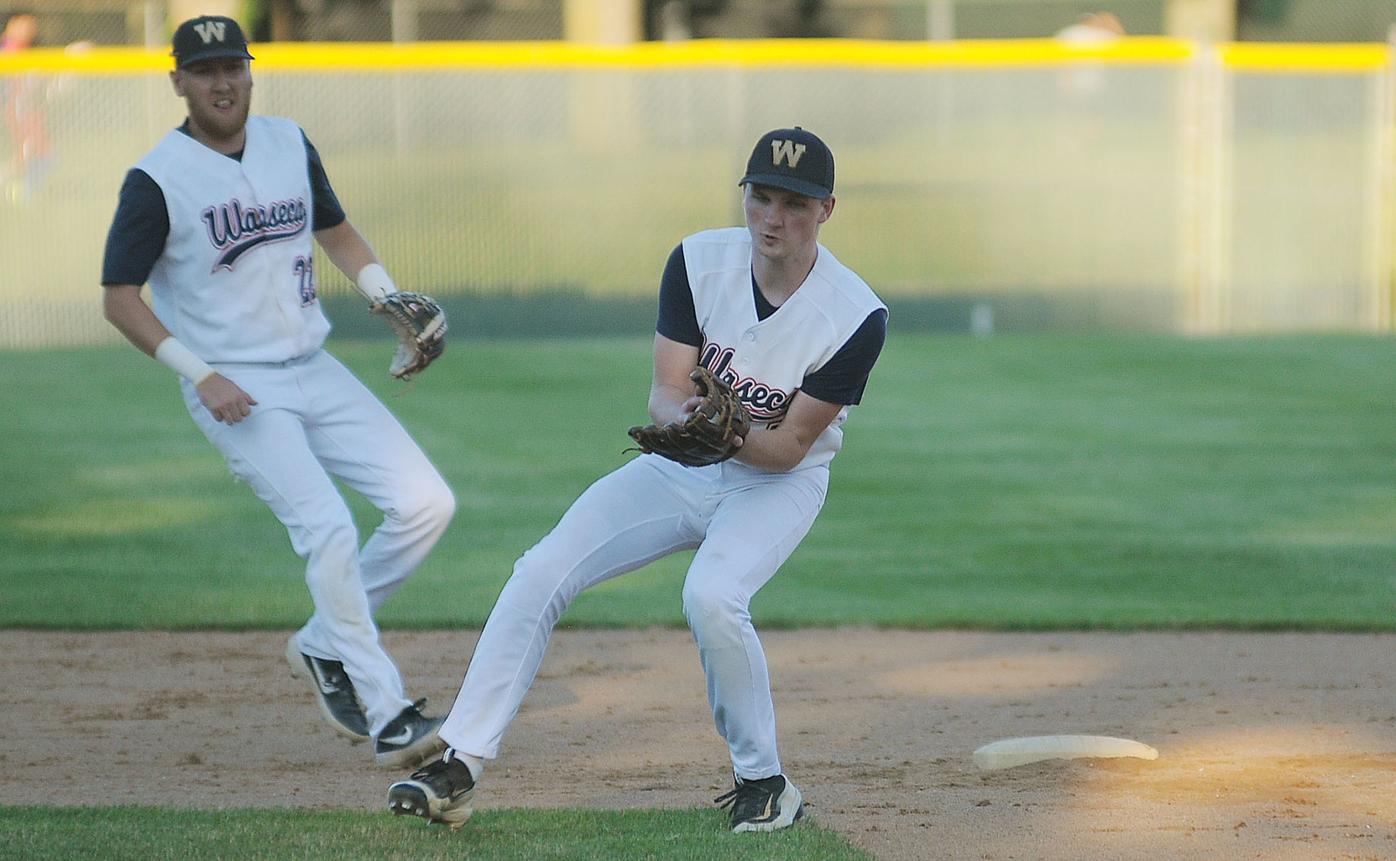 Waseca catcher Chris Glynn makes a throw to second base on a stolen base attempt Wednesday against Pine Island at Tink Larson Community Field. The Braves defeated the Pioneers 8-7 for their third consecutive win. (Nick Gerhardt/Waseca County News)

The numbers didn’t look good but the only that mattered was the final score and Waseca found a way to pull out an 8-7 win Wednesday over Pine Island at Tink Larson Community Field.

The combined 15 runs came on a combined 10 hits by the teams. Meanwhile the Braves and Pioneers totaled 19 walks, six hit batters and nine errors in a game that lasted three hours.

It was an eventful first five innings before Waseca’s Zach Hoehn came on in relief to hold Pine Island hitless in the final five innings. Hoehn struck out five, walked four and hit one batter in throwing five shutout innings to get the win.

“Zach Hoehn saved the day on the mound for Waseca,” Tink Larson said. “He came on in relief with the bases loaded and no outs and got out of the inning.”

The Braves (4-3, 4-3 Twin Rivers) took a 5-2 in the bottom of the third inning after getting just two base hits. Two runs scored on a wild pitch and Waseca completed a delayed double steal to score another run. Sheldon Grant drove in a run with a single to score Cody Ulfers, who had the other hit in the inning. An error allowed a fourth run to score in the inning.

Pine Island cut the deficit to 5-3 with a run in the top of the third inning but the Braves extended the lead after Uriah Possin reached on an infield single, stole second and scored on Kelvin Nelson’s two-out single.

Pine Island kept coming and got a run back in the top of the fourth before it took a 7-6 lead in the fifth inning. The first four batters reached base for the Pioneers in the fifth inning. Tanner Horton singled to drive in a run and Graham Majerus hit into a fielder’s choice for another run. Another fielder’s choice brought in a third run and an error allowed a fourth run to score.

Wascea tied the game in the eighth when Kyle Waugh’s sacrifice fly brought in Cody Ulfers, who led off the inning with a walk. Nelson and Sheldon Gant drew walks to load the bases with one out for Waugh.

Erik Simmons reached on an error to start the ninth and Ryan Wangen walked. Pine Island intentionally walked Hoehn to load the bases and Ulfers flew out to left field to bring in the winning run.

The Braves won their third consecutive game and moved above the .500 mark for the first time this season. Ulfers led the team with a 2-for-4 night with two runs and an RBI. Nelson, Gant and Waugh drove in the other runs.