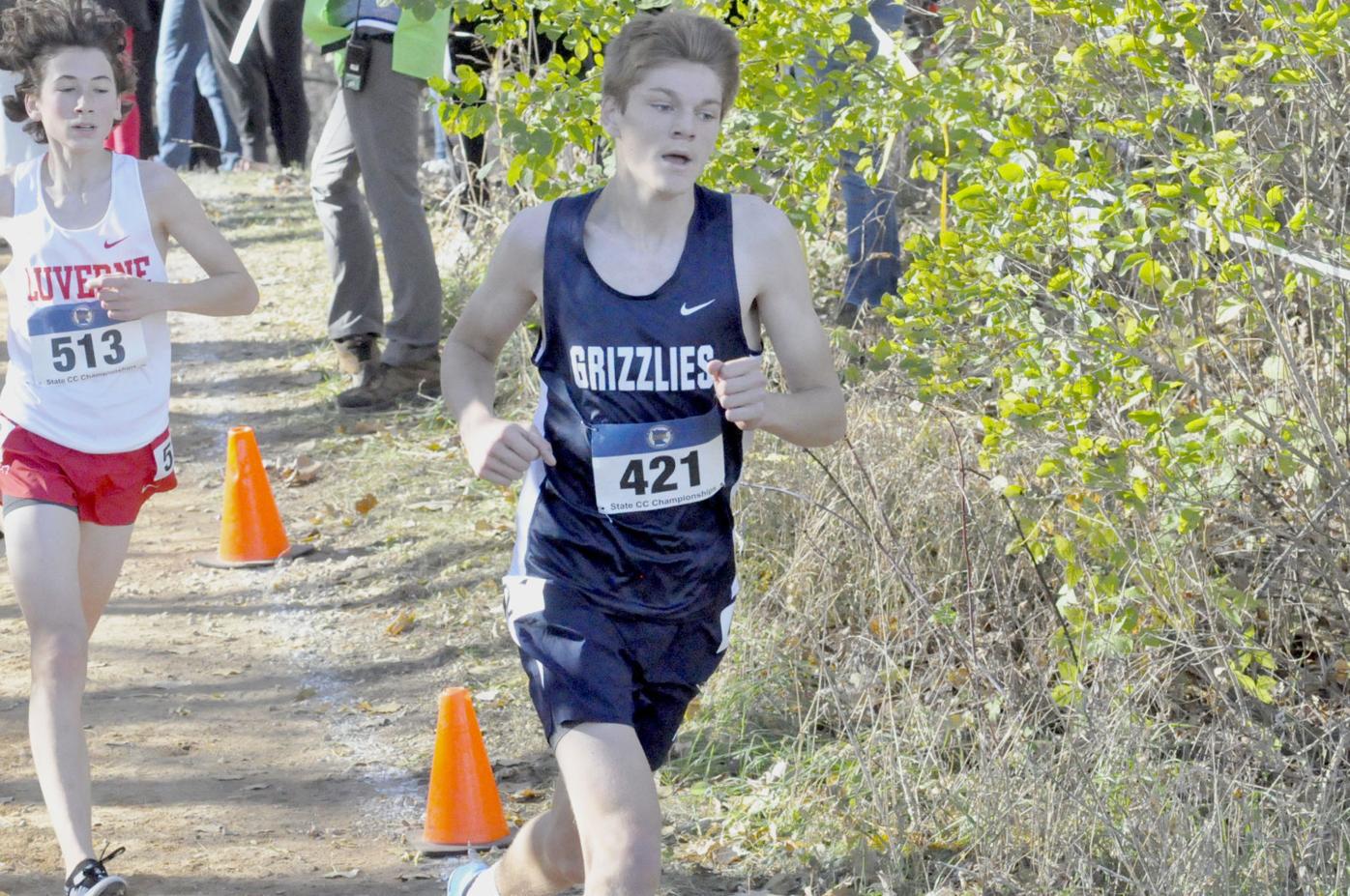 WEM/JWP’s Landon Dimler was one of the Grizzlies top runners and was named First Team All-Conference. (Ben Camp/southernminn.com) 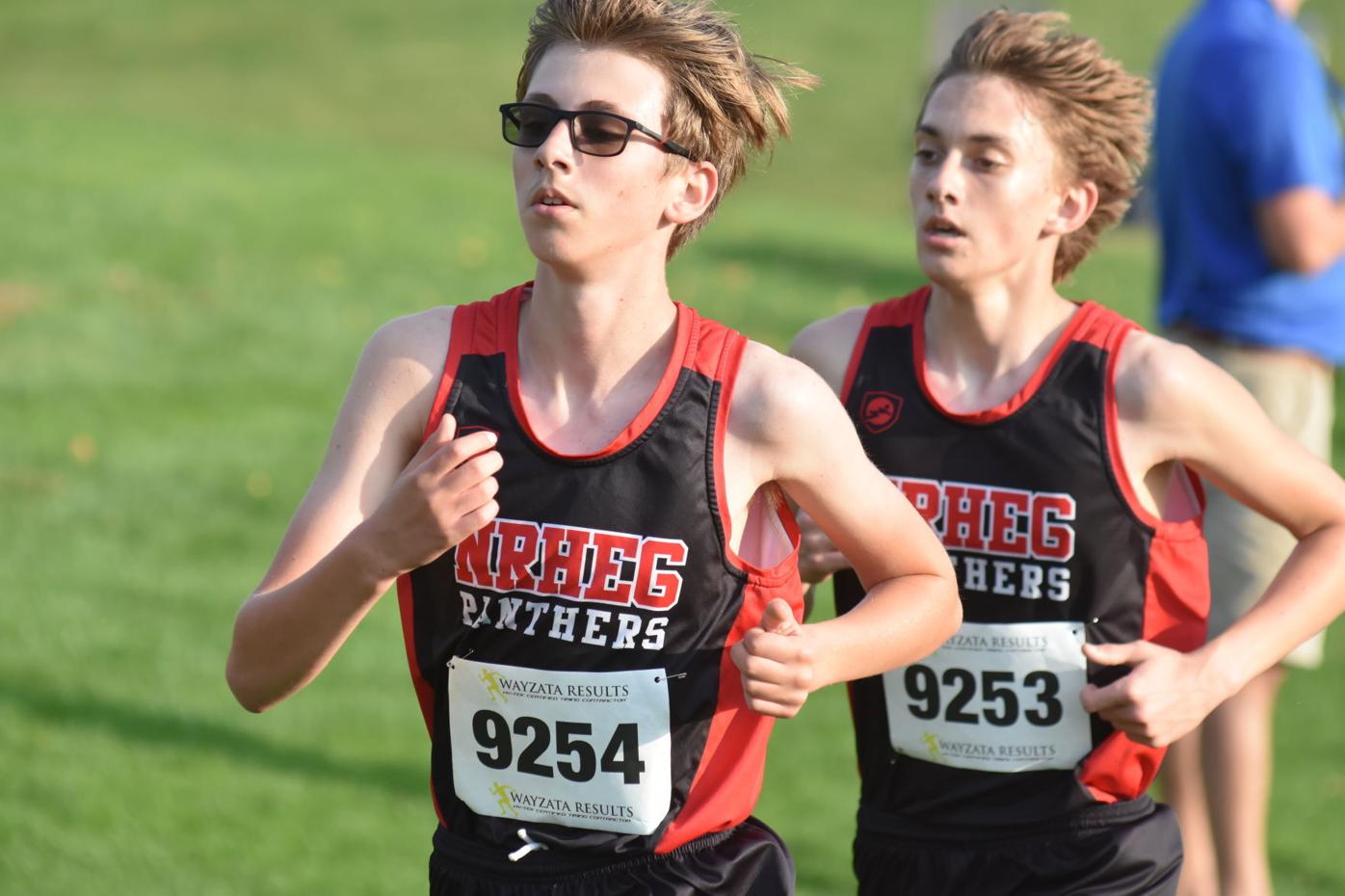 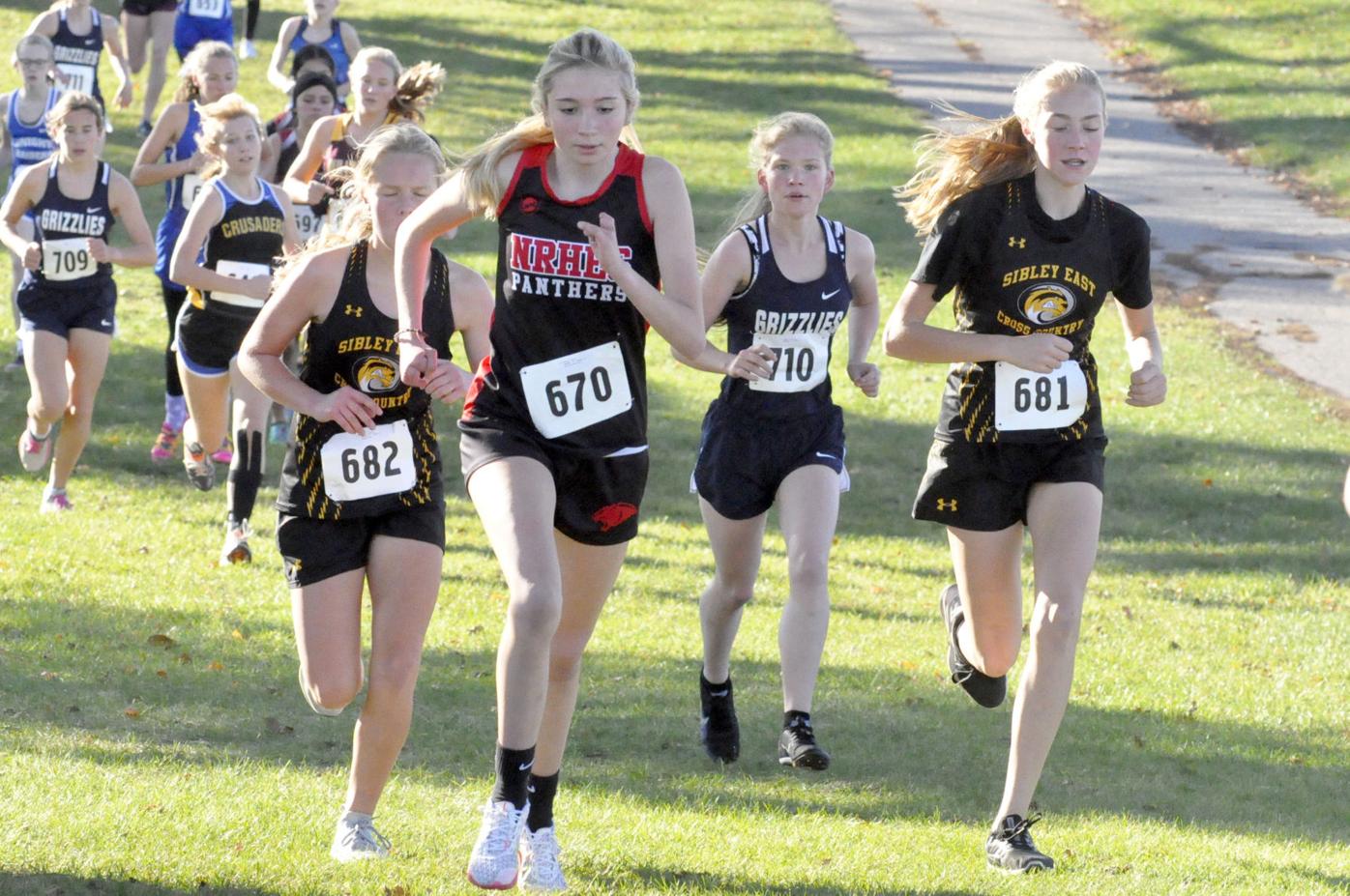 The Gopher Conference released its All-Conference teams and awards for boys and girls cross country with runners from the New Richland-Hartland-Ellendale-Geneva and the Waterville-Elysian-Morristown/Janesville-Waldorf-Pemberton cross country teams earning a variety of honors.

The WEM/JWP boys and girls teams won their respective conference championship as a team. The boys finished in first with a team score of 30 points, beating out second place Blooming Prairie by 49 points.

The girls teams from WEM/JWP and NRHEG tied for first with 50 points each, but WEM/JWP held the tiebreaker over the Panthers and were awarded the conference championship.

The Grizzlies had a combined 12 total runners honored between the boys and girls teams.

Sophomores Jasper Morris (19:17) and Memphis James (19:28) were both named second team all-conference and Josh Bengtson (19:59) was named as an honorable mention. Zach Groh was named as the boys All-Conference Sportsmanship Recipient.

Junior Faith Olsen (26:17) was named as an honorable mention and Elizabeth White was the girls All-Conference Sportsmanship Recipient.

The Panthers had four boys and four girls honored by the conference.