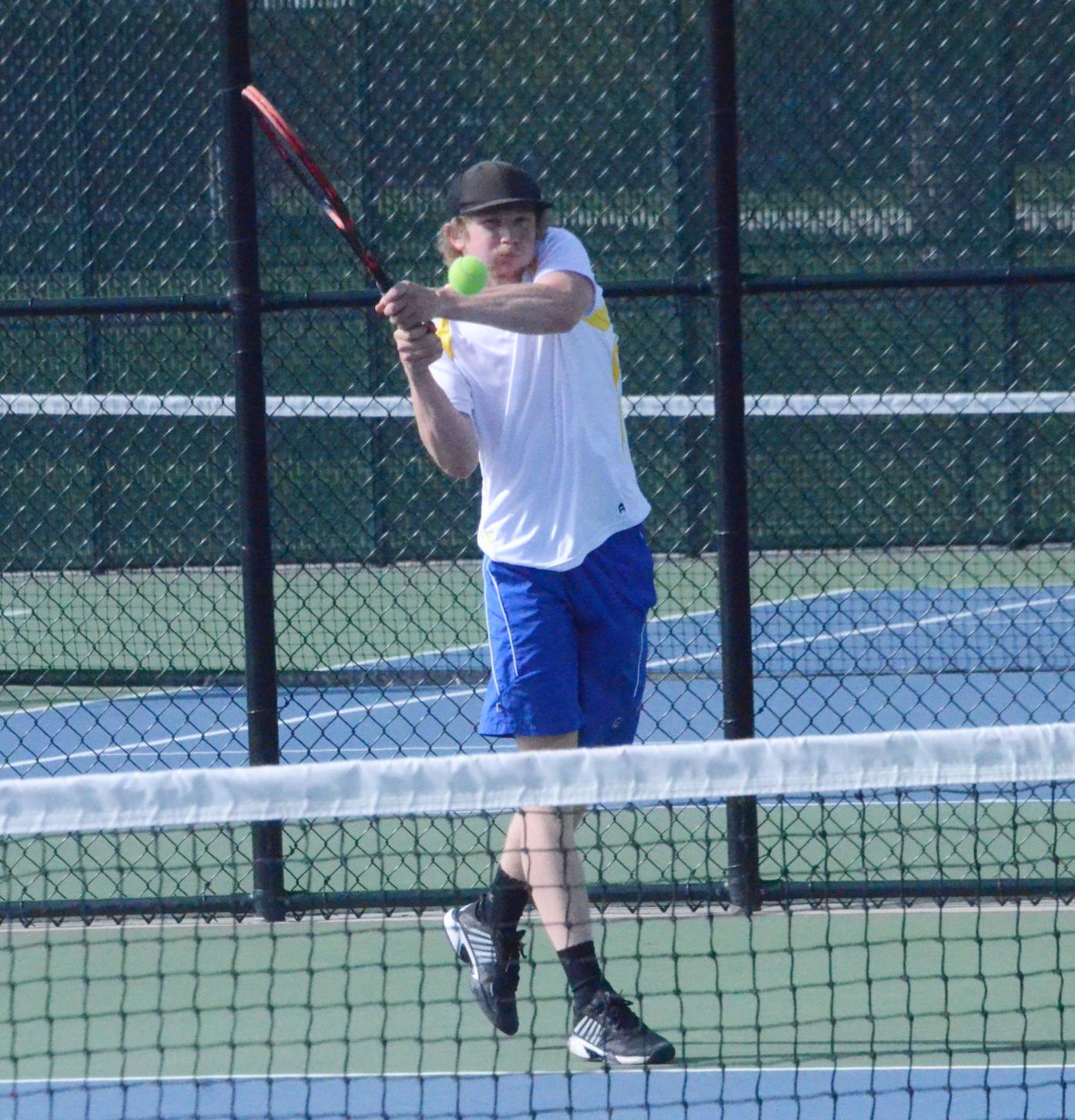 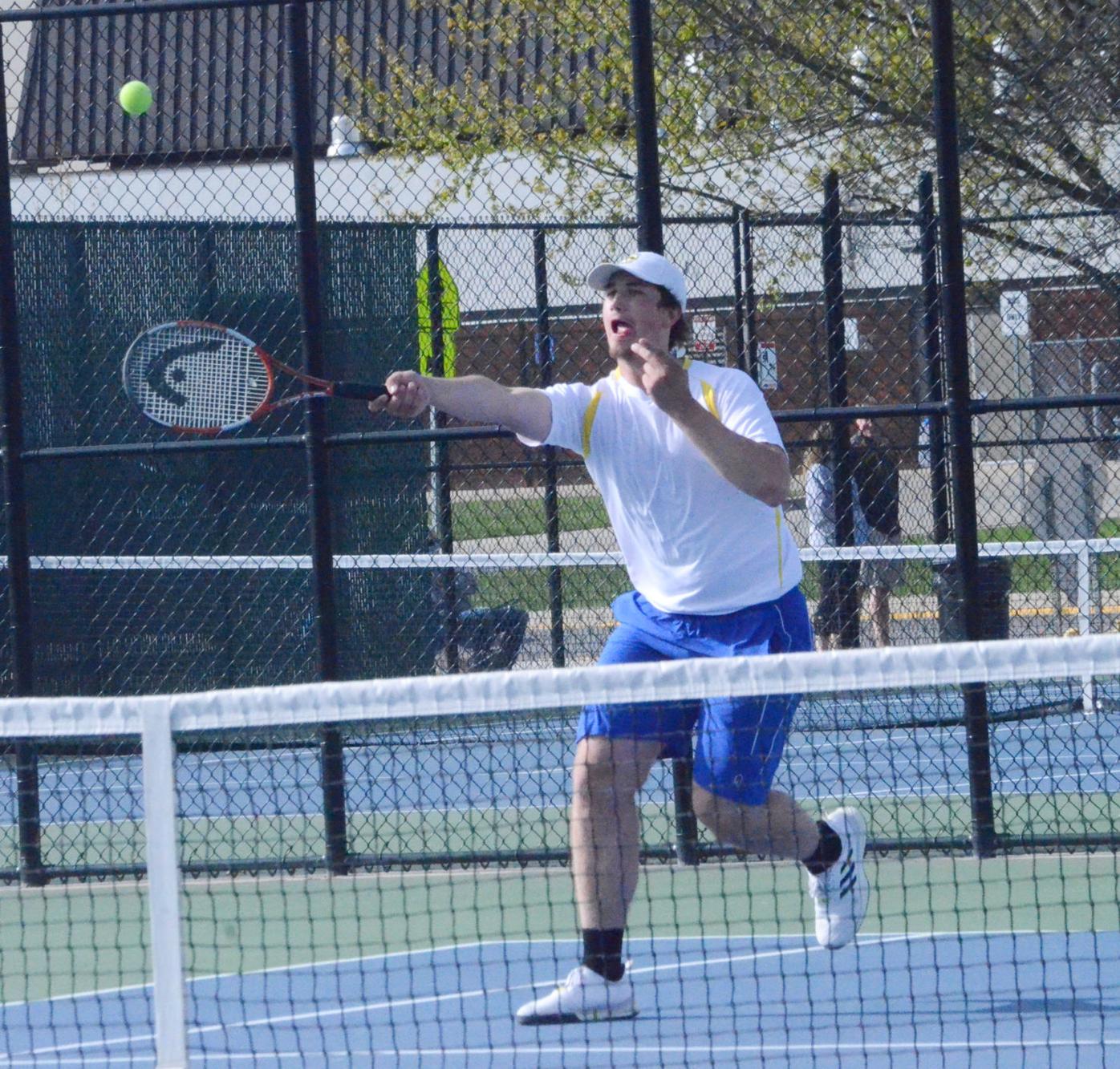 Waseca’s Ben Diedrich returns a volley during his loss against Joey Gag of New Ulm last Friday. Diedrich rebounded with a win alongside Earl Hansen during doubles play against Redwood Valley on Monday (6-0, 6-2). (Lucas Seehafer/southernminn.com) 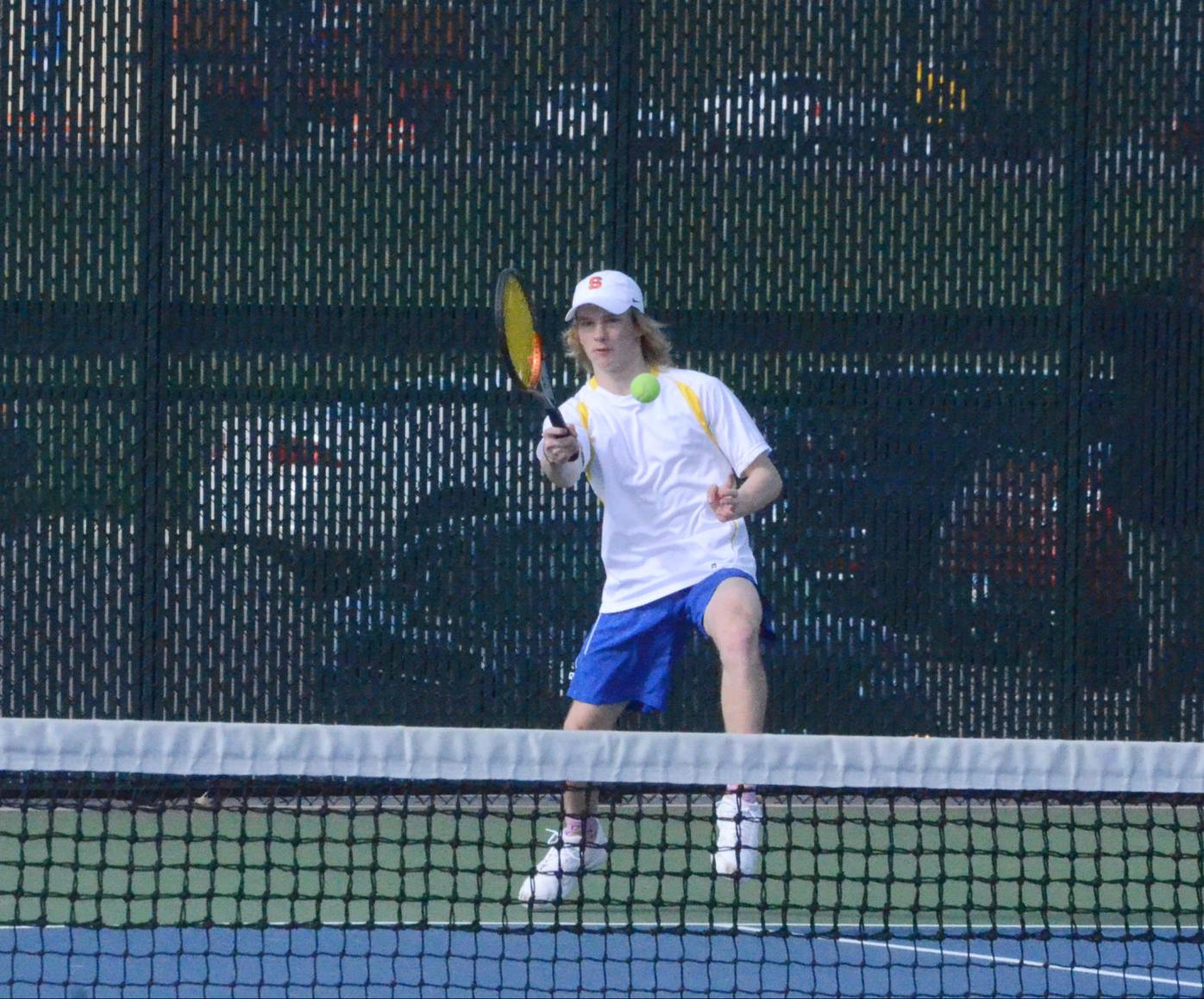 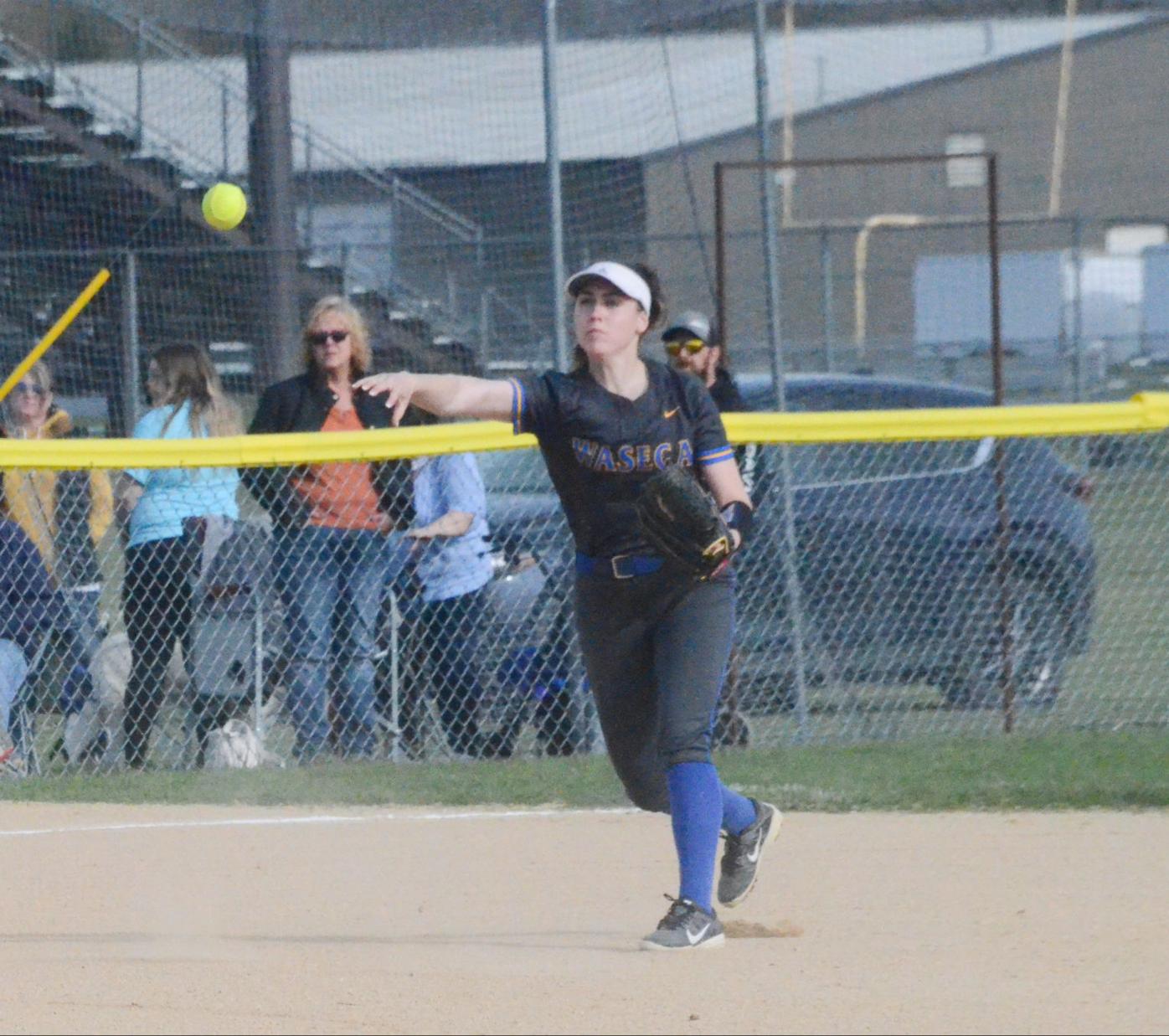 Waseca shortstop Brooke Hayes throws out a Blue Earth Area runner during the team’s 12-2 win over the Buccaneers last Friday. Hayes finished the day 2-for-3 at the plate with a triple. (Lucas Seehafer/southernminn.com) 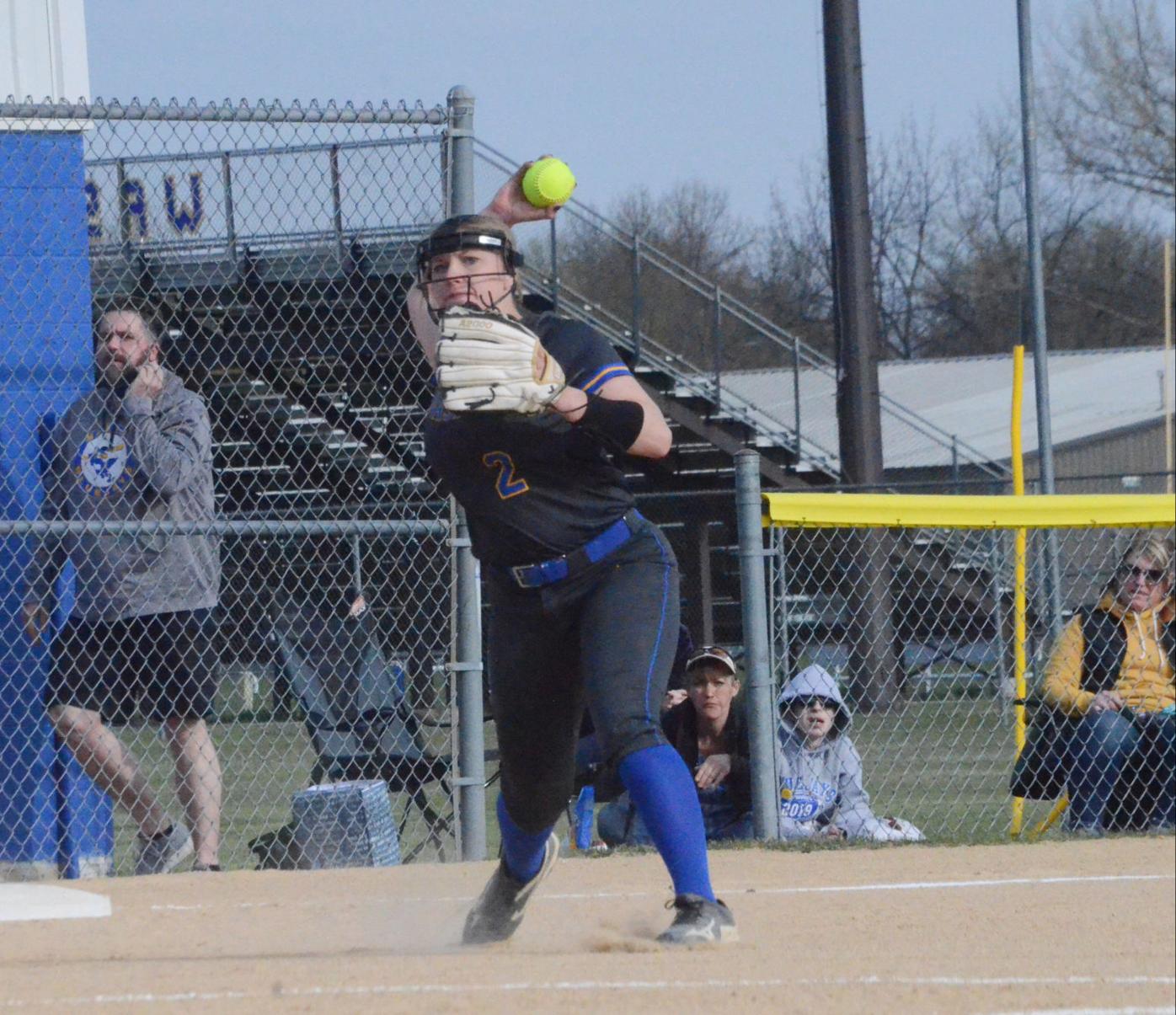 Waseca's Isabel DenOuden throws out a Blue Earth Area runner during the team's 12-2 win over the Buccaneers last Friday. She went 2-for-3 at the plate. (Lucas Seehafer/southernminn.com) 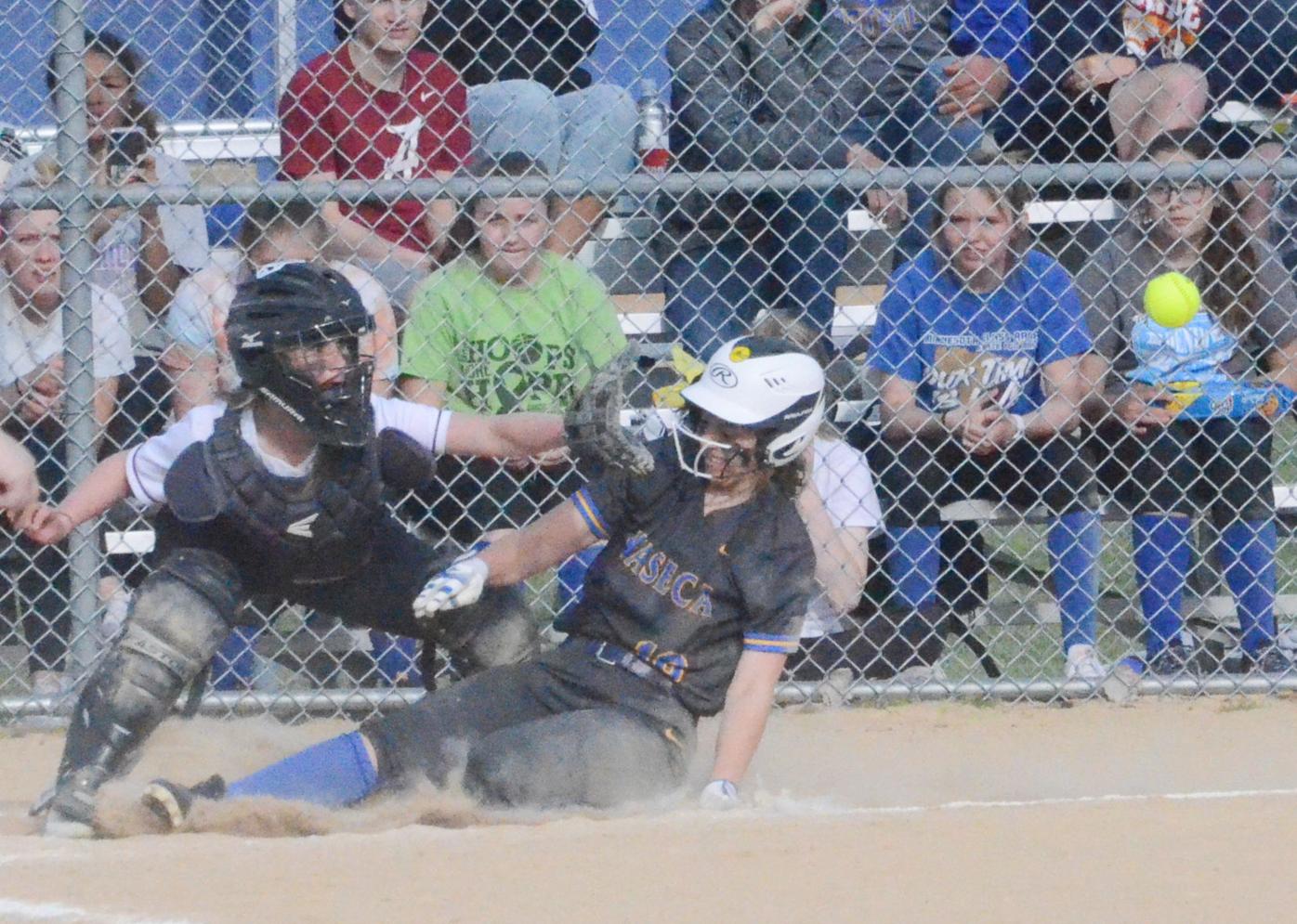 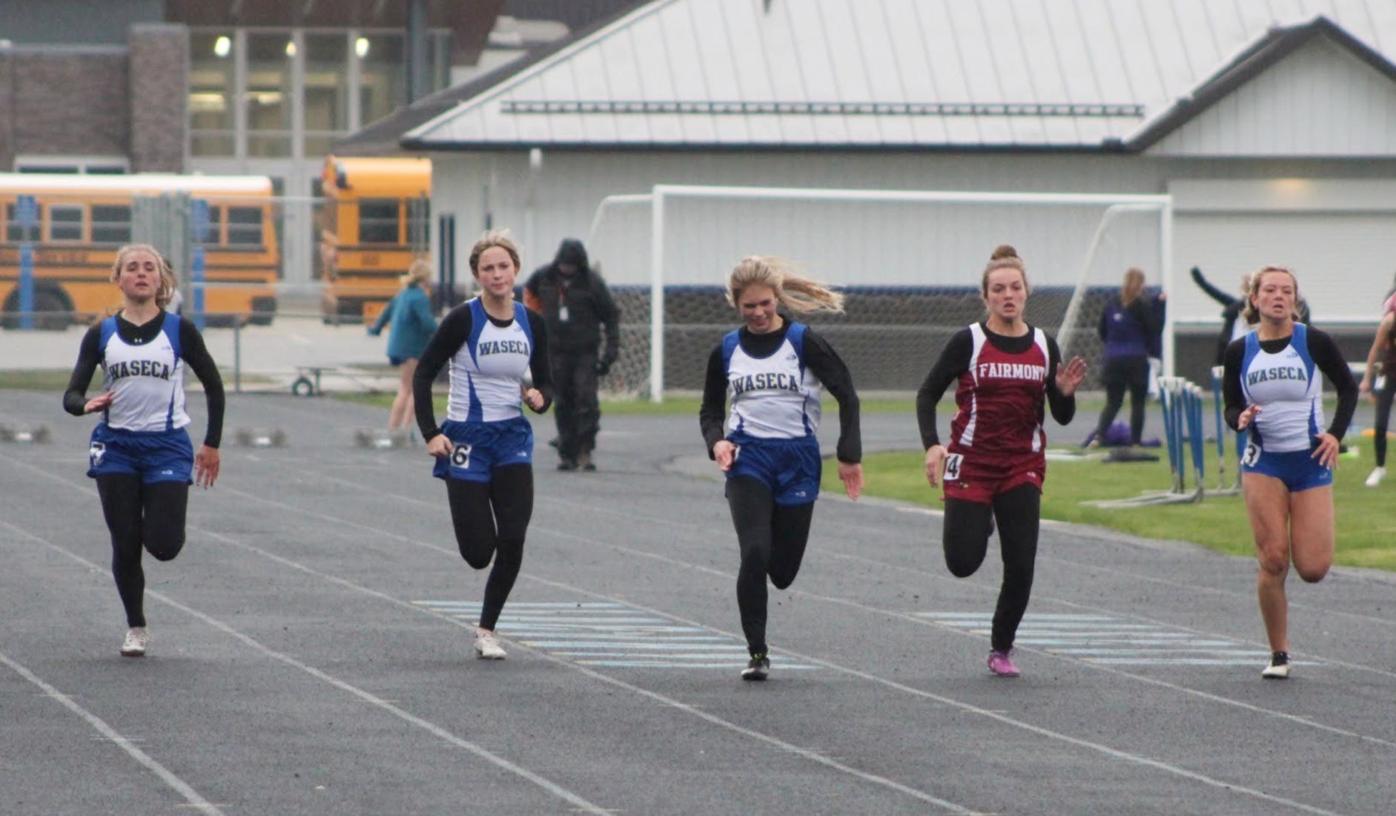 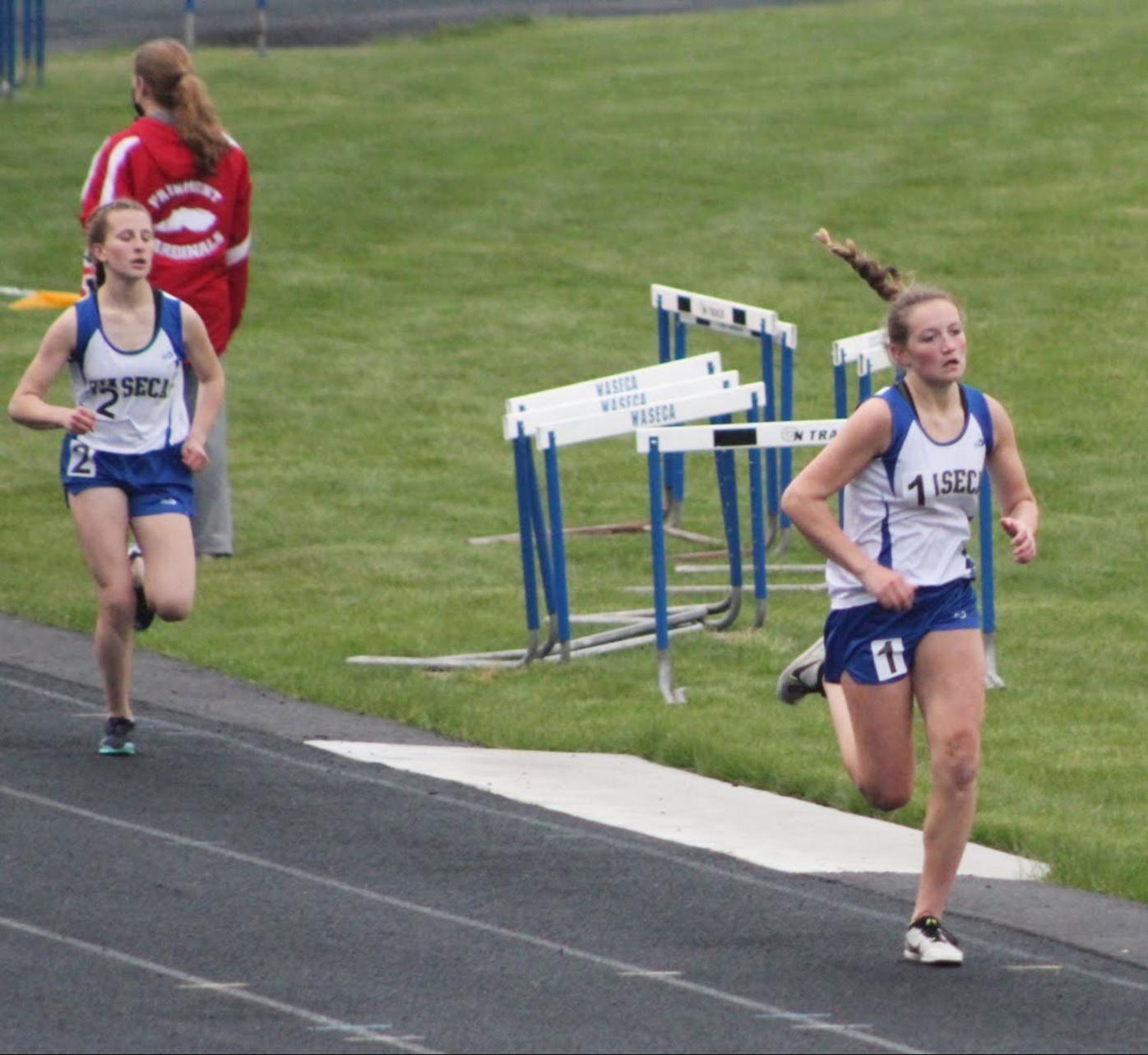 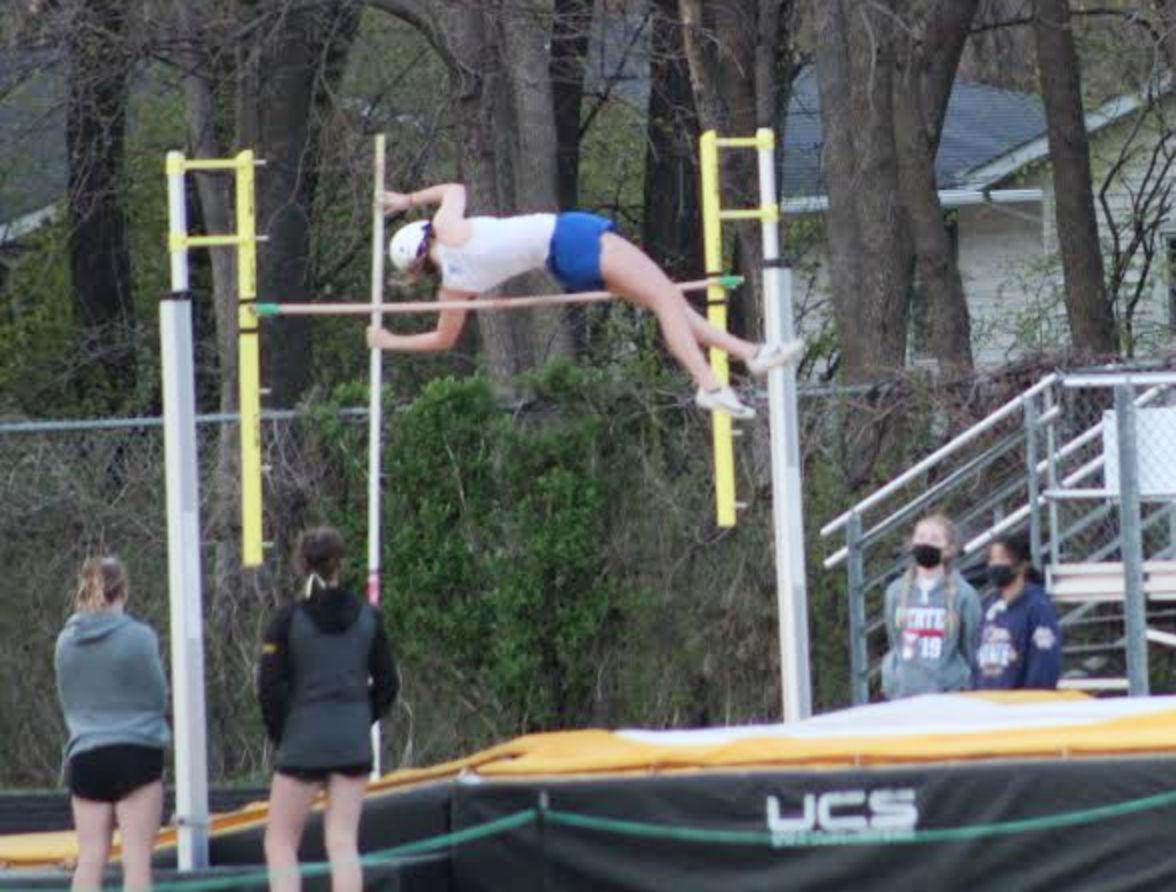 Waseca's Sydney Ludwig finished in second place with a height of 8-feet-6-inches during the meet hosted by Mankato East last Friday. (Submitted photo)

The bats were alive Friday afternoon in Nicollet as the Bulldogs and Raiders combined for 28 runs in what ultimately became a JWP win.

Jonny Daschner earned the win for the Bulldogs, picking up five strikeouts. Jack Morsching led the JWP offense, going 3-for-5 with a triple and five RBI.

Charlie Huttemier defeated Isaac Blumhoefer in straight sets (6-1, 6-1) to remain undefeated on the season as the Bluejays fell to the Eagles last Friday.

The Waseca boys and girls track and field teams participated in a unique event hosted by Mankato East last Friday.

Each event was completed in a relay format and the girls and boys teams finished in third and fourth place overall, respectively.

The NRHEG boys (101) and girls (95) track teams each participated in a meet alongside Blue Earth Area, Maple River and United South Central held at United South Central High School last Friday. Both teams finished fourth overall during their respective portions of the meet.