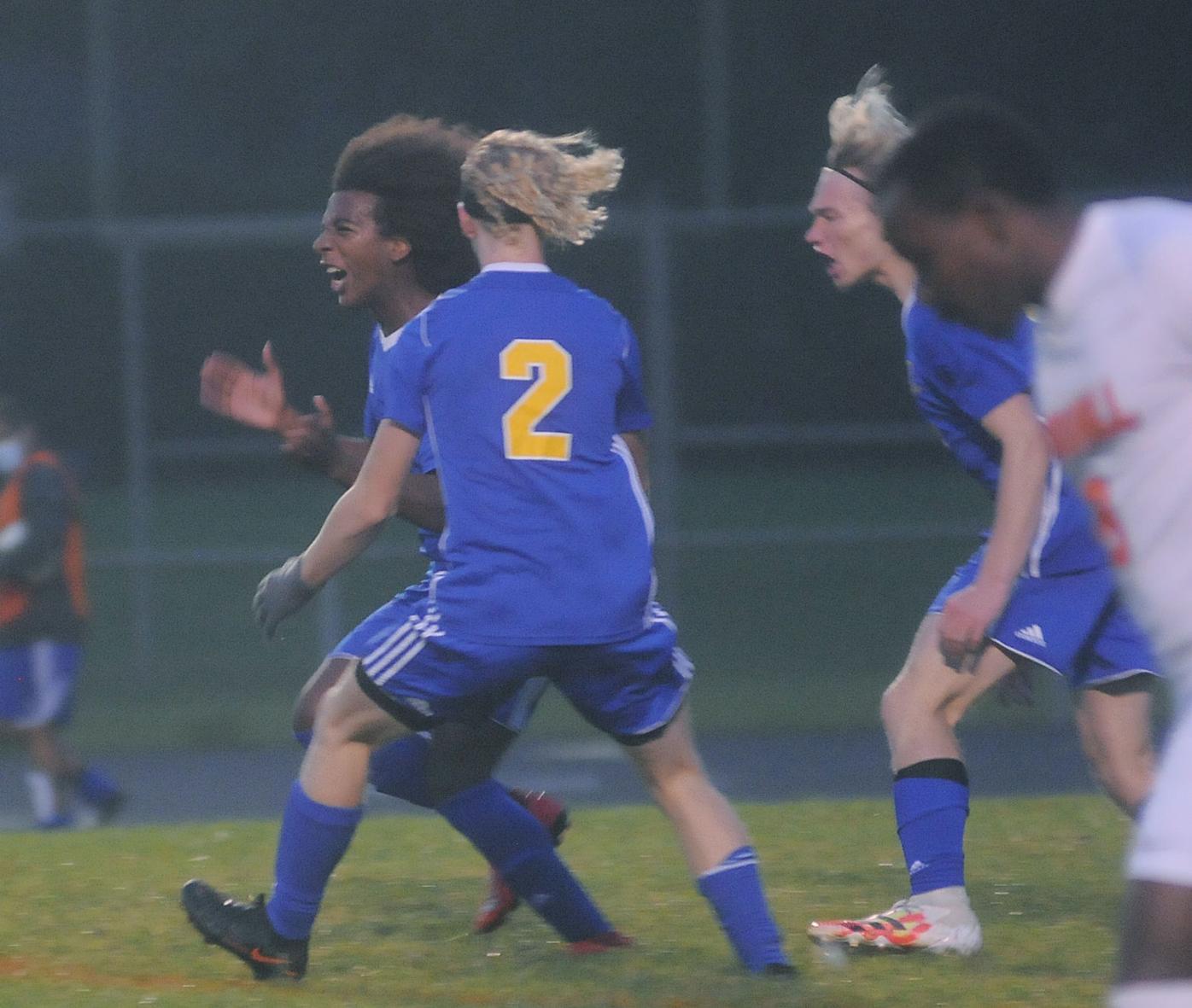 Waseca sophomore Eli Nelson celebrates his first-half goal that put the Bluejays up 1-0. Waseca settled for a 2-2 draw Friday against Marshall in Waseca. (Nick Gerhardt/southernminn.com) 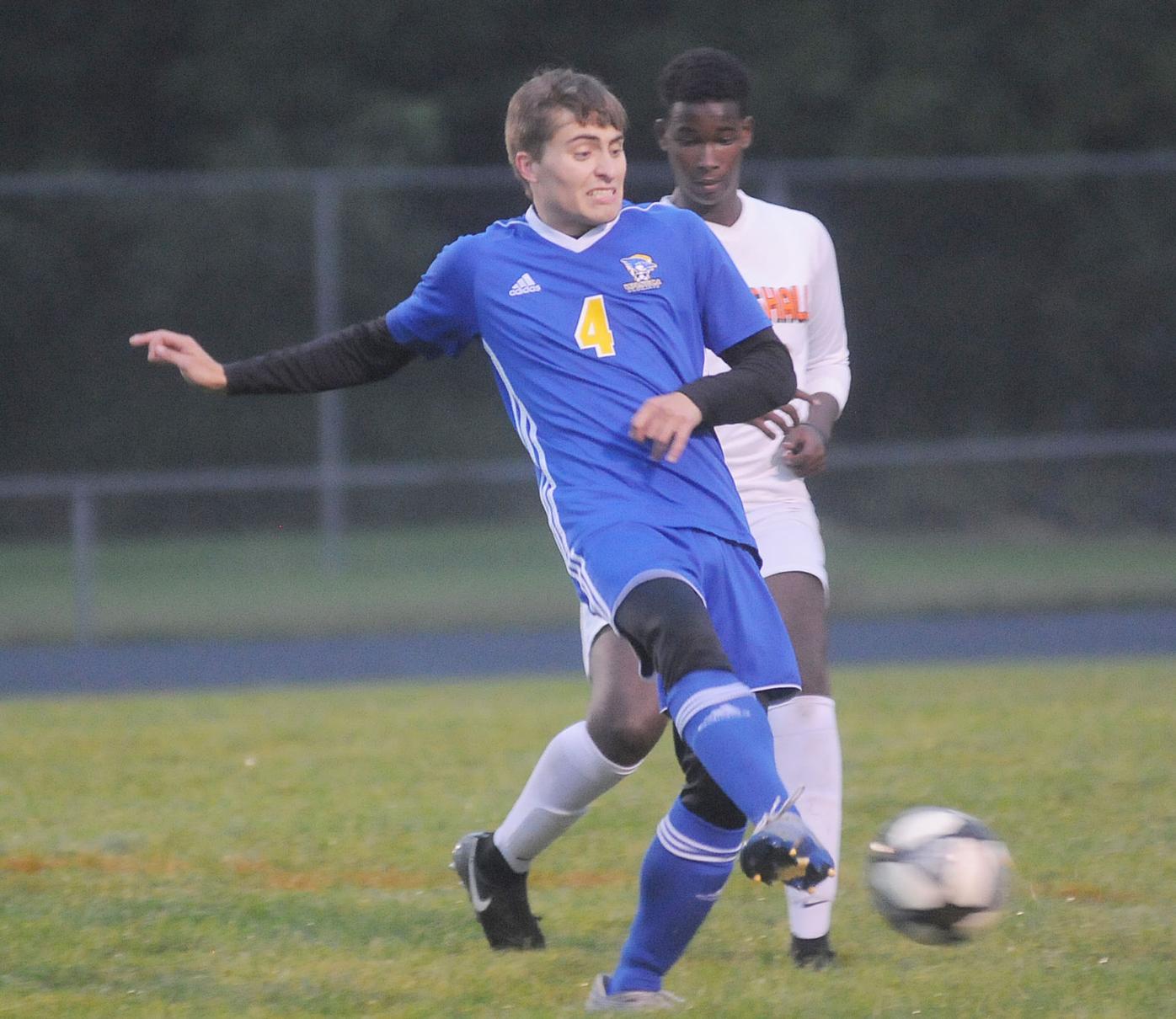 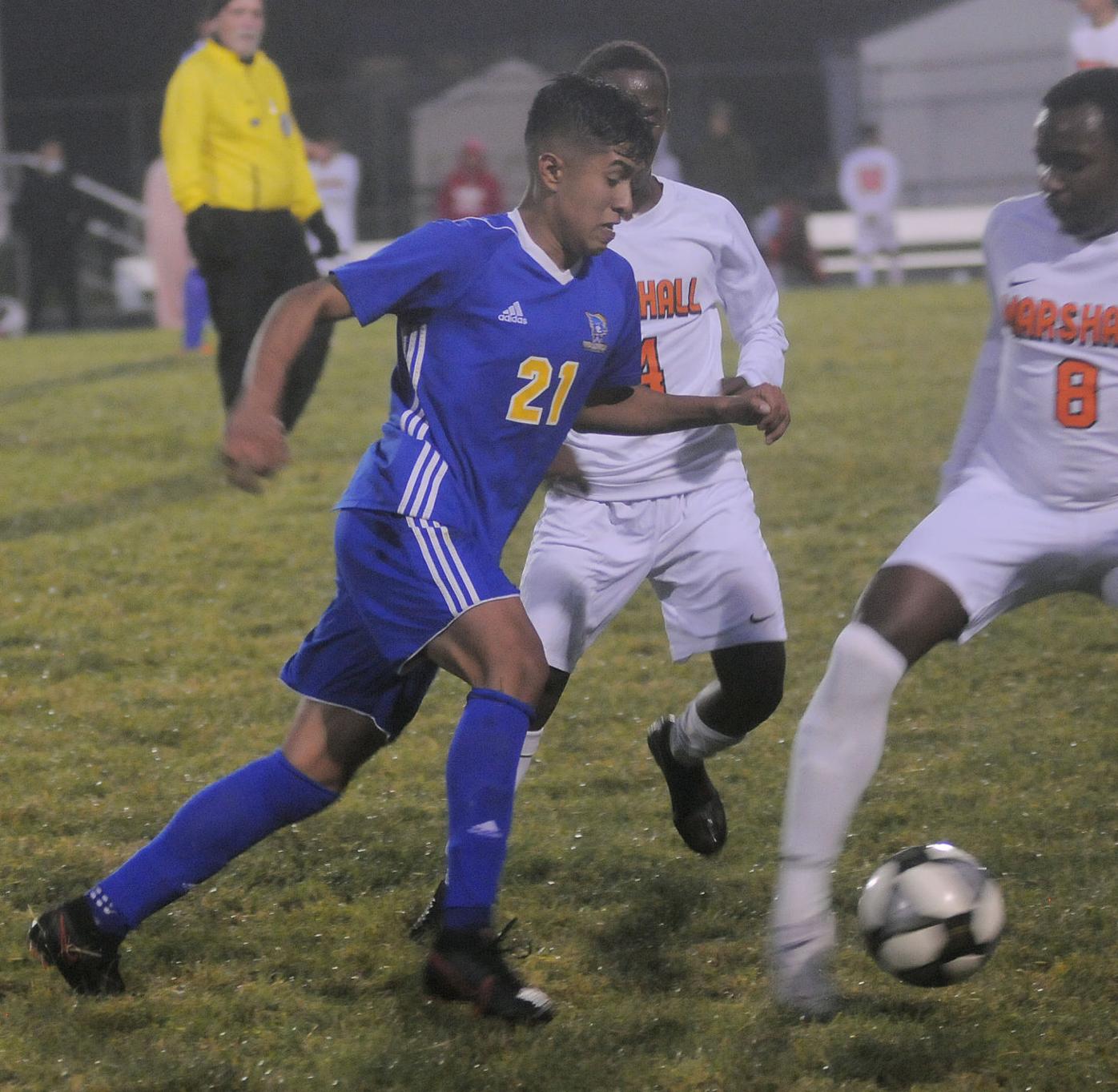 Waseca senior Brandon Lopez tries to split a pair of Marshall defenders Friday in Waseca. Lopez had a goal and an assist in a 2-2 draw with the Tigers. (Nick Gerhardt/southernminn.com)

Waseca sophomore Eli Nelson celebrates his first-half goal that put the Bluejays up 1-0. Waseca settled for a 2-2 draw Friday against Marshall in Waseca. (Nick Gerhardt/southernminn.com)

Waseca senior Brandon Lopez tries to split a pair of Marshall defenders Friday in Waseca. Lopez had a goal and an assist in a 2-2 draw with the Tigers. (Nick Gerhardt/southernminn.com)

Waseca didn’t get the result it wanted Friday against Marshall at Waseca High School but the Bluejays played under unusual circumstances.

Waseca (2-0-1) settled for a 2-2 draw with the Tigers in their first game in 10 days. Friday’s contest also marked the last time the Bluejays will play for at least two weeks after the Waseca school district moved to distance learning for grades seven through 12. Under Minnesota State High School League guidelines, districts in distance learning models can only hold virtual practices.

“It was hard for a couple of reasons,” Bluejays head coach Terry Nafe said. “One, we haven’t played for 10 days. It’s a weird schedule. Getting the news (Thursday) that we’re going to be on pause for at least two weeks is hard. I was a little worried as a coach how they’d react to that. They reacted well.”

Eli Nelson headed home a free kick from Brandon Lopez in the 26th minute to give Waseca a 1-0 lead.

The Tigers (1-0-3) tied the game four minutes later on a strike from Eli Salisbury from inside the 18-yard box.

Lopez struck for a goal of his own in the second half in the 64th minute on a penalty kick he expertly placed into the right corner. Lopez drew a foul inside the Marshall 18-yard box to set up the penalty kick.

“I thought we had the game after I scored that goal,” Lopez said. “The team gave a good effort.”

It looked that way until Salisbury broke free down the left side of the field to score with 6:01 left to play. The game did not go to overtime, per MSHSL guidelines this season.

“It’s tough but it’s good we got the tie and stayed with it the whole way,” senior Sage Lang said. “We fought hard and did the best we could.”

The Bluejays and Tigers split last year’s meetings while Marshall won one meeting and tied the other two years ago.

Waseca sports will remain paused until Sept. 25 for now. Games will be canceled during the pause and not affect records. The Bluejays are viewing the pause as just that and remain optimistic about returning to play.

“We heard about school and we knew it was going to be bad but we wanted this game before the break to be really great,” Lang said. “We’re not going to give up. Hopefully we can get back in it.”