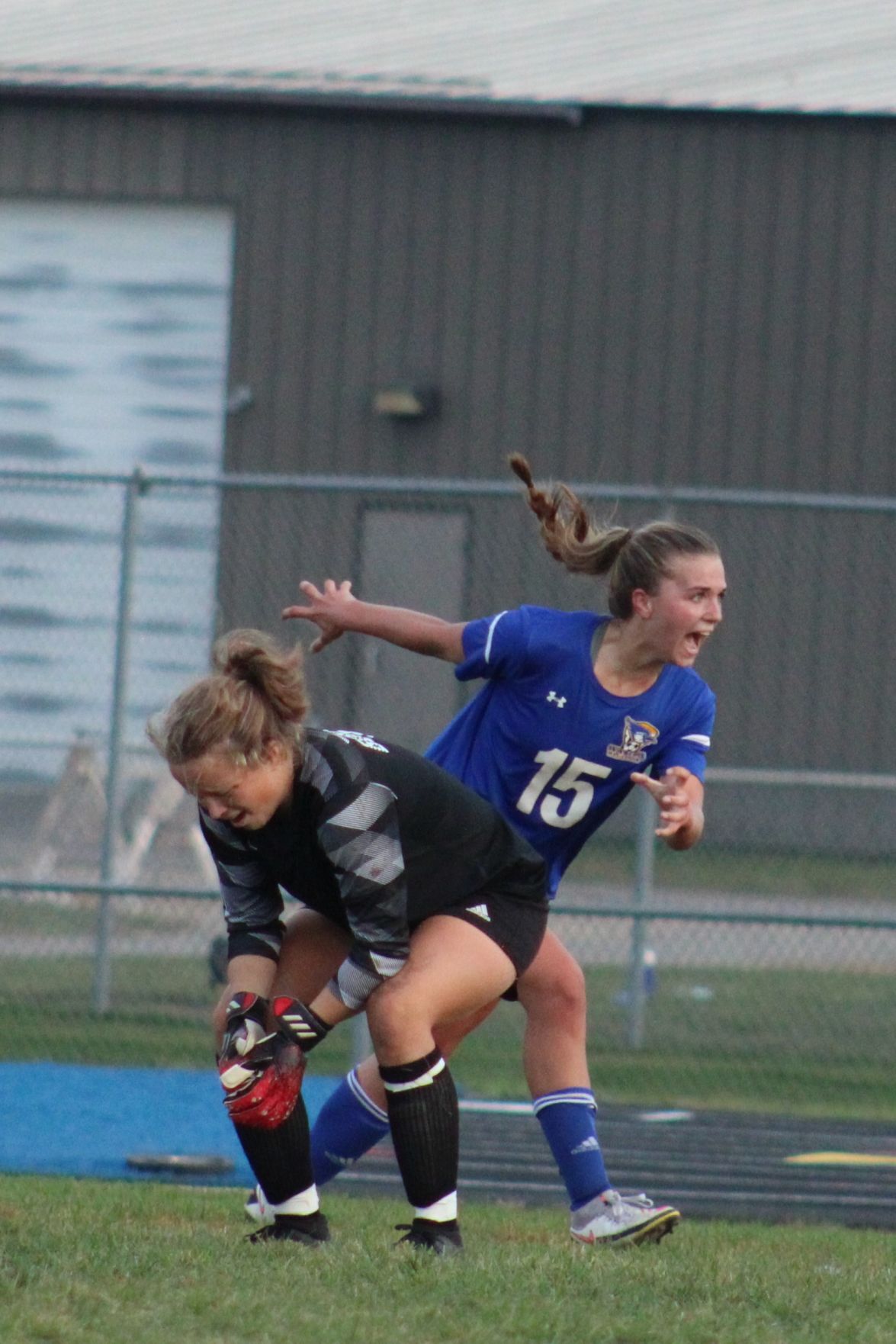 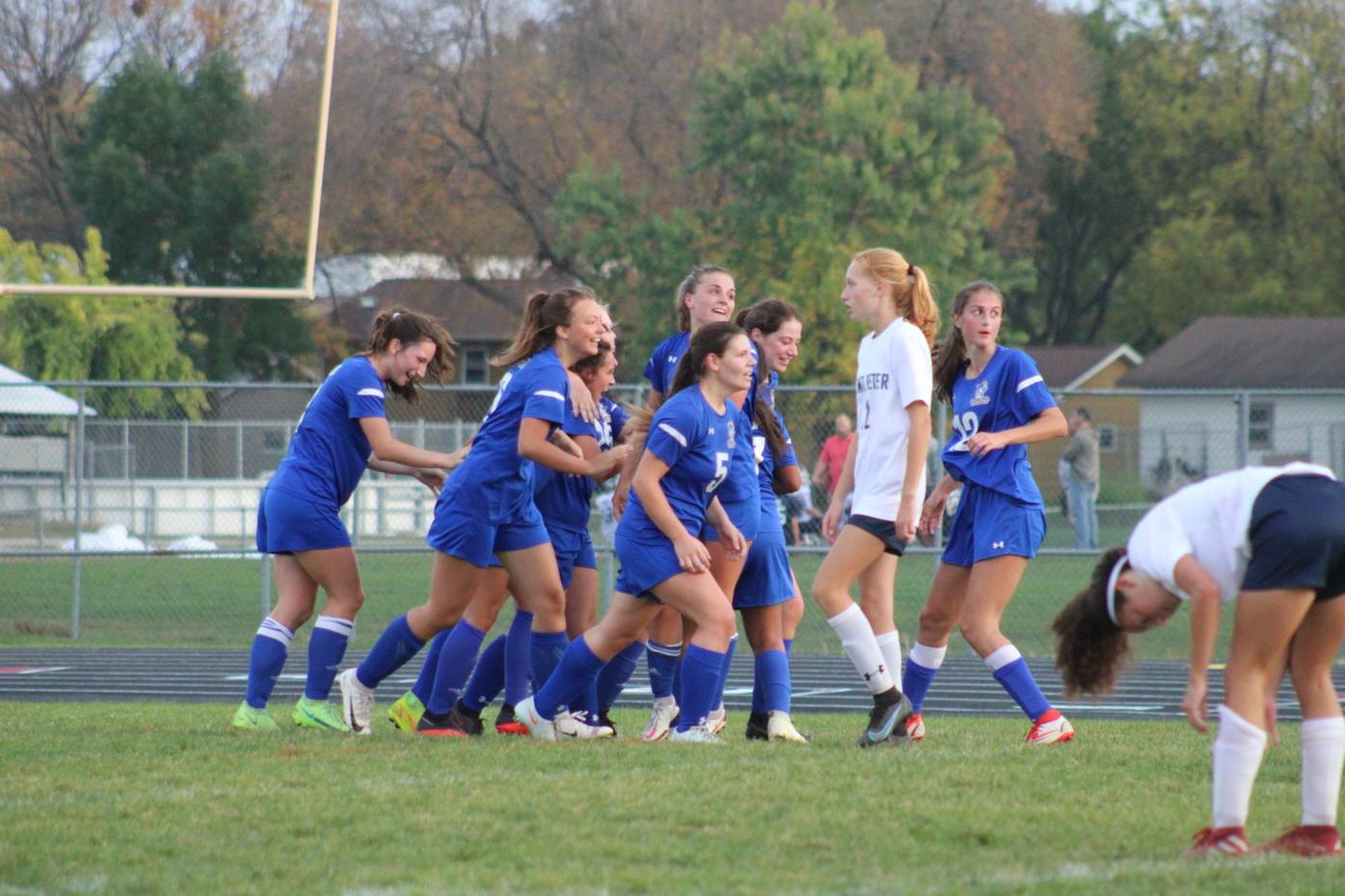 Heading into Thursday’s Big South Conference matchup against St. Peter, the Waseca girl’s soccer team already achieved more than some would assume from a team predominantly made up of underclassmen.

With an overall record of 11-4 and a Big South record of 10-1 ahead of the game, the Bluejays had the opportunity to clinch the Big South Conference Title with a win over the Saints. With a touch of patience and some late game heroics, Waseca did just that and recorded a 3-2 victory over St. Peter.

Down 2-1 with under seven minutes left, the Bluejays got a goal from junior Thyme Lang to tie the game and then recorded the game-winning, title-clinching goal from senior Madeline Bulfer with less than a minute remaining.

In a celebratory post on social media, Waseca head coach Jenaro “JD” Delgado reflected on his team finding their identity throughout the season.

“It wasn’t until our away game against St. Peter, that we took account of the reality in the identity of our team, as the announcer read the school grades of our student athletes. Freshmen, sophomores and even an eighth grader followed the prescribed preparation required to make this one of the most successful regular seasons in our program’s history,” Delgado said in his post.

The final 40 minutes of Thursday evening’s showdown didn’t come easy for the eventual title holders, especially after allowing the first goal of the game to St. Peter within the first minute of the second half.

According to assistant coach Larry Nydegger, Waseca remained patient and stuck with its game plan despite the early goal from the Saints.

With 15 minutes remaining, the Bluejays tied the game thanks to senior Madeline Bulfer, who took a shot and beat the Saints’ goalkeeper. However, St. Peter took the lead again with under seven minutes remaining.

Backed against the wall with time ticking down, the Bluejays upped their pressure and saw the goal from Lang, who had a soft touch into the goal, according to Nydegger.

Continuing with the pressure, Bulfer slipped past St. Peter’s defense and beat the keeper with the game-winning goal, avoiding overtime and capping off a final two minute run that saw the game go from potential loss to title-clinching victory.

“Our juniors and seniors came into the season prepared to answer any request to achieve success on and off the field, sometimes even by playing as many as four different positions in one game,” Delgado said in his post. “It is for that reason, that while it may be a newfound joy, it is not at all surprising that after all the preparation and commitment that this team has displayed, I get to call them and present them to you as 2021-2022 Big South Conference Champions. A heart felt thank you from all the coaching staff to those of you that support us and understand that this type of success is a true reflection of the commitment and active participation in the development of our youth.”

Finishing off the season 12-4 overall and 11-1 in the Big South Conference, Waseca is ranked as the No. 5 seed in the Section 1AA tournament and is slated to go on the road to face Kasson-Mantorville Tuesday night in the opening round of the tournament.