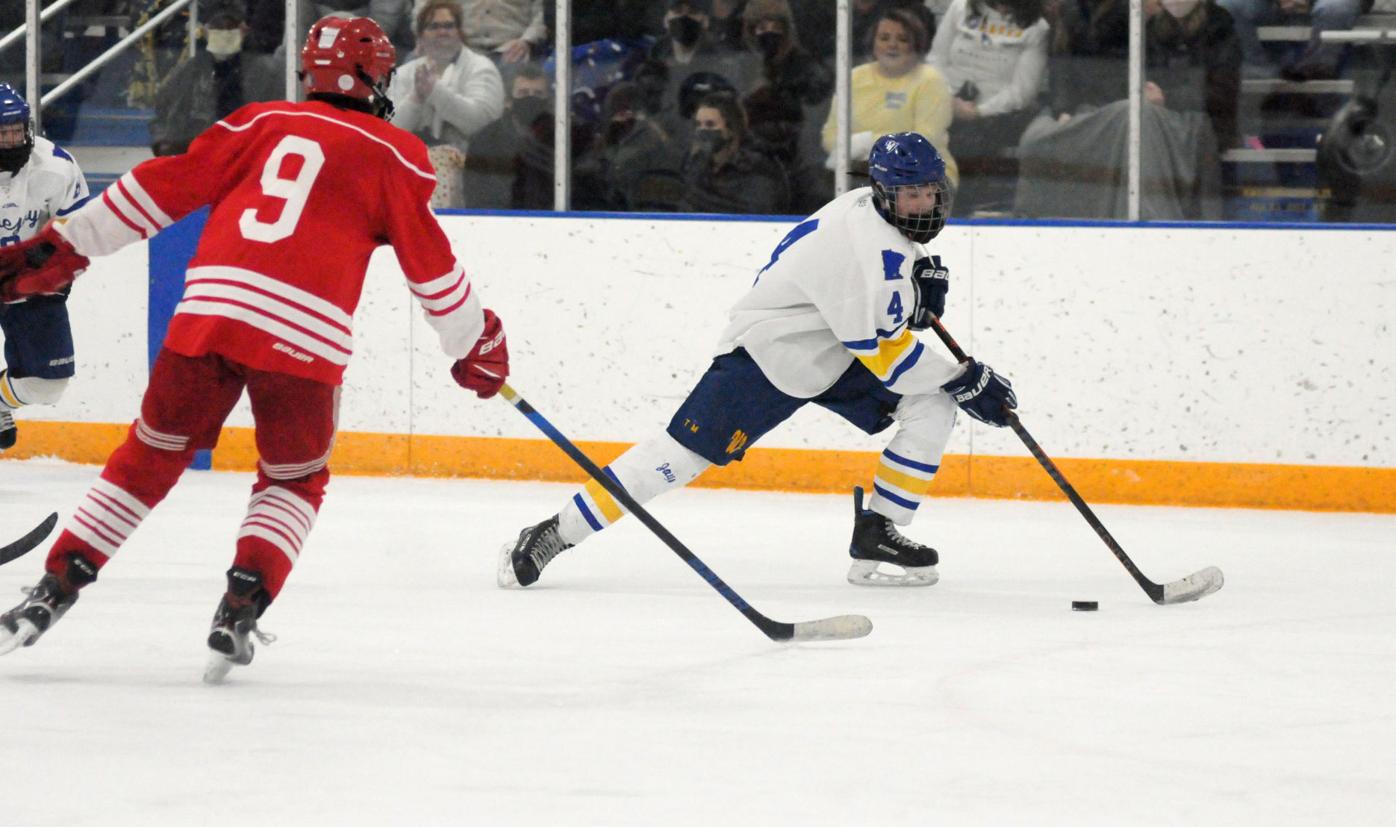 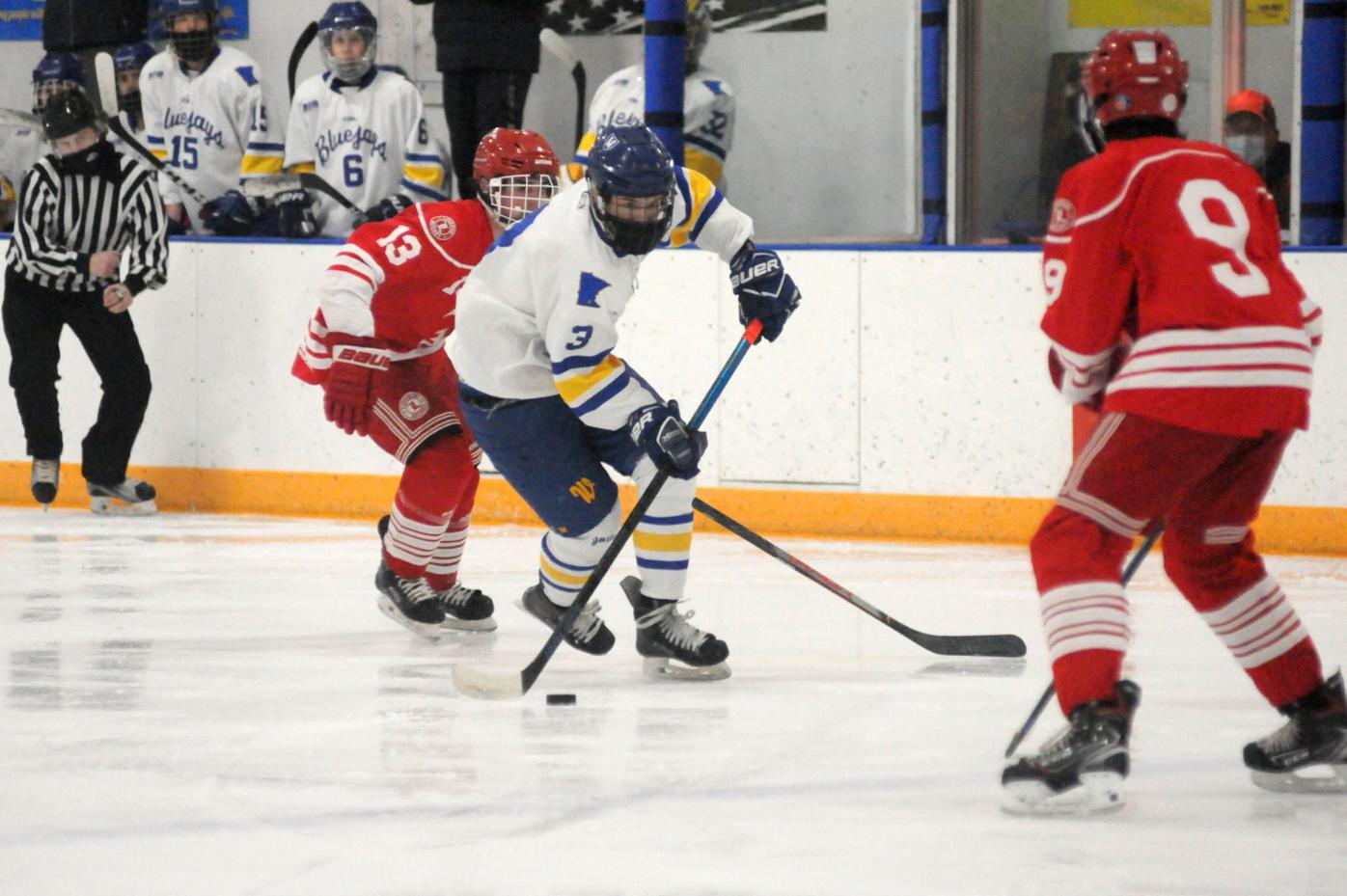 If anything comes of this truncated regular season for the Waseca boys’ hockey team, it perhaps is a heightened rivalry with Big South Conference opponents.

Twelve games into the season the Bluejays have faced six different teams. Their schedule sets up to play each conference foe twice consecutively, once at home and once on the road. That schedule style would have continued to include Worthington on Friday and Tuesday, March 2, but a game against St. Paul Highland Park on Monday, March 1, splits up the true home-and-home.

In the second of a home-and-home against Luverne on Tuesday night, Waseca came back from a two-goal deficit twice to force overtime with a goal in the final minute of regulation. The comeback fell short as Brock Behrend scored his third of the game in overtime to lift the Cardinals to a 5-4 victory in Waseca.

The Bluejays (8-4, 8-4 Big South) moved to 2-4 this season in the second game of home-and-homes against the Big South.

“It’s like college hockey,” Waseca coach Chris Storey said. “We’re just trying play to playoff hockey in the end and that’s what the schedule sets us up to do.’

In the first of two consecutive meetings against Luverne, the Bluejays won 7-1. Tuesday, Storey said the game plan and effort remained the same. The only difference was the score.

All game long, if the space existed, the Bluejays used their speed. The defense handed the puck to the forwards at their own blue line then let the forward streak through the neutral zone.

“We used a lot of speed the first time around too,” Storey said.

“We didn’t any worse than we did the first time...We win one 7-1, we lose 5-4 in overtime, there’s no difference there in our effort.”

With 1:29 remaining in the third period, down by a goal, the Bluejays pulled their goalie for the extra skater. About 35 seconds into the power play, Jarret Ahlschlager’s shot snuck past Luverne goalie Shaid Shearer to tie the game 4-4.

Storey said the team knows now, despite the loss in OT, they’re never out of a game.

“Quite honestly, (after) we got into a hole, I’m just happy to gut it out and get back in this thing because a lot of teams would have quit,” Storey said. “If I’m going to take positive from this, the guys didn’t stop, they kept working hard. That’s just caring about who you are, your community and playing for your school.”

Had it not been for the Shaid Shearer in net for Luverne, the score might have been lopsided in favor of Waseca. The Bluejays had several good, hard shots in the third while trying to erase their deficit. Shearer, on several occasions, came way out of the crease to aggressively cut off any angle.

His play in net in certain moments kept the score where it was, which ultimately led to the teams needing the extra 8 minutes.

It took a while for either team to score. Charlie Huttemier turned and fired a puck into the back of the net from the right faceoff circle in the final minutes of the first to get the Bluejays going. He finished the night with two goals, raising his season total to 18, and tied for ninth most goals in the state.