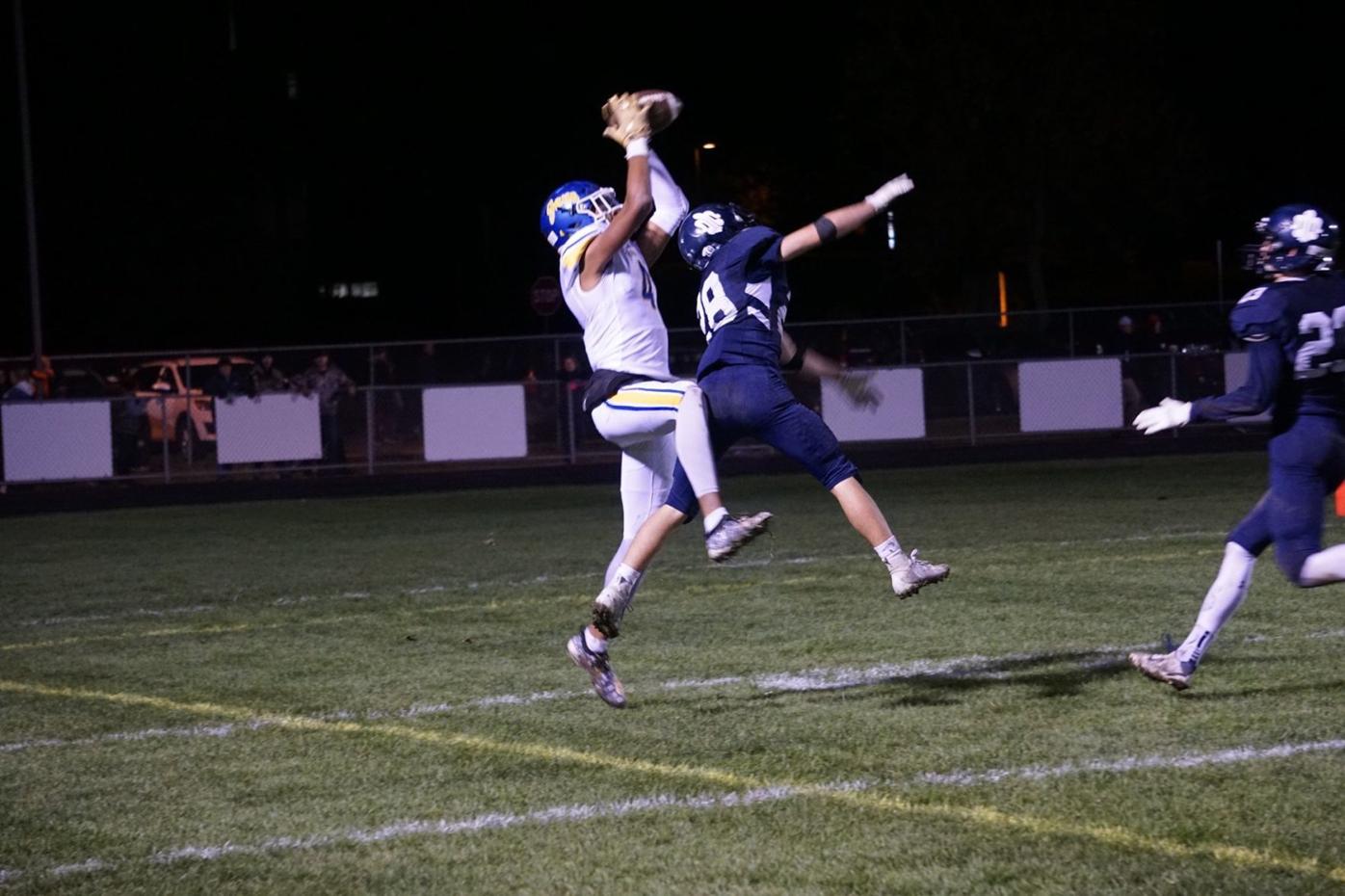 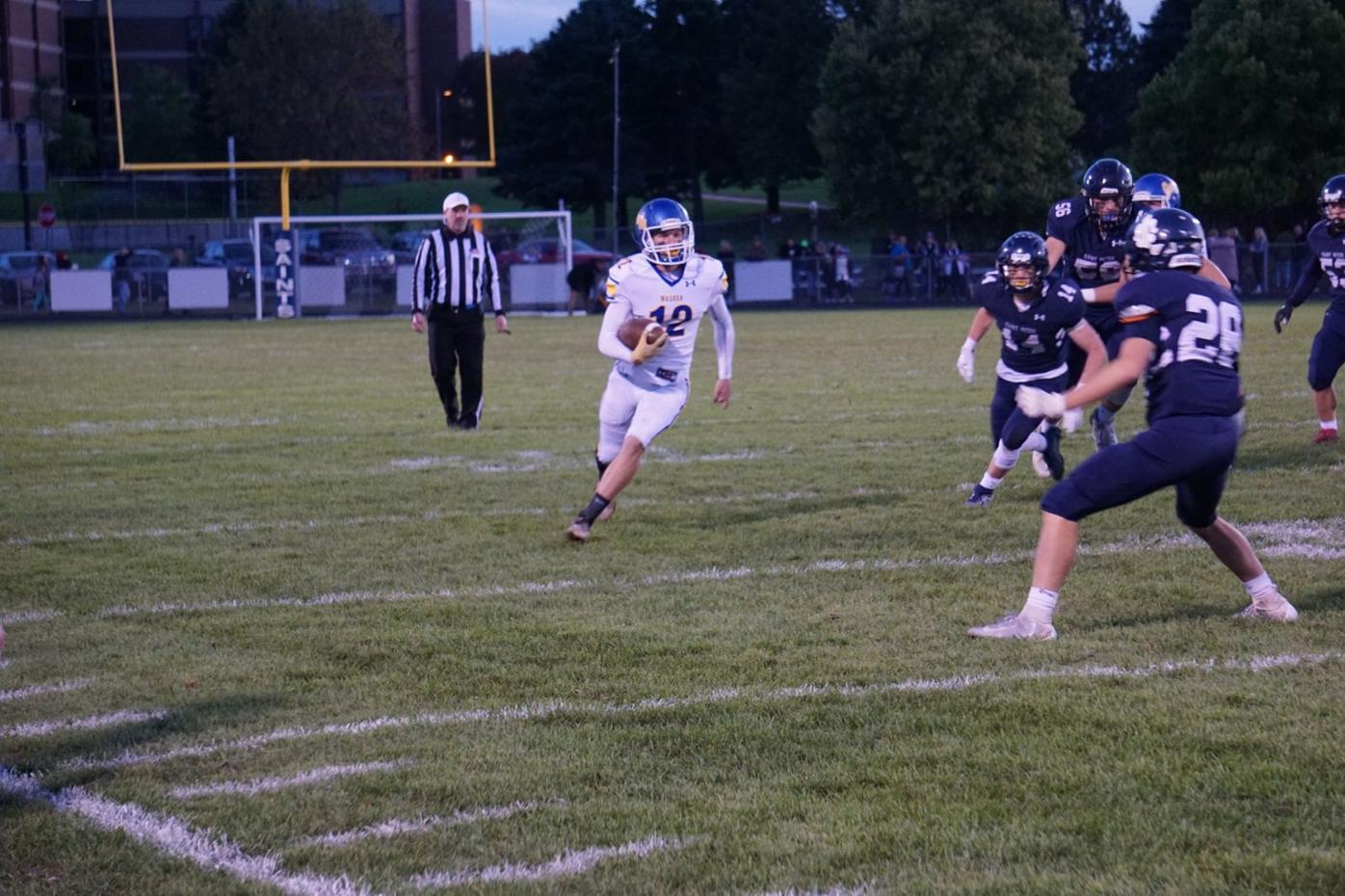 Waseca pulled off a 47-18 road victory on Friday over St. Peter. (Photos courtesy of Barb Hansen) 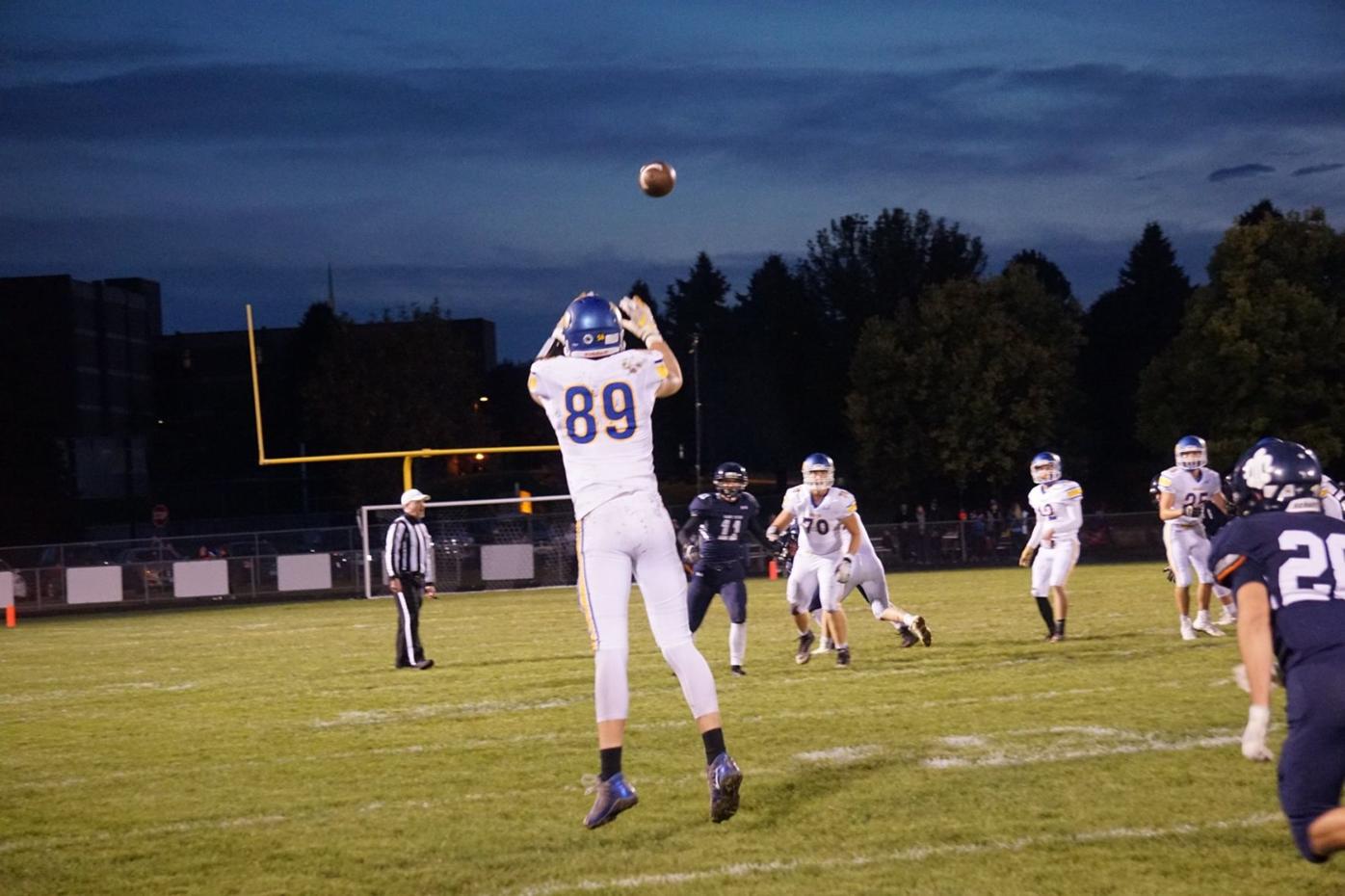 Waseca is 5-1 following their victory and will hit the road again this Friday to play against Marshall. (Photos courtesy of Barb Hansen)

Waseca pulled off a 47-18 road victory on Friday over St. Peter. (Photos courtesy of Barb Hansen)

Waseca is 5-1 following their victory and will hit the road again this Friday to play against Marshall. (Photos courtesy of Barb Hansen)

ST. PETER — The Waseca football team pulled off a road win on Friday evening as they overpowered St. Peter for a 47-18 victory.

Captain Denver Daniel had 17 carries for 113 yards and quarterback Ryan Dufault carried the ball 18 times for 125 yards. Tave Ball was also a big key contributor with six carries for 158 yards.

“Offensively our offensive line continues to excel. We had three players rush the ball for over 100 yards. We had too many penalties which hurt our passing game a little bit but still managed to get a couple big plays. We had a very good night on special teams. Our coverage on kickoff continues to be very good. As a team we still need to work on being disciplined and continuing to develop more maturity and mental toughness. This is a fun team to coach,” coach Brad Wendland said.

Waseca started the game out fast and were able to drive quickly downfield. Their first drive resulted in a touchdown after Daniel took a sweep to the left and found the end zone for the first score of the game with 9:15 left on the clock. Shaun Hulscher completed a successful PAT to make the score 7-0.

Daniel kept things going from there and five minutes later scored again on an 11-yard run for the teams second touchdown of the night. Hulscher hit another solid team to double the Waseca lead at 14-0 with 4:19 left in the first quarter.

The Bluejays defense fell asleep for a moment which St. Peter took advantage of as they struck back quickly with an explosive play. The Saints completed a 63-yard touchdown reception to get on the board but the Bluejays blocked the kick to keep the score at 14-6 with 3:04 left in the first quarter. Waseca followed up with a breakout play of its own less than 30 seconds later as Tave Ball was able to bust loose and break off a 60-yard touchdown run that extended the lead to 21-6 after a successful PAT from Hulscher. Ball put in the team’s third touchdown with 2:50 left on the clock and the first quarter ended with the score at 21-6.

St. Peter possessed the ball and began a slow drive toward the Waseca end zone during the second quarter. The Bluejays were able to stop the Saints march downfield and took over on downs on their own 11-yard line. Both teams had drives that stalled throughout the second quarter and Waseca went into halftime up 21-6.

“I feel like Connor Buchele had a great game and he is getting better every day. Riley Forshee also has stepped up for us a lot the past couple weeks. Also having Andrew Morgan as another receiver really gave us another huge threat in the offense. Some things we struggled with a little coverage still but we are improving each week. Our special teams have really played a big role for our team this year, especially our kickoff team. Lots of sophomores like Mason Dekruif, Jarrett Ashlagger and Jack Nelson have really done an outstanding job on special teams. We did a very good job of our pass game and knowing the situation we were in and where the chains were. Just an overall great team win,” Ryan Dufault said.

Dufault had a great game himself and showed a piece of that in the third quarter when he hit Kyreese Willingham for a 35-yard touchdown with 8:09 remaining in the quarter. The Saints offense produced their second touchdown of the game as they fired a pass for a 15-yard score with 4:29 left in the third quarter. Their PAT failed and the score sat at 27-12 following the missed kick.

Waseca did not hold back in the fourth quarter and Daniel scored again on a two-yard touchdown run with 10:13 left in the game. Tanner Brinkman pulled off a big play as he was able to recover a blocked punt in the end zone for another Waseca touchdown. Hulscher’s PAT was good and the Jays led 40-12 after that with 9:10 remaining. Each team was able to score once more and Ball ripped off a 72-yard touchdown run with 3:46 remaining to help put the game away for Waseca.

“Defensively we had our best game of the year stopping the run. They made some big plays through the air but they have a quarterback with a very strong arm and he’s a playmaker for them,” Wendland said.

Waseca is 5-1 following the win over St. Peter and will go on the road again this Friday to play against Marshall at 7 p.m.