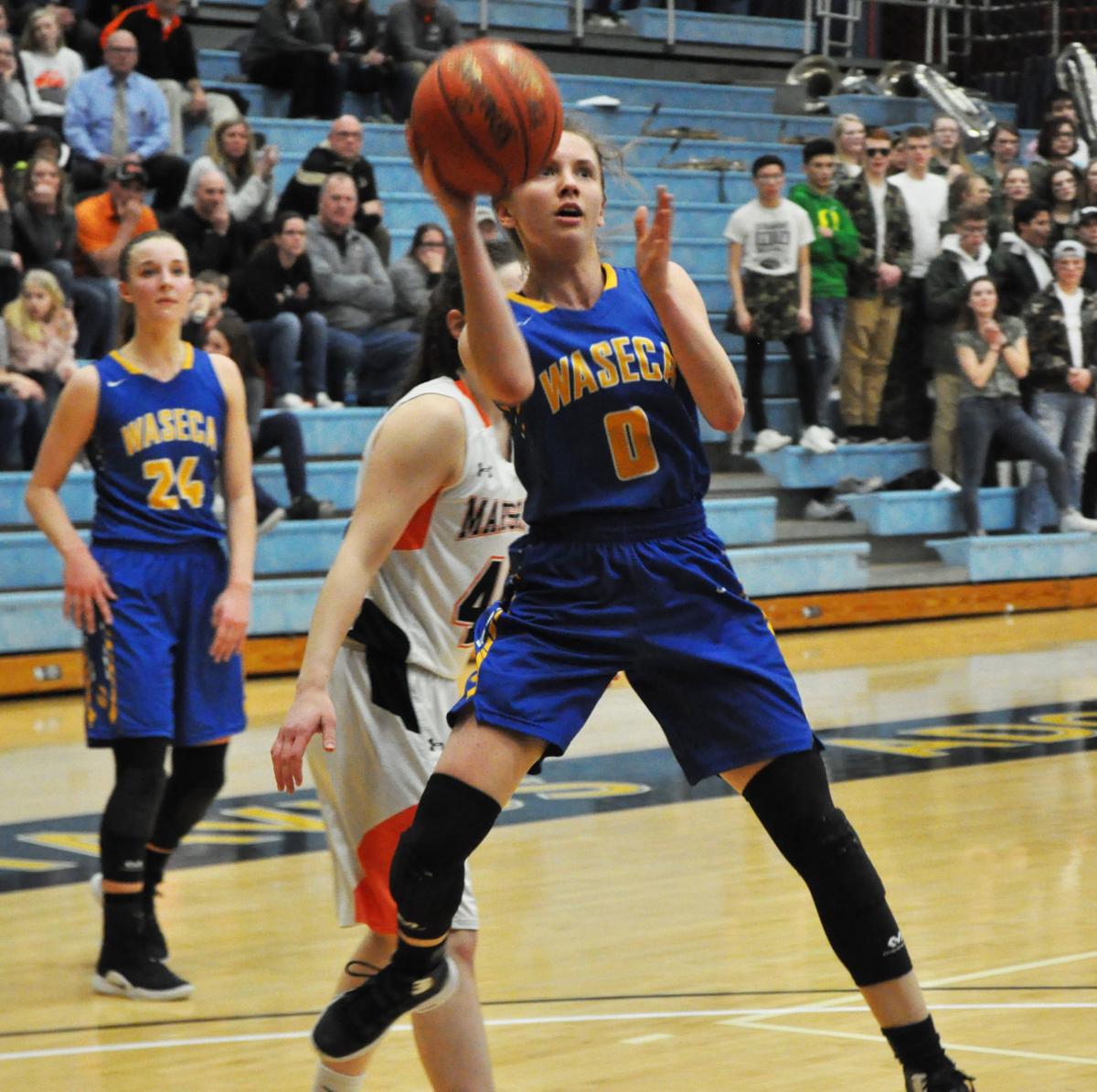 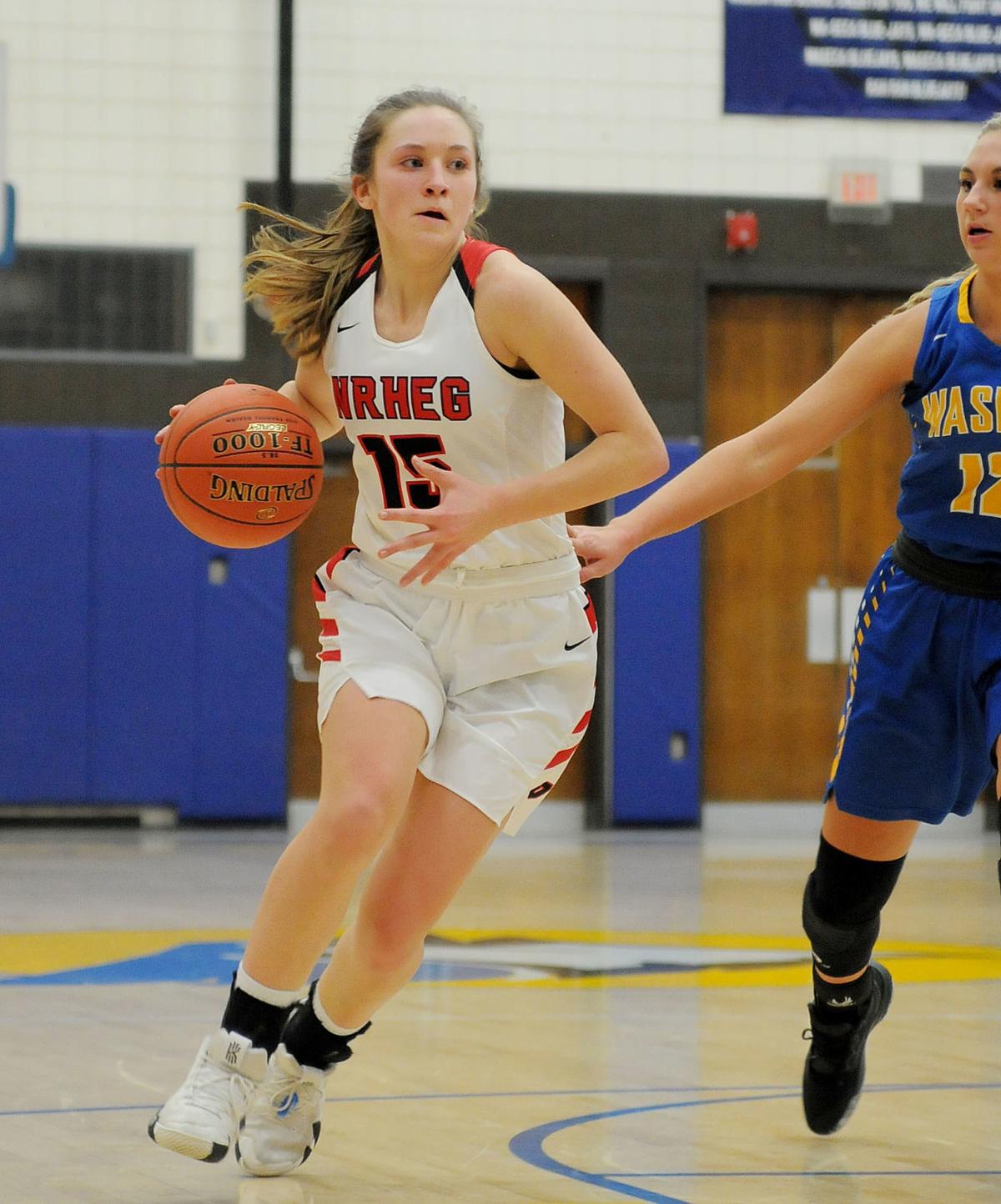 The 2019-20 high school girls basketball season came to an abrupt end as the Minnesota State High School League announced the cancellation of the state tournament following quarterfinal games in order to decrease the spread of COVID-19 but before that happened area teams had plenty to celebrate about the season.

Waseca advanced to the state tournament for the second time in school history and knocked off Pelican Rapids in the Class 2A quarterfinals at Williams Arena at the University of Minnesota. The Bluejays finished with a 25-6 record.

New Richland-Hartland-Ellendale-Geneva experienced an up-and-down season that included a win over state-ranked rival Blooming Prairie. The Panthers saw Sophie Stork record her 1,000th career point as a sophomore and finished with a 13-13 record.

Janesville-Waldorf-Pemberton battled through a tough Valley Conference schedule to finish 7-18 but started playing its best toward the end of the season. The Bulldogs won four of their last regular season games.

The 2019-20 WCN All-Area Girls Basketball Team assembled the players who had terrific years regardless of position.

Gus Boyer, senior, Waseca — Boyer averaged 19.9 points per game and 7.2 rebounds per game for Waseca. Boyer racked up several honors this season, including a Class 2A all-state selection and an invitation to the Minnesota Girls Basketball All-Star Series. The University of Minnesota, Duluth recruit had her season cut short due to an ACL injury but remained an important part of the team through her encouragement on the bench. She leaves Waseca High School second on the all-time scoring list with 1,365 points and fourth in career steals.

Hannah Potter, senior, Waseca — Potter averaged 9.4 points per game and 6.7 rebounds per game. Potter became Waseca’s main 3-point shooter late in the season to help create space for others as team’s tried to double team Rachel Breck in the paint. Potter rose to the occasion, especially in the state tournament. Her four 3-pointers against Pelican Rapids in the Class 2A quarterfinals helped give the Bluejays the room they needed.

Rachel Breck, senior, Waseca — Breck scored 12.9 points a game and pulled down 7.5 rebounds per game. Just a year ago Breck averaged 7.8 points per game and 7 rebounds but she became more of a focal point in the offense this season for the Bluejays, especially after Waseca lost Boyer for the season. Breck was downright dominant on the blocks at times and made an effort for every loose ball within her reach. In the playoffs Breck even took on ballhandling duties to help the Bluejays break the press opponents put on them.

Sophie Stork, sophomore, NRHEG — Stork improved upon a solid freshman season to average a team-high 17.9 points per game. Along the way she picked up her 1,000th career point and is looking like another tremendous guard in a long line of them for the Panthers. Stork also led the team in rebounding with 8 rebounds per game.

Sidney Schultz, freshman, NRHEG — Stork’s backcourt mate gave NRHEG a dynamic 1-2 punch that will cause opponents trouble for a couple of more years. Schultz averaged 15.6 points per game and 4.2 rebounds a game. Schultz led the team with 4.2 assists per game. Schultz also beat out Stork for the team lead in steals with 44, Stork finished with 40.

Mandy Gruis, senior, Janesville-Waldorf-Pemberton — Gruis led the Bulldogs in scoring with a 9.1 points per game average and helped get them going throughout the season. The senior also pulled down nearly three rebounds a game.

Amanda Sack, senior, Janesville-Waldorf-Pemberton — Sack led JWP at the point guard position and provided leadership as one of four seniors. She also averaged 5.6 points per game and 2.2 rebounds. She showed the quickness to get to the lane and the ability to find open teammates.

Emma Johnson, junior, Janesville-Waldorf-Pemberton — Johnson finished as the second leading scorer for the Bulldogs with a 7 points per game average. She also finished second on the team in rebounding with a 3.3 average and led the team with 1.4 assists per game. Johnson will return next season for JWP and will be leaned on as a top returner.

Brittney Draeger, junior, Waseca — Draeger had big shoes to fill after senior point guard Gus Boyer went down with an ACL injury and she grew into the spot to help the Bluejays to the Class 2A state tournament. Draeger averaged 8.6 points a game and 3.2 rebounds per game when she moved into a starting role. Then in the playoffs, her scoring average increased to 9.2 a game.

Erin Jacobson, freshman, NRHEG — Jacobson gave the Panthers another option on offense this season and put up nearly six points a game. She finished second on the team with 119 rebounds for 4.7 average. She’s part of a core of returners that will try to turn NRHEG into a force next season.