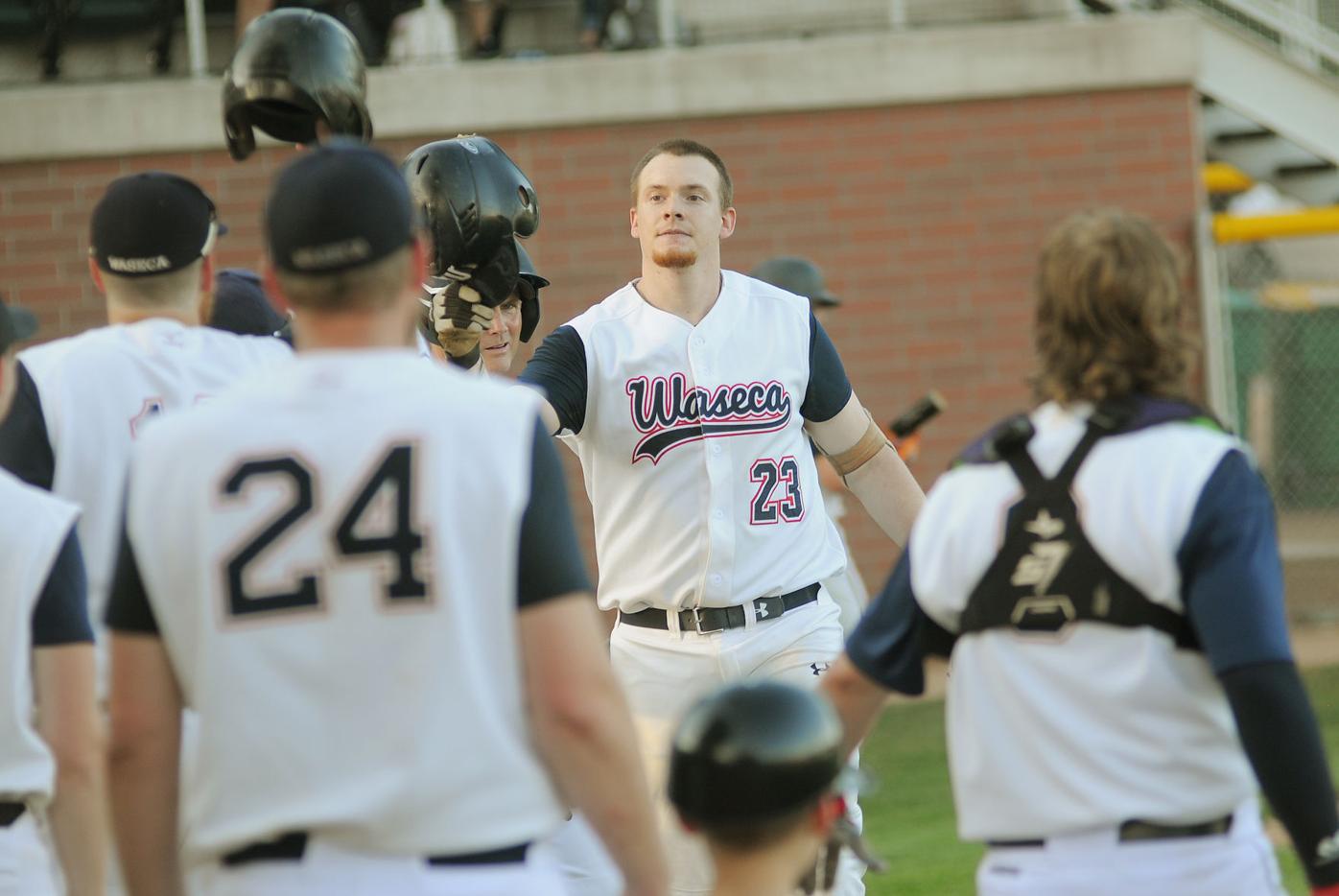 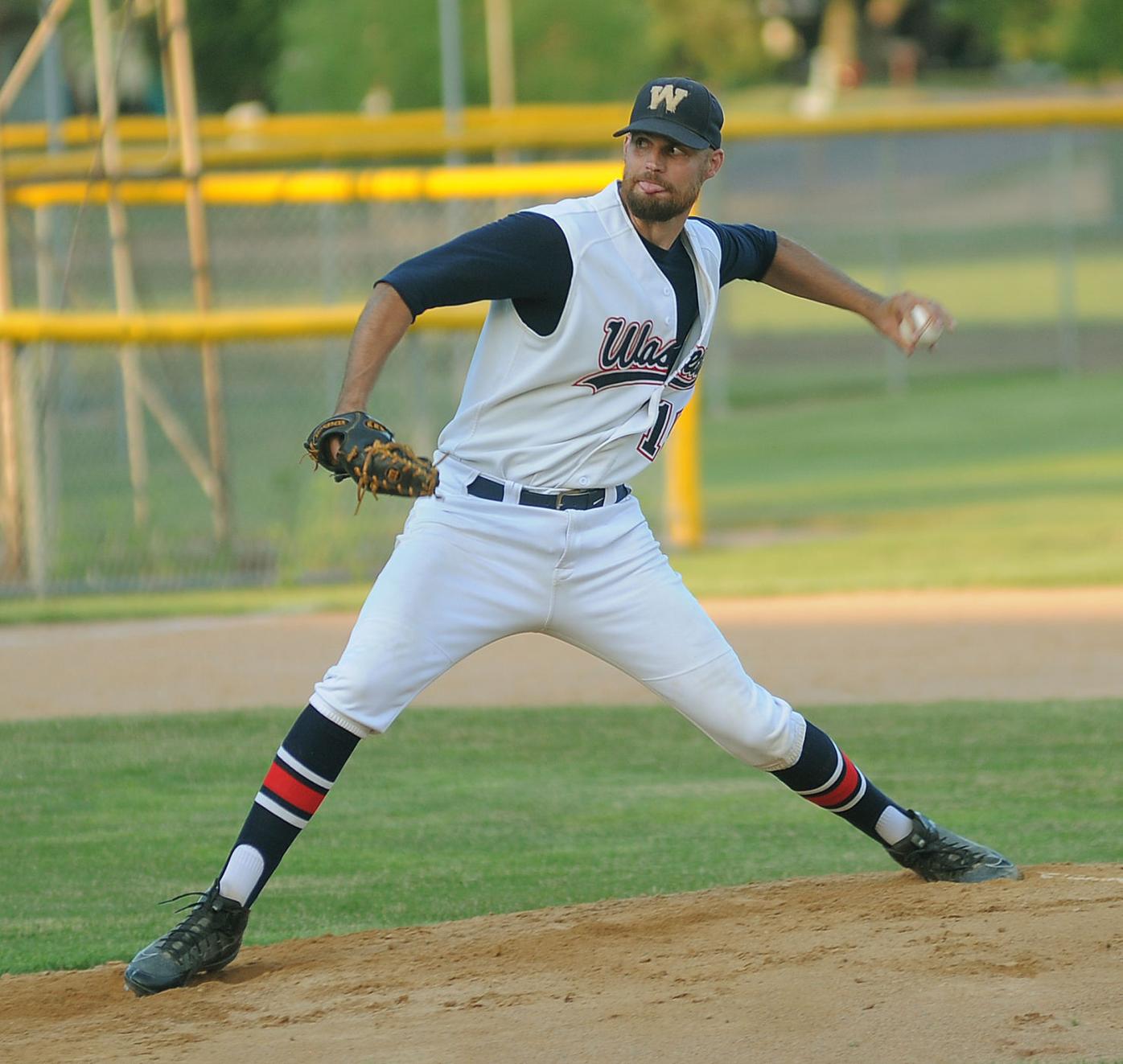 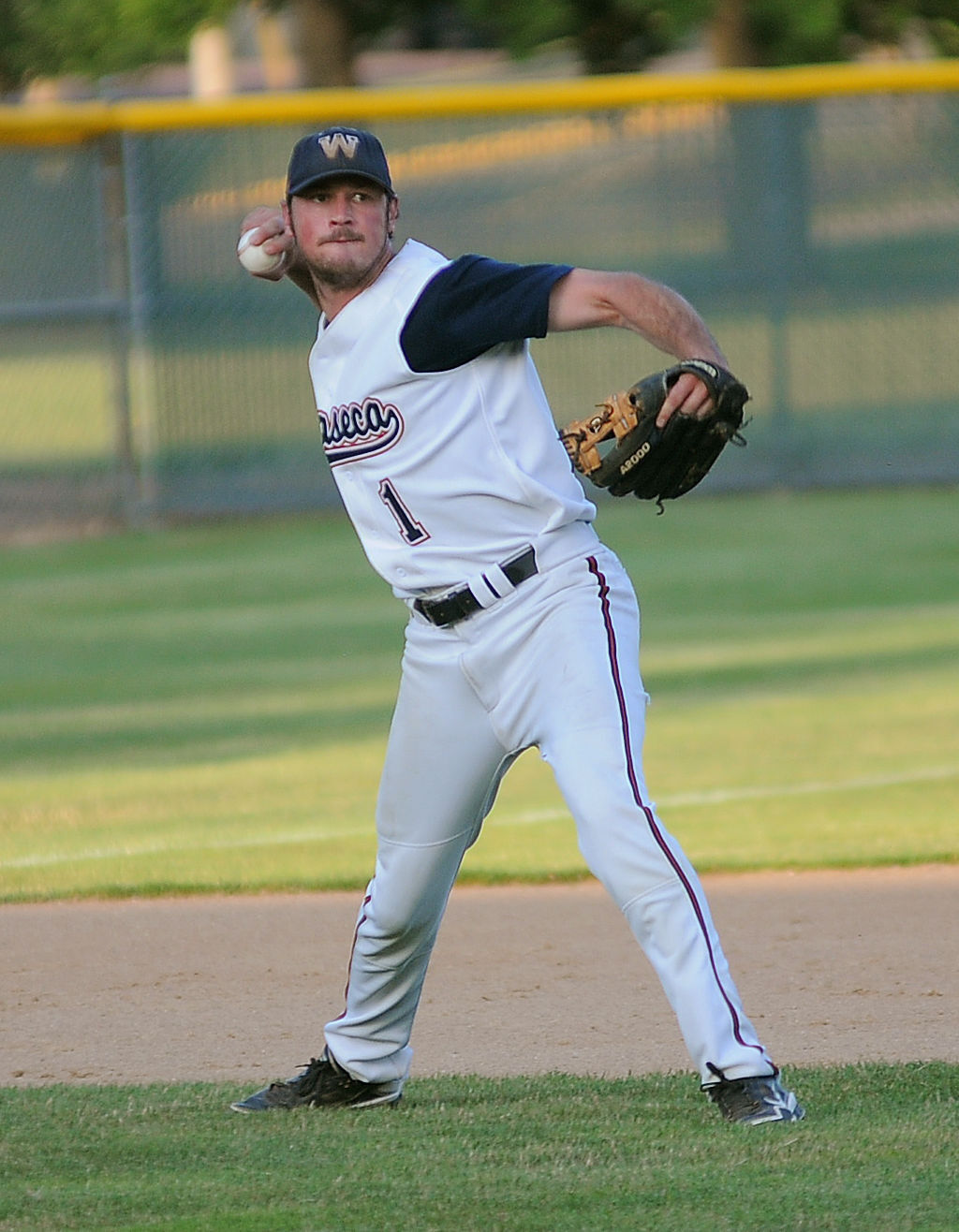 Waseca came out with a bang or more descriptively a loud crack of the bat Friday against Owatonna at Tink Larson Community Field in Waseca.

Braves’ center fielder Kyle Waugh connected for a two-run no-doubter home run in the bottom of the first inning and Waseca held on for a 7-5 win despite a four-run ninth inning by the Aces.

The Braves added four more runs in the second inning for a 6-0 lead. Ryan Wangen singled and Erik Simmons singled to start the inning. Both moved into scoring position on stolen bases and Wangen scored on an Alex Feeney ground out to third. Cam Madsen walked with one out and moved into scoring position with a stolen base. Simmons scored on a dropped ball at first base and Kelvin Nelson singled to score Madsen and Cody Ulfers.

Nelson finished 3-for-4 with three RBI and Madsen finished 2-for-3 with a run to lead Waseca, which finished with seven hits.

Owatonna got a run back in the fifth inning when Matt Simon connected for a solo run, but that’s all the Aces got off Nelson, who started for the Braves.

The Braves added a run in the eighth inning after Ulfers drew a lead-off walk and Chris Glynn also walked. Nelson hit a double to score Ulfers to make it a 7-1 game.

Nelson threw six innings and allowed one run on four hits. He walked four and struck out nine. Simmons came on in relief for 2 ⅓ innings before he ran into trouble in the ninth inning. He exited with one out in the ninth and the bases loaded after giving up three runs on four hits, four walks and striking out three. Simmons got charged for a fourth run when Madson came in and got a ground out and a strikeout to end the game.

“A nice win, although it got a little scary at the end,” Tink Larson said. “We had a seemingly safe 7-1 lead going into the ninth inning and all of a sudden they had the go-ahead run on base. It was sure nice to see Cam Madsen come in and get a strikeout to end the game and leave the bases loaded.”

Aces’ shortstop Dexter Leer drew a lead-off walk to start the ninth and Tucker Alstead followed with a single before Kodey Kiel smacked a three-run home run to make it a 7-4 game. Travis Hilstad grounded out to bring in another run and draw the game to 7-5 and Matt Simon drew a walk to load the bases for Leer, who struck out to end the game.

“We are fortunate that Owatonna left 15 runners on base,” Larson said.