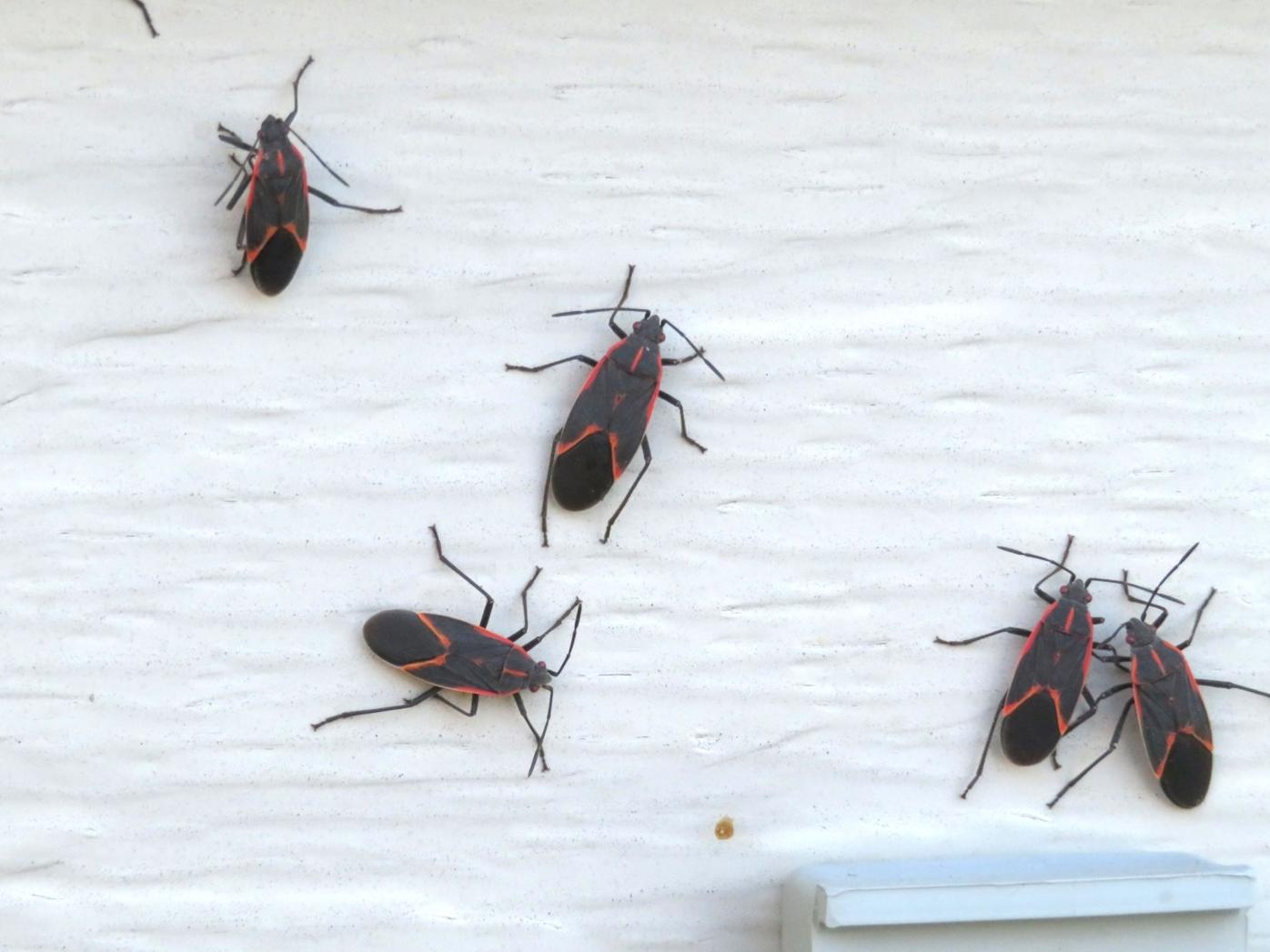 These adult boxelder bugs, in search of hibernation shelter, are attracted to the warm, sunlit sides of a residence. (Photo courtesy of Scott Moeller) 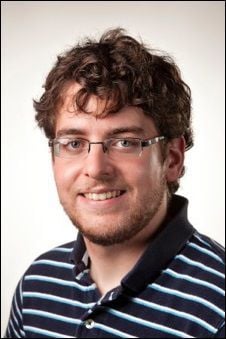 You know there is a big population boom of boxelder bugs once you get back-to-back calls to the Extension Office.

These black and red insects gather in warm areas during fall, looking for a place to overwinter. This causes conflict when that “warm area” is someone’s front door. While not considered an economically important pest, they can still pose a headache if they get stranded in the house.

Boxelder bugs stain certain fabrics and can smell if crushed. Control is straightforward with them, and using insecticides is rarely needed. Soapy water can help kill the adults outside. Specifically, the US Forest Service recommends ½ of dry detergent per gallon of water. Otherwise, focus on sealing gaps where the animals can enter the house. If they get past your defenses, removal via dust pan or vacuum works.

Does the drought have anything to do with the increase? Historically, during the Dust Bowl and the drought of 1988, large numbers of boxelder bugs were recorded by scientists and Extension services. However, we do not know if a hot and dry season automatically means more boxelder bugs. In nature, drought can help certain insect pests through several different ways. Perhaps one or more of these could explain the boxelder bug baby boom.

One way is fewer predators due to the dry weather. Spiders are thought to prey on boxelder bugs, but drought effects on arachnids are not clear cut—and there are lots of different types of spiders. Each species may react differently. While not strictly speaking a “predator”, fungal pathogens are also important for destroying pests.

Spider mites and aphids often fall victim to these diseases in certain years. A lack of rainfall and higher temperatures could reduce fungal spread between pests, removing a key control. Remember, we do not have clear, specific information about diseases that kill boxelder bugs, nor what amount of rainfall is needed for any mystery disease to thrive. It is possible — even probable — that boxelder bug attacking fungi exist, we just do not know how the dots connect right now.

Another way drought can help pests is indirectly through their food. Drought stressed plants tend to have higher concentrations of nutrients in their sap, making a tasty and healthy meal. This could apply to boxelder bugs, since they usually feed on tree seeds and leaves.

The boxelder (a type of maple) is their favorite food source, but they are known to feed on other maple relatives or ash trees. Both ash and maple were certainly stressed this year, and some produced more seeds than normal, a process called “masting”. These developments would have delighted a boxelder bug.

There are additional reasons an insect might thrive during drought, such as laying more eggs, an accelerated life cycle, or other biological changes. Again, we also do not know if these hold true for boxelder bugs. Since these insects are not considered a serious pest of agriculture orforests, most research dollars go elsewhere, and extension educators like me are made to ponder.