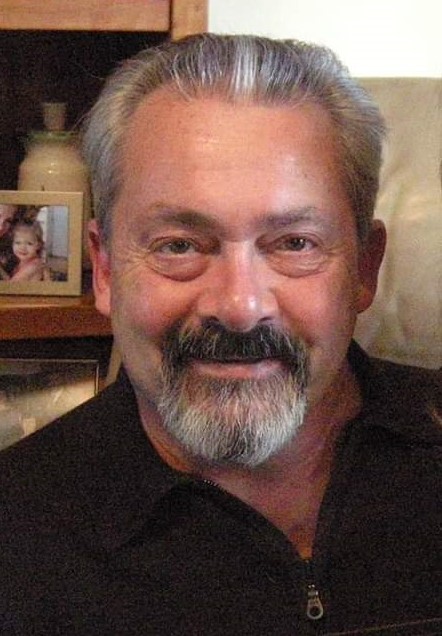 Galen Spain 1954–2019 Otisco—Galen Spain, age 65, of Otisco, passed away on Monday evening, December 9, 2019 at his home. Funeral Service will be 2:00 PM on Sunday, December 15, at Starkson & Steffel Funeral Home ~ McRaith Chapel of Waseca with Pastor Michael Behm officiating. Burial will take place on a later date. Visitation will be from 4-7 PM on Saturday, December 14, at Starkson & Steffel Funeral Home ~ McRaith Chapel of Waseca and continue for one hour prior to the service on Sunday. Galen Mark Spain was born on February 21, 1954, in Albert Lea to Theodore and Ruth (Huff) Spain. He attended Albert Lea High School and graduated with the class of 1972. In 1973, Galen was reacquainted with a long time friend Elaine Godeke and on September 21, 1974, they were united in marriage at the Hollandale Reform Church. Together they lived in rural Waseca for a short time before moving to Otisco in 1982. Galen began working after graduating from high school at EF Johnson in Waseca in their warehouse and worked his way through the ranks to become the Director of Operations for DataRadio retiring in 2009. It was following his retirement that Galen was able to find his true passion in life, serving others at the Waseca County Food Shelf. It was through this service that Galen was able to touch many lives and lend a helping hand to those in need. At a young age he acquired a passion through his father for HAM Radio. Galen also enjoyed traveling, camping, and trolling democratic websites. He will be remembered for his sense of humor, infectious laugh and the kindness that he shared with all who knew him. Blessed be his memory. Galen is survived by his loving wife of 45 years, Elaine; children: Ben (Stacey) Spain of Woodbury, Sarah (James) Olson of Willow Lake, SD, and Daniel (Kristen Page) of Canon City, CO; grandchildren: Isaiah and Hannah Spain, Marisa (Logan) Twait, and Athena and Corbin Page; one great grandchild, Harper; father, Ted Spain of Albert Lea; sister: Sheila (Stephen Gomes) Spain; nieces, nephews other relatives and many friends. Preceded in death by his mom, Ruth. www.wasecafuneral.com