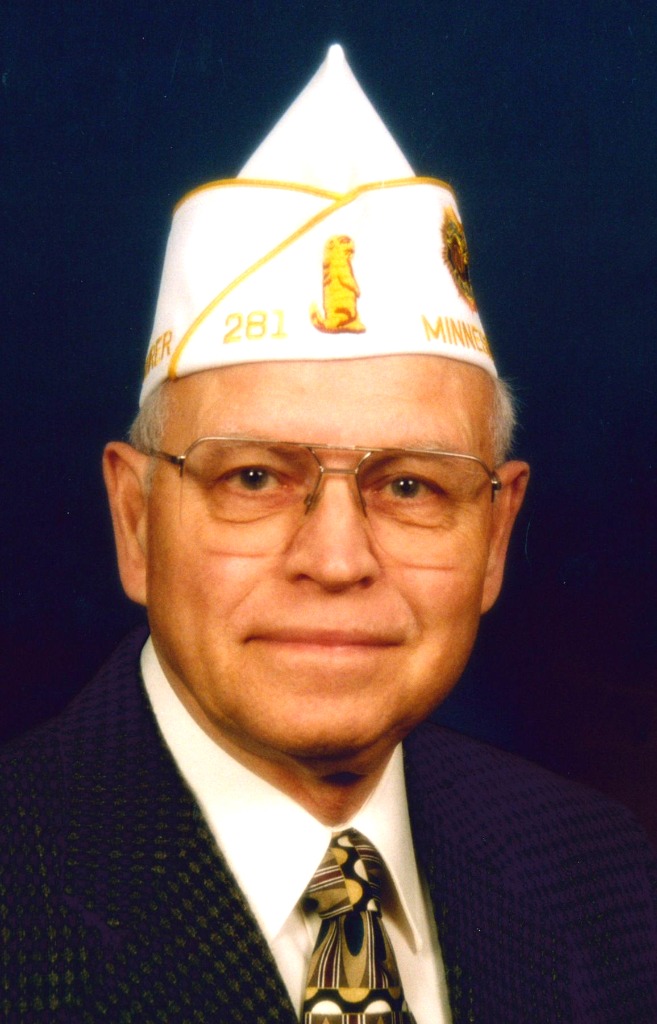 Eugene S. Kahnke 1929–2020 West St. Paul—Eugene S. Kahnke, age 91 of West St. Paul, died peacefully surrounded by family on Sept. 19, 2020 at Methodist Hospital in Rochester after a long struggle with heart disease. Gene was born on March 25, 1929 to Sebastian and Regina (Schmidt) Kahnke in Waseca County, Minnesota. The youngest of three boys, he was raised on a farm, attended grade school in a country schoolhouse, and graduated from Janesville High School in 1947. He entered the U.S. Navy in 1951 during the Korean War and was honorably discharged with a heart disability. He married Mary Ann Templin at Holy Rosary Catholic Church in North Mankato on September 4, 1952. Gene was a farmer in Waseca County for a number of years and then studied accounting at Mankato Commercial College in the mid-1960s. After working as an accountant for two years in Owatonna, the family moved once again to Farmington when Gene became the Comptroller for the State Department of the American Legion in St. Paul. He retired in 1995 with more than 26 years in the position. During his tenure, he worked with numerous Legion programs, including the Lyle Mickelson Fund, Heart Research Foundation, Legionville Corporation, Kidney House Fundraiser, and the Brain Science Foundation. As a lifetime member of the American Legion (Post 281 – Janesville), the VFW, ANAVICUS, and the Disabled American Veterans, he volunteered considerably with many veteran organizations. Because of his tireless efforts as an advocate for veterans, Governor Arne Carlson declared July 8, 1995 as "Gene Kahnke Day" in Minnesota. During his retirement, Gene was a 12-year member of the West St. Paul Planning Commission and a steering committee member with the Beyond the Yellow Ribbon Program, and he enjoyed gardening, woodworking, and traveling with his wife. A lifelong Catholic and past Treasurer of the Catholic Order of Foresters, Gene also participated in various church activities over the years, ranging from ushering to finance committees. He will be remembered as a warm and caring individual that loved spending time with his family and friends. Gene was preceded in death by his parents; brothers Lawrence Kahnke and Alvin Kahnke; sisters-in-law Margaret Kahnke and Phyllis Brunner; brother-in-law James Templin; and son-in-law Timothy Orlando. He is survived by his loving wife of 68 years, Mary; children Catherine Orlando of Lake Elmo, Daniel (Debbie) Kahnke of Elko-New Market, and William Kahnke (David Tukua) of Alexandria; grandchildren Sarah (Steve) Carlson, Matt Orlando, Jeffrey (Christine) Kahnke, Ryan Kahnke, Alex (Miranda) Kahnke, and Breanna (Eric) Schofield; 10 great-grandchildren; sisters-in-law Aurelia Kahnke and Rogene Templin; brother-in-law Patrick (Joan) Brunner; 12 nieces and nephews; and many dear friends and extended family. Visitation 9:30-11 a.m. Saturday, Sept. 26 at Willwerscheid West-Heights Chapel, 235 Wentworth Ave., West St. Paul followed by a Mass of Christian Burial, 11:30 a.m. at the Church of St. Joseph, 1154 Seminole Ave., West St. Paul. Interment Resurrection Cemetery. Memorials preferred to Legionville Safety Camp or donor's choice. Arrangements by Willwerscheid West-Heights Chapel, 651-457-7938

To plant a tree in memory of Eugene S. Kahnke as a living tribute, please visit Tribute Store.
Load comments