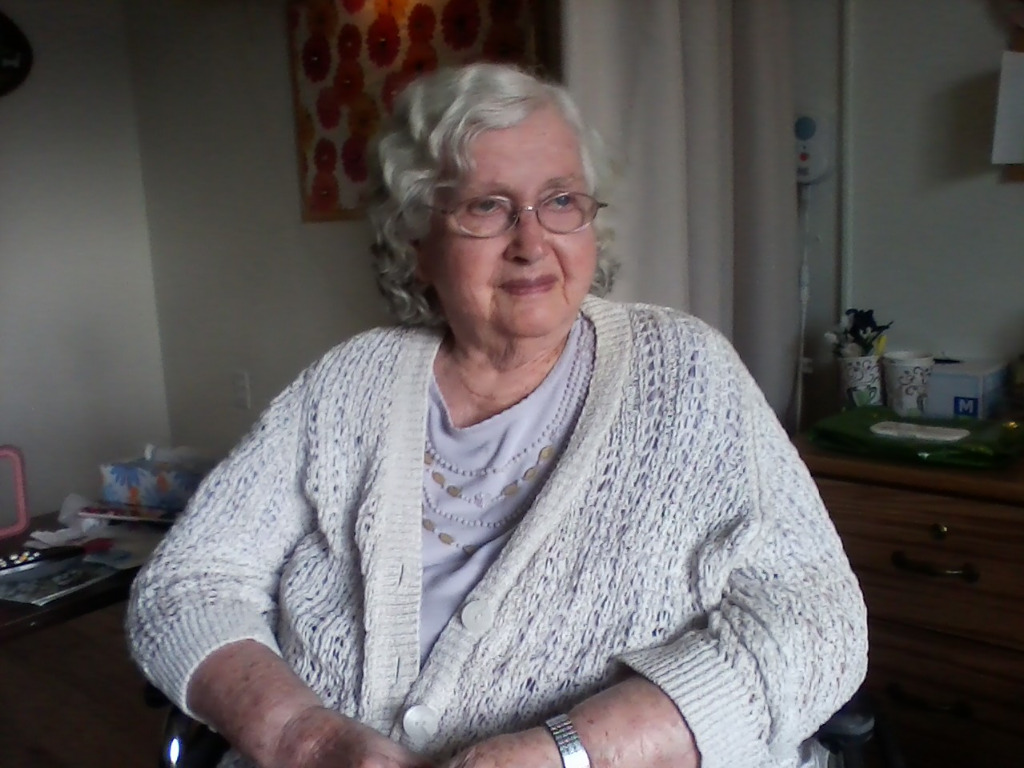 Margaret I. Dobberstein Waseca—MARGARET IRENE DOBBERSTEIN, age 93 of Waseca died on Monday, July 27, 2020 at the Lake Shore Inn in Waseca. Margaret Berndt was born in Alton Township, Alma City to Walter and Augusta (Volkmann) Berndt on June 28, 1927. She attended District 70 of Waseca, then Waseca High School and graduated from Waldorf High School. Margaret worked at Johnson's Variety Store, Johnson Radio during WWII, and A.J. Anderson's Creamery of Waseca right after high school. She married Art Dobberstein in 1948. To their union, three children were born. Together they built the family farm and raised dairy cattle, then beef cattle, hogs, chickens, and grew corn, wheat, and soybeans while raising a family. In her later years, she worked at Waseca Bird's Eye and Wal-Mart in the deli and as door-greeter for over 15 years. She had such a special smile and gave generously from her heart. She is survived by two daughters, Lois (Charles) Meacham of Lino Lakes and Linda Dobberstein of Bloomington; four granddaughters, Rose, Mackenzie (Daniel), Emily and Rachel; and one great grandson, August. She is also survived by three sisters, Mable Dobberstein, Selma Reb, and Mildred Whittlef; one brother, William (LouAnne) Berndt; sister-in-law, Jan Backlund; and many numerous nieces and nephews. She was preceded in death by her parents; husband, Art; son, David; sister, Dorothy Stoeckel; and brother, Kenneth Berndt. Funeral services will be held on Monday, August 3, 2020 at 11:00 AM at First Lutheran Church in Waldorf. Visitation will be held on Monday, one hour before services at the church. Burial will follow at First Lutheran Cemetery in Waldorf. dennisfuneralhomes.com

To plant a tree in memory of Margaret I. Dobberstein as a living tribute, please visit Tribute Store.
Load comments