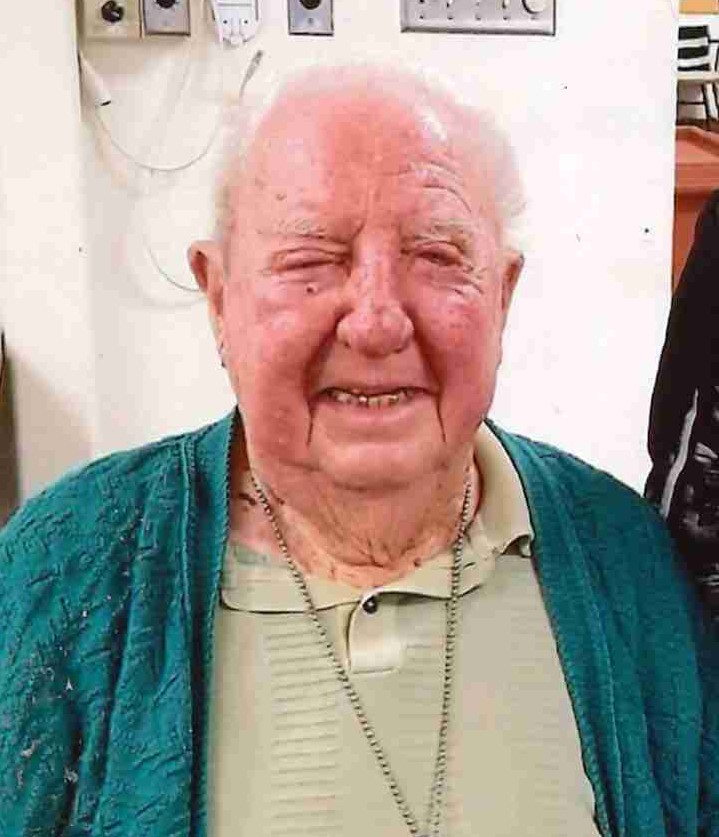 Donald Borneke 1929–2019 Waseca—Donald Francis Borneke, 90, formerly of Eagle Lake died on Tuesday, December 10th, 2019, at Lake Shore Nursing Home in Waseca. Born on June 9, 1929, Don was the son of Elmer and Agnes (Tarpy) Borneke. As a young man he attended country school 1-5, All Saints Catholic School 6-8, and Mankato High School. At his father's request he left school half way through his sophomore year to assist him full time on the farm. A few years later Don started his career as a heavy construction equipment operator with Lundin Construction. He later worked for both Brown and Leguil Construction and Fasnacht and Devlaeminck Construction before becoming owner of the Don Borneke Construction Company in 1964. During his lifetime he also continued farming until retirement. He was a member of the International Union of Operating Engineers since 1951. Love found Don at Hardegger's Dance Hall in Beaver Dam when he met Mary Ann Simonett. They were wed on August 4th, 1953 in Cleveland, Minnesota. From this union 12 children were born, who in turn gave them 26 grandchildren and 15 great grandchildren. Don was known by most area farmers and Highway Departments in Blue Earth and surrounding counties for the construction work he and his company completed. Ten of his children continued in the heavy construction business having expanded into the wind turbine industry. Don was an avid collector of over one hundred antique Catepillar road construction equipment pieces. Survived by his children, Rick (Shirley) Borneke of Eagle Lake, Jane (Mike) Mulcahey of Waseca, Mark (Vicki) Borneke of Janesville, Marie (Dan) Jewison of Janesville, John (Kathy) Borneke of Janesville, Tom (Cris) Borneke of Janesville, Dan Borneke of Eagle Lake, Pat (Becky) Borneke of Janesville, Joe Borneke (Cindy Ayers) of Waseca, Sam Borneke (Justina Bisch) of Madison Lake, and Theresa (Peter) Groh of Janesville; his daughter-in-law Laura Borneke of Janesville; his sisters, Shirley Noy of Mankato and Mary Ann Gray of Redwood Falls; his sister-in-law and brother-in-law, Alice (Ken) Hermer of Mankato, and Tim Simonett of Lake Havasu. He was preceded in death by his wife, Mary Ann, in 2009; son, Bill Borneke in 1999; and granddaughter, Elizabeth Jewison in 1998. Mass of Christian burial will be held at 10:30 a.m. on Friday, December 13th, 2019, at All Saints Catholic Church in Madison Lake. Visitation will be held from 4:00 p.m. to 7:00 p.m. on Thursday, December 12th at the church and one hour before the funeral. Interment will be in the Calvary Cemetery in Madison Lake. In lieu of flowers, memorials to the All Saints Catholic Church Cemetery Fund are preferred. Starkson and Steffel Funeral Home of Janesville are handling the arrangements. www.janesvillefuneral.com