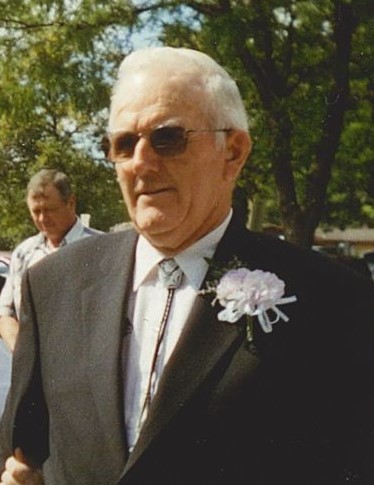 Steven Eustice 1937–2021 Waldorf—STEVEN LEE EUSTICE, age 83, of Waldorf, died on January 1, 2021, at District One Hospital in Faribault. Born on Christmas Day of 1937, to Raymond and Eva (Wallace) Eustice in Albert Lea. He was raised in rural Waldorf, attending Waldorf Public School. Steven enlisted into the United States Army where he honorable served his country. On January 28, 1967, Steven was united in marriage to Judith Rathia at St. John the Baptist Catholic Church in Minnesota Lake. They made their home in rural Waldorf where they raised their two children. Together, Steven and Judith shared 31 years of marriage before Judith passed away on November 5, 1998. Steven worked many years for Janesville Elevator Construction, but his true passion was farming as he spent many years helping local farmers. He was a member of St. Joseph Catholic Church in Waldorf and the Waldorf American Legion Post #587. Steven enjoyed playing cards and taking summer trips "up north". Steven is survived by his children: Brian Eustice of Wichita, KS, and Paulette (Todd) Schultz of Mankato; grandchildren: Evan and Alexa Eustice; brother: Doug Eustice of Waldorf; nieces, nephews, other relatives and friends. Preceded in death by his parents; wife; siblings: Shirley, Greg, and Theresa. Visitation will be from 4:00 PM – 7:00 PM on Thursday, January 7, 2021, at the Janesville Chapel of Dennis Funeral & Cremation Services. Graveside service with military honors will be 10:30 AM on Friday, January 8, 2021, at St. Joseph Community Cemetery in Waldorf. dennisfuneralhomes.com