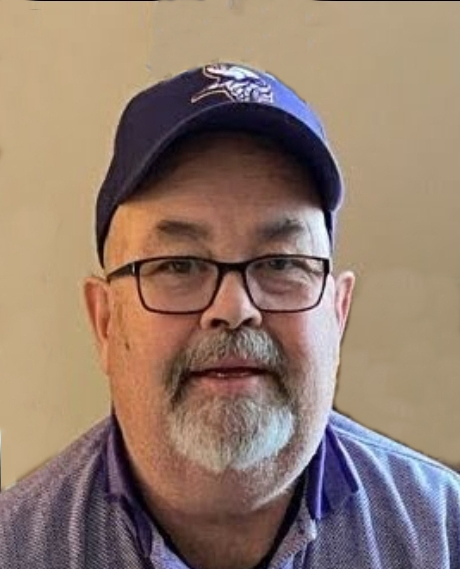 Timothy "Tim" Brown 1949–2021 Mankato—Timothy "Tim" F. Brown Timothy Francis Brown, age 71, went peacefully into the arms of the angels to help guide him on his journey to heaven. He passed away at his home with his family by his side on Sunday, February 21, 2021 Mass of Christian Burial will be 12:30 p.m., Thursday, February 25, 2021 at St. John the Baptist Catholic Church, Mankato. Visitation will be from 4-7 p.m., Wednesday at Mankato Mortuary. In lieu of flowers, memorials are preferred to BENCHS or the Waseca Hockey Association, PO Box 133, Waseca, MN 56093, "Tim Brown Memorial" Tim was born in Mankato on November 12, 1949. He grew up in North Mankato with his family. He graduated from Mankato West High School in 1968. Soon after his graduation he met his wife, Patricia as he recovered from a motorcycle accident. They married on January 8, 1971. They were blessed with 3 children Alyssa (Bill) Hall of North Mankato; David (Raegan) Brown and their son, Harrison of Lincoln, Nebraska; Andrew (Jeni) Brown and their sons, Gavin, Colin, and Bennett of Mankato. Tim was employed by the City of Waseca in the Engineering Department for 32 years until his retirement in 2009. After retirement Tim worked part-time at Fleet Farm in Owatonna to fill his free time when he wasn't golfing at Lakeside Golf Club in Waseca with his friends. Tim enjoyed gardening and had a beautiful yard to show for it. During his younger years he raised and trained his own dogs in obedience, often spending many weekends at dog shows. After his children got into school he would volunteer to assist whenever he could. He coached hockey at various levels, helping many children learn the sport he loved. Tim was a volunteer for the Waseca Hockey Association assisting at various positions. He was a longtime member of Sacred Heart Catholic Church in Waseca, working with the Mens Club, cooking fundraising dinners, ushering, and just being available. Tim is survived by his wife, Patricia; and their children as well as brothers, Jay Brown of Mankato, Steve (Ronnie) Brown of Arlington, VA, Chris (Anna) Brown of Erberbach, Germany; his sisters, Margaret (Dan) Larson of Mankato and Mary Beth (Steve) Johnson of Marshall, MN; as well as many nieces and nephews. Tim was preceded in death by his parents, Gerald and Betty Brown, longtime residents of North Mankato. Tim and Pat moved to Mankato at the end of August to be closer to their children so they could help with Tim's care. They all hoped they would have more time. Tim was a great husband, father, grandfather, and friend. He will be very much missed by those that knew him. Thank you to Father John Kunz for his care and blessings during this difficult time and to Mayo Hospice for their wonderful care of our loved one, Tim. I love you today Tim. www.mankatomortuary.com