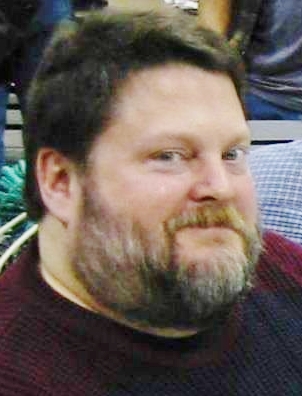 William 'Bill' Fischer 1958–2020 Northfield—William 'Bill' Clayton Fischer, age 61, of Northfield, passed away unexpectedly on Wednesday, January 1, 2020, at the Northfield Hospital. Bill was born the son of Clayton and Julia (Thiewes) Fischer on November 8, 1958, in Waseca, Minnesota. He attended Sacred Heart School and then Waseca High School graduating in 1977. Bill then attended DeVry University in Phoenix, Arizona where he received his electrical engineer degree. He then attended Arizona State University for one year. He returned to Waseca and began working for EF Johnson. Bill was united in marriage to Jeanne Chirpich on July 6, 1985, at Sacred Heart Catholic Church in Waseca. He continued working for EF Johnson before taking a position at Sheldahl in Northfield. Bill and Jeanne moved to Aberdeen, South Dakota when his division was being relocated. When the company decided to relocate his division again to Colorado, Bill and Jeanne decided to return to Northfield where he began working for Automated Assembly located in Lakeville. He then helped start Vaddio located in Minnetonka where he worked designing circuits and developed video conference cameras. Bill was a true gentleman and never had a harsh word to say about anyone. He was friendly, outgoing and had a great sense of humor. He received his pilot's license at the age of 16 and helped with the Civil Air Patrol. Some of his hobbies were serving as a storm chaser for the Civil Defense, his many motorcycles and amateur radio. He is survived by his wife Jeanne of Northfield; two daughters Marie and Katie Fischer both of Northfield; a son John (fiancée Kate) Fischer of Minneapolis; his mother Julia Fischer of Waseca; and two brothers Larry (Paula) Fischer of Eagan and Tim (Marijo) Fischer of Waseca. Bill was preceded in death by his Father in 2019. Visitation will be held at Bierman Funeral Home on Tuesday, January 7, 2020, from 4:00 PM to 7:00 PM with a prayer service beginning at 7:00 PM. biermanfuneralhome.com.

To plant a tree in memory of William Fischer as a living tribute, please visit Tribute Store.
Load comments