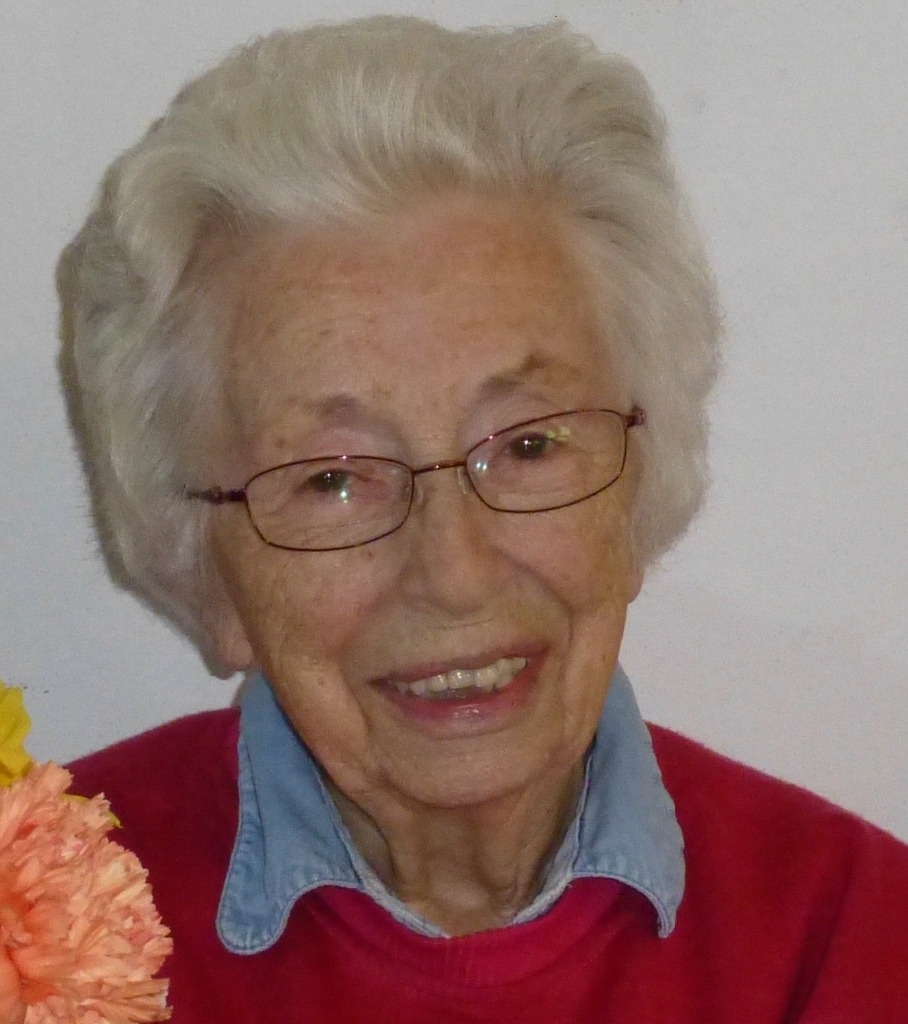 Gladys E. Webb 1918–2019 Eau Claire, Wisconsin—Gladys Emma (Kampen) Webb, 101, died peacefully December 6 at The Glen at HeatherWood Assisted Living, Eau Claire, WI. She was born near Otisco, MN, in 1918, to Alfred and Elfrieda (Pommerening) Kampen. She graduated from Waseca Central High School in 1937. Gladys met Willard W. ("Bill") Webb at a dance in Waseca and married him on September 12, 1942, in Warrensburg, MO, where he was in pilot training with the Army Air Corps. During the war, Gladys worked at E.F. Johnson in Waseca. After the war, they lived in Winona, MN, where Bill owned and operated the Webb Oil Co. They sold that business and purchased stations in La Crosse, moving there in 1960. In 1966, they moved to Waseca when Bill took a job with SuperAmerica. There, Gladys worked as executive assistant to the president of Brown Printing. Retiring in 1980, they returned to La Crosse, moving into a duplex they built. Gladys was the "queen" of built-ins – specially designed spaces for everything. Bill died in 1999. Gladys moved to Eau Claire in 2007. Gladys loved wildflowers, especially the spring ephemerals. Each spring, she was thrilled by the hillsides of Dutchman's britches in Putnam Park. She loved to play bridge, which was always better when the women won. Gladys was an accomplished seamstress – the inside of her pieces was always as impeccable as the garment itself. She loved sewing colorful outfits. Traveling to a square dance convention with good friends, where they could hike and picnic in a new park, and play bridge after the dancing stopped each night, was heaven. Gladys is survived by her daughter and son-in-law, Jane and John Lokken, Eau Claire; Bill's cousin, Beryl Spencer, Woodstock, VT; her fifteen nieces and nephews, and their families, including her god-daughter, Betty Kampen (Gorden Tvedt), Golden Valley, MN; Bill's nephew, Dennis (Kathy) Racki, Whitehall, WI, their children and families; and the children and their families of Bill's cousins. Gladys was preceded in death by her parents, her three sisters (Minnie (Merlin) Krueger, Ann (Jermit) Iverson, and Freida (Earl) Schlaak), four brothers (Henry (Celia), Louis (Margaret), Alfred "Pickles" (Avis), and George (Lucille) Kampen) and their spouses; and by Bill's sister (Stella (William) Racki), his cousins (Joan (Norman) Johnson and Bette (Earl) Lyons), and their spouses. In lieu of flowers, donations may be made to the Putnam Park Wildflower Fund at the UWEC Foundation, P.O. Box 4004, Eau Claire, WI 54702-4004. Gladys's family is grateful for the wonderful care given by all at HeatherWood, especially those in The Glen; and her providers at Mayo Health, including hospice, and, especially, Dr. Reginald Cosiquien. A brief service will take place on Monday, December 16, 2019 at 2:30 at Hulke Family Funeral Home. Visitation will take place from 1 pm until the time of service on Monday, December 16, 2019 at Hulke Family Funeral Home. Burial of Ashes will take place at a later date in the Melrose Cemetery, Mel-rose, Wisconsin. Friends and family may offer condolences online at www.hulkefamilyfh.com. Hulke Family Funeral Home & Cremation Services, 3209 Rudolph Road, Eau Claire, WI 54701 is assist-ing the family with the arrangements.

To plant a tree in memory of Gladys E. Webb as a living tribute, please visit Tribute Store.
Load comments