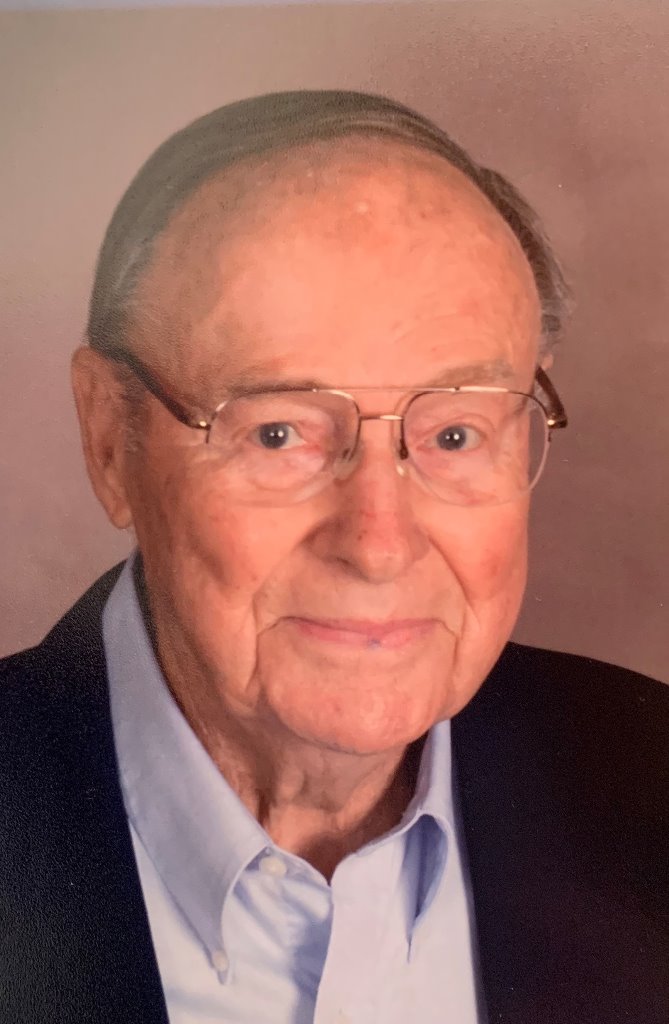 Lee Storby Waseca, MN —LeRoy (Lee) Truman Storby of Waseca, MN passed away peacefully on Saturday, June 20, 2020 at the age of 92. Lee was born in Lake Mills, Iowa to Elmer and Tena (Kvale) Storby on October 14, 1927. He graduated from Lake Mills High School and served his county during World War II from September 1946 to December 1947 as a Sergeant and Paratrooper in the 11th Airborne Division stationed in Japan. Following his honorable discharge, he attended Luther College where he was quarterback and co-captain of the football team graduating in 1952. It was at Luther where he met his wife Jacqueline Miller and they were married on June 12, 1954 at Our Savior's Lutheran Church in La Crosse, WI. Together they lived in Truman, MN before moving to Waseca in 1964. Lee earned a BA degree in Social Studies, Physical Education and Health from Luther and a MS degree in Physical Education and Health from Mankato State University. Lee was a social studies, physical education, health teacher and driver's education instructor for over 35 years. He was head football and track coach and assistant basketball coach while in Truman and head football and golf coach in Waseca. Lee was a fifty-five year member of Lakeside Golf Club where he served on the board, Grace Lutheran Church where he served on the council, American Legion Post 228, Lions Club and a lifetime member of VFW Post 1642. An avid golfer, Lee played until he was 90, followed the Hawkeyes and Red Sox, bowled on the VFW teams and enjoyed attending his grandchildren's activities and never missing the annual Kvale family reunion. Lee is survived by his wife of 66 years Jacqueline of Waseca, daughters Cheryl Storby of Bloomington and Christine (Troy) Schue of New Richland. Grandchildren, Cali (Adam) Hammett of Janesville, Raelin Schue of Lakeville and Riley Schue of New Richland, great grandchildren Ally, Avery and Kaden Hammett, sister-in-law, Beverly Storby of Dallas Center, IA, special nieces and nephews David Storby, Kevin (Berdiene) Storby, Barbara (Mark) Brackey, Marilyn Storby, Robert (LeAnn) Storby and Sarah (Jason) Schumaker and three cousins. He was preceded in death by his parents, his brothers Richard Storby, Donald Storby and his wife Marlene, son-in-law, Richard Anderson and twelve cousins. Celebration of life service will be held on Thursday, June 25, 2020 at 11:30 am at the State Street Chapel of Dennis Funeral & Cremation Services in Waseca with visitation from 10:00 am until the time of the service. Interment will take place at Woodville Cemetery in Waseca followed by a reception at Lakeside Golf Club in Waseca. Memorials in Lee's honor may be sent to Grace Lutheran Church Waseca, Waseca Area Foundation or to the family for designation. dennisfuneralhomes.com