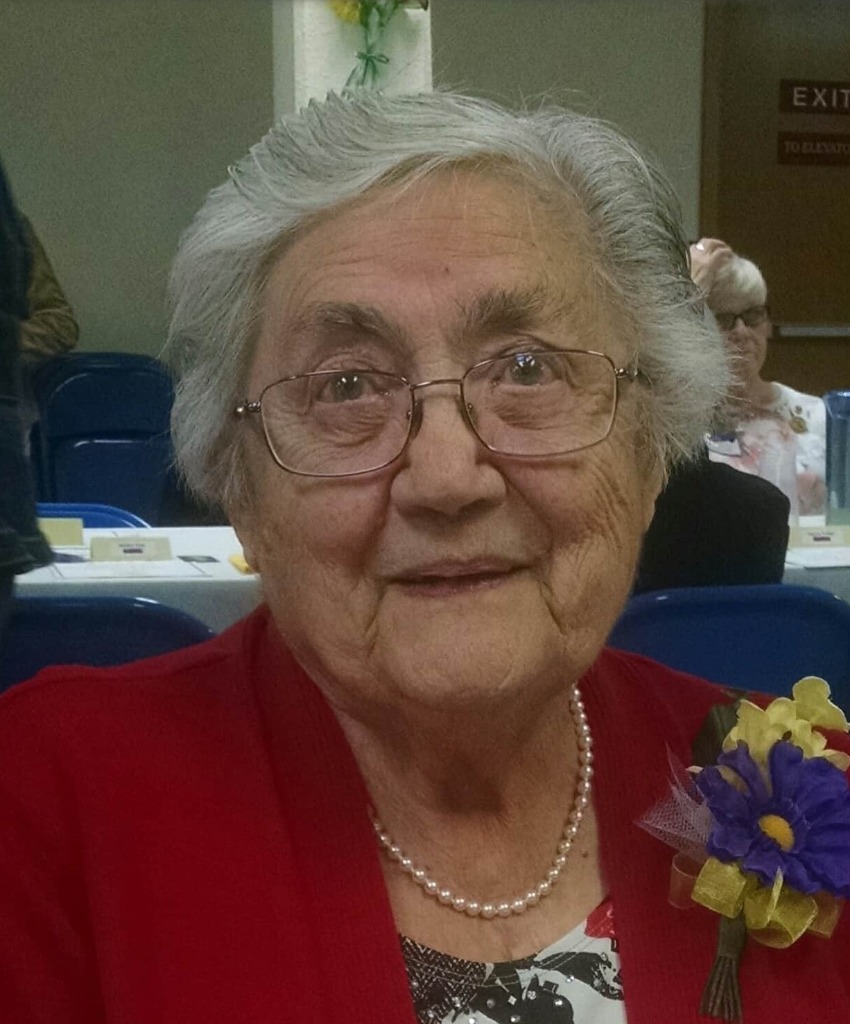 Esther L. Ryan 1926–2020 Mankato—ESTHER LOUISE RYAN, age 94 of Mankato, formerly of Janesville and Easton, died on Monday, July 20, 2020 at Mayo Clinic Health System in Mankato. Born near Easton on July 18, 1926, Esther was the daughter of George and Lola (Danks) Felber. She attended and graduated from Wells High School before beginning her working years. Esther was married to Alfred Maas in Easton on May 16, 1957 and they made their lives together until his passing just a short time later in January 1963. In July 1966 she was married to Daniel Ryan in Waseca. Continuing their lives together for nearly twenty years, Daniel passed away in November 1984. Over the years Esther worked at Schulenberg Grocery in Wells, Madsen's as an accountant, and as a cook at the Janesville Bakery which lead her to her career as a dietary manager at the Janesville Nursing Home and the Waseca Hospital. Esther enjoyed volunteering her time with the Janesville Band Mothers, enjoyed being a member of the Irish-American Club, and also held lifetime memberships with the Catholic Daughters, the American Legion Auxiliary, and the Disabled American Vets Auxiliary. She was a past member of Sacred Heart Catholic Church in Waseca, St. Ann Catholic Church in Janesville, and most recently St. John Catholic Church in Mankato. Esther is survived by her combined family, Daniel (Darlene) Ryan of Waseca, Marilyn (Brad) Hardt of Mankato, Colleen Gerdts of Waseca, Ivan (Janice) Maas of Janesville, and Orlen (Veronica) Maas of Crystal Lake, Iowa; grandchildren; great-grandchildren; and great-great-grandchildren; three brothers-in-law; two sisters-in-law; as well as many nieces and nephews. She was preceded in death by her parents; both of her husbands; a son, Richard Ryan; a grandson; a great-granddaughter; three sisters; and two brothers. Mass of Christian Burial will be held at 1:00PM on Friday, July 24, 2020 at St. Ann Catholic Church in Janesville, with Father Brian Mulligan officiating. A visitation will be held for one hour before the funeral service at the church. Interment will follow at Calvary Cemetery in Waseca. Dennis Funeral & Cremation Services in Janesville is handling the arrangements. dennisfuneralhomes.com

To plant a tree in memory of Esther L. Ryan as a living tribute, please visit Tribute Store.
Load comments