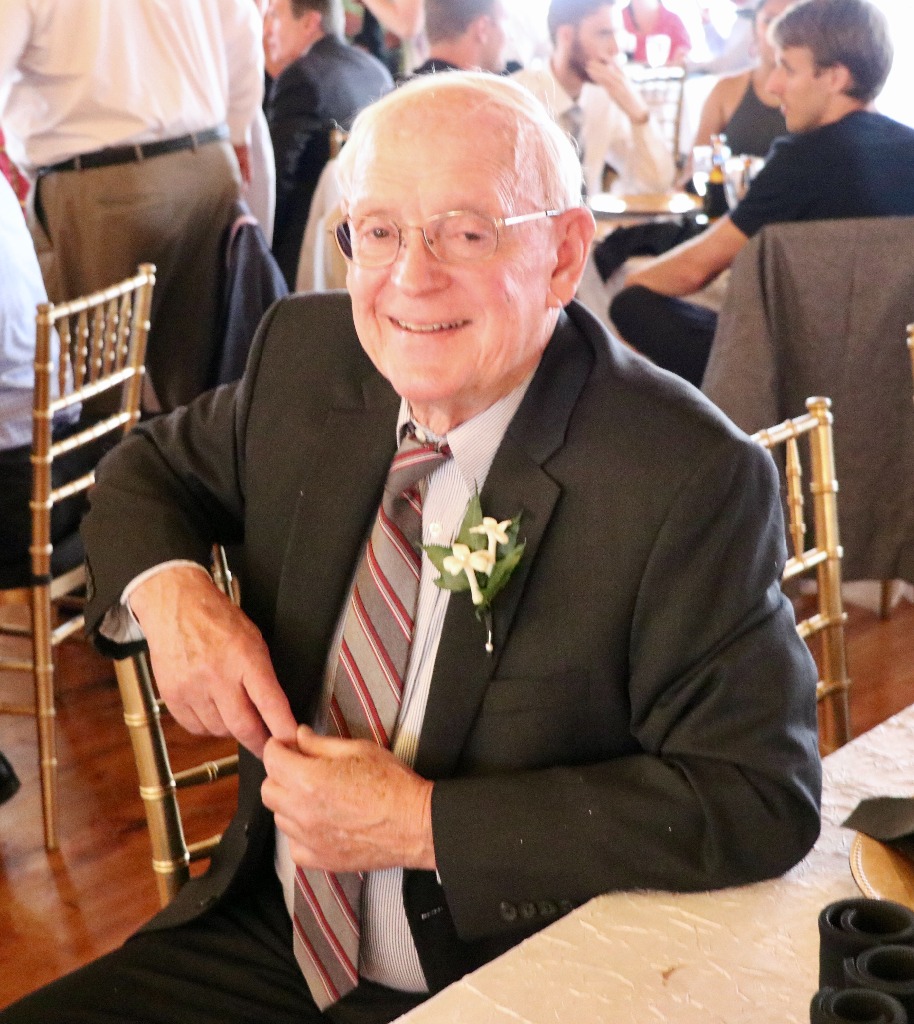 Richard W. Seehafer 1936–2021 Marshfield—Richard Walter Seehafer died peacefully on Saturday, January 9 at Aspirus Hospital in Wausau, after a brief battle with cancer. Dick was born to Walter and Edna (Schwantes) Seehafer on September 19, 1936. He grew up on the Seehafer Farm in Nasonville, Wisconsin, with his parents and sister Joyce. In 2012 the property was honored as a Wisconsin Centennial Farm and Dick proudly held the Seehafer reunion there for the celebration. Dick attended Marshfield High School where he was the captain of the football team, and also played baseball and basketball. There, he met the love of his life, Carol Bitzer. Dick and Carol were homecoming King and Queen and he was president of their senior class. Richard attend the University of Wisconsin-Madison and was an avid Badger fan his entire life. He was a member of the ROTC in college and graduated with a Bachelor of Science in Agriculture. After graduation, he and Carol were united in marriage and they immediately moved to Georgia where he served in the Army and was stationed at Fort Gordon. He was then transferred to Fort Stewart to prepare the base during the Cuban Missile Crisis. Richard was honorably discharged as a First Lieutenant. After his military service, Dick and Carol moved back to Wisconsin and he worked at Allis Chalmers in Milwaukee. They later moved to West Des Moines, Iowa where he was the Director of Marketing for Massey Ferguson. There they raised their four children and enjoyed so many close friends through their church and country club. In 1983, Richard and Carol bought KOWO radio station in Waseca, Minnesota. They were very active in the community during their 16 years there. Upon selling the radio station, they retired to their cabin on Deepwoods Lake near Elcho, Wisconsin. Dick started the Deepwoods Lake Association and served as president until his death. They also began "wintering" in Arizona to avoid the cold months in Wisconsin. Richard loved snowmobiling, golfing, skiing and playing any sports including broomball and pickleball with his children and grandchildren! He inherited the gift of gab from his mother and made friends out of strangers wherever they went. Dick and Carol enjoyed traveling all over the globe with their good friends in their retirement and he has been to every state in the nation. Richard is survived by his beloved wife Carol, and his four children-- Catherine Pont, Ann (Kurt) Boson, Joan (Jerry) Erwine, and John (Lori) Seehafer. He has nine amazing grandchildren: Andrew Pont, Alyssa Pont, Alex Boson, Tanner Boson, Taylor Erwine Cecena, Mackenzie Erwine, Ella Seehafer, Josie Seehafer and Jaxson Seehafer. They all loved their Papa! He was an amazing man who was full of laughter and lived life to the fullest! His children can attest to the fact that he never wanted to waste a day and made life an adventure. He always had a smile on his face and a story to tell. He will forever be missed by his family and so many friends all across the country. He joins his parents Walter and Edna, and his sister Joyce, in heaven. Hansen-Schilling Funeral Home in Marshfield is assisting with funeral arrangements. The family wishes to thank the staff at Aspirus Hospital for their care of Dick in his final days. Due to COVID, a private service for immediate family only will be held. Memorial donations may be made to Grace Lutheran Church in Nasonville or the Aspirus Health Foundation in Wausau.

To plant a tree in memory of Richard W. Seehafer as a living tribute, please visit Tribute Store.
Load comments