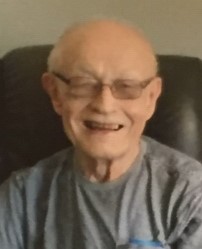 John Benesh Waseca—JOHN HALVER BENESH, age 80, of Waseca, died peacefully on May 7, 2020, at Colony Court Senior Living in Waseca. Born on August 25, 1939 to Frank and Hazel (Larson) Benesh in Estherville, Iowa. He attended Estherville High School, graduating with the class of 1957. John continued is education at Estherville Junior College. Following his education, John worked for the Gazette Tribune in Sibley, Iowa as a reporter for a short time before moving to Fremont, Nebraska where he worked for the local paper as a reporter and photographer. He also worked as a writer and in the obituary/business section of the Sioux Falls Argus-Leader. In 1967, John moved to Waseca where he began a 30 year career at Brown Printing, retiring in 1997. He was a member of Grace Lutheran Church in Waseca. John was also active in the Waseca Jaycees in his younger years. He enjoyed chocolate malts and the cherished the time he lived at Colony Court as he truly appreciated the genuine care he received over the past thirteen years. John will be remembered as a gentle soul with a gifted sense of humor. Blessed be his memory. John is survived by his three siblings: Marilyn Edens of Lufkin, TX, Jordan (Lois) Benesh of West St. Paul, Charlene (Maurice) Show of Estherville, IA; and six nieces and nephews. Preceded in death by his parents; brother, Franklin Benesh; and brother-in-law: Jud Edens. No Public Services will be held. Interment will be in East Side Cemetery in Estherville, Iowa. www.dennisfuneralhomes.com