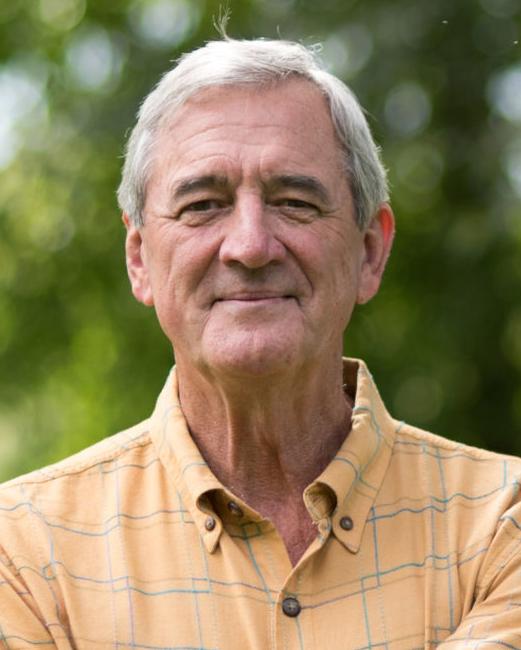 BRAINERD, Minn. — Money, former Minnesota Gov. Arne Carlson said, and lots of it — that might be the single greatest ailment of modern politics and a central issue of the 2018 election cycle if the “Fix Politics Now” campaign has its way.

Carlson, a Republican, is one of nearly 200 former lawmakers that make up the “ReFormers Caucus,” a bipartisan group of representatives, senators, governors and cabinet secretaries (mostly former officials, although a few are still active) advocating extensive reforms in line with transparency, accountability and integrity. The “Fix Politics Now” campaign is the creation of Issue One, a bipartisan reform advocacy group in Washington, D.C.

In an email, U.S. Rep. Rick Nolan, said fundraising and begging for donations has become an intrinsic part of the culture on Capitol Hill.

“When members of Congress go to Washington, they should go to work for the American people — not spend their time courting big donors for their re-election campaigns. Yet new members of Congress are routinely advised that they should be spending 20 to 30 hours every week raising money,” wrote Nolan, a Democrat from Crosby, Minn. “And sure enough, every day, you see members of Congress trooping across the street to (the) call center to dial for dollars — like mid-level telemarketers.”

Carlson said there are three goals the ReFormers Caucus has for changing the current political system to better reflect the vision of the Founding Fathers:

Getting big money out of politics — essentially, he said, abolishing the “pay-to-play” system on Capitol Hill, where it typically requires millions upon millions of dollars to mount a campaign just for a U.S. House of Representatives seat, let alone higher offices.

Redistricting, to facilitate a competitive political discourse — particularly, he emphasized, ending the practice of gerrymandering, or drawing districts to favor one party over the other.

Fostering a political system that promotes long-term policies — or, Carlson noted, creating a system in which politicians are not caught up in the election cycle or “a constant campaign” on a continual basis, focusing instead on the needs of their constituents versus short-term results for hot-button issues. Carlson said congressmen typically spend on average 30 hours a week begging for donations instead of their constituents.

The “pay-for-play” system is one that facilitates blatant and rampant corruption on Capitol Hill and state governments, Carlson said. Elected officials are not held accountable by the rules of law the way their constituents are.

“At what point does a campaign donation become a bribe?” Carlson said during a phone interview Thursday, March 15. “If you engaged in a conflict of interest like that … you will be fired, you will be taken to court and you will be punished. Well, why isn’t the elected official held to the same standard? We, as the public, have to recognize that we hire these people. They’re our employees. We’re not their servants, they’re our servants.”

It’s important to note lawmakers are often the beneficiaries of the system. Carlson said if the public isn’t willing to “fire our elected officials and scare the bejesus out of them,” then they’re unlikely to make reforms that act against their own interests.

Carlson said he advocates for laws removing cabinet officers (or appointed officials versus elected public servants) from all fundraising or campaign functions soliciting funds — citing these practices as a compromise of their positions as administrators, dragging them into the narrow scope of partisan politics.

“It’s a very extensive problem. All too often, governors and presidents will use any and all tools in order to raise money and in the process they severely, not compromise, they violate the laws of conflicts of interest,” Carlson said. “And the result is the public believes and -- I would argue they’re correct — that government is for sale.”

Nolan identified Citizens United v. FEC — a landmark 2010 Supreme Court ruling granting corporations similar free speech rights to individuals — as a low point for campaign finance and the starting point for much of the dysfunction exhibited by legislative bodies in Washington, D.C.

“The fact of the matter is, we’ve got to change the way we do politics in this country,” Nolan wrote, “and begin by overturning Citizens United and putting a stop to the tens of billions of dollars in secret dark money that is poisoning our campaigns and elections and undermining our public policymaking process.”

While it was a “disaster,” Carlson noted Citizens United v. FEC is no excuse for abandoning efforts to get corporate money out of elections, describing it as a “cop-out.” The issue is not the corporations, because it's ultimately in the hands of lawmakers, and substantial reforms can be made with or without the reversal of that Supreme Court ruling.

“The state of Minnesota tomorrow morning could literally bring an end to corporate donations to candidates,” he said. “The truth is neither Democrats nor Republicans want to do it. That’s the dirty secret. … I’ve spoken with Republicans and I’ve spoken with Democrats and they give me lip service. They do diddly-squat about it.”

By creating a law stipulating corporations can donate funds only if they have the approval of the board of directors, Carlson said, would go a long way to mitigating the influence of corporations in politics.

Carlson said the high influx of money into politics may not only reward unethical practices by politicians, it can decentivize and alienate potential candidates with integrity or competency.

“It really discourages people from wanting to get into it. Now, who wants the job? We can’t look at our members of Congress and say, ‘Oh boy, that represents the best and the brightest,’” he said. “No, we’re failing in that. If we don't protect democracy, nobody else will.”

This, in part means, protecting the fundamental structure of American democracy through participation in the current system versus implementing significant changes — essentially, he said, he opposed term limits for elected officials, stricter campaign laws or stricter laws on free speech, for the most part. It represents opening a Pandora’s box where the intentions may be right, but the end result is ultimately wrong.

Carlson said he would advocate the abolishment of a caucus system in favor of a primary system — which, he noted, would legitimize a democratic system instead of one that serves private interests, as the current caucus system does. By doing so, setting a primary date would essentially dictate when political campaigns can begin and curb the continuous election cycle.

On the topic of term limits, Carlson said, there are already term limits in place — they’re called elections. And while there’s an argument the current system can force even the best politicians to pursue unethical practices to represent their constituents, it’s not sustainable. History hasn’t favored individuals who allow the reigning ethos of the time to determine their actions.

“When you conform you never make history. When you nonconform, that’s when you make history. When Isaac Newton was popped on the head by an apple, he didn’t sit around and curse the apple, he came up with the law of gravity,” Carlson said. “I would argue the paradigm in effect today is gonna be reversed. We have to go back to what our Founding Fathers had in mind, we have to rebuild our democracy and not take it for granted.”