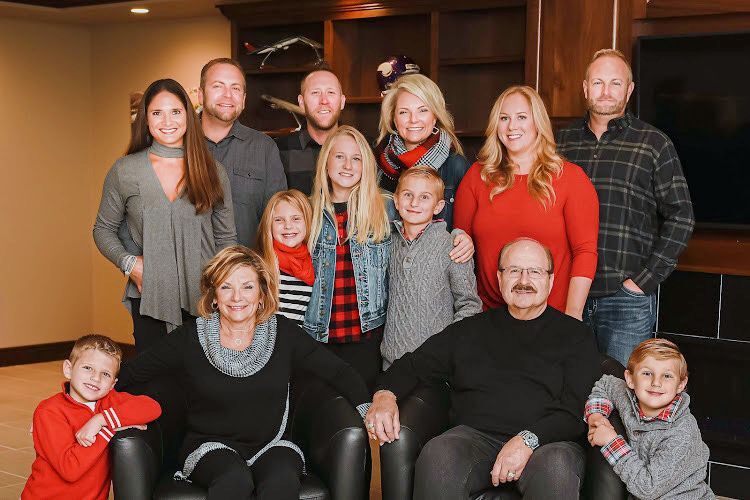 Gary Deml, sitting in black on the right, was well-known in the Waseca community for being an owner of Deml Ford Lincoln as well as his many community involvements. (submitted photo) 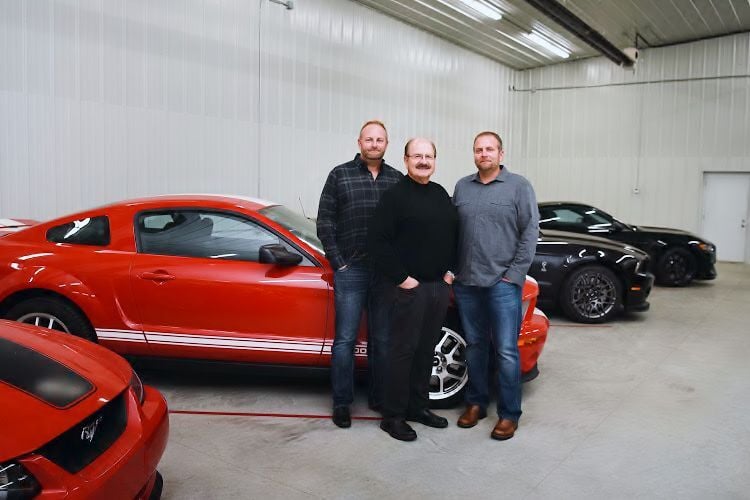 Gary Deml, center, and his two sons worked together at their family business Deml Ford Lincoln in Waseca. They all shared a passion for automobiles as well. (Submitted photo)

Gary Deml, sitting in black on the right, was well-known in the Waseca community for being an owner of Deml Ford Lincoln as well as his many community involvements. (submitted photo)

Gary Deml, center, and his two sons worked together at their family business Deml Ford Lincoln in Waseca. They all shared a passion for automobiles as well. (Submitted photo)

Gary Deml left a memorable legacy on the community of Waseca and all who knew him.

He died on April 24 at the age of 67 after his battle with cancer. The family is having a celebration of life on Sept. 20 from 2-5 p.m. at the State Street chapel of Dennis Funeral Home that is open to the public.

His family described him as a kind, compassionate, hard-working, loving, smart and funny family man.

“I’ve been treasurer of the golf course for 44 years and so I have had a lot of experience with a lot of business people throughout the community and probably the best businessman in my career is Gary Deml,” Waseca Lakeside Club Treasurer Steve Jaycox said. “He was not only a good businessman, but a very giving person and he supported all kinds of different fundraisers and he was just excellent for the community as a giver. When I think of Gary I think of Gary the businessman, Gary the family man, because I’d say the number one importance in his life was family and a man of faith. That’s how I see Gary Deml.”

Gary was a member of organizations and boards around the state and in the Waseca community.

Some of the boards included: Ford’s National Dealer Council, Chairman of the Twin Cities Ford Dealer Advertising Fund Board and President of the Waseca Lakeside Board.

In the Waseca community he was a member of Sacred Heart Catholic Church and the Knights of Columbus.

Gary was a sergeant in the U.S. Army Reserves with an honorable discharge in 1976. After his discharge he returned to the family business: Deml’s Garage, that his dad started in Claremont, which is where Gary was born and raised. In 1983, he decided to sell the business and Gary opened a car dealership in Waseca that is still serving customers today: Deml Ford Lincoln.

“Gary had an entrepreneurial spirit that turned his dealership into a widely respected and prosperous family business,” Waseca Area Chamber of Commerce Executive Director Ann Fitch said. “I think when your children want to work for you and then alongside of you, it speaks volumes about what kind of father and owner Gary was. He and his wife, Laurie, quietly gave to so many area nonprofits and those in need. They did this without accolades, but rather to make sure others were taken care of. Their generosity was boundless.”

Working with their dad was something Mike Deml and Brad Deml always wanted to do.

The brothers said there was no question that they were both going to be in the car business with their dad. They have always shared his passion for the car business, which started at a young age when they set up dealerships in the basement and played cars. Their dad prided himself in being able to do and teach every job at Deml Ford. He was an incredible mentor and they all enjoyed working together. Even though Kristin wasn’t in the family business, she sought their dad’s advice for interviews, management questions and overall business. He was always supportive and willing to listen and advise. Together they enjoyed growing the business to what Deml Ford Lincoln is today. Gary enjoyed being at the dealership and considered everyone at Deml Ford to be his family.

Gary taught his sons every aspect of the business from his experience and knowledge. He was well known for believing in hard work, attention to detail, integrity and being an innovator and he would accredit his father Milo Deml for his start in business and work ethic that carried him through life.

Outside of work and his community involvement, Gary spent all of his free time with his wife Laurie Weber, who he married May 10, 1975 and his family. He played card games such as Old Maid or Go Fish with his grandchildren or they built LEGOs along with having them visit his office. With both his children and grandchildren he liked to build LEGOs, bird feeders, derby cars, miniature car dealerships, tractors, power wheels, doll houses and other assembly projects.

He also enjoyed boating, watching the Vikings, bicycling, watching movies, traveling to Florida and other activities.

“He would always race out of the dealership to attend extra-curricular events,” Varholdt said. “He looked forward to taking vacations with his family including his favorite quick trip to the Dells many summers. He was always thankful for the company and conversation of many good friends.”

Gary spent his life helping others and enjoying time with his family and friends.

“He left a void in this community absolutely,” Jaycox said. “A huge void that’s hard to fill.”