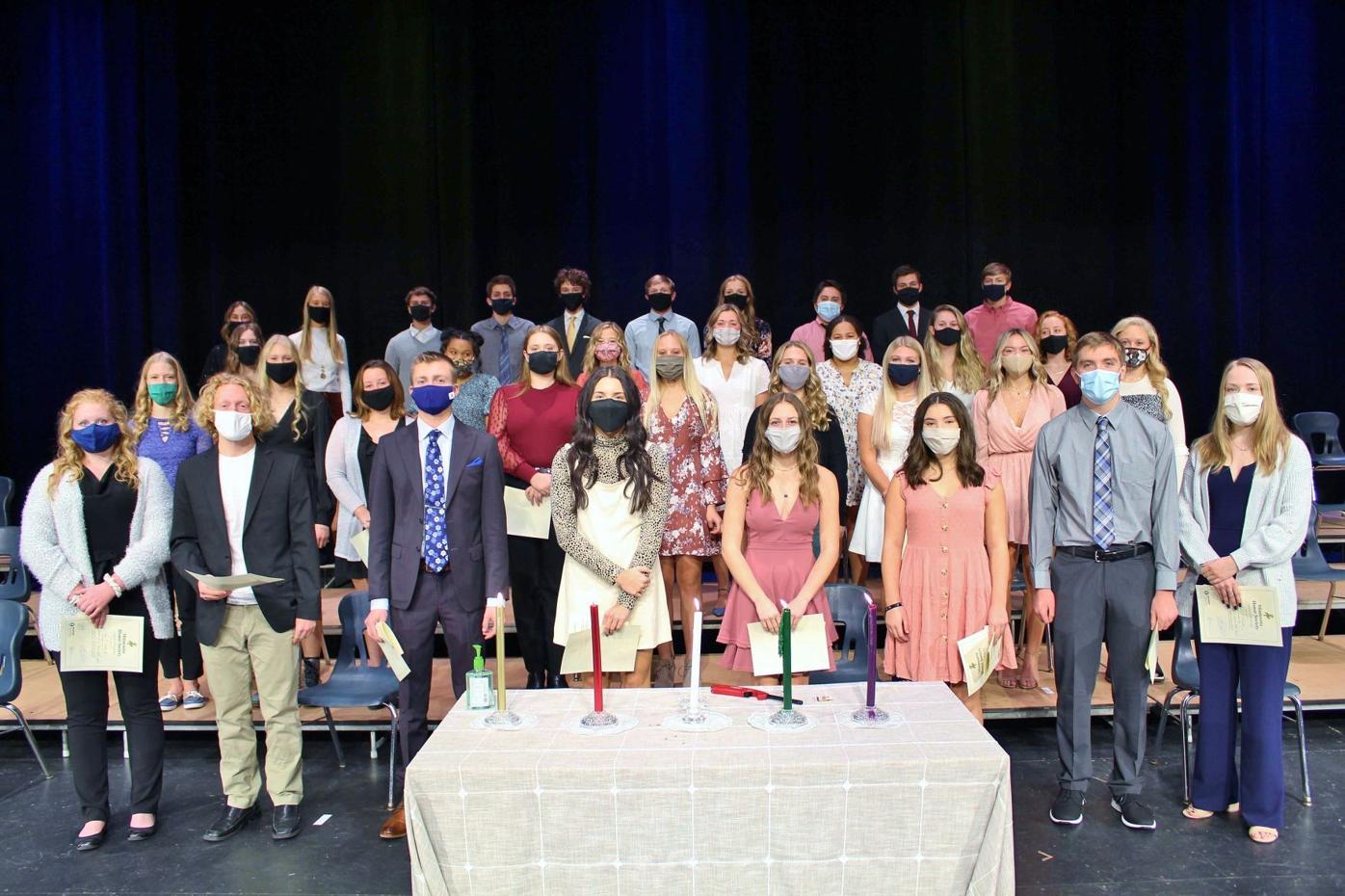 A group photo of all new inductees from the Minnesota National Honor Society ceremony was taken after the event. All of the new inductees received a certificate and a pin. (Photo courtesy of Jeanne Swanson/southernminn.com) 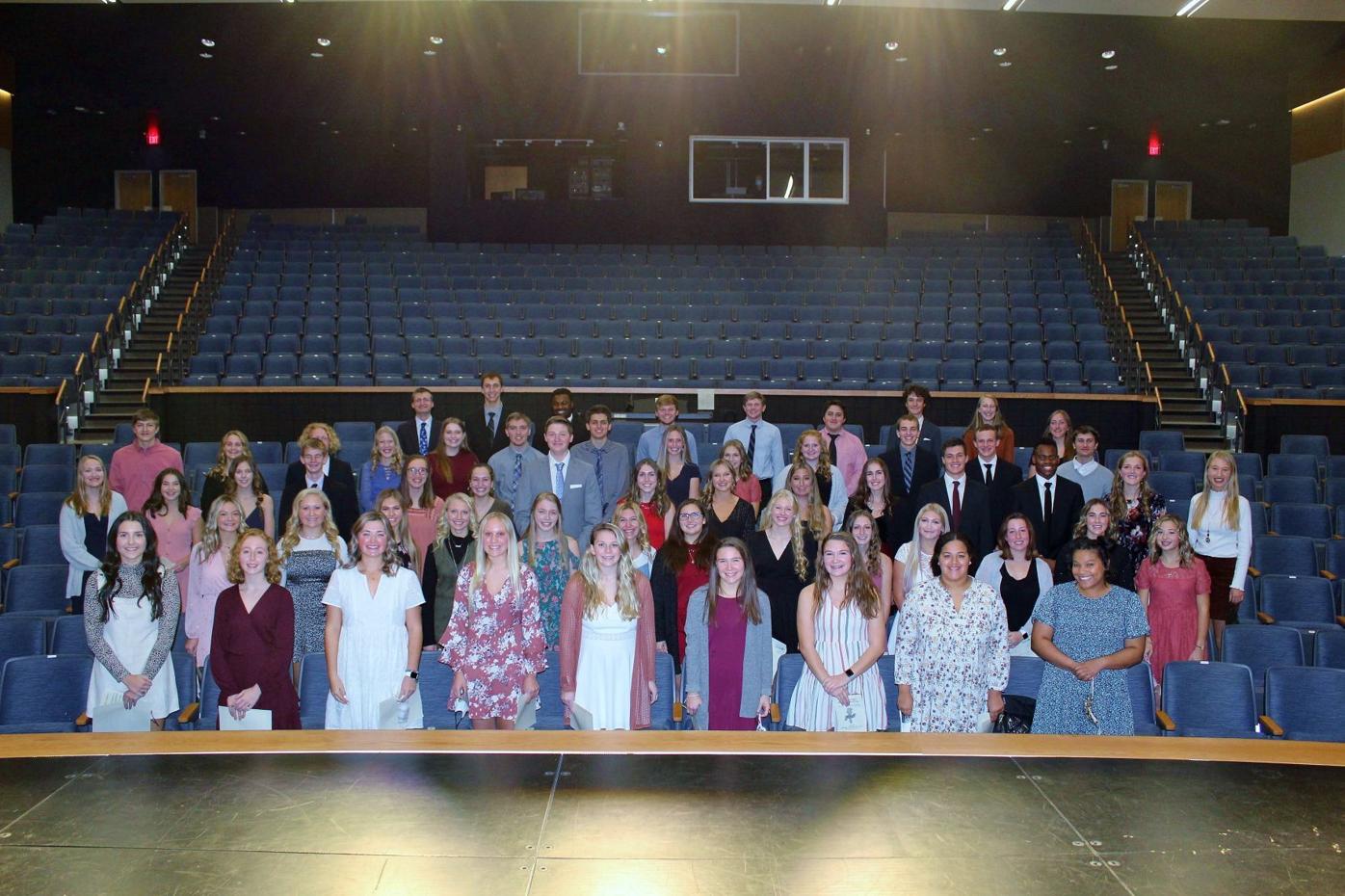 All members of the Minnesota National Honor Society, present at the program, posed for a photo. Students and attendees wore their masks at all times during the program. (Photo courtesy of Jeanne Swanson/southernminn.com) 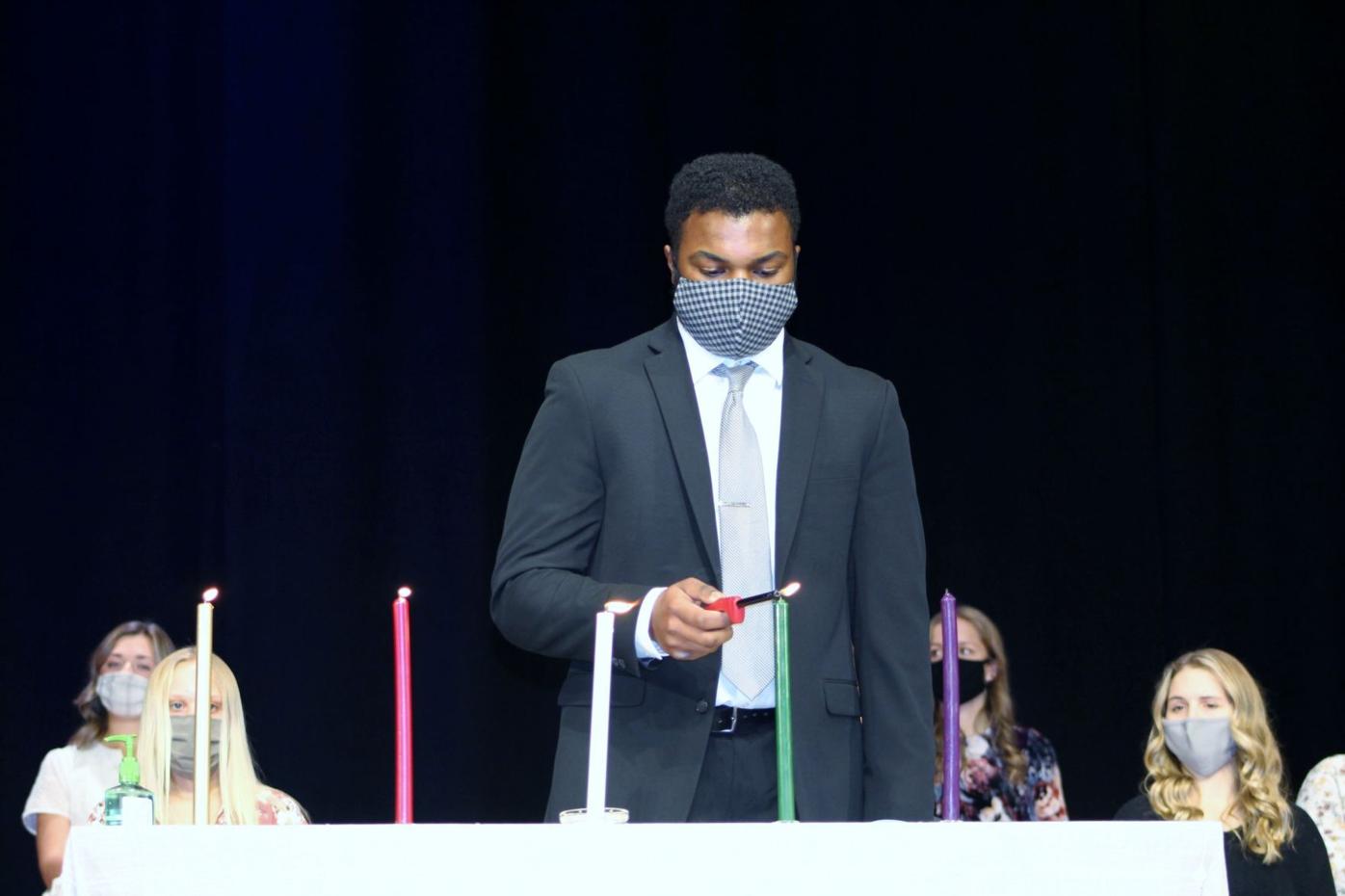 Current member Marcus Hansen lit a candle after speaking about leadership during the ceremony. A total of five candles were lit to complete the ceremony. (Photo courtesy of Jeanne Swanson/southernminn.com) 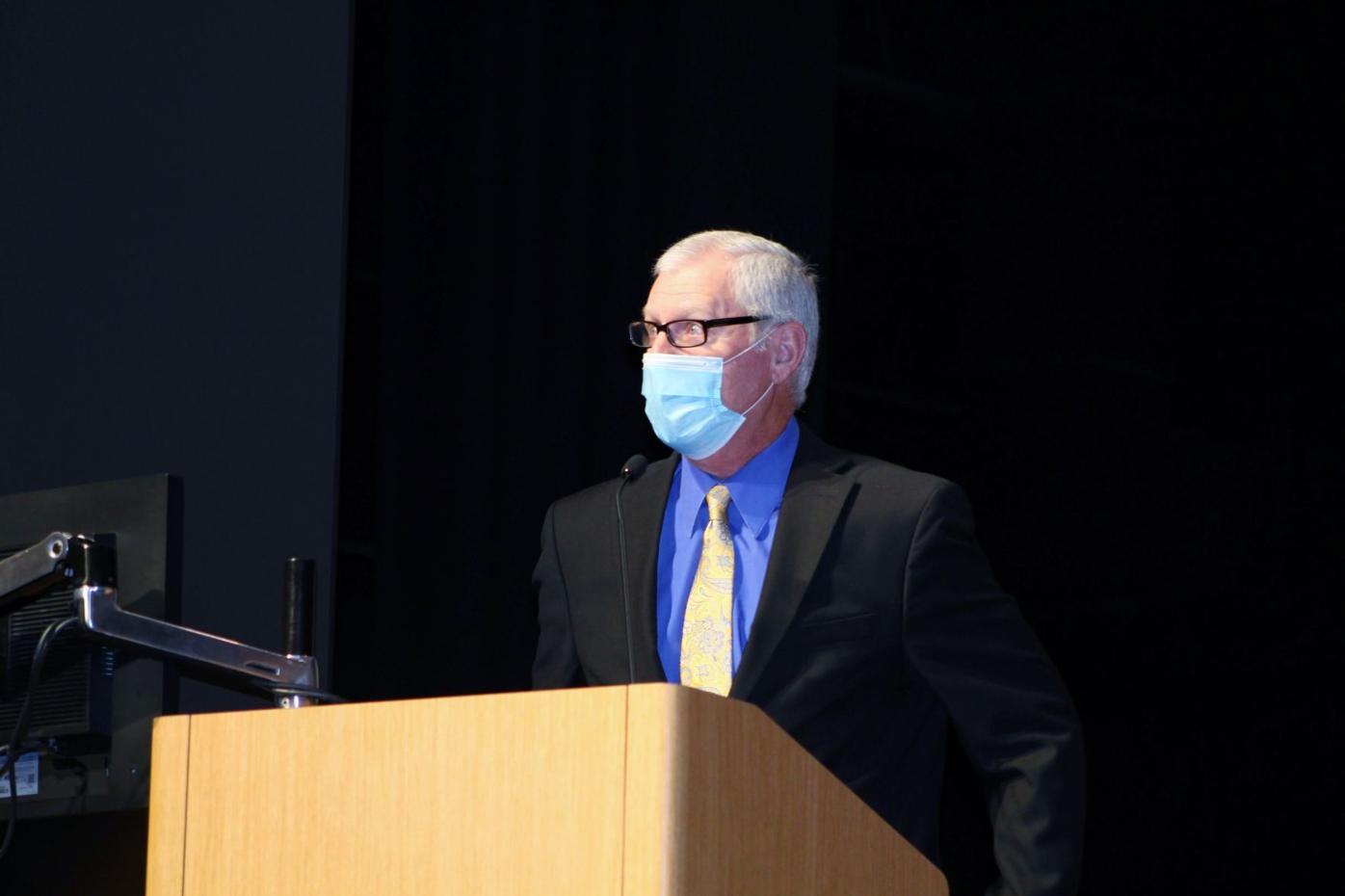 Tim Anderson was chosen to be the keynote speaker during the Minnesota National Honor Society ceremony. He spoke on how proud of the students he was and what an honor it was for him to speak during the program. (Photo courtesy of Jeanne Swanson/southernminn.com)

The new inductees and members held an in-person and virtual ceremony in front of friends and family. Due to COVID-19 guidelines, everyone wore masks throughout the ceremony and each student was allowed two guests with the rest watching live on the Waseca Public Schools Facebook.

Becoming a member of the National Honor Society recognizes the students for their leadership, service and character.

“Things are definitely different this year and I appreciate all of you for being so flexible and understanding so we can have this live ceremony tonight,” WJSHS counselor Paul Marlin said. “This is one of my favorite events during the school year because we get to honor so many of our highest achieving students. These students have distinguished themselves in leadership, service and character. As inductees into the Minnesota Honor Society you are being recognized for your strong hard work, strong character and for being excellent role models. Each one of you are strong assets to the school and the community and I’m incredibly proud of you.”

Following Marlin’s opening speech, Gabriela Rodriguez gave a speech on leadership and Megan Nelson spoke on service at the ceremony. Dravyn Spies introduced the keynote speaker Tim Anderson, who is a retired school counselor and substitute teaches in Waseca often along with coaching boys varsity basketball with his son Seth Anderson.

Tim Anderson stood proudly at the podium in front of the crowd to speak about the members and soon-to-be members of the National Honor Society. He shared that he was shocked that he was chosen to speak by the students, but he was honored to do so for such an important moment for those students.

For each letter of the word “Waseca,” Anderson had a word associated with it that he also shared a story with. He said the W stands for wisdom, A stands for ask questions, S is for selflessness, E is for energy, C stands for character and the last A is for attitude. Anderson said that all students in Waseca show these attributes in different ways.

Anderson congratulated the new inductees, noting that NHS members are examples of his favorite sayings: “Boy, it’s a great day to be young and a Bluejay.”

After Anderson finished congratulating the new inductees and the current members on their hard work to become members, the names of the current members as well as last year’s inductees were read. Those who were not in attendance at the ceremony had their picture in a slideshow while their name was read off.

A video of the WJSHS choir played for the audience before the current members exited the stage and the new inductees moved onto the stage.

Once the inductees were situated a current member gave a short speech on the “Spirit of the Torch,” which was the first candle lit during the ceremony. Another brief speech was given on scholarship by Jaden Hiller and Zander FitzSimmons speaking on service. Marcus Hansen spoke on leadership and Morgan Honstad spoke on character, each student lighting a candle after their speech.

After all of the candles were lit, the new inductees were announced while walking across the stage to get a certificate and a pin.

To close out the ceremony, a member of the Minnesota Honor Society read off the pledge.