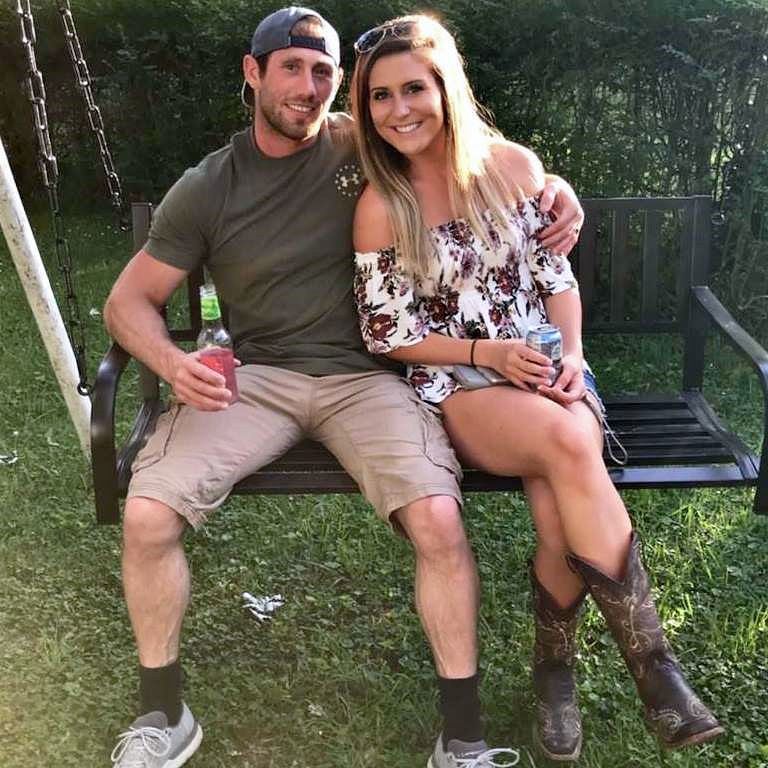 Jason Folie will bike across America to raise awareness and funding for CHM while his fiance Krista Kramer handles the marketing and planning of the trip. (submitted photo) 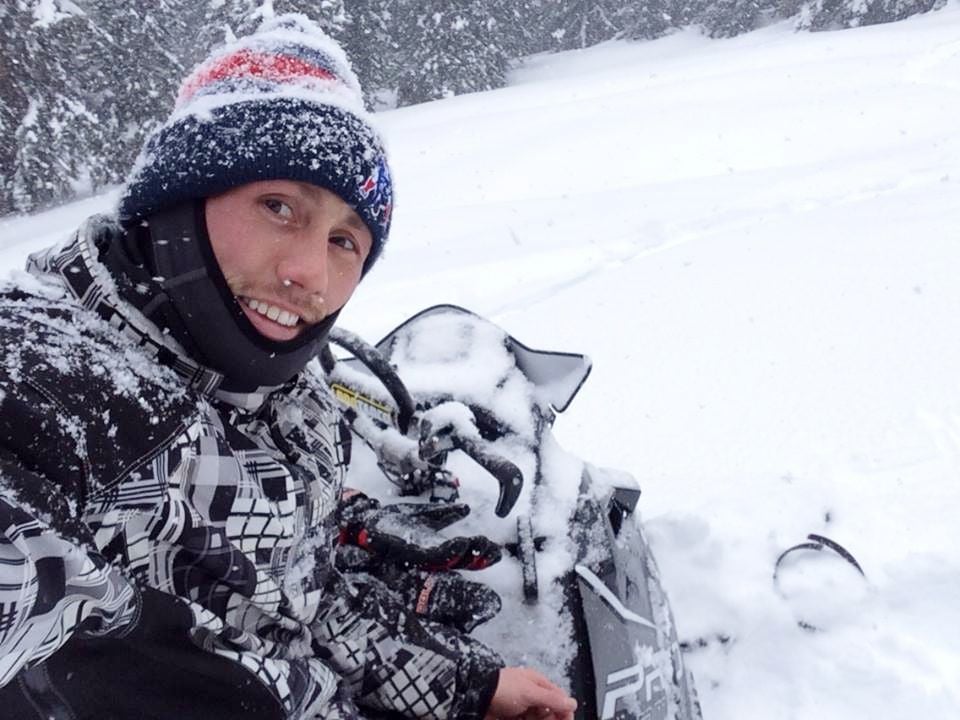 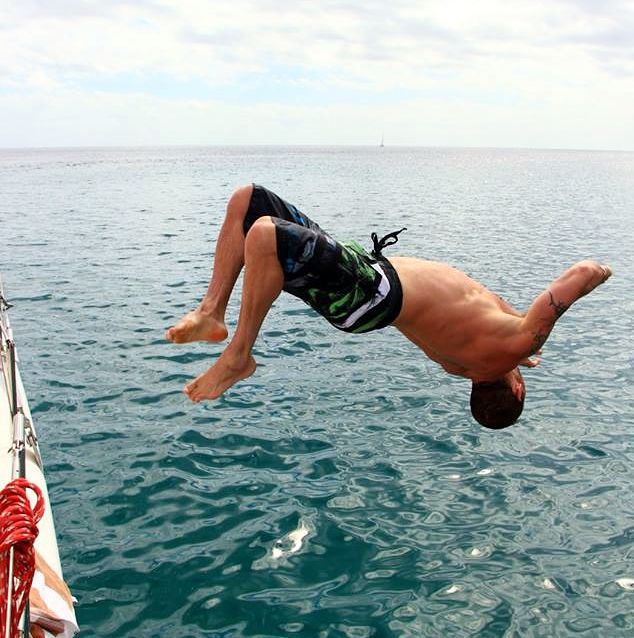 Jason Folie doing a back flip off of a boat on one of his trips. (submitted photo) 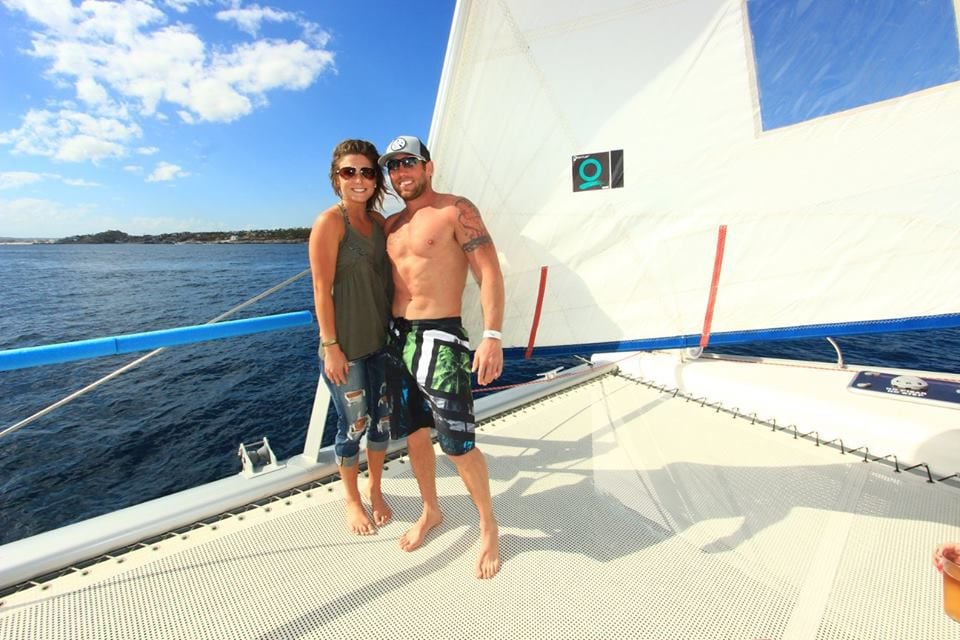 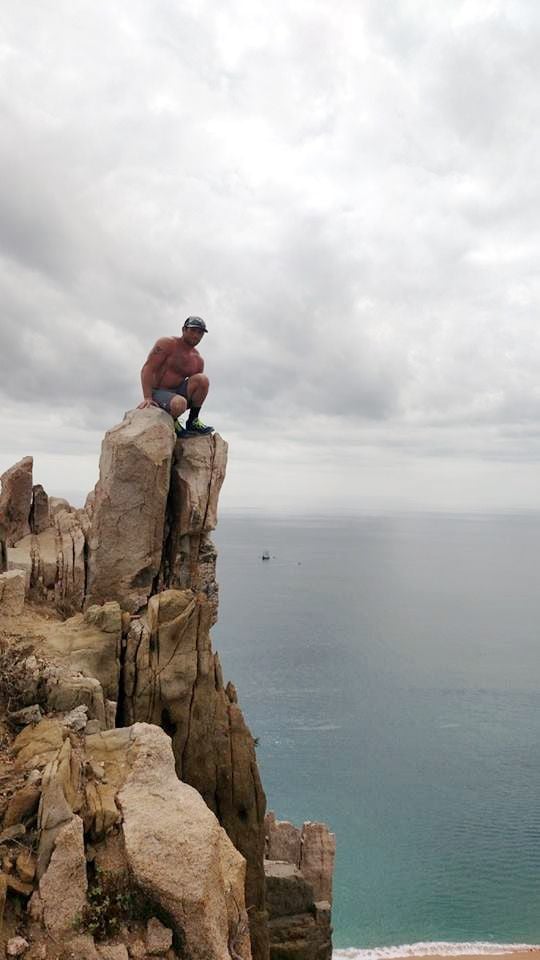 Jason Folie climbed to the top of a cliff while on vacation. (submitted photo)

Jason Folie will bike across America to raise awareness and funding for CHM while his fiance Krista Kramer handles the marketing and planning of the trip. (submitted photo)

Jason Folie doing a back flip off of a boat on one of his trips. (submitted photo)

Jason Folie climbed to the top of a cliff while on vacation. (submitted photo)

Waseca resident Jason Folie will bike across America to raise awareness for a rare condition he has called Choroideremia (CHM).

Folie, owner of Folie Roofing, is now 35 years old, but he has known since high school that he has vision problems and only knowing for the last two years that it is specifically CHM.

CHM is an inherited disease that causes progressive loss of vision, beginning with night blindness at a young age. It progresses to loss of peripheral and central vision, loss of acuity, depth perception and color perception and eventually leads to total blindness normally somewhere around mid-life.CHM affects about 1 in 50,000 males in the United States according to Choroideremia Research Foundation, Inc (CRF) website.

“My main objective is to just raise the awareness for probably what nobody knows anything about,” Folie said. “To help out the little guys out there who probably don’t want to think about what I’m thinking about.”

To raise awareness and funding for CHM, Folie will bike across America, starting in January 2020.

He plans to start in San Diego, California and end in St. Augustine, Florida. This is a 3,100-mile ride that he is hoping brings attention to the condition and raise funds for research. He has set a goal of raising $100,000 with a donation of $35,000 of his own money.

“I definitely want to pass my goal, because I have bigger plans — just something I threw out there to get to and if anybody knows me and my goals, I don’t like not reaching goals and so that should be interesting,” Folie said. “The bike ride is a little bit more of a fun thing to do and raising awareness and fundraising, because 50 miles a day isn’t going to be challenging to me and that is why I wanted to do something challenging and a little bit bigger at the end. That was actually a challenge because to me 3,100 miles on a bike is nothing even though I’ve never rode one of those road bikes in my life.”

He came up with the bike across America and his additional ending challenge through his inspiration, David Goggins.

“He is known as the baddest man on the planet basically,” Folie said warning that Goggins is intense before looking him up.

Goggins is a retired Navy SEAL and is the only member of the U.S. Armed Forces to complete SEAL training (including two Hell Weeks), the U.S. Army Ranger School (where he graduated as Enlisted Honor Man) and Air Force Tactical Air Controller training according to his website.

Folie will be riding on a gravel bike for his ride and has ridden a few times already but doesn’t plan to do too much training.

Someone once told him that the Folies “embrace the suck,” and he agrees that it’s true, pointing to his roofing business, where he spends 15 or so hours a day on the roof unbothered.

“I like miserable,” Folie said. “I like knowing that I can do everything else when most people quite, I mean the reason i got my tattoo Mighty Mouse is because I was so little and I could still beat anybody that was bigger than me... Mentally I’m just tougher than anybody else…”

Folie spoke on focusing on the physical challenges that this ride will bring because he has a surprise additional challenge towards the end of the ride to push himself further.

“I might need a few of my closer friends there for the last idea because I’ll need some people to push me a little bit,” Folie said.

For the duration of the trip Folie will have Kramer driving ahead of him to the cities he will be stopping in to organize press interviews. The plan is to also have their two dogs travel with them.

Kramer has also planned Dining in the Dark, an event to celebrate Folie’s finish and return, scheduled for March 28, 2020.

The event will be at the Mill event center in Waseca where those attending will wear a sleep mask while they dine to experience what it would be like to have CHM as a reality.

“I just like the physical stuff,” Folie said. “...That part’s the easy part, I delegate to Kirsta (Kramer) helping put the stuff together that I don’t like talking about, I’ll just do my part and just make a scene.”

Kramer said that the community has been super supportive already and almost every business she has gone to has given something immediately or pledged something later to help.

Kramer and Folie have set up a fundraising website at donate.curechm.org/fundraiser/2392569 and a Facebook page at Fight to End CHM — Jason’s Journey, where people can follow his progress with posted updates and the funds that he has raised on his journey.

In high school, early 2000’s, Folie knew there was something wrong with his vision when a friend mentioned his night vision was bad and has progressively gotten worse and is now mostly gone. This means being in a dim room or a dark room makes it impossible for him to see.

He has been active his whole life with wrestling, snowmobiling, traveling and many other things and he is still able to be active, CHM has not slowed him down.

“I mean it’s slow progressing,” Folie said of his CHM. “It’s been happening since the day I was born and if something happens slow enough, you don‘t notice the change — like I don’t notice that I can’t see as well as everybody else …”

Along with the loss of night vision, he has poor peripheral vision, but he can see well centrally. His right eye is worse off than his left eye where he is able to read a few of the 12/20 vision lines when he is tested.

“Certain things he can see better than me,” Kramer said.

Once Folie realized there was something off with his vision, he always thought it was retinitis pigmentosa, a similar disease, until two years ago when he was at Lowe’s and his vision went “funny” as he states it.

This is when he knew he needed to go to the Mayo Hospital in Rochester, Minnesota.

When he was tested at Mayo they had never seen CHM in person before due to it being so rare. Folie and his dad found the clinical trials being run in Madison, Wisconsin while they were at Mayo.

Once in Madison, WI he was genetically tested and once CHM was confirmed he became a member of the clinical trials for the next two years. He would go back every four months and do a series of tests until he got to the point, recently, where he was no longer a fit for the tests.

The testers only wanted the perfect candidates to continue who would get surgery to be approved by the Food and Drug Administration if successful. Though he is no longer part of the clinical trial, he still goes to Madison, WI so they can keep doing research to find out more about the condition.

CHM is a hereditary condition that is an X linked recessive retinal degenerative disease meaning that it is passed down through female carriers to males in the family. Both Folie’s mom and his aunt are carriers.

Since deciding to bike across America, Folie has started sharing with friends and family that he has CHM because he hadn’t told many people.

“A lot of people were very surprised,” Kramer said.

He has also recently started connecting with other people who have CHM. Folie and Kramer were able to connect with a person who lives a little over an hour away, who they planned to meet.

Kramer was able to connect with the CRF engagement director along with the executive director of CRF. She said they have been helpful in the planning process of connecting with media along the bike ride.

“She (CRF Executive Director Kathy Wagner) is really on board,” Kramer said. “Since it’s a really small foundation they’re all really knowledgeable of what we’re doing and they’re really on board with it and super thankful. He (Folie) got a letter from the President Neal Bench and he sent him a card in the mail saying thanks for doing this and I was like oh my gosh this is a very tight knit community, it’s like a little family of CHMers.”