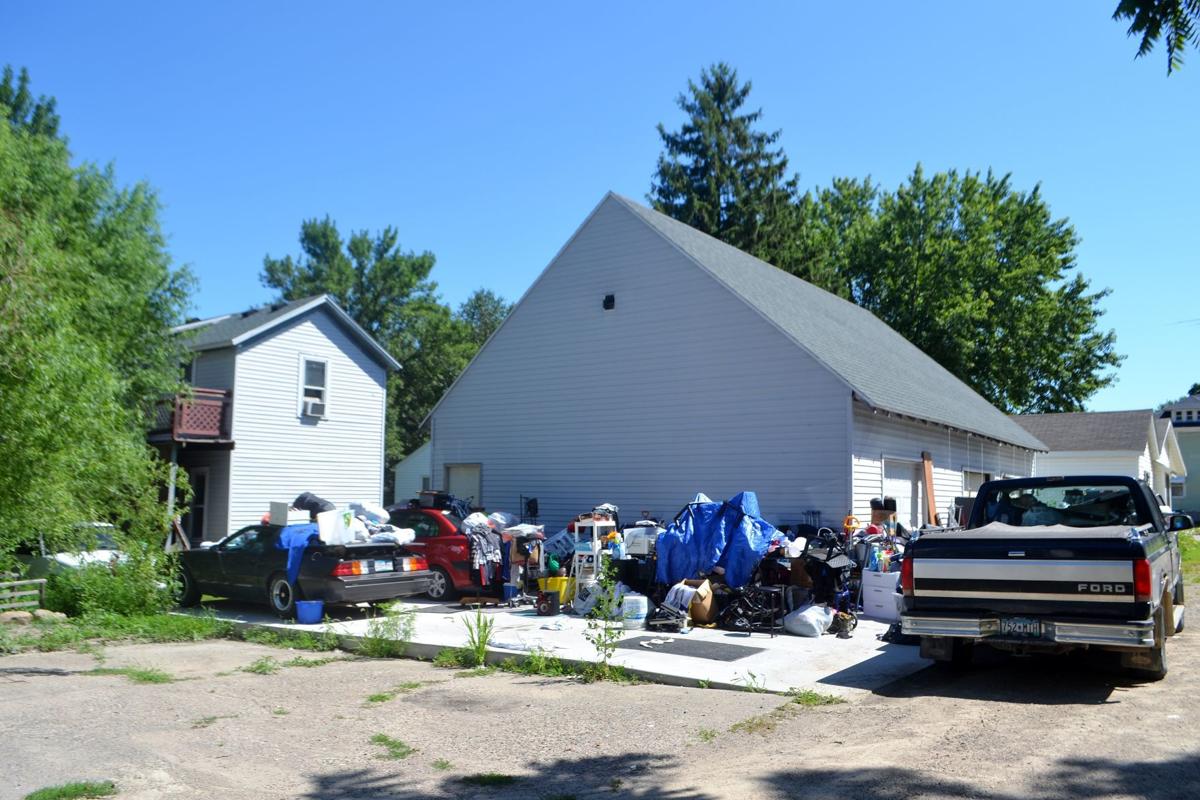 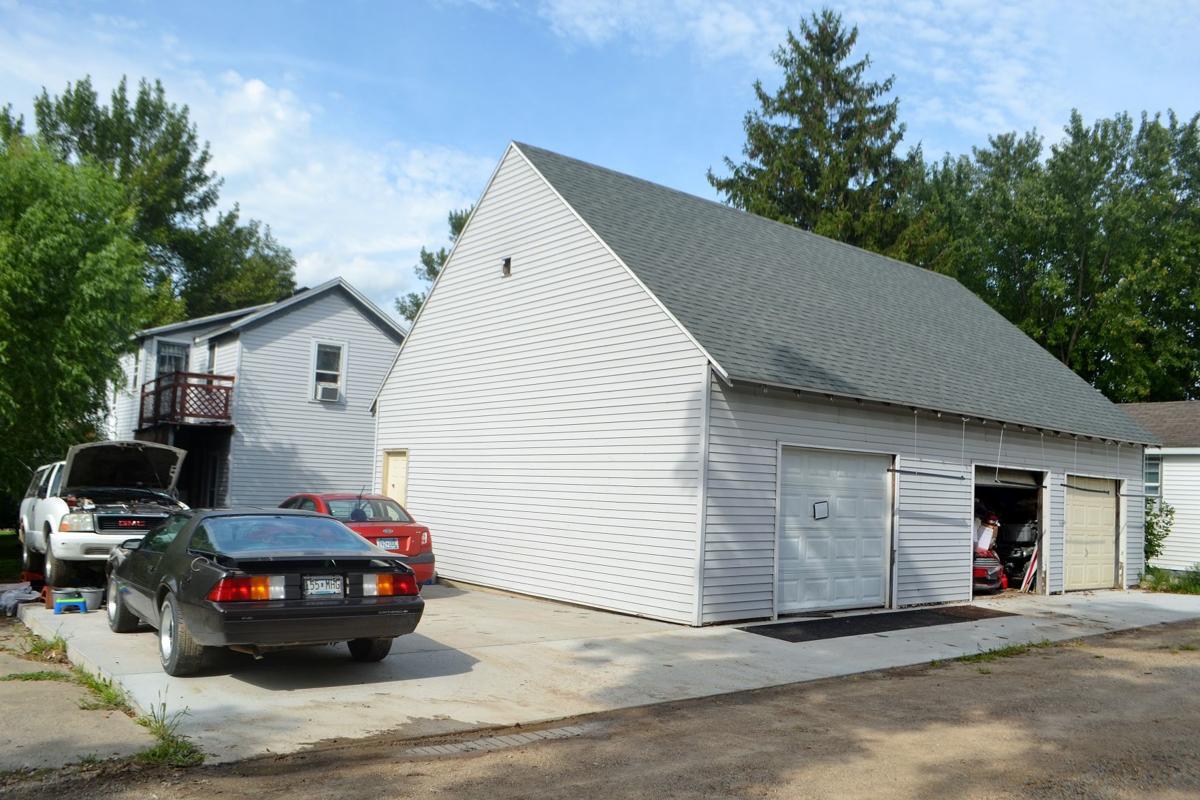 Since the August 7 City Council meeting progress has been made on the house owned by Vicky Scribner. (Bailey Grubish/Waseca County News)

Since the August 7 City Council meeting progress has been made on the house owned by Vicky Scribner. (Bailey Grubish/Waseca County News)

WASECA —A Waseca resident whose property is the subject of a nuisance complaint has been given one last chance by the city council to clean up the property.

City attorney Mike Kennedy spoke at the council meeting on updates and his recommendations of the nuisance complaint on Vicky Scribner’s property located at 714 3rd Avenue NE, that was addressed at the previous council meeting.

After the public hearing and discussion on Aug. 20, the council voted to table the matter until the next council meeting due to some cleaning progress and contact being made with Scribner.

Before the public hearing Kennedy said that he spoke with Scribner and she said that she has not been at the property for some time due to caring for a sick relative. Due to this he recommended the council table the resolution for the abatement until the Sept. 3 meeting to give more time for improvements on the property.

“What I can say is in the five years in doing enforcement is we to try and always work with the people not against them and show support,” Planning and Zoning Coordinator Bill Green said. “And up until this morning, I would have said pass the resolution no questions asked. After talking to Vicky this morning I believe she is sincere…There is improvement.”

Prior to the Aug. 20 meeting there was correspondence sent to the property owner about the violations that don’t meet city ordinance in April, May and July. After several attempts to contact Scribner the council voted to bring the nuisance complaint to a public hearing for an abatement.

Once the public hearing was opened there were many comments from councilors and citizens.

“This is very commendable on the part of the city attorney and Bill Green to give these folks a chance and I can personally vouch for Vicky because I’ve known her for a number of years and she is an upright citizen,” Mayor Roy Srp said.

Waseca resident James Christiansen spoke to the council about the complaint.

“I drove by it after the last meeting and it was highly despicable and I drove by it today and it was better,” James Christiansen said. “My concern is that if you do what is recommended to do if Ms. Scribner does come in compliance and this comes up a year from now, do we start all over?”

Kennedy spoke to this that there will not need to be another public hearing in two weeks at the next meeting and that there is no guarantee that if the property becomes in compliance that it won’t be a nuisance again six months down the road. At that point it would start over, even if they did take the property owner to court.

“I want to keep the pressure on the property owners and this is not the only one in Waseca, we want citizens to understand that it takes two to understand that they have to work with the city and the problem is either going to be solved or not,” Kennedy said. “...We want people to know that we are serious about enforcing these ordinances…What I’m hoping to accomplish here is not warning the public but advising the public that we take things seriously and that we will follow them through.”

A letter from the city attorney was sent to the property owner prior to the Aug. 20 meeting stating the changes that must be made. These include the removal of all junk, rubbish, materials and other offending materials and any inoperable vehicles must either be operable and parked on approved surfaces. These are things that have seen some improvements and that the city wants to see handled in the next two weeks.

The process of how nuisance complaints are filed was brought up and criticized during the public hearing.

Green stated that Waseca has a complaint based procedure, which about 75% of cities in Minnesota are. These are are not anonymous complaints but the information of the person submitting the complaint is kept private.

The City of Waseca does not have a vacant house property program and a house can sit vacant.

Kennedy explained that complaint based means that there are no officers out looking for violations or reporting them, but officers will follow-up with complaints submitted.

“I just have a question,” Dickie said. “If I’m a homeowner and there’s a house next door and it’s falling apart, I contact the city? Is that something that can be changed or revised? Why does a neighbor have to see that? Could that process be changed that neighbors don’t have to be reporting on their neighbors…?”

“That was a program set up by the city council five years ago and that can be reviewed,” Green said.

Dickie continued to speak on her personal experience along with ones that she had heard from others about reporting a nuisance. She shared this because she wanted to know why this one particular property had gotten so much attention from the city when there are several properties in violation of city ordinances in the city.

She said that there is one property in particular that she had called on and nothing happened.

“I think that it is an inefficient way and pitting neighbors against each other…” Dickie said. “ I’m asking if it’s a policy that can be changed or amended and that would be something more efficient that wouldn’t put everything on the residents.”

This is a program that could be changed by the city council if the council chose to.

“One of the reasons that there is a complaint-based system in every system, virtually, is it limits the complaints, if you had an officer or someone to just go around and look for properties then there would need to be several people added to Bill Green’s staff and there would be additional cost,” Kennedy said.

He continued to say that these complaints and how to address them is a problem in every city.

“The city has to decide how to allocate their resources and Mr. Green’s time,” Kennedy said.