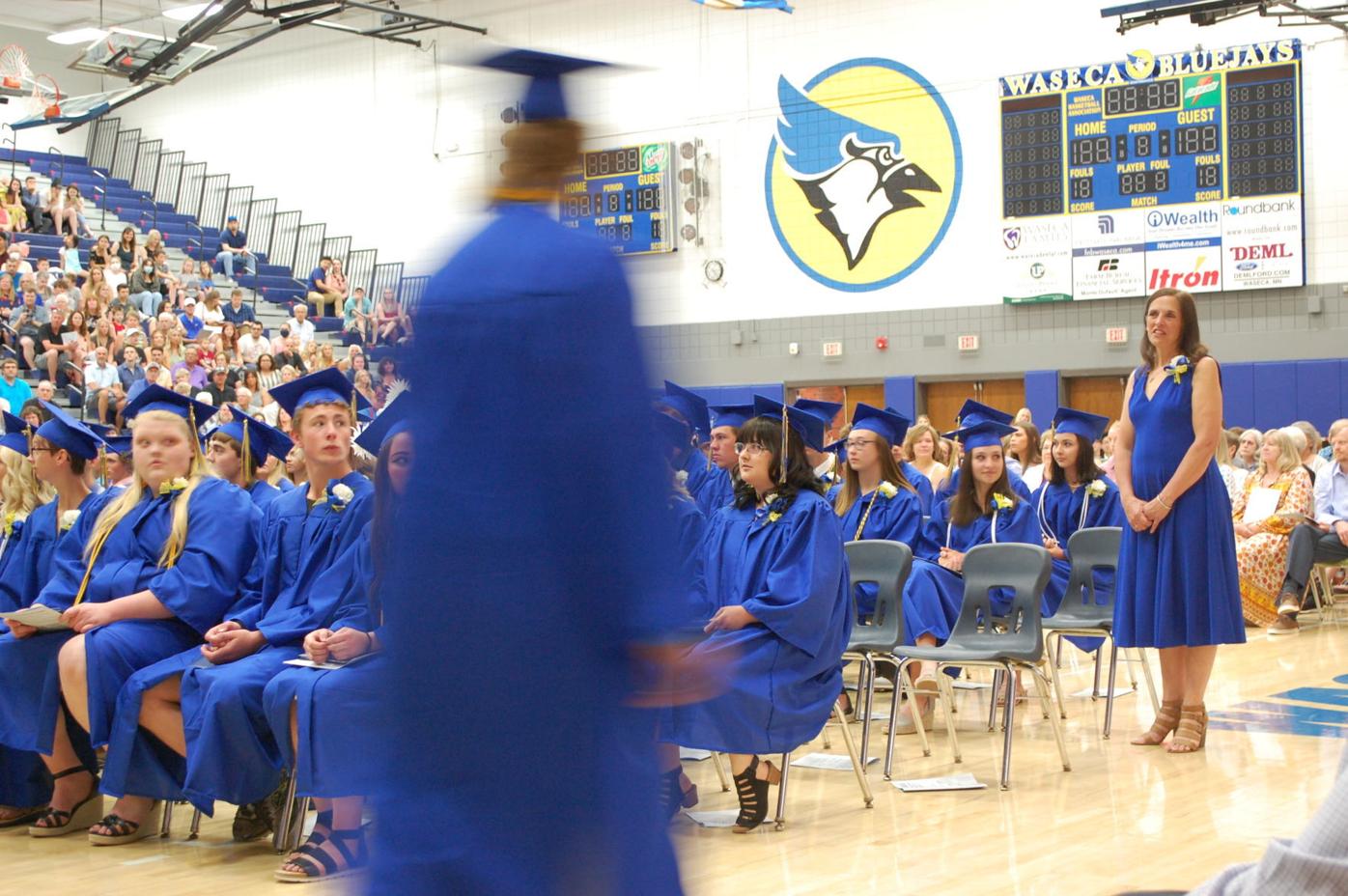 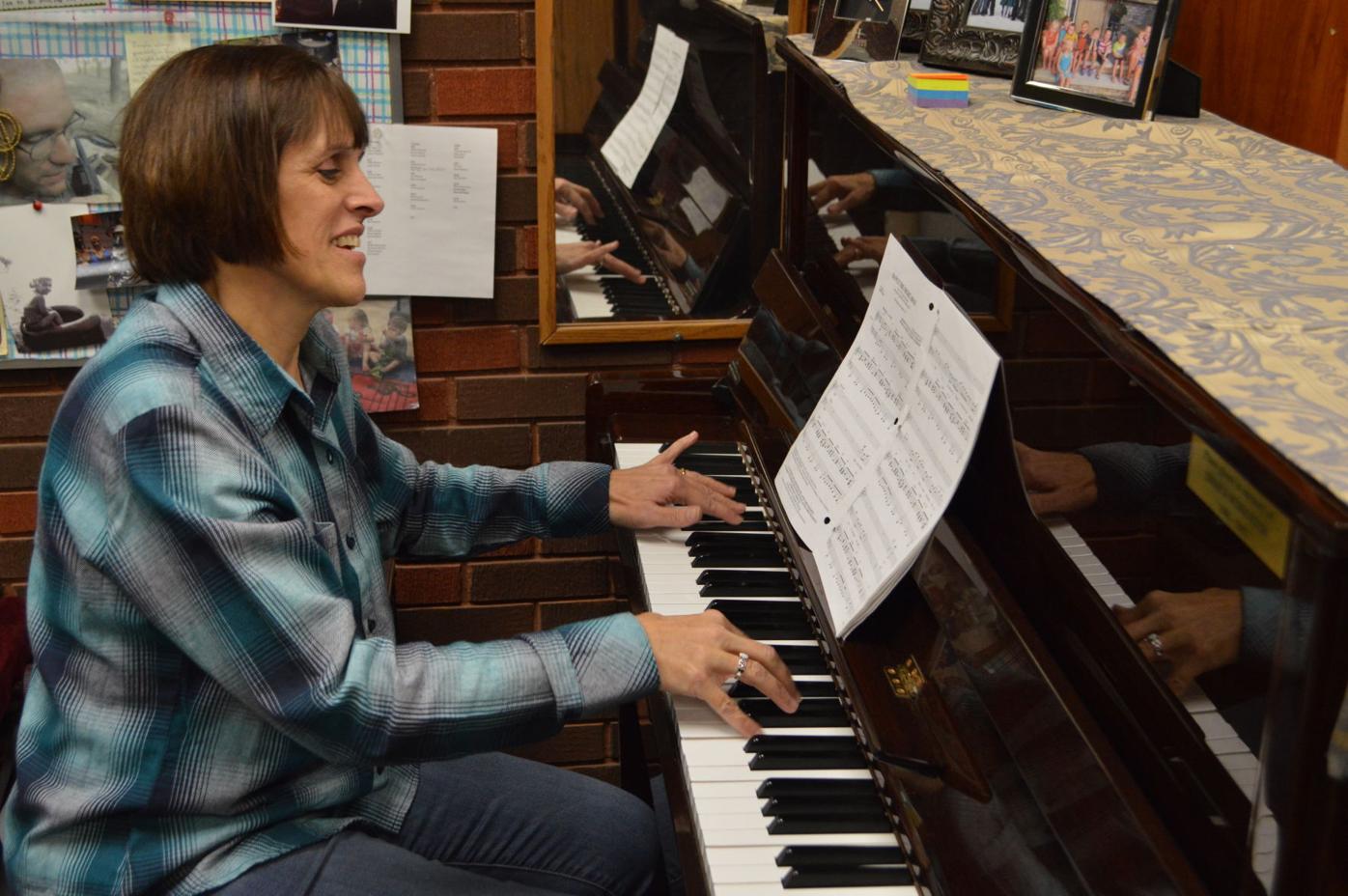 Deb Wantoch-Yess never questioned if she was going to become a teacher.

Her mother was one of 13 children, 10 of whom went on to become teachers. Her father, his two sisters, and her own grandmother were all teachers. Wantoch-Yess’s only question growing up was which subject she would teach.

After 38 years as a music teacher at Waseca Junior Senior High School and being named Waseca Teacher of the Year in 2014, Deb Wantoch-Yess is retiring this year. She performed her last songs as choir director at the high school’s graduation ceremony on Sunday. Principal Jason Miller thanked her during commencement for making their local music program legendary, expressing awe that she had taught over 8,000 different songs to her students during her career.

Back when she was a student, though, Wantoch-Yess agonized over the decision to teach home economics or music. She ended up choosing music because she found it more challenging, and because she knew the constantly changing nature of music would keep her interested long after she finished her formal education. With that choice made, then, she was tasked with specializing in a subfield of music. Initially an instrumental major and trumpet player, she added a vocal component to her education after a conversation with a voice teacher in the school hallway. He had asked her if she was going to sing.

Her main job consists of directing three choirs and giving voice lessons. On top of this, though, she works with four show choirs and two sextets before school and into the evenings, as well as helping with instrumentalists and singers in the school musical. Her first rehearsal starts at 6:50 in the morning. An easy day ends nine hours later, at 4 p.m.; Mondays end 14 hours later, at 9 in the evening. Some of the extracurriculars are unpaid, while others, Wantoch-Yess discovered after some calculation, pay less than minimum wage.

“It’s not why you do it,” she said about the money. “It’s about the energy that it brings to the kids, and the chance to spend a little more time doing things that they really enjoy.”

What really motivates her, she explained, is seeing kids succeed. Learning music, she explained, is a slow, often grueling process, but also a rewarding one, with clear, demonstrable progress that Wantoch-Yess gets to see firsthand in her students in eighth through 12th grades. All that time with them, she said, has given her a unique opportunity to see them as people, using music as a vehicle to teach more broadly.

“Sometimes band and choir directors spend more time with the kids in the family than the parents,” she said.

For Wantoch-Yess, the pandemic presented a unique challenge. Sitting in an empty room, in lockdown, recording rehearsals, she would try to envision that the students were in the room with her, their voices coming through her computer speakers while they sang along from home.

“When we could finally all be together, it was like Christmas,” she said, “even with masks, six feet apart, with backward acoustics. It was so great to have them all together. And to end the year being able to sing without our masks was just joyful. I can’t even express how exciting that was to hear their voices, and to see the expression on their faces while they were singing.”

While she is formally retiring from the school, Wantoch-Yess said she still plans to work at a music camp in Rushmore, South Dakota, direct a church choir, work with music student teachers through Mankato State University, and maybe do some substitute teaching on the side.

“I don’t want to be crazy busy,” she said, “but I know I’m not ready to sit and watch the grass grow, either.”

Used to an exceptionally busy and social schedule, Wantoch-Yess expressed some anxiety about losing daily contact with the kids, of which she has seen hundreds every school day in Waseca for 38 years.

Her voice trembled as she reflected on her long career at the high school.

“My heart is overflowing,” she said. “I’m so grateful. I’ve come to love this place, it feels like home to me. I can’t imagine having spent my career anywhere else. I’m still going to be here, supporting the community and the kids and be as involved as I can, because I think it’s a special place. Waseca’s a really special place.”