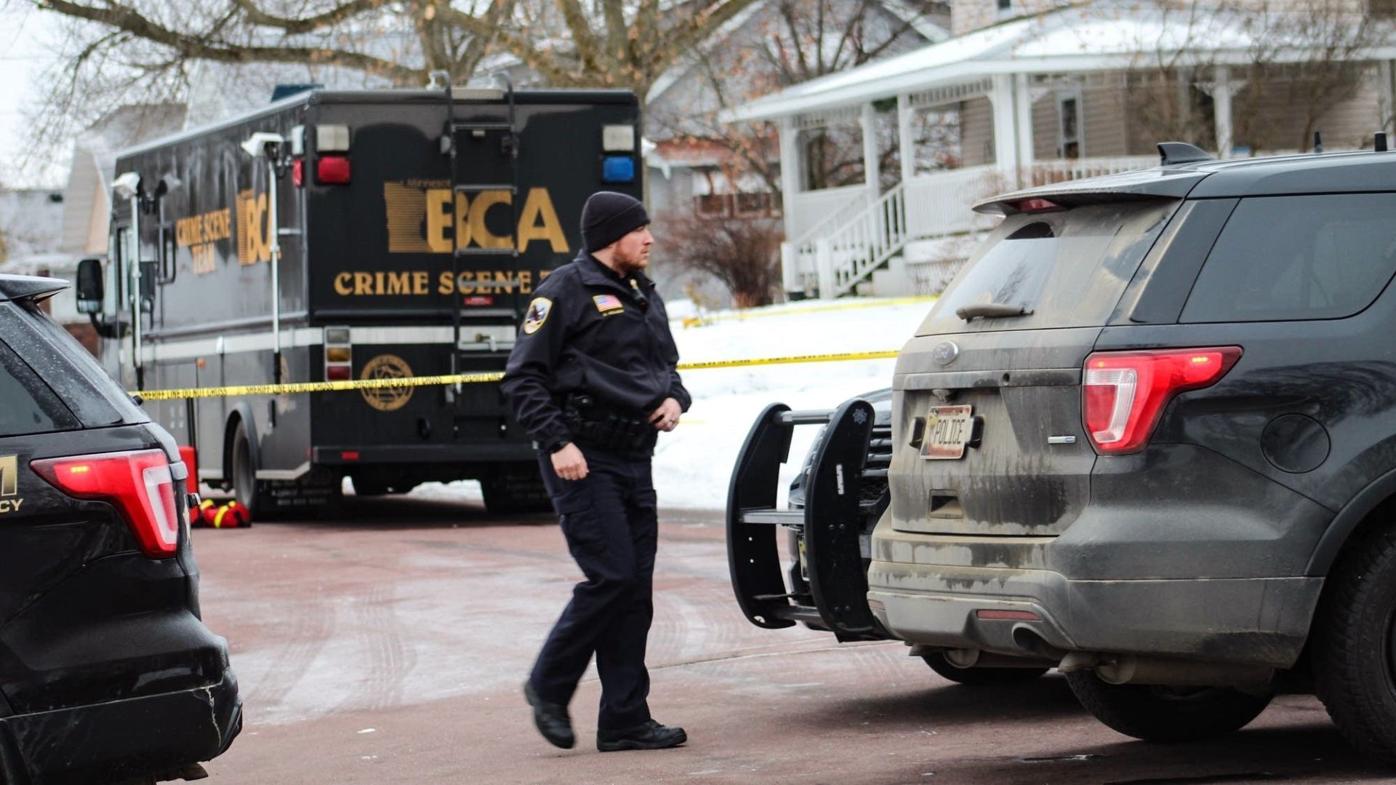 A Waseca police officer walks the perimeter set up at the crime scene in Waseca, Minn., following the Jan. 6 shooting that left an officer and suspect injured. (Hannah Yang/MPR News file) 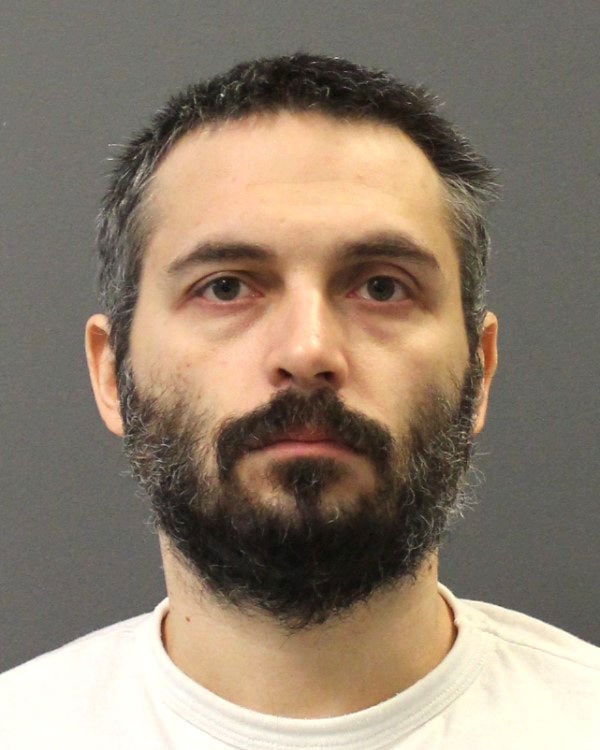 The man accused of shooting a Waseca police officer in January entered two guilty pleas Thursday, both attempted murder of a peace officer, an admission that's expected to send him to prison for decades.

Tyler Robert Janovsky, 37, of Waseca, entered the pleas per an agreement with the Waseca County Attorney's Office. He pleaded guilty to one count of the attempted murder of Waseca Officer Arik Matson and one count of attempted murder of Waseca officers Andrew Harren and Sgt. Timothy Schroeder in relation to a Jan. 6 incident that left Matson critically injured from a gunshot to the head.

All other charges linked to the shootings will be dismissed as a result of the plea agreement. Waseca County Attorney Rachel Cornelius has also agreed to drop a first-degree manufacturing meth charge from a separate drug case filed in December. Also part of the agreement: the federal government won't pursue drug charges linked to the December case.

According to the plea agreement, Janovksy will be sentenced to 35 years in prison. Sentencing is set for Sept. 18.

During Thursday's hearing, Janovksy told Judge Christine Long that on the night of Jan. 6 he was aware that officers were looking for him as he hid behind a house. Janovksy said that he went on the roof of a Third Avenue SE home and shot at Matson with the intent to kill him before firing at Schroeder and Harren with the same intent.

According to Cornelius, she didn't learn that Janovsky would accept the plea agreement until the hearing, though her office knew it was a possibility.

Long pushed the sentencing date back to accommodate the anticipated Sept. 10 release of Matson from his current care facility in Nebraska. Cornelius said that if Matson's not released prior to that date that she'll ask for a continuance so that he is available to make a victim impact statement.

According to the criminal complaint, Janovsky, who was on supervised release for a 2010 drug conviction, had a warrant out for his arrest at the time of the shooting. According to court records, police found materials for a potential methamphetamine lab, as well as drugs and a loaded handgun at his Waseca residence in December.

On the night of the incident, four members of the Waseca Police Department — including Matson, Schroeder and Harren — were dispatched to the 900 block of Third Avenue SE in Waseca following a report a suspicious person with a flashlight in nearby backyards. Capt. Kris Markeson was also present at the scene.

Officers first made contact with Janovsky the night of Jan. 6 on the balcony of the home where he then fled to the garage roof before circling to the front of the house, according to the complaint. It is there that he fired his gun at the officers, striking Matson in the head. Janovsky was in turn shot twice, sustaining non-life threatening injuries. According to the Minnesota Bureau of Criminal Apprehension, Matson and Schroeder fired their weapons during the incident.

Janovsky said in court Thursday that he initiated the gunfire.

Matson remains in a rehabilitation facility. Last week, his wife Megan posted an update on his CaringBridge page: “His touch, taste, smell and hearing are all at different levels, some more intense than others used to be. He is able to walk on his own at times for short distances (never alone). He often finds himself needing the help of an assistant more than not.”