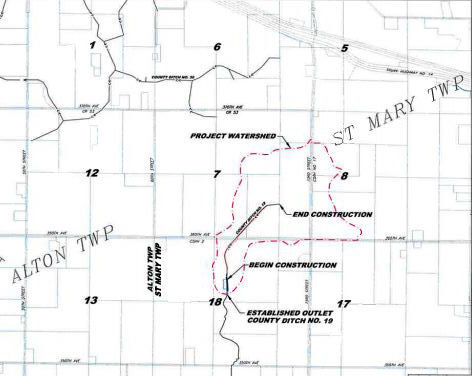 Improvements to County Ditch 19 include replacing the tile and constructing a storage pond. The ditch is located about 5 miles west of the city of Waseca and the project area includes the ditch west of the Farmamerica site. 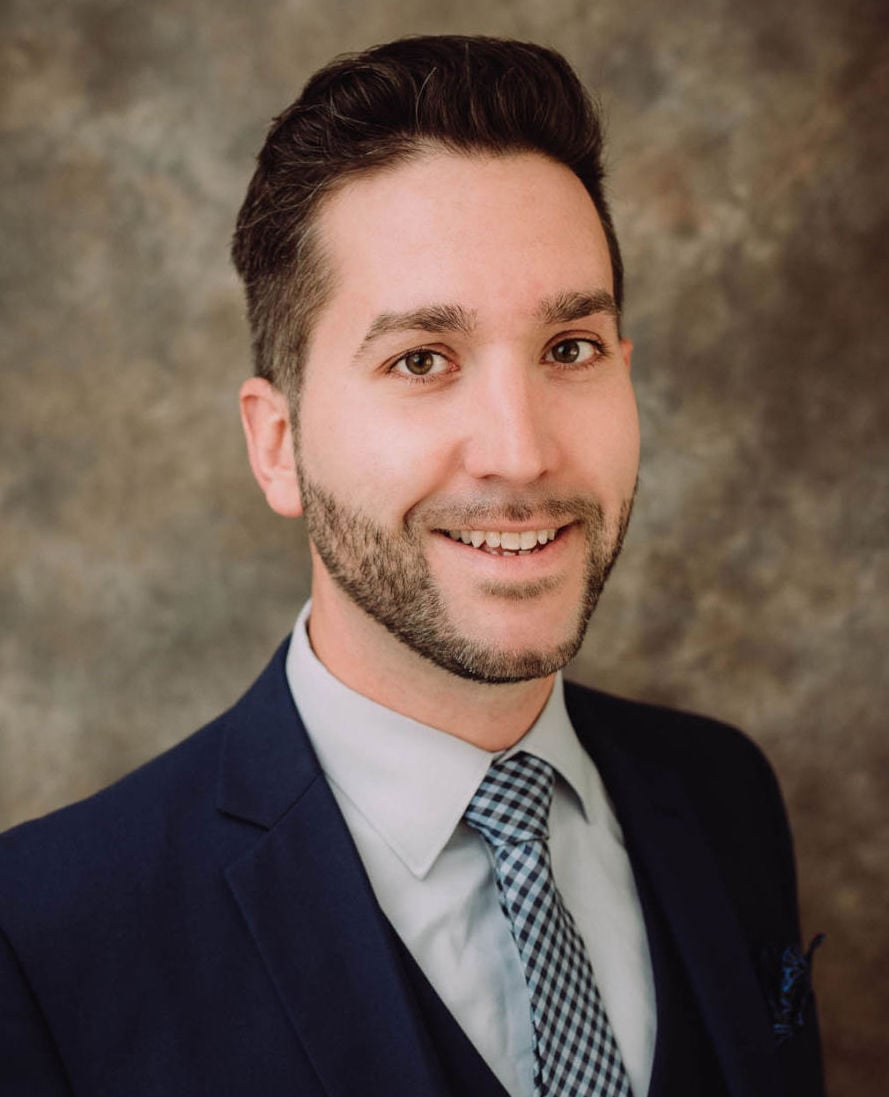 The Waseca County Board has approved repairs and improvements to a 101-year-old county ditch.

The approval is the last step in a process that began in 2016 with several residents and Farmamerica petitioning the county for repairs. However, the Minnesota Department of Natural Resources has objections to the project.

The county board’s 4-1 vote on Tuesday came after two hours of a public hearing and discussion. Commissioner Doug Christopherson was the sole opponent in the board’s vote, saying he was having trouble supporting the project because the DNR had concerns and the project’s cost-to-benefit ratio for residents was “questionable.”

The work on County Ditch 19, which is located about 5 miles west of the city of Waseca and whose watershed includes the Farmamerica property, is expected to benefit all 432 acres in the ditch’s watershed. The ditch’s outlet is a tributary to the Le Sueur River.

The project, expected to be completed by the end of 2021, will include replacing the tile and abandoning the old tile and creating a 1.2-acre, 3-foot-deep storage pond on private property. After the improvements, the ditch’s benefit will be worth $635,000, compared to its current benefit of $255,000.

The project is estimated to cost about $320,600. A $50,000 state grant was secured a couple years ago to defray the cost of the storage pond construction and the deadline to complete the project to receive the funding was extended to the end of April due to the pandemic. But project engineer Steve Penkava of Albert Lea-based Jones, Haugh and Smith said there’s “zero chance” the project will be completed by the deadline.

The DNR took issue with the storage pond during Tuesday’s hearing and in a letter sent to the county on Feb. 12.

Dan Girolamo, an area hydrologist with the DNR, told the commissioners that the pond’s proposed design and size was “insufficient” to mitigate the project’s impacts on the watershed and it could add to the problems in the Le Sueur River, which is already in “trouble” as an impaired waterway.

“Working to incorporate a storage structure is a big plus … but unfortunately it’s a drop in the bucket,” Girolamo said. “As a result, the project will compound additional connected drainage improvement actions in the watershed and further contribute to the altered hydrology and associated impairments driven by this stressor.”

Penkava told the commissioners that the storage pond was designed to the specifications for the $50,000 grant set by the Board of Water and Soil Resources, a state administrative agency that’s separate from the DNR.

Kurt Dieter, an attorney with Rinke Noonan who provides ditch authority counsel for the Waseca County Board, told the commissioners that the DNR’s letter about the storage pond was an advisory opinion and the commissioners weren’t required to implement the DNR’s requests because a DNR permit isn’t needed for the project.

County commissioners said they were disappointed the DNR made its concerns known only a few days prior to the public hearing and they were hesitant at first to make a motion to approve the project, with Christopherson wondering if they could postpone the vote.

Commissioner Brad Krause agreed, pointing out that residents petitioned for the project and the ditch needs to be repaired. Having an approved project will also show the state that the county is serious about completing it in the hopes of securing another grant to replace the $50,000 grant the county will likely lose out on in April, he said.

“In Waseca County, we need to keep the water moving,” Krause said.

In other news, Waseca County businesses with liquor licenses will receive a break from the county due to the COVID-19 pandemic’s ongoing impact.

The county board unanimously approved waiving the liquor license fees for 2021 during its meeting Tuesday. The waived fees total $1,600 and the loss will be supplemented in the county’s budget with remaining federal COVID-19 relief funds, according to County Administrator Michael Johnson.

Johnson noted that it would be a “nice gesture” to defray the burden on businesses who may have been entirely closed due to Gov. Tim Walz’s executive orders.

“We’ve seen hardship bestowed upon them by restrictions put in place by executive orders,” Johnson said.

Johnson also said the county could receive more federal funding if Congress passes a new COVID-19 relief package, which is currently set at $1.9 trillion, but the amount the county would receive isn’t yet known.