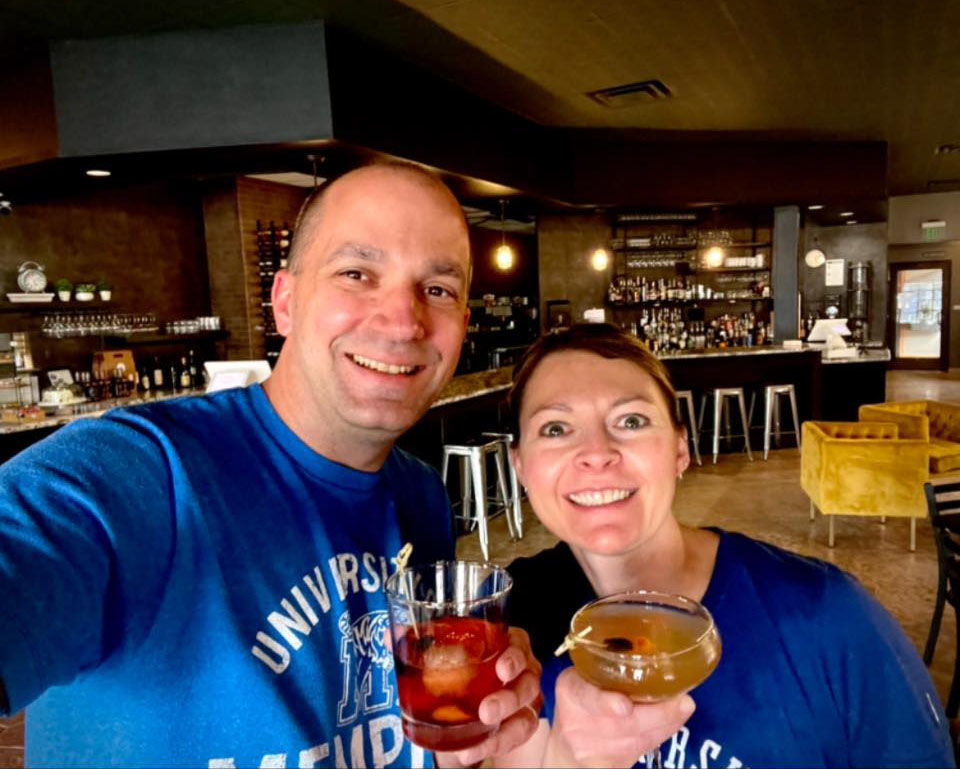 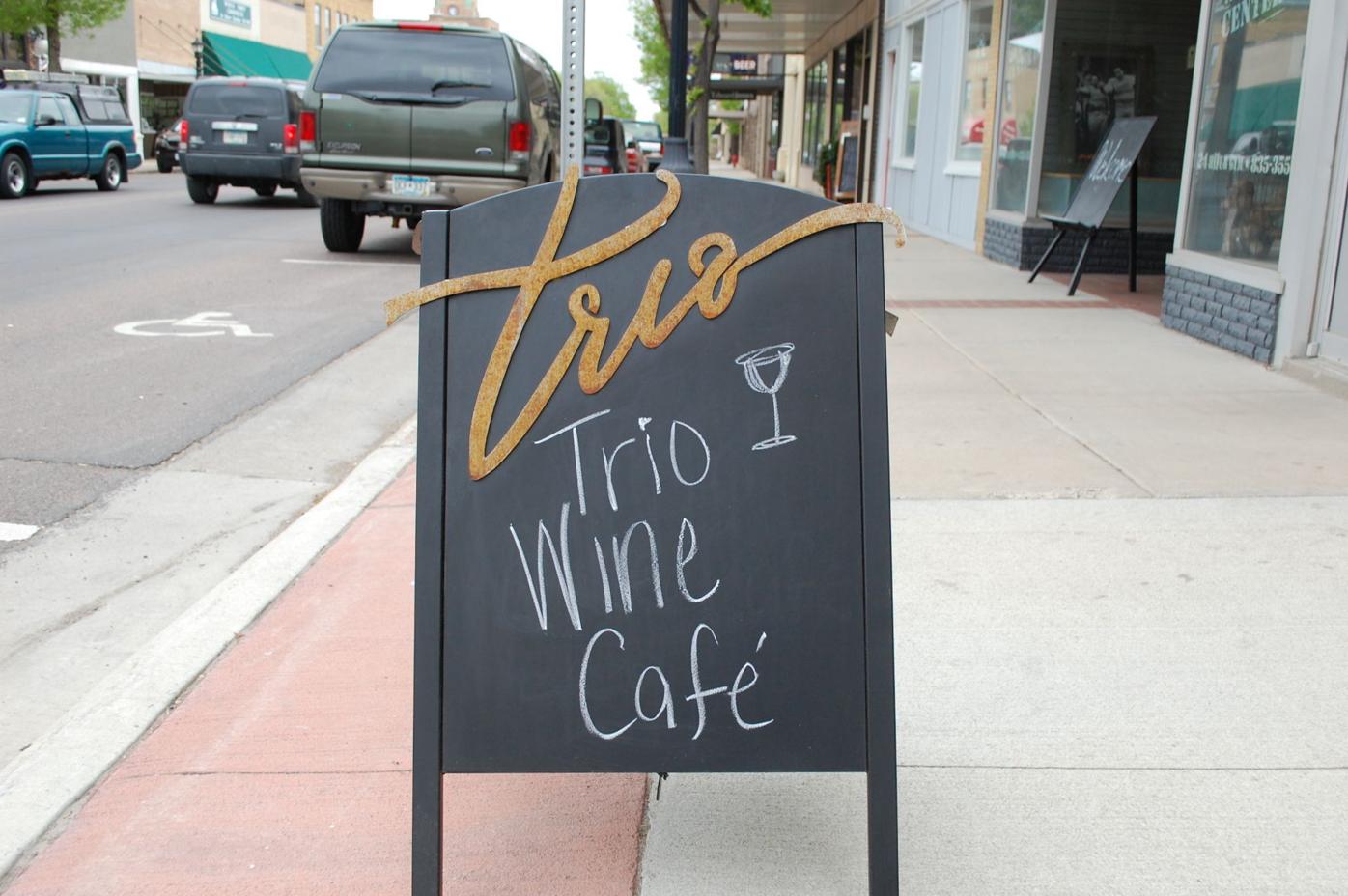 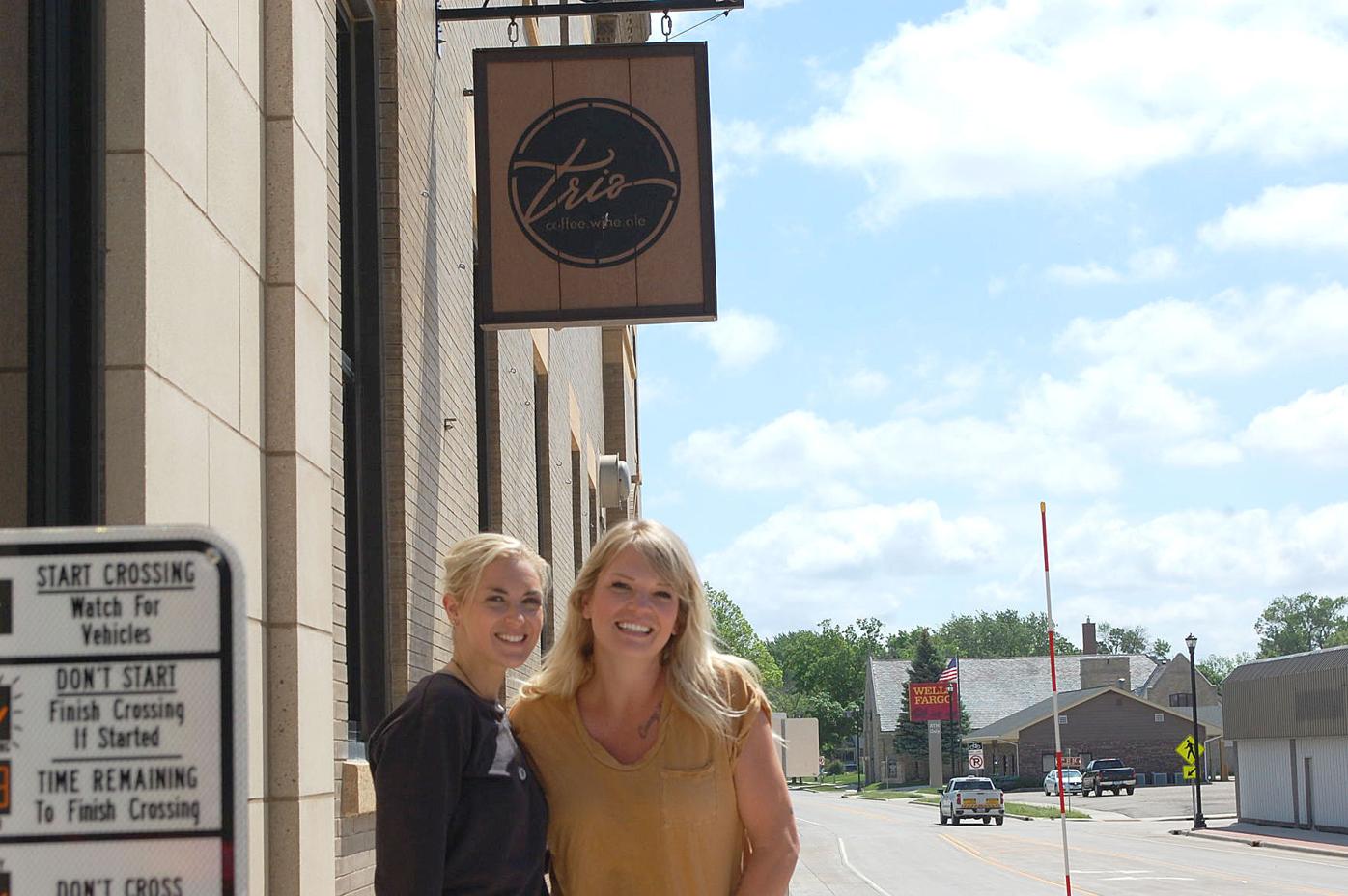 Along with a new set of owners, changes are coming to Trio Wine Cafe’s building in downtown Waseca.

Taking the better part of a summer to renovate, new owners Sarah Kay Hoffman and Mikayla Selvik plan to reopen the building at 100 N. State St. on Aug. 6. They’re waiting to announce more specific plans, but they said that the business will not be called Trio. Moreover, it will no longer be a wine cafe.

Owners of an online media company and photography business, respectively, Hoffman and Selvik said they look forward to building a space where people can come as they are to enjoy friends, family, food and cocktails.

“This building has a lot of rich history for me,” Hoffman added. “The concept for the building as a whole is, we want people to spend time here, in all the different areas we have planned for the building. Not just the restaurant.”

While owning Trio has been an integral part of their lives for three years, they never expected to be operating it forever. Originally, they had planned to operate it for five to seven years. But the challenges of the COVID-19 pandemic, and people they knew approaching them about the building, only accelerated that process.

Before they opened Trio in 2018, Carrie and Jeremy went to wineries and craft breweries out of town, wishing they had something of the sort in their own town. The place they imagined was somewhere a person could go into and have a glass of wine, a light bite to eat and be on their way.

“Not a bar, but a bar for people who don’t like bars,” Jeremy explained.

In 2018, serendipity arrived: They were approached by the owners of a building in downtown Waseca that they’d loved for years, one that used to be a coffee shop they frequented.

At the time, Carrie was going on her 19th year as a social worker, having recently started a new job in St. Paul, traveling the state and reviewing counties. Jeremy was a local sales representative in agriculture.

“The opportunity presented itself, so we had to say, ‘Are we gonna take it, or are we gonna wait for it maybe to never happen?’ So we decided we’re gonna go for it,” Carrie recalled.

It’s not that Carrie wanted to get out of social work, she explained, although she did leave her position to be the manager of Trio. It’s just that an opportunity had presented itself.

What resulted was Trio Wine Coffee, Wine & Ale House, what is now known after their re-branding as Trio Wine Cafe.

“We wanted it and we made it,” said Jeremy.

For most people, this would seem easier said than done. Back when they were open for breakfast, Carrie worked every day from 8 a.m. until 8 p.m. Even under the new format, in which they are only open Wednesday to Saturday, there is still baking, cleaning, inventory, ordering and more to be done on off-days.

Jeremy, for his part, never quit his full-time job as a local sales representative in agriculture. After a full day doing that, he would begin work at his other full-time job at Trio, he explained.

Trio wasn’t the only time they worked together. They had their first job together at the student center at Southwest Minnesota State University, where they went to college. She was his manager.

“She still is,” Jeremy said, referring to their roles at Trio. “That’s one of the things that we had to determine early on. Yes, I own the building, but when it comes to decisions on Trio, she is the manager. Whether I agree or not, she is the manager.”

Reflecting on their time at Trio’s helm, they emphasized the constant effort to update and improve. This effort is what resulted in Trio’s re-branding, wherein breakfast and lunch were removed, craft cocktails were added and the basement was opened up. Beyond this, they’ve updated all of their menus on a nearly monthly basis, adding specials, seasonal items, and new beer, wine and cocktails.

“We’re constantly changing, because we want to keep it fresh. It’s a challenge, but it’s a good challenge. It’s something we pride ourselves on,” Carrie said.

Carrie explained that part of this effort is simply automatic. When they go into other establishments, for example, they tend to take mental notes on what those places do that they might wish to emulate. Even well before they began Trio, back when it was a coffee shop under the previous owner, they would come in and remark on the potential for the building and how they might design the space if they ever got a hold of it.

“I think we talk about work a lot more than other people probably do,” Carrie said.

While they’re not sure about their next steps, Carrie and Jeremy said they are looking forward to taking a break and maybe getting back some work-life balance. Likely, though, that will not hold for long. After rattling off half a dozen initiatives and organizations he’s keeping an eye on, Jeremy said he would, of course, be involved with some future project that lines up with what they would like to do.