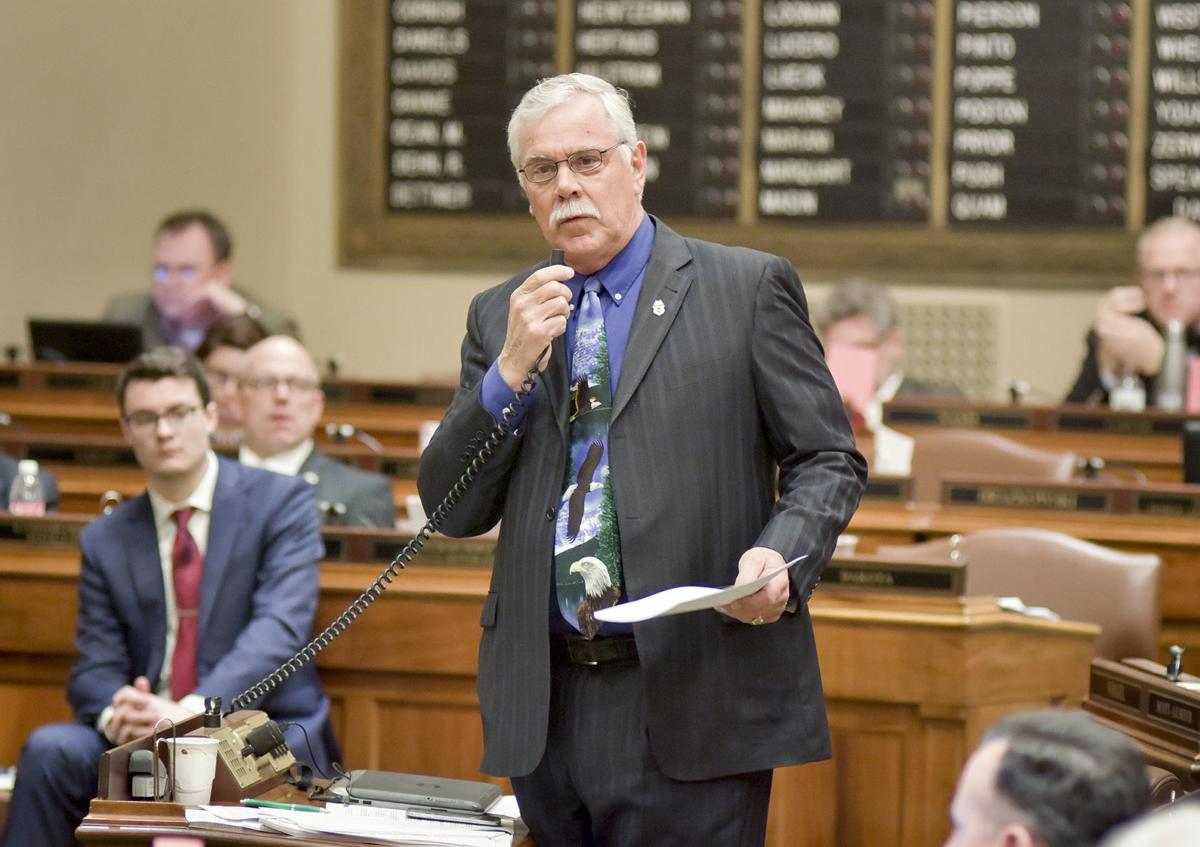 Tony Cornish served in the Minnesota House from 2002 onward, stepping down in 2017 after sexual harassment allegations were levied against him. (Photo by Andrew VonBank/Minnesota House of Representative Public Information Services) 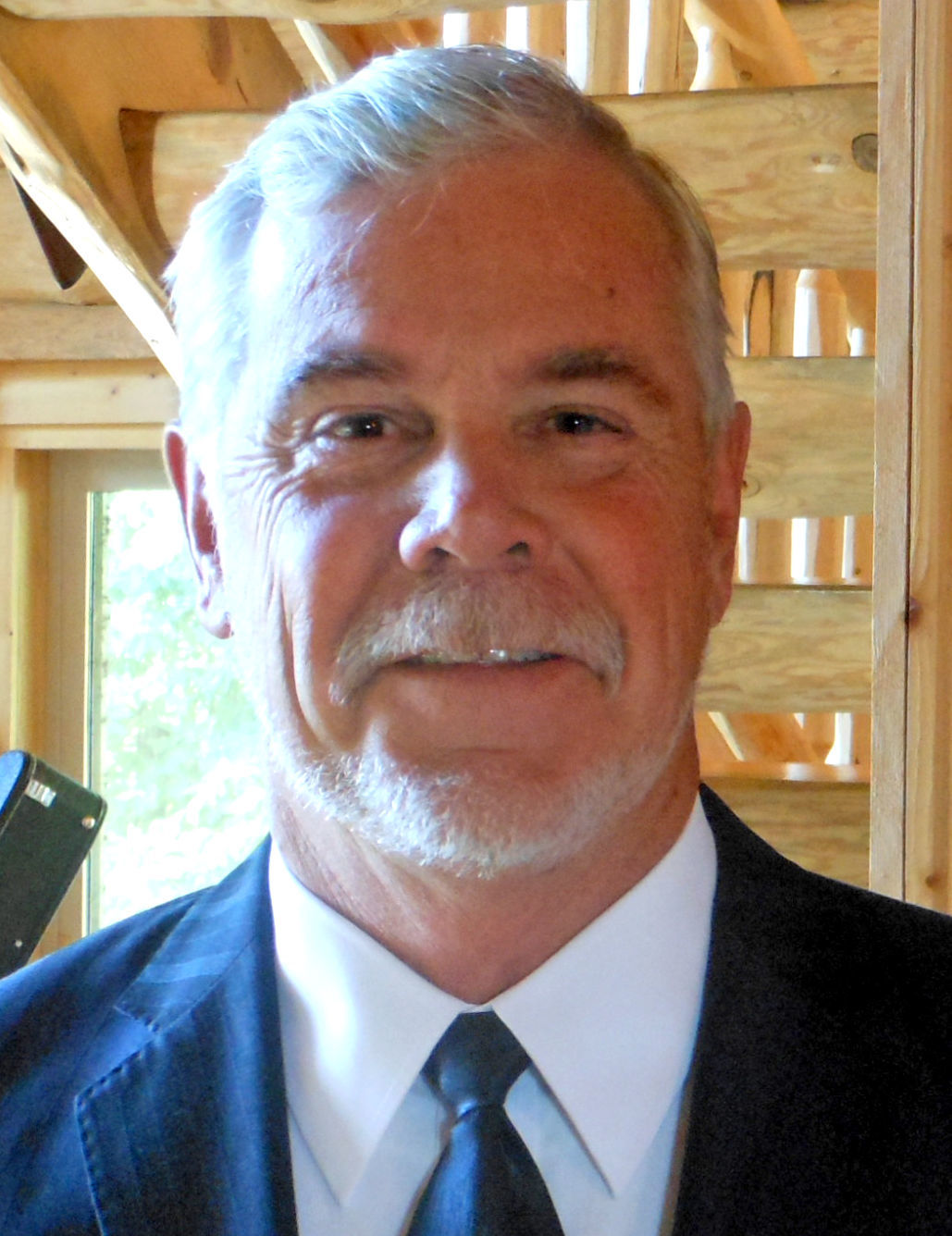 Long-time former state Rep.Tony Cornish, R-Vernon Center, said last Wednesday that he was considering a run against State Rep. Jeremy Munson, R-Lake Crystal, for his old House District 23B seat. The former lawmaker served the district for 15 years before resigning in November 2017, in the wake of allegations of sexual misconduct.

“As some of you have heard or seen in the Free Press, I am thinking of running for my legislative position again,” Cornish wrote in a now-deleted Facebook post. “Expect the haters to hate and letters to the editors. … Get ready!”

District 23B includes part of Waseca County. In a response to a request for comment from the County News, Cornish said he hadn’t yet made a formal announcement.

Cornish’s consideration comes less than two years after allegations of sexual impropriety towards female colleagues, lobbyists and staffers pushed him to resign from office. The lawmaker was accused by several women of making unwelcome sexual advances and inappropriate comments. Two of the women came forward publicly: former DFL Rep. Erin May Quade and Sarah Walker, who recently resigned from a top post at the Department of Corrections after being accused of lobbying for her husband’s veterans nonprofit while on the job.

Cornish has denied trying to kiss Walker, but admitted to and apologized for his behavior towards female colleagues.

“As a proud former peace officer and longtime champion for public safety, I am forced to face the reality that I have made some at the Capitol feel uncomfortable and disrespected,” Cornish wrote in a statement before Walker revealed her identity. “To those individuals and specifically the unnamed lobbyist, I sincerely apologize for my unwelcome behavior.”

Cornish later resigned as part of a settlement deal with Walker.

History in the House

Prior to his resignation, Cornish was a powerful, influential member of the House. While in office, Cornish chaired the public safety committee and was well known for being a key voice in supporting gun rights and for his flair for Western apparel like cowboy boots and string ties.

Cornish was also strong in elections. He served House District 23B eight terms in the Minnesota House since 2002 and won his last two elections unopposed. District 23B includes Janesville, parts of Waseca County, though not the city of Waseca, the towns of Waterville and Elysian, and parts of Le Sueur. The district also includes parts of Blue Earth and Watonwan counties.

Before taking office, Cornish was a conservation officer for the Minnesota Department of Natural Resources. He also served as the deputy sheriff of Blue Earth County from 1977-1980 and the Lake Crystal chief of police between 2007 and 2012.

Cornish has refused to further comment on any plans he may have for entering the race, but in an interview with the Free Press, Cornish stated that his long history serving the district would help him in a race.

“Having been there 15 years, you always get push-back, but there I believe there’s tons of support that I’ve received and that’ll mean everything if I decide to run,” Cornish said.

Cornish has been considering a run as early as December of last year. The former lawmaker met with current 23B Rep. Jeremy Munson, where he discussed the potential of running again.

“I don’t support him as a candidate,” said Munson. “But I heard him out. He told me he misses it up in St. Paul.”

According to Munson, Cornish pushed Munson to run for Julie Rosen’s, R-Vernon Center, seat so that he could run for his old seat. Munson says he rejected the proposition.

“I said ‘Tony, have you seen your Wikipedia page? It’s a bad idea. I wouldn’t support you. I’m happy in the House,’” Munson claimed.

Cornish, however, disputes Munsons’s account and told the Free Press that he did not ask Munson to run for Rosen’s seat. Both politicians do agree that Cornish promised Munson he wouldn’t challenge him for the seat, but Cornish later told Munson he would have to retract that promise.

Now, Cornish says he is unhappy with the way Munson was running the district. Cornish told the Free Press that Munson’s refusal to author several local infrastructure bills for sewer and wastewater projects drove him to revoke his promise.

“The lack of his presence in his district and complaints from citizens and city officials caused me to take back my statement,” Cornish said.

Munson however, alleges that Cornish’s desire to run is driven by a want to be back in the Capitol and not any real policy differences.

“We’ve never talked about policy differences,” said Munson in an interview with the County News. “I’m focused on health care, on lowering the cost of health care. His big issue is guns, but I’m a supporter of gun rights too. I got constitutional carry on the floor, a bill he’s blocked for years.”

Constitutional Carry refers to a bill that would allow Minnesotans to carry handguns without a permit.

Munson warns that if Cornish decides to run, the race could be extremely negative due to the allegations of sexual misconduct against Cornish.

“I don’t understand why someone would endorse him given what he’s accused of,” said Munson. “It’s not a campaign I would associate with.”

“I have a 12-year-old daughter in sixth grade who I would not let go on a field trip to see her representative if he was in office,” Munson stated. “The investigation didn’t stop because he was found innocent; it stopped because he resigned.”

Minnesota Republicans appear divided on a potential Cornish run, exposing a growing schism within the party.

Retired senator and Chairman of the Le Sueur County Republicans Al DeKruif stated that Cornish would not be his first choice.

“I wasn’t there to know and see what Tony was accused of,” DeKruif said. “But with him being a man of law enforcement and having lawyers to represent him, he still chose to resign. With that, I’m led to believe there was something there.”

“I’m not sure anything’s changed,” DeKruif added. “I don’t think coming back now is a good idea. There could be an awful lot of distractions.”

The caucus is made up of deeply conservative lawmakers dissatisfied with House Republican leadership. Munson says this move has made him unpopular in the party, and that his disagreements with Sen. Rosen, Rep. Bob Gunher, R-Fairmont, and Minority House Leader Kurt Daudt, R-Crown, could lead to several high-ranking state Republicans endorsing Cornish.

Among Munson’s disagreements with House leadership is his hard line approach to the budget. He voted against the 2018 infrastructure omnibus bill numerous times, citing too much funding being delegated to non-essential projects as his reason for opposing it. Munson also opposed several sewer and wastewater infrastructure bills that included projects for his district.

But while Munson may be controversial among some of his peers, the same could be said from Cornish, and it remains to be seen how much support the former representative would garner from his party, if he were to officially run again.