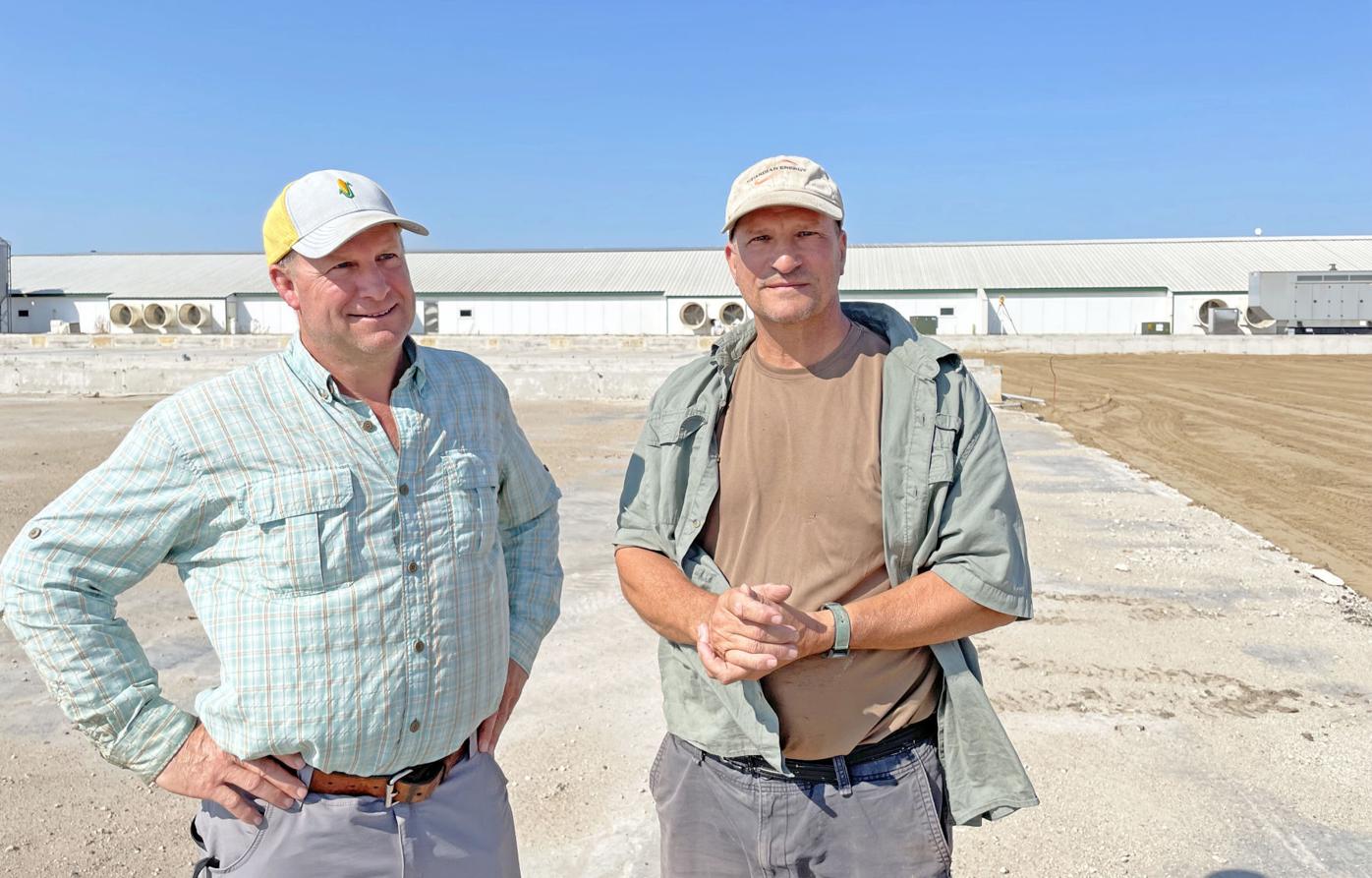 Standing on the site where two of their pork barns were burned, killing an estimated 12,000 pigs, Woodville Pork co-owners Peter and Paul Zimmerman are focused on rebuilding their barns and getting back to business. (Julian Hast/southernminn.com) 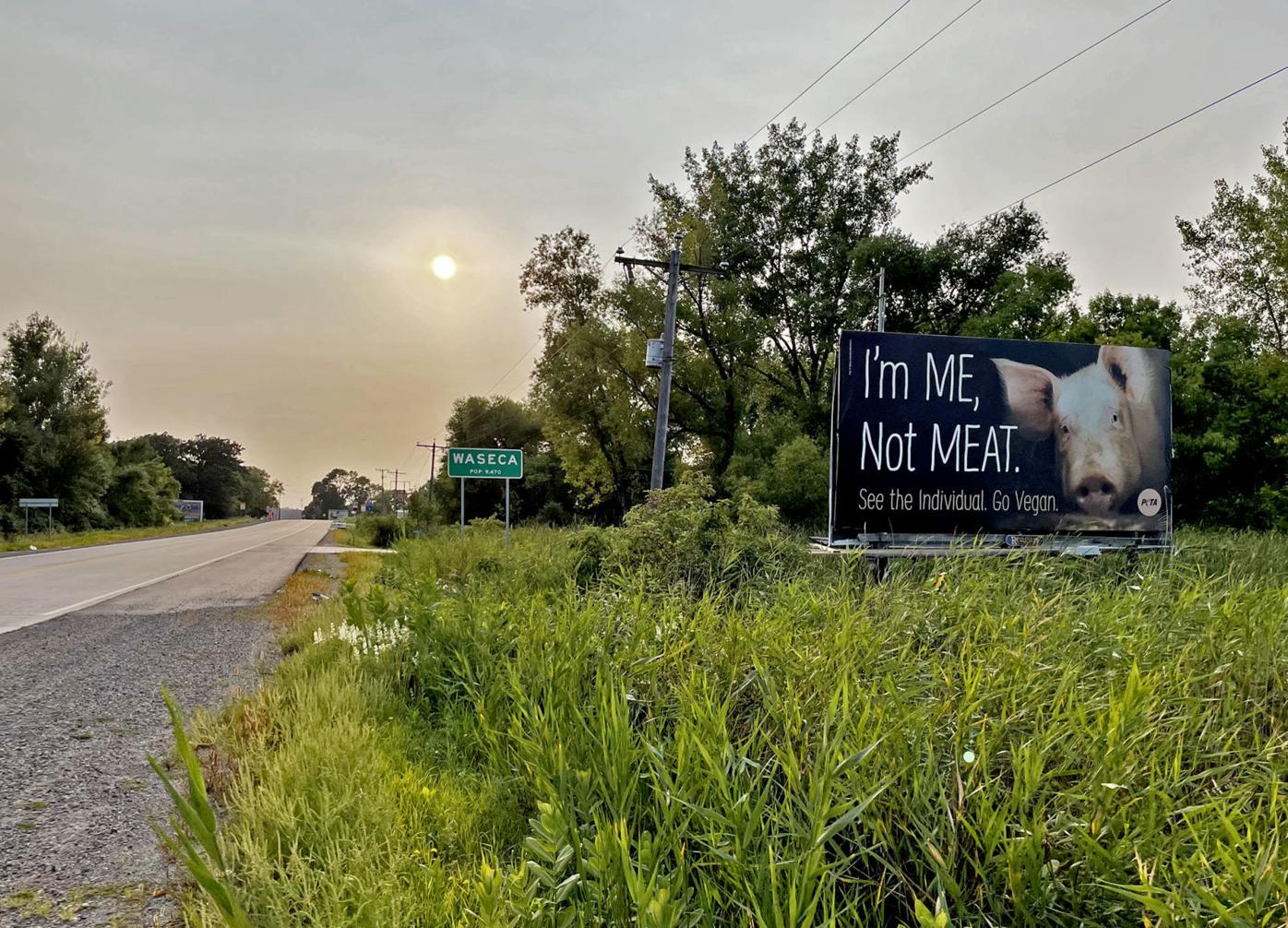 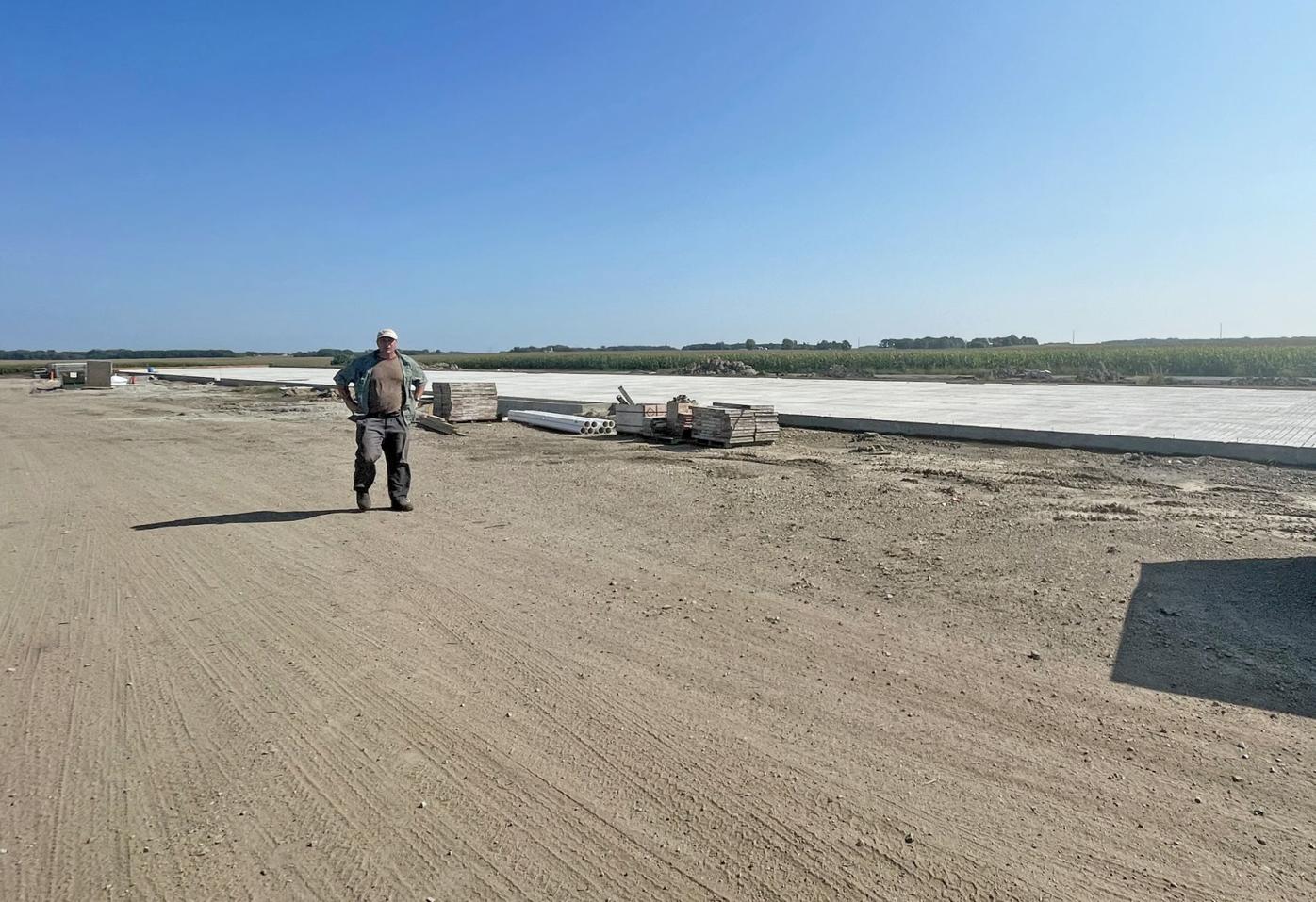 Describing the sheer enormity of the pork barns that burned and are being rebuilt, Woodville Pork co-owner Paul Zimmerman compared them to “battleships.” (Julian Hast/southernminn.com) 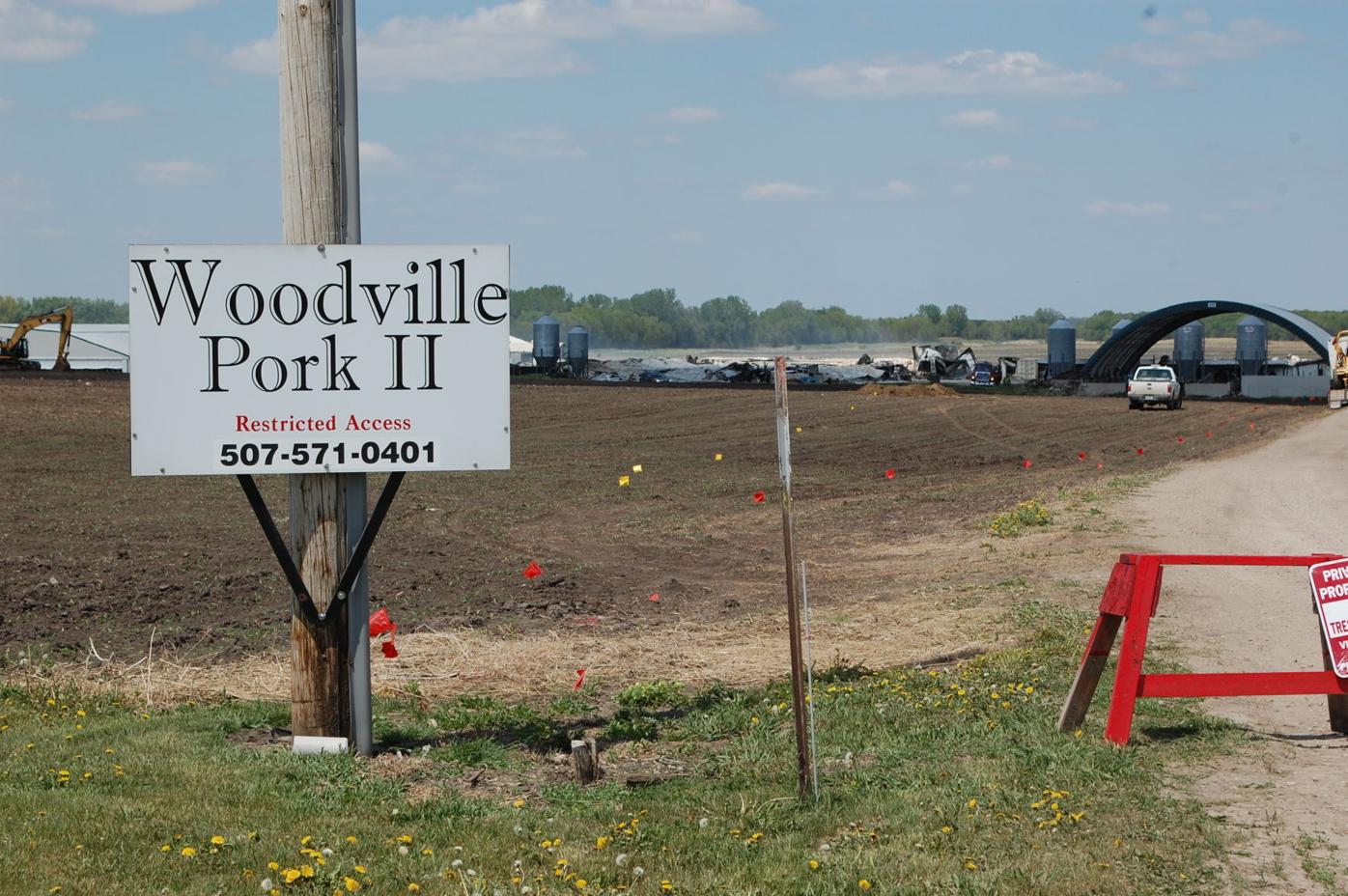 Cleaning up after the fire at the Woodville Pork barns, pictured above the morning after the fire, May 17, was an enormous undertaking. (File photo)

Paul and Peter Zimmerman’s alarms went off at 10 p.m. on Sunday, May 16. The alarms were responding to environmental controls connected to the Waseca brothers’ hog barns, massive facilities filled with tens of thousands of pigs. Describing the sheer enormity of the barns, Paul compared them to battleships.

Their alarms were going off because there was a temperature problem inside the barns. Peter, who lives a mile and a half away from them, walked out of his house and looked in their direction.

“I could see orange in the sky,” he said.

By the time the Zimmerman brothers arrived, firefighters had already arrived at the scene. What followed for the two men was a sleepless night, as nine different fire departments battled for 16 hours against what Waseca Fire Chief Jason Forshee said was probably the biggest fire he’d ever responded to in his 14 years with the Fire Department. The fire killed an estimated 12,000 pigs.

“It’s an enormous amount of lost income,” Paul said. “And those animals, they died.”

Today, the brothers, co-owners of Woodville Pork, are focused on rebuilding, grateful for the staying power of their employees — none of whom were laid off in the aftermath of the fire — their community, state and local officials, and the fact that they had good insurance. They plan to be fully operational again by Father’s Day, June 19, 2022.

Even after 22 years in the army, working with Green Berets and Navy Seals, Paul said he’s never seen professionalism like what was displayed by those nine fire departments from all over southern Minnesota that raced over to their property to fight the barn fire.

“[They] worked together like they’d been trained for it every day,” Peter said.

While the cause was officially considered “undetermined,” according to Forshee, the Zimmermans said the fire was likely worsened by the environmental controls installed in the barns to protect them from an incident like the one that destroyed them.

“If the fire’s on one end of the barn, and it’s reading hot down there, the fans start kicking on. The barn is telling itself it needs to cool down, so more fans start running, and that just makes the fire move faster,” Peter said. “So the system actually kind of worked against itself.”

Luckily, the brothers said, firefighters were able to save two out of four of their barns, as well as the many, many animals inside them. Peter said this fortunate turn of events was actually somewhat unusual.

“A lot of times, [barns] really do go like dominoes,” he said.

As the fire spread, the Zimmermans said members of Woodville Pork’s 40 employees and people in the community reached out to offer support. Staff members who had been around for years even showed up the following day to watch from a nearby hill, as the final flames went out on the barns in which they’d spent so much time.

There was to be no rest once the flames were extinguished, though, as the Zimmermans had another emergency to contend with: 40 semi loads of animals left alive in the remaining barns that were about due to give birth. In the days after the fire, the brothers rented barns in Sleepy Eye — a town 70 miles west of Waseca — split their staff out to multiple locations, and began shipping the urgently pregnant animals to those facilities.

“Here’s where it pays to have just the world’s best co-workers,” Paul said. “It validates the idea that we’ve always had: hire the best people you can and train them and treat them right, and people are your best, best resource that you have. And we have the best.”

Beyond their own employees, members of the community dropped off meals, water, towels and more every day for weeks for workers helping to clean up after the fire.

“It kind of makes you realize you don’t go through life alone,” Paul said.

Among the reactions of various organizations, though, that of PETA — the global animal rights nonprofit famous for its aggressive campaigning style — stands out. Within a few weeks of the fire at Woodville Pork, the group had put up a billboard on Old U.S. Highway 14 depicting a sympathetic-looking pig saying, “I’m ME, Not MEAT,” and urging drivers entering Waseca to “Go Vegan.”

Fortunately the rebuilding process is going well, said Kristopher Selbrade, general manager of Skelwood Construction, which is partnered with Woodville Pork and working to rebuild their barns. While currently in the initial stages of construction, Selbrade predicted that the new buildings will start going up by the end of September, though he added that supply chain issues will likely slow down the process by about a month. Cement and lumber prices are also unusually high.

The Zimmermans — fifth generation farmers whose family have been through the Civil War, the Great Depression, and two world wars — say that they have been trying to keep their plight in perspective with that of their ancestors. Given all the challenges those past generations have had, Peter said he felt “this was our turn.”

“It’s not something you were planning for, but there’s a lot worse things that can happen than this,” he said. “This is rebuildable. We can fix this.”

“It’s not something you were planning for, but there’s a lot worse things that can happen than this … this is rebuildable. We can fix this.”