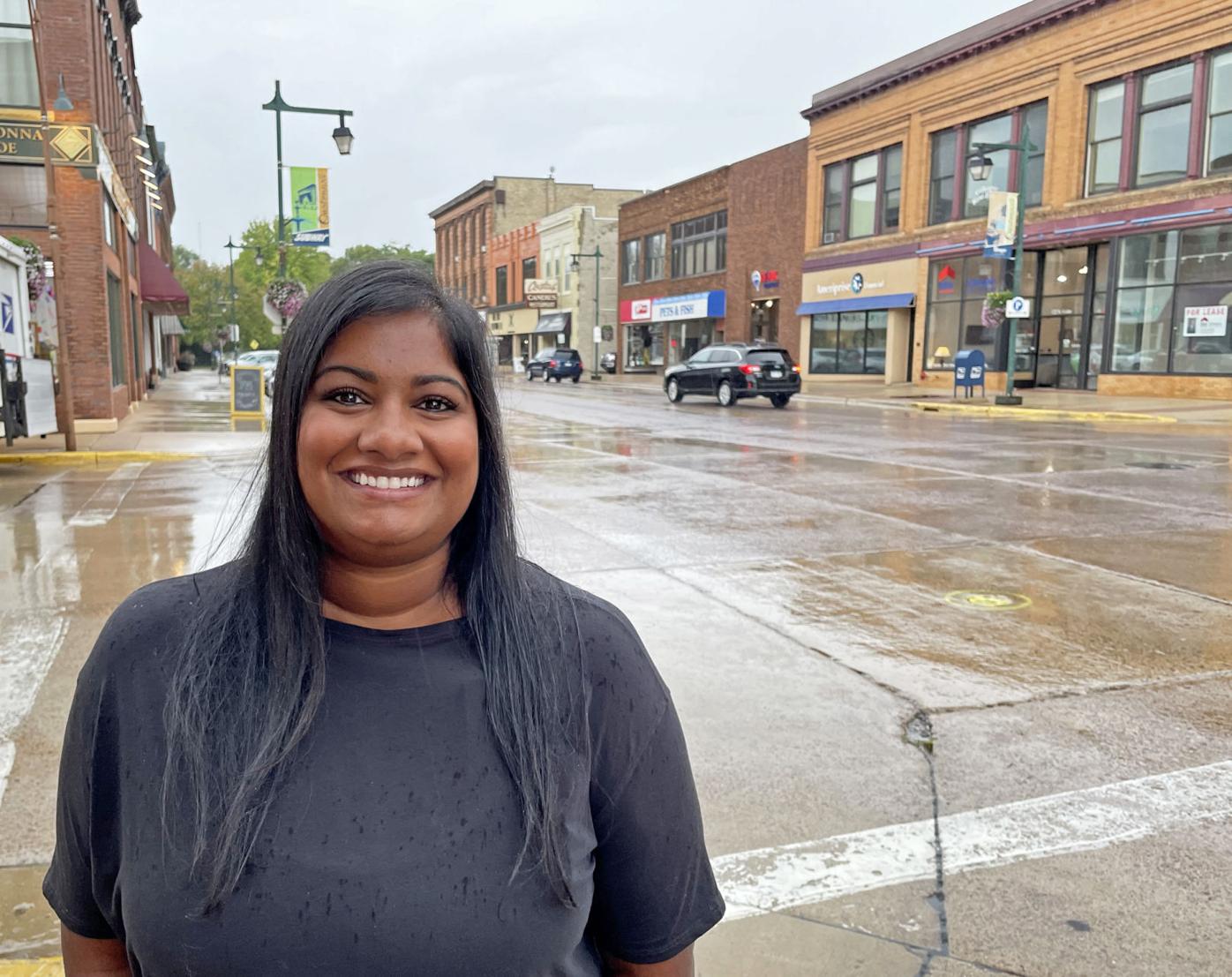 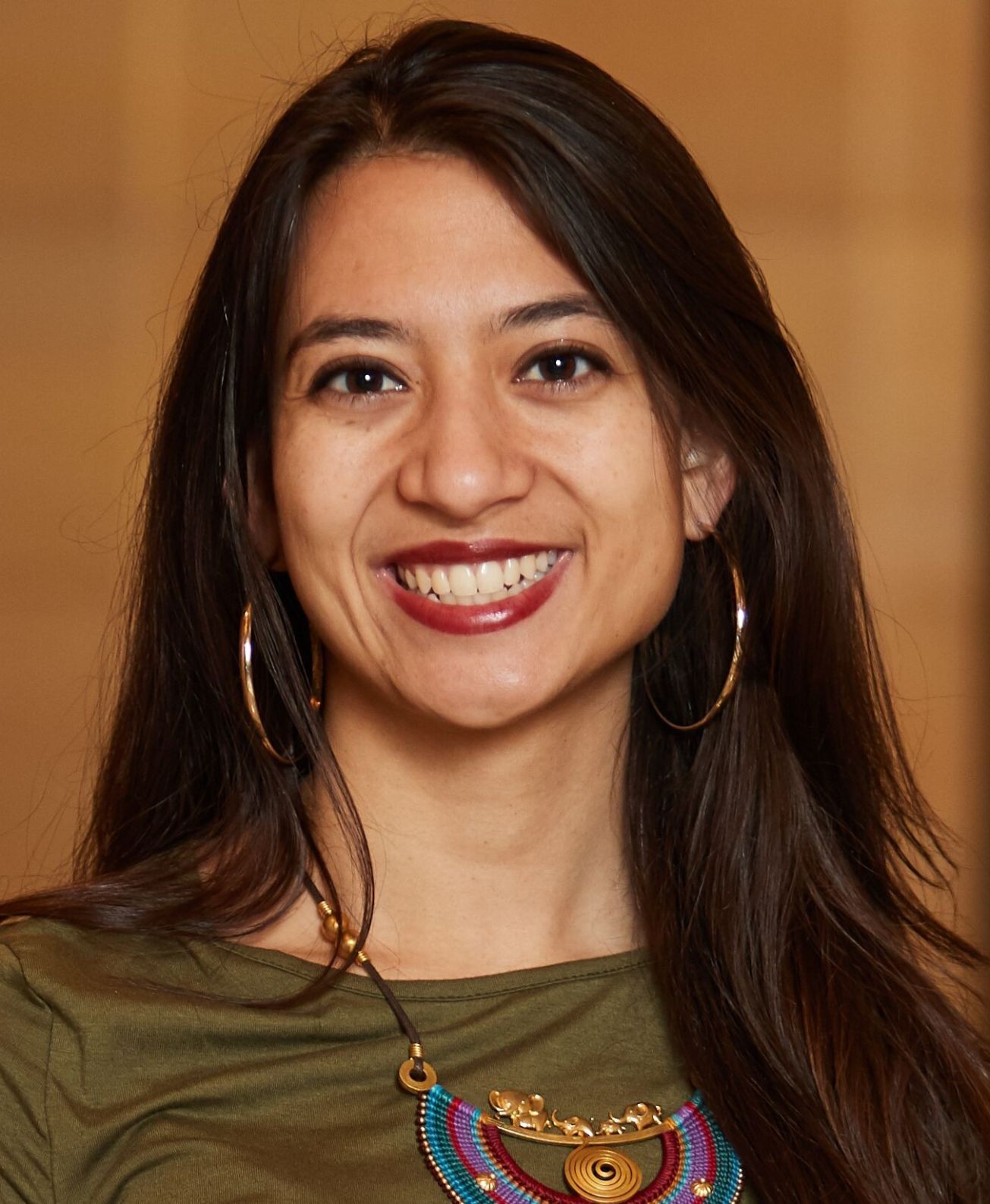 Anisha Zak never planned on leaving SteeleCoWorks. That all changed when she met Lead for Minnesota’s founder and executive director, Benya Kraus.

Zak had never heard of Lead for Minnesota until Kraus reached out to her to learn more about SteeleCoWorks. The missions of Lead for Minnesota, a nonprofit based in Waseca, and SteeleCoWorks, it turned out, were similar — both are engaged in retaining and attracting young talent to rural areas like Waseca and Owatonna. Over coffee, Kraus mentioned that Lead for Minnesota was hiring a new director of partnerships, and wondered if Zak knew anybody who might be a good fit. She described the position to Zak.

Thinking it over, Zak realized she was interested in the position herself. She applied, and was offered the job. Her first day was Aug. 25.

“I was really impressed by the way that she could scale education and industry partnership in just three years in her previous role,” Kraus said. “I’m thrilled to welcome her to the team and see how Lead for Minnesota grows with all the skills and experiences and authenticity that she holds.”

Taking over her role as workforce coordinator for SteeleCoWorks is Megan Horton, who has spent the last seven years working with Big Brothers Big Sisters of Southern Minnesota.

Zak never had any plans to leave SteeleCoWorks — she said she loved the work, after all. But the more she learned about Lead for Minnesota, the more she wanted to be a part of that organization as well.

“So I made the hard decision to switch,” Zak said. “It’s that next step up, serving the entire state of Minnesota.”

At Lead for Minnesota, Zak is charged with creating new Minnesota “host sites,” or potential partners interested in hosting Lead for Minnesota’s fellows. Those taking part in the two-year fellowship return to their hometowns to tackle those areas’ biggest problems, ranging from healthcare and child care to housing and rural broadband.

“We are trying to bring dynamic, diverse leaders that want to tackle our communities’ biggest challenges, where the narrative of success means, ‘I’m leaving my town and never coming back,’” Zak said.

Of course, much of the data on rural areas does not support this narrative. The rural population has gone up by 11% since 1970, after all — not down. The rural economy has diversified beyond just agriculture and manufacturing, protecting it from market fluctuations and lending it opportunities to grow. The median income of Waseca County residents is $55,000 compared to $54,000 in Hennepin County, even as Hennepin residents pay double in rent.

But, as Kraus has noted, the perception that rural areas are dying disincentivizes young leaders from returning to their hometown and contributing to its success. Kraus herself admitted that, growing up in Waseca, she didn’t quite see what the opportunity was for her there.

Lead for Minnesota’s fellowships are a way to show young leaders the opportunities for growth and improvement that can be found in rural areas. The program does this by giving hometown fellows a project scope of one challenges and two years to work on it.

“It’s a place they’re connected to,” said Kraus. “They want to serve their community because that’s where they’re from.”

As great as the opportunities are, though, Zak knows that recruitment efforts at universities during this stage of the pandemic will not be easy, especially as the delta variant muddles communities’ understanding of what should be done in person versus virtually on any given week.

“Students are sick of virtual … It serves you so much better when you can get in front of a classroom and converse with them,” Zak said.

The fact that members of the Owatonna community don’t recognize Lead for Minnesota when Zak tells them about her new role signals to her the work needs to be done to get the organization more exposure.

Beyond getting its name out there, Lead for Minnesota will also be competing with every other employment opportunity, as demand for young talent surges along with a national workforce shortage that shows little sign of abating.

“We’ve got to be creative in our marketing strategy,” Zak said.

Zak came on as workforce coordinator for SteeleCoWorks during its inception. A program finishing out its fourth year, SteeleCoWorks was designed as a partnership between the Owatonna Area Chamber of Commerce, Owatonna Public Schools and United Way of Steele County, which came together to create a more robust pipeline between the five Steele County high schools and local businesses.

Originally created to serve 16-to-24-year-olds in Steele County, Zak spent part of her time as workforce coordinator meeting with students who “didn’t have a plan” when they graduated from high school.

“(We) try to retain our talent here in Steele County, and try to find them a self-sustaining, livable wage at one of our local employers,” Zak said.

Part of Zak’s work involved one-on-one career counseling, in which students referred to her could discuss the kinds of work they would be interested in pursuing. She helped them narrow down their interests and think about tangible paths toward making their dreams a reality.

Zak also exposed students to local career opportunities by having students tour local businesses, participate in job shadows and internships, and having local employers come to the schools to present before the student body.

A graduate of Triton High School in Dodge Center, Zak relates to young students without a plan because she was one of them herself. She picked child development as her major when she was an undergraduate at Minnesota State University, Mankato, she said, because it “was easy and I didn’t care.”

“I wish I had one of me growing up,” Zak said, referring to her role as workforce coordinator in schools.

Over time, SteeleCoWorks expanded its outreach to ninth and 10th graders as well, to give them career exposure that might guide them earlier on. They also expanded the other direction in age, toward college students.

“As we evolved, we decided, hey, we also want the students who did have a plan, who did go to a four-year college, and have them come back to Owatonna and place them in a job that lines up with their major,” Zak said.

When Zak wasn’t working with students, she worked with an advisory board of local employers, including human resource representatives, CEOs and others. She acted as the liaison between them and the schools, learning about their needs and what they could offer students, and also communicating what students were interested in.

When Zak started at SteeleCoWorks, she said, the program had five participating businesses. By the time she left, it had over 100. She estimates that served about 400 students.

“I felt like I could walk away in a way that it would continue to grow and be successful,” Zak said about the program. “It’s doing great things.”

Lead for Minnesota is a state affiliate of the national nonprofit Lead For America.

The mission of Lead for America is to support the most dynamic, diverse young leaders tackling the country’s toughest challenges. When joining Lead for America, these individuals are placed in "host sites," or places where the narrative of success often means leaving and never coming back. This means focusing primarily on serving rural, tribal, and economically-distressed urban communities.

Lead for America's two-year paid fellowship supports recent college graduates in returning to their hometown, home state, or some other place they might be connected to in order to provide critical capacity to local communities' key issues.

Since Lead for America's fellowship program launched three years ago, it have placed over 200 fellows across 35 states, including about 30 fellows within Minnesota.