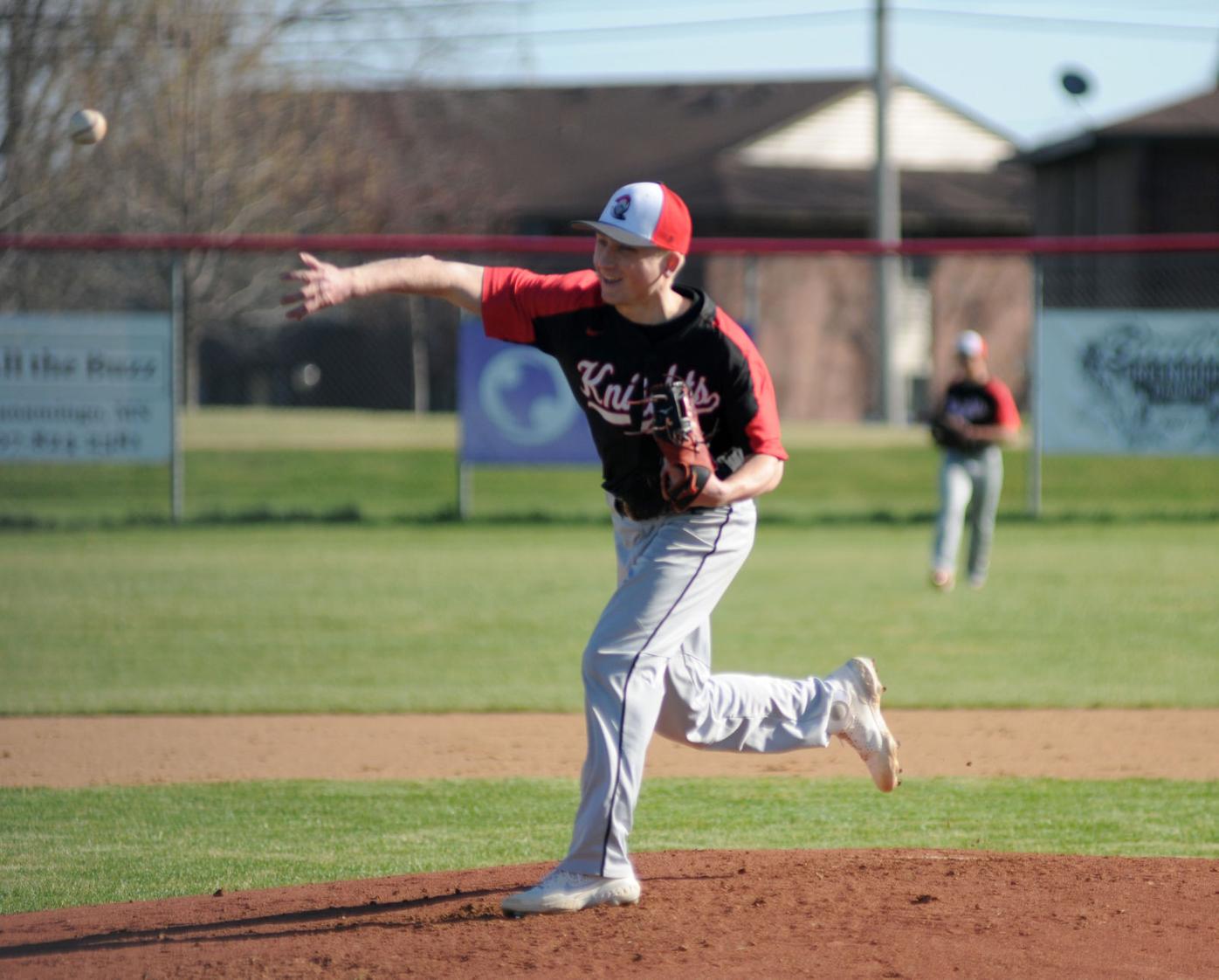 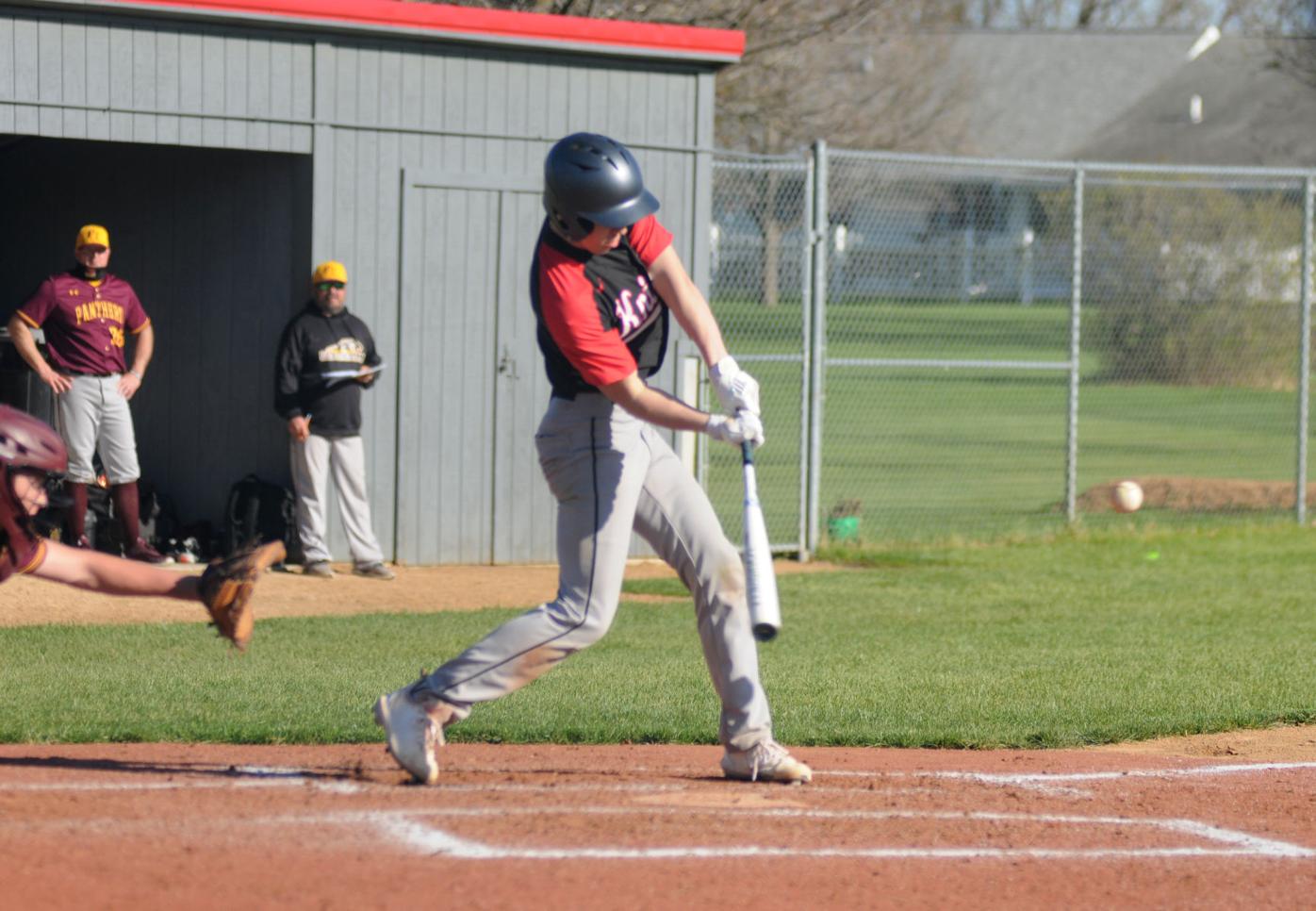 The Knights (5-4, 3-4 HVL) committed three errors in the first inning. Consequently, the first three batters each scored. By the end of the top of the first, the Knights trailed 3-0.

In the fourth, the Panthers had one hit but was able to score twice on four walks which increased the lead to 5-2.

VanDeWalker wasn’t satisfied with the number of free runs given away. They were costly and made the deficit too great to overcome when the Knights were kept from scoring multiple runs in an inning.

"We (allowed a batter to reach safely) then three wild pitches and (he scores),” VanDeWalker said of the sixth inning. Carl Schutz reached on an error. He stole second but the throw went into center field. The throw to third was wide, which allowed Schutz to score. “They didn't earn it. Three errors in the first inning, they didn't earn those three runs. Five runs of their seven, we gave them. It's tough to overcome that.”

Encouraging for the Knights was the response they got from Trevor Steberg on the mound. He had to labor through the first and fourth innings, facing six batters in the first and eight in the fourth. He came out after each inning much sharper. In the second, Steberg allowed a single but struck out the next three. After a walking four in the fourth, he came back for the fifth and got two ground outs and a fly out.

Given the circumstances every baseball player has had to go through the last two years, Steberg showed a sense of maturity on the mound. He went back out and continued to pepper the strike zone.

“He's done that, meeting our 60% strike goal,” VanDeWalker said of Steberg. “He's getting ahead of hitters. It's tough to keep teams from scoring when you give up three runs after three errors that first inning. Then he came back and got 1-2-3 innings. We're going to need him and our other pitchers to go deep into games with three games a week on average.”

K-W's offense was mostly held to a minimum by Kaleb Johnson, who earned the complete-game victory for the Panthers. In part because of Johnson, the Knights had trouble getting a two-out hit in several innings.

Two batters after Paul Kortsch singled in the Knights first run of the game in the second, Jaedin Johnson struck out to end the inning with Alex Vold on third. The Knights left seven runners on base, five were in scoring position.

Overall, the Knights were able to find gaps and show off their power. Vold, Tyler Craig and Alec Johnson each drove a ball well over an outfielder’s head for a double. Stringing more of those hits together along with making the necessary plays on defense is something VanDeWalker thinks the Knights can get back to.