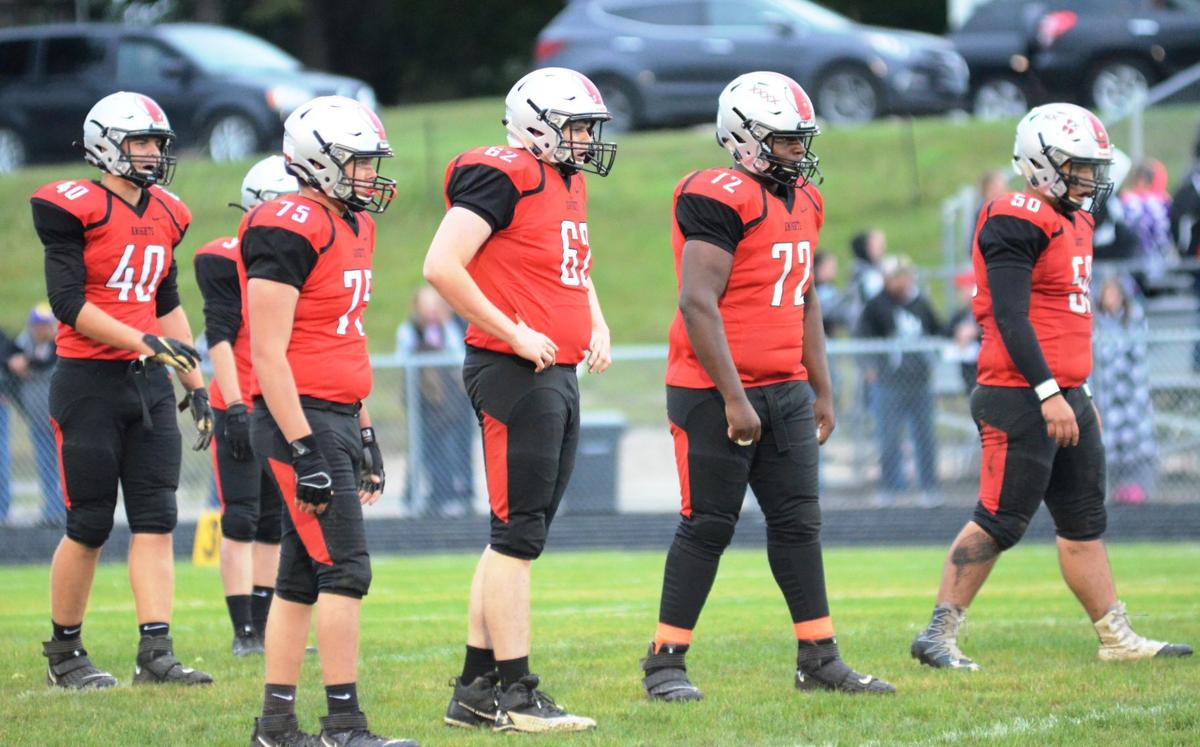 The Kenyon-Wanamingo line, pictured, and the rest of the defense held Lewiston-Altura’s starters scoreless in the second half of Friday’s game in Kenyon. (Mike Randleman/Kenyon Leader) 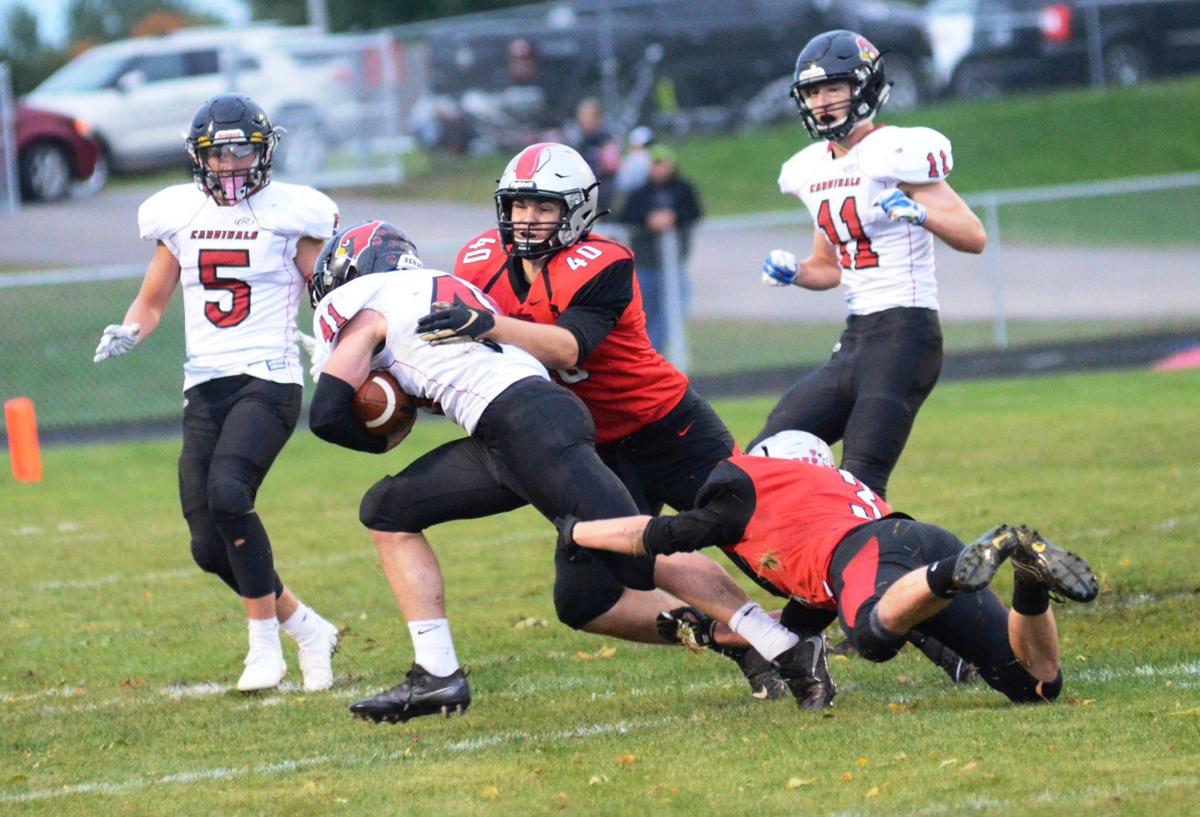 The Kenyon-Wanamingo line, pictured, and the rest of the defense held Lewiston-Altura’s starters scoreless in the second half of Friday’s game in Kenyon. (Mike Randleman/Kenyon Leader)

Kenyon-Wanamingo felt like it belonged on the field with Lewiston-Altura.

But at that point, it was too late.

“That quarterback (Blake Schilling) was tough, and they’ve got some good backs,” K-W coach Jake Wieme said. “But that’s a type of team we need to be able to play with. And I think we did play with them at the end.”

K-W shut down L-A’s starters in the second half. The Cardinals’ final score came on the final drive when reserves were in.

On a cool, breezy night in Kenyon, L-A largely kept the ball on the ground while keeping K-W honest with intermediate passing.

K-W quickly punted and L-A punched in its second short-yardage rushing touchdown to go up 13-0 late in the first quarter.

L-A won by big margins to end K-W’s season each of the last two years, and it appeared another ugly score was on the way.

The Knights earned their first stop on defense early in the second, but the offense struggled early to move the ball and flip field position.

An interception on a shot downfield gave L-A the ball at its 30. Two plays later, the Cards beat the Knights around the left edge for a 66-yard touchdown.

K-W was beginning to move the ball and advanced to the L-A 17 with under five minutes to go. Hard running by Tyler Craig and a connection between quarterback Luke Berg and receiver Tate Erlandson highlighted the glimmers of first half success for K-W.

The Knights stalled in the red zone and the Cards were able to drive down before the half for a field goal.

Wieme knew his team could’ve given up 23-0 at halftime.

“I think we learned what type of team we are tonight,” Wieme said. “It was great to see our guys answer the call after starting out flat.”

After a scoreless third quarter, Craig blocked and recovered a punt around the L-A 20-yard line. He later cashed in K-W’s lone touchdown of the night.

The Cards are ranked No. 11 in Class AA.