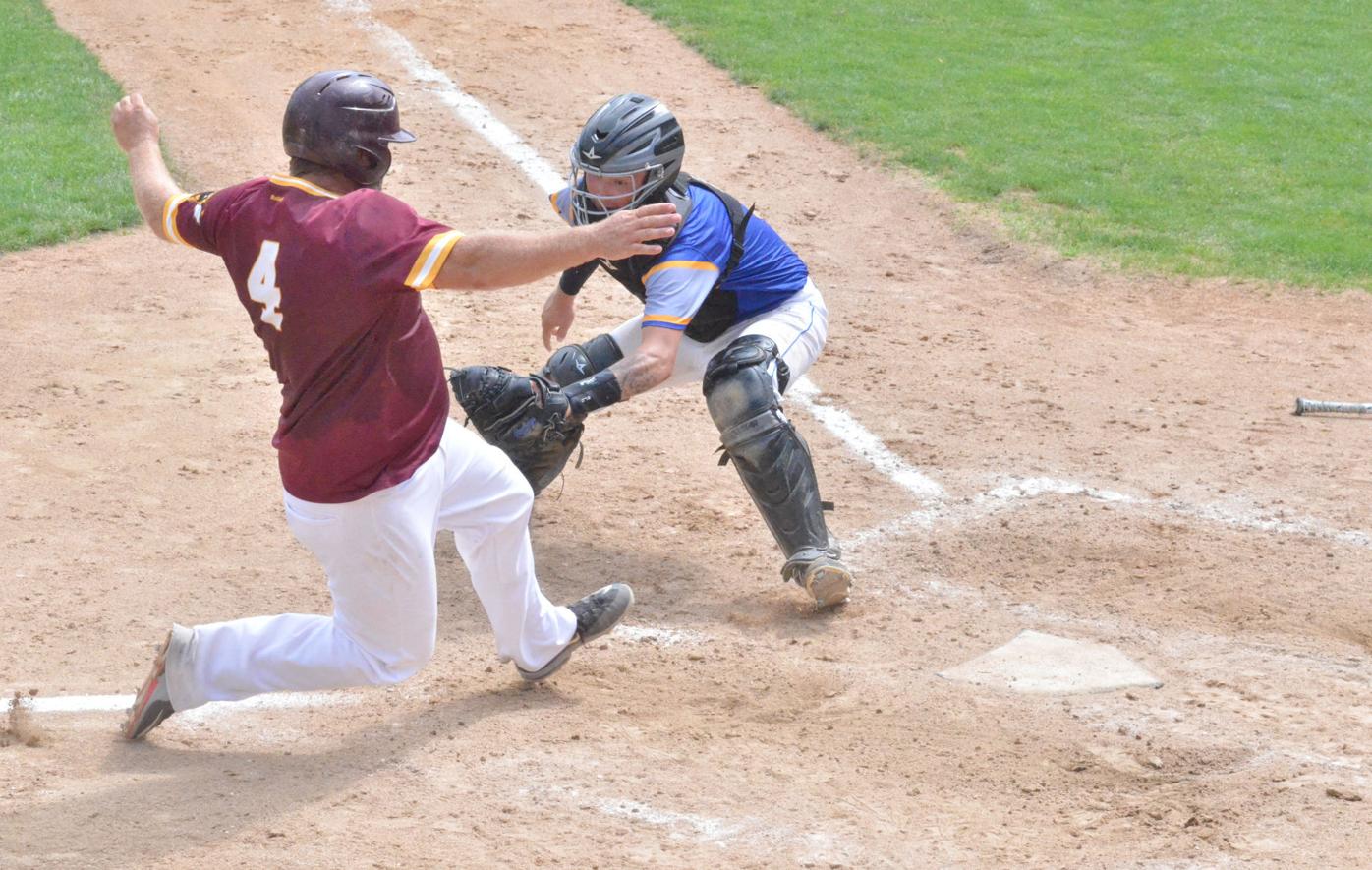 play at the plate 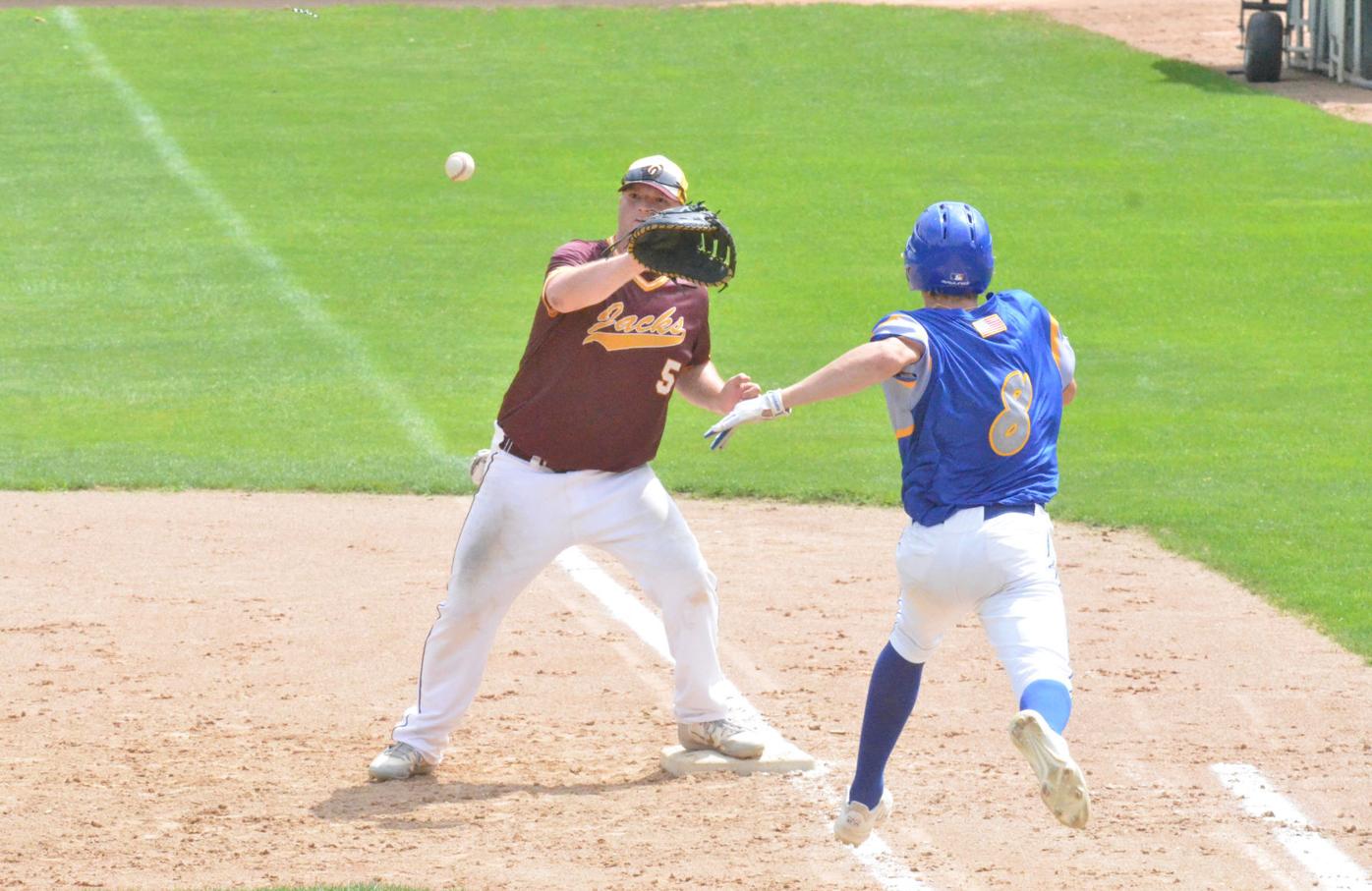 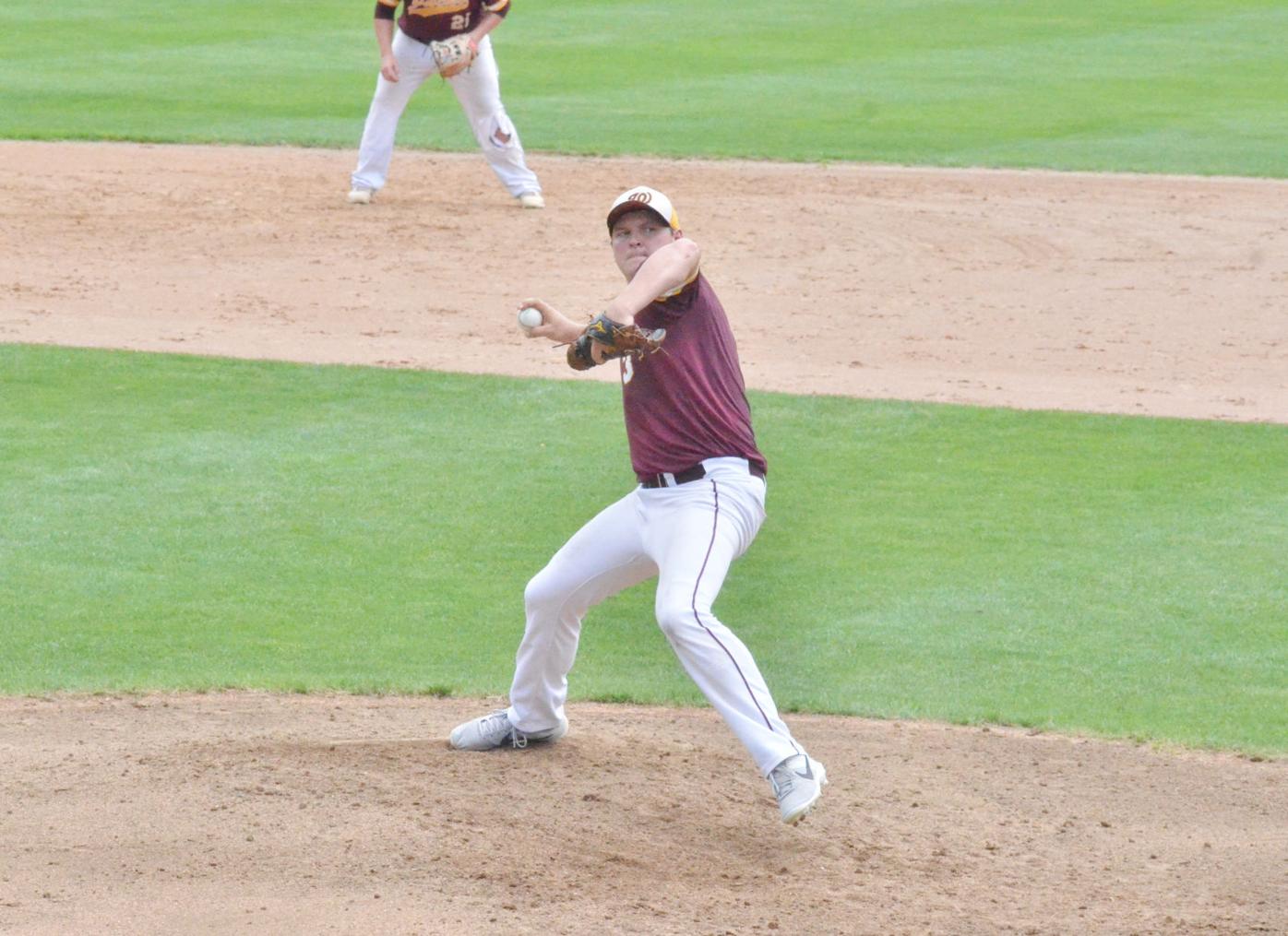 Wanamingo relief pitcher Brady Anfinson fires a pitch during Saturday’s 3-2 victory against Owatonna at Dartts Park in Owatonna. Anfinson pitched eight innings out of the bullpen to earn the win. (Michael Hughes/Northfield News) 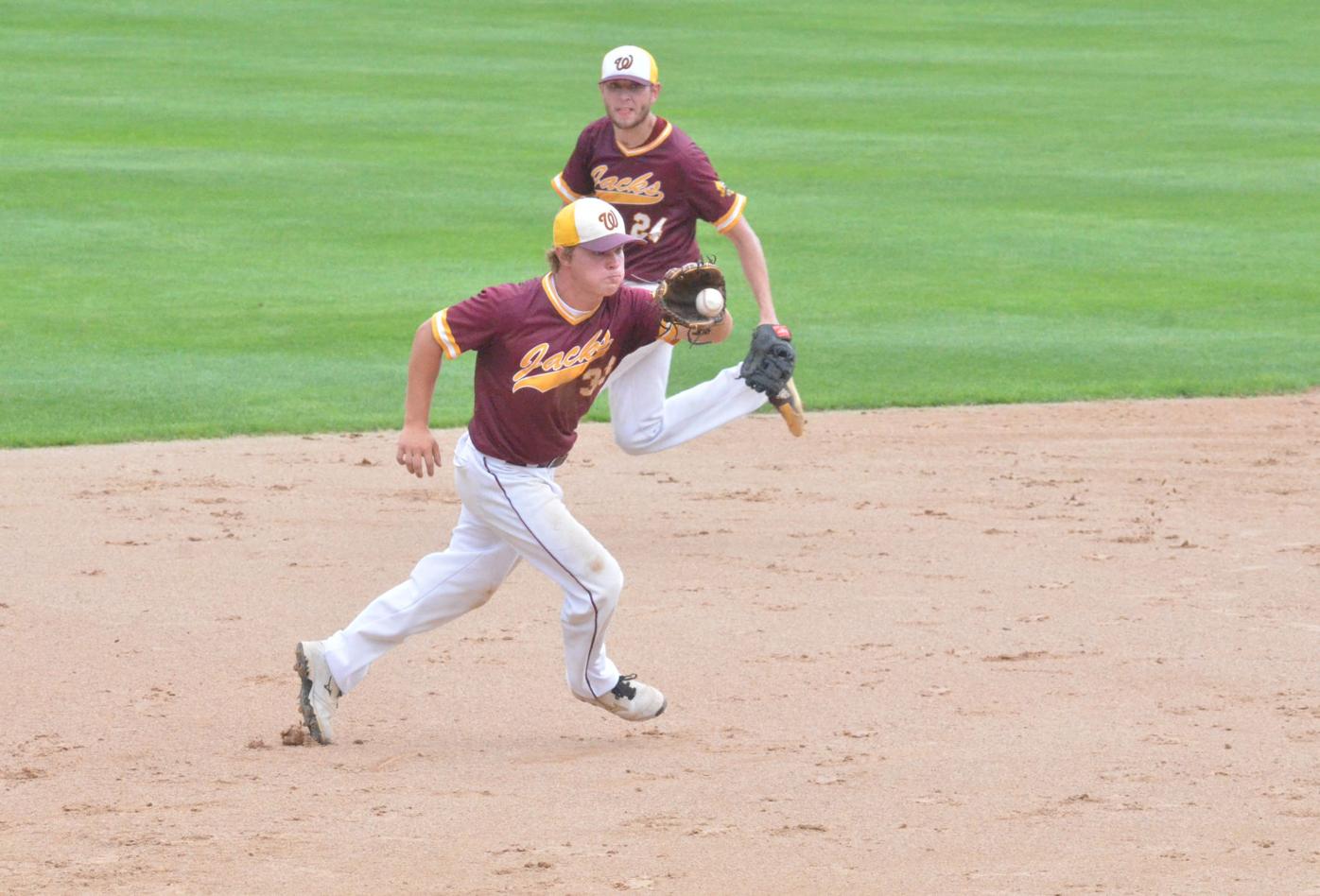 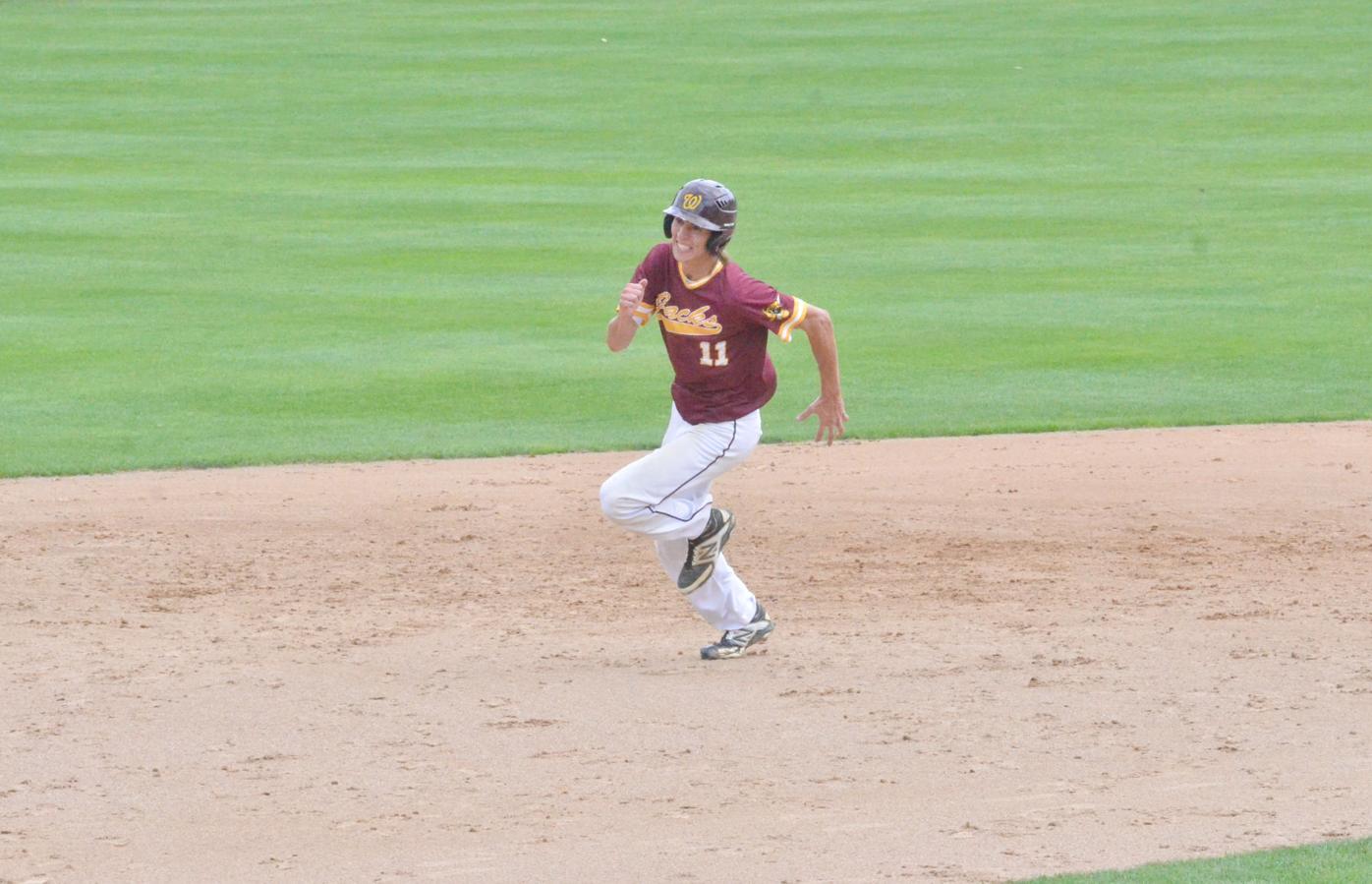 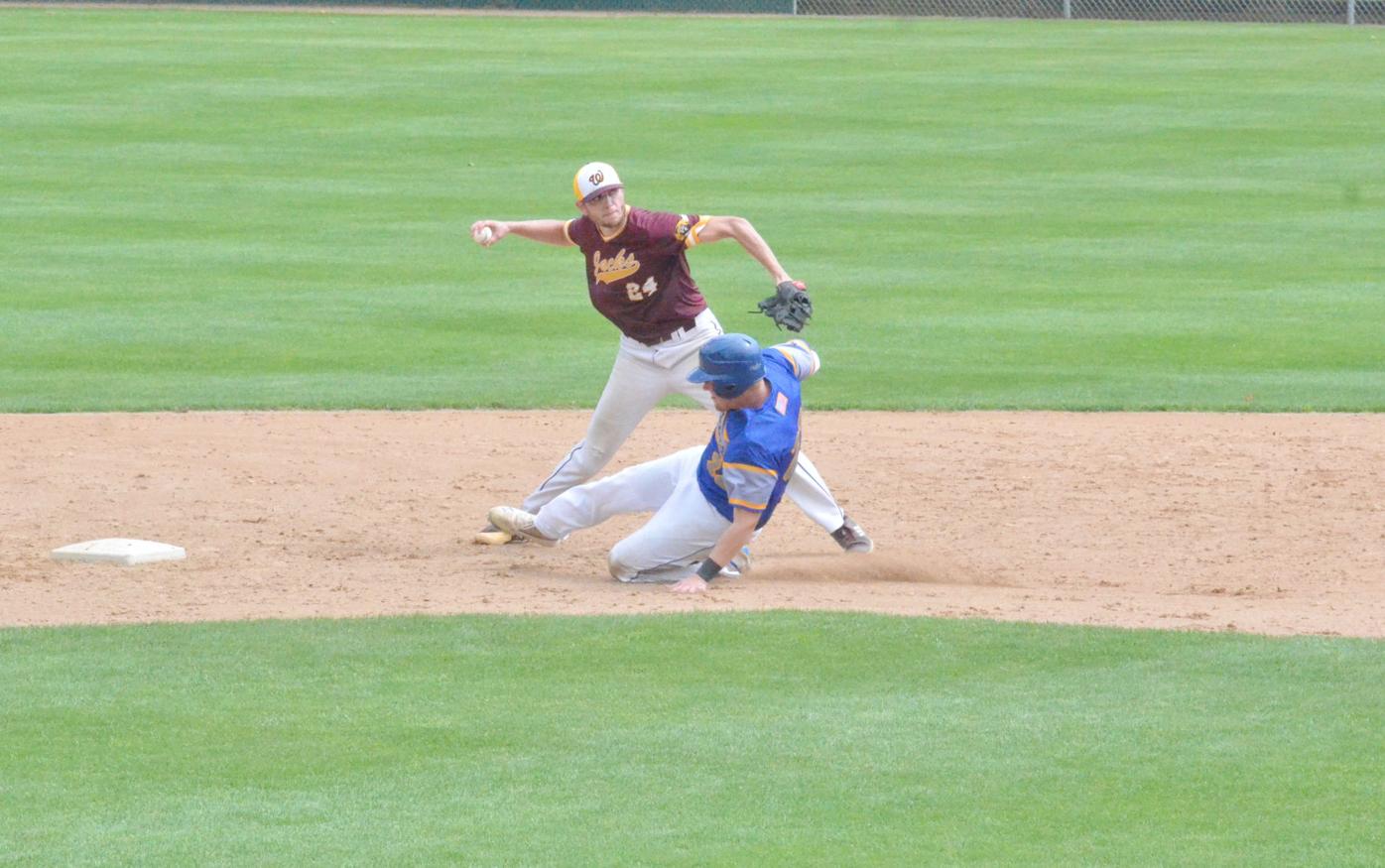 play at the plate

Wanamingo relief pitcher Brady Anfinson fires a pitch during Saturday’s 3-2 victory against Owatonna at Dartts Park in Owatonna. Anfinson pitched eight innings out of the bullpen to earn the win. (Michael Hughes/Northfield News)

A ninth-inning surge Saturday afternoon at Dartts Park in Owatonna wasn’t quite enough for Owatonna (4-4) to storm back against Wanamingo (4-3) in what turned out to be a 3-2 victory for the Jacks against the Aces.

The Jacks, playing as the home team despite the game’s location, entered the top of the ninth possessing a 3-1 lead. After a solo blast over the fence in right field by Quinn Christenson, that advantage was trimmed to 3-2. The Aces then used three singles to load the bases with two outs for pinch hitter Matthew Simon, who had the opportunity to drive in the go-ahead run from second base.

Wanamingo’s Brady Anfinson — working in his eighth inning of relief — started the at-bat with three straight balls. After a strike brought the count to 3-1, Simon took a fastball he thought was low for ball four to drive in the game-tying run. The home plate umpire disagreed, however, saying the fastball clipped the bottom edge of the strike zone to bring the count full.

Simon then swung through a fastball over the heart of the plate to end the game.

Anfinson earned the win on the mound with eight innings of relief while allowing only one run on the solo home run. He also struck out six batters, allowed six hits and walked no one. For Owatonna, Brandon Wolf fired a complete game with six strikeouts while surrendering six hits.

A complete-game performance on the mound from Sam Roosen and a fast-starting offensive attack allowed Wanamingo to add another victory Sunday at Twins River Conference-leading Austin.

The Jacks, playing as the home team in Austin, scored a pair of runs in the bottom of the first, second and third innings to power what turned into a 7-2 victory.

On the mound, Roosen allowed only four hits and two runs while striking out eight batters and walking one. Both runs against Roosen came via solo home runs in the top of the fourth and the top of the seventh.

Anfinson, Alex Roosen and Eric Sviggum all finished with a pair of RBIs, while Sam Roosen scored a pair of runs and Sviggum tallied three hits.

Austin entered Sunday with only one other league loss — a 10-9 slug fest against Stewartville-Racine. With Sunday’s results, the Twins River championship still remains up for grabs entering the final week of the regular season.

Wanamingo has three games remaining this week, with trips Wednesday to Stewartville-Racine, Friday to Pine Island and Sunday to Winona. Austin, meanwhile, has two regular-season games remaining Wednesday at Owatonna and Friday at home against Winona.