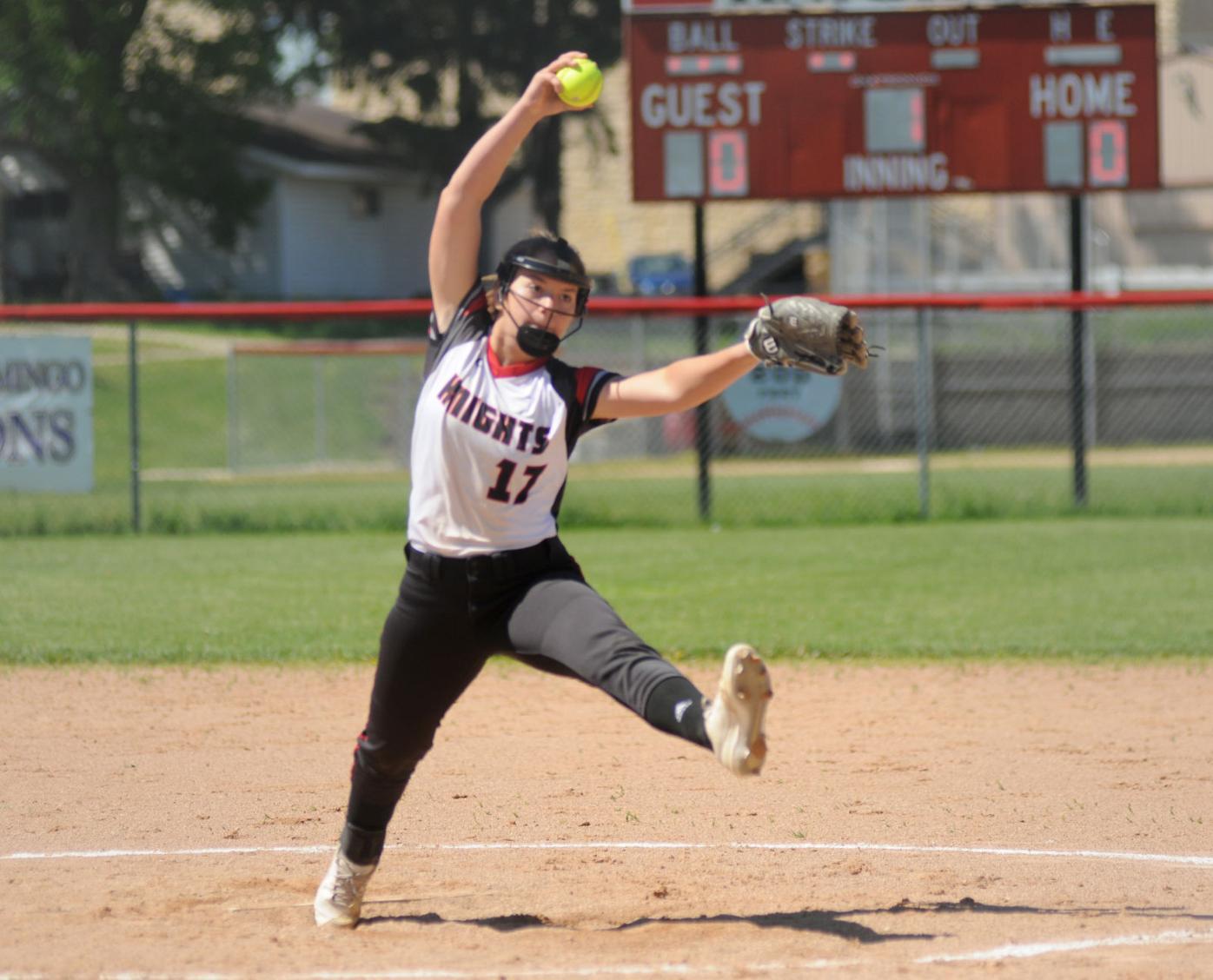 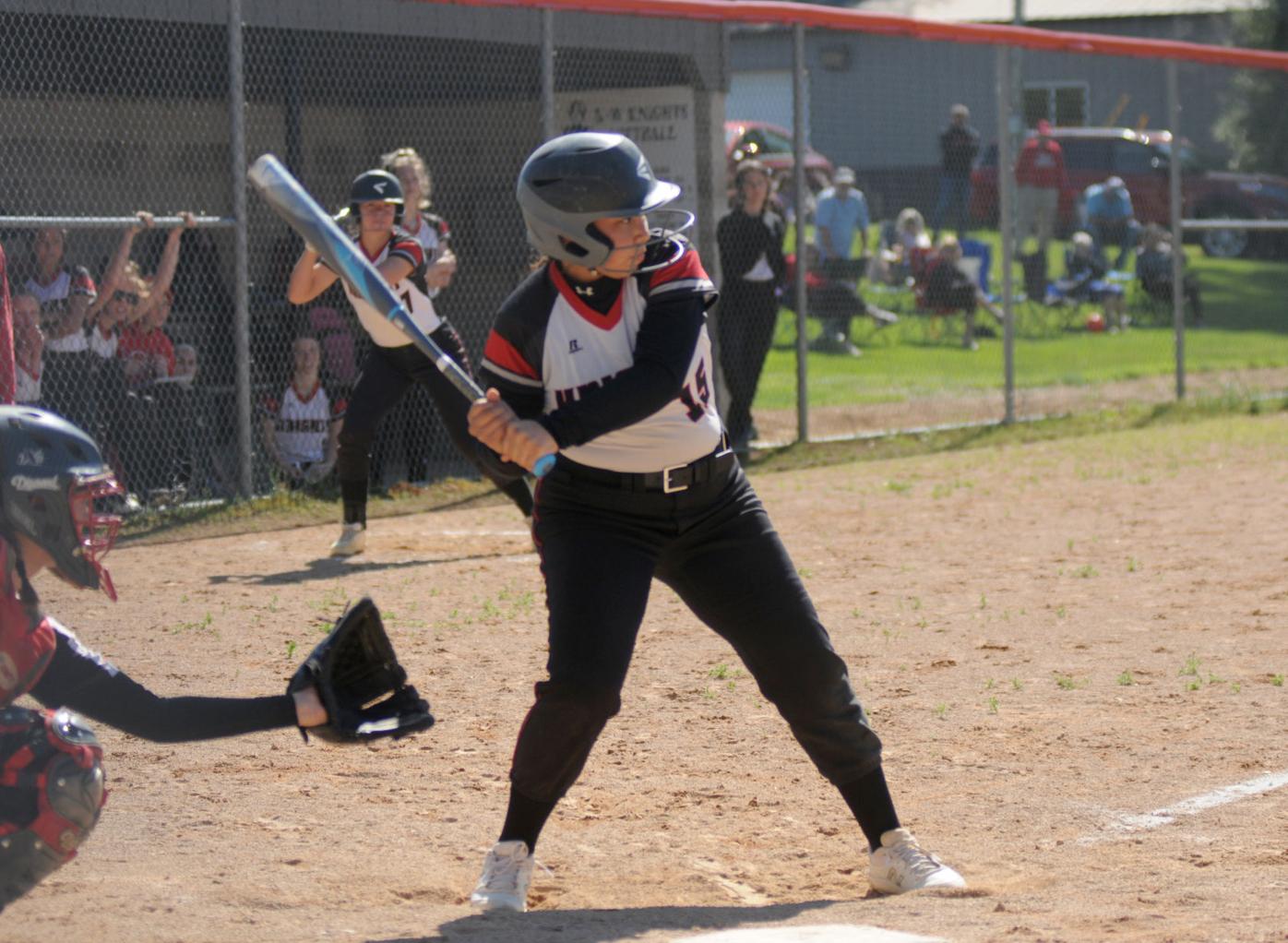 Kenyon-Wanamingo’s Ivette Mendoza swings at a pitch during Wednesday’s 6-4 loss against Cannon Falls in Wanamingo. Mendoza singled and scored a run in the defeat. (Martin Schlegel/southernminn.com)

Kenyon-Wanamingo’s Ivette Mendoza swings at a pitch during Wednesday’s 6-4 loss against Cannon Falls in Wanamingo. Mendoza singled and scored a run in the defeat. (Martin Schlegel/southernminn.com)

At the beginning of the season, there were a lot of moving parts. The Kenyon-Wanamingo softball team had several players at different positions. A few were also unavailable to due to injuries. The already small roster allowed for plenty of playing time, something the team was still unsure they’d even get.

Head coach Carrie Groth said the players began the season before they returned to in-person school activities during the day. Getting together at the field was, for a time, their only chance to do so before eventually returning to school in person.

Groth said being with one another more often has helped now that they see each other than just on the field. The communication from player to player on the field has grown as the season has gone on because of it.

“We’ve learned that when we’re talking and communicating that keeps our momentum going,” Groth said. “We need that. We have long days right now, especially later in the season.”

Yet, with the team being so young, most of them have not played since 7th or 8th grade. That’s been a challenge separate from navigating the pandemic. Groth noted the skill level and more importantly, the preparedness of the team has drastically improved.

“You need to be ahead of the play, don’t wait till the ball gets to you to know where we’re going with it,” Groth said. “We have to talk about it. Talk as a team. We’re still getting there.”

At the plate during Wednesday’s 7-4 loss against Cannon Falls, the Knights strung together a couple hits in the third inning. Hailey Lerfald led off with a single. Two batters later Lydia Shaefer singled. Ivette Mendoza singled. After a walk to Jose Flom, Sydney Majerus singled in the third run of the inning. The previous two runs scored on wild pitches.

“We’ve gotten better at not waiting until the fourth inning to come life. We need start right away,” Groth said. “We’ve changed our batting order a few times. Once the lineup is set. They’re like ‘alright, that’s what I have to do. I want to play.’”

With so many players set to come back next season, Groth hopes the building continues. She’ll remain in contact with the players on how to assess each player’s goals and how to go about working toward them in the offseason.

Some of the final scores to end the regular season suggest how much improvement has been made. After enduring a string of four-inning and five-inning losses to start the season, the Knights closed the regular season with four straight seven-inning games.

One of those was an 8-2 loss against WEM, which is ranked No. 7 in Class A and is one win away from winning the Gopher Conference title. Another was a 5-0 loss against Goodhue, which received the No. 2 seed in Section 4A and is receiving votes in the Class A rankings.

Cannon Falls is a Class AA team that finished the regular season with a 10-4 record and a 7-3 mark in the HVL.

Groth thinks playing close games, despite losing them, has allowed the players to see what they can be. Since most of the roster also plays junior varsity, the team is exposed to a lot of softball.

“I think that’s really motivating for them. We can be good,” Groth said. “Other teams have young players, too. So, it’s not an excuse, but that’s just where we’re at. When we play JV and play competitive, I think that also helps their mentality of ‘Yep, we can do this. This is good.’

“This is how it can be. Bring this into next year.”