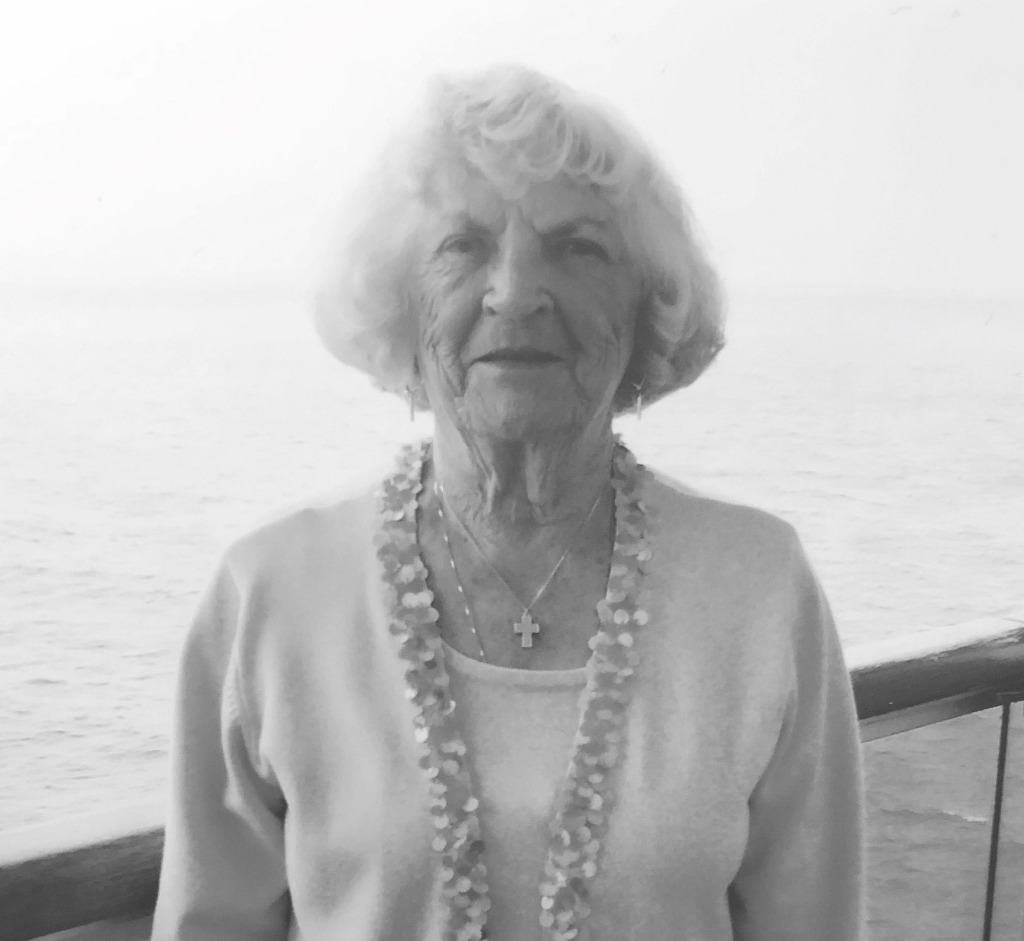 Pauline M. (Bowe) Witt Majerus 1926–2020 Kenyon—Pauline Margaret (Bowe) Witt Majerus, 93, passed away peacefully on March 19, 2020. Pauline was born in Chatfield, on June 29, 1926, to William and Margaret (Dwyer) Bowe who were both Irish immigrants. She grew up on the family farm with 10 brothers and sisters. She graduated from Harmony High School. Following graduation, she moved to Rochester. She was married in 1946 and had two children, Robert and Paulette. In 1962, she married Cliff Witt and moved to Kenyon. They loved spending time at their cabin. Cliff passed away in 1995. On January 13, 2000, her daughter Paulette passed away. Pauline missed her tremendously. In 2005, she married Roger Majerus. They spent many happy years traveling all over the world. Roger passed away in 2017. Pauline enjoyed traveling, shopping and spending time with her friends and family. She loved spending time with her grandchildren and great grandchildren. Many of them lovingly called her Gigi. She also enjoyed reading, knickknacks and everything Irish. She was proud of her Irish heritage. She is survived by her son Robert "George" Jensen and Susan Urness; son-in-law, Allan Cloutier; grandchildren, Debbie, Sara, Nicole, Jesse, Michael, Sally, and Joseph; and 15 great- grandchildren. She is also survived by her sisters, Rosemary, Loretta, and Betty. Pauline was preceded in death by her sister, Nell; twin brother, Paul and brothers, Frank, Joseph, William, James and Robert. We are so thankful for Pauline's presence in our lives! May she be at peace and rest in the arms of God. Mass of Christian Burial will be held Saturday, July 11, 2020, at 10:30 AM at St. Michael's Catholic Church in Kenyon. There will be a visitation one hour prior to the service at the church. A private family interment will be in the Saint Columban Calvary Cemetery in Preston. Pauline's family is encouraging those attending services to wear a face mask.

To plant a tree in memory of Pauline Majerus as a living tribute, please visit Tribute Store.
Load comments