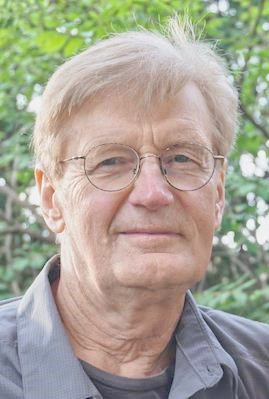 Gary Allen Strandemo 1946–2020 Saint Cloud—Gary Allen Strandemo died peacefully on Thursday, Sept. 3, 2020 due to complications of leukemia. Gary was born Jan. 12, 1946 in Faribault, Minnesota to Raymond and Eileen "Sid" (Hanson) Strandemo. He graduated from Kenyon High School in 1964 and from Harvard University in 1968. Gary married Barbara Lund, his soul mate, on June 12, 1971. He completed Medical School at the University of Minnesota in 1975 and spent his internship year in San Jose, California. After returning to Minnesota he worked for the Indian Health Service in Cass Lake and Minneapolis for five years. Gary and Barb moved to St. Cloud, Minnesota in 1979 to start Central Minnesota Group Health Plan, the first member-owned HMO in the area. As Group Health transitioned into Health Partners, Gary continued to provide family centered medical care, clinic leadership, and community service for 34 years. Gary's medical practice reflected his life values; he believed all people deserve quality health care and to be treated with respect and kindness. He retired from medical practice in 2013. Gary's greatest source of pride and joy was his family and he loved being dad to his daughters Rosa and Ana. He treasured and nurtured his relationships with family and friends. He traveled widely, driven by his interest in the world and its people. Gary and Barb had a special affection for Guatemala, the land of their daughters' birth. He excelled at and was shaped by his high school and college baseball and football team experiences. Biking and Nordic skiing became passions that reflected his lifelong athleticism. Music, reading, and a good conversation brought him much pleasure. He cared deeply for the earth, was awed by the natural world, and was an avid birdwatcher. His spirit was nourished by frequent visits to the wilderness at Holden Village in the Cascades. Gary was known for his humanitarianism and he generously volunteered his gifts both locally and in Latin America. He was an active Rotarian and played a leadership role in building wells in the Dominican Republic and establishing the International Student Exchange Program in St Cloud. Gary lived his life fully and with a generous open heart. He deeply believed "we all do better when we all do better" and his hope was for change to a more respectful, kind, and inclusive country. Gary is survived by his wife Barbara Strandemo; daughter Rosa Strandemo; mother Eileen "Sid" Strandemo; sisters Ann (Dale) Stensland and Mary (Rick) Ohland; brother Mark (Trudy) Strandemo; many nephews, nieces, and extended family members; and godchildren Eva and Eamon. Gary was preceded in death by his daughter Ana Strandemo, father Raymond Strandemo, and brother Davis Strandemo. Private memorial services for family members will be held at this time and a celebration of Gary's life will be held at a later date. In lieu of flowers, memorials may be sent to Common Hope, 1400 Energy Park Drive, Suite 23, St. Paul, Minnesota 55108.