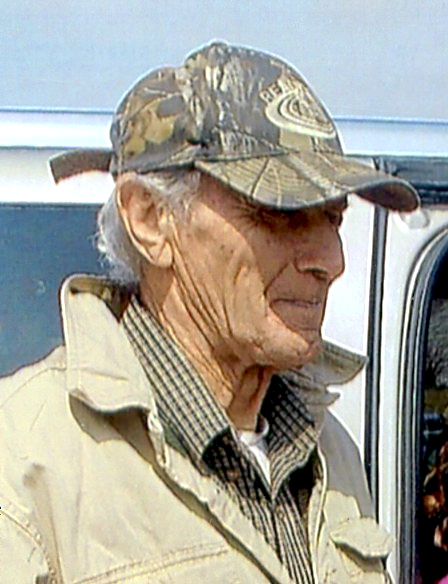 William D. Edelbach 1930–2019 Kellogg—William D. Edelbach, age 88 of Kellogg, passed away Thursday, November 21, 2019, at his home surrounded by his family. William David was born December 10, 1930, rural Alma, Buffalo County, WI to Melvin and Wilma (Fink) Edelbach. On October 20, 1957, he married Patricia A. Kelly in Winona, MN. William had a diverse work history and a life long career of logging and farming which included working all these in business with his family members. Bill logged full time with his brother Junior Edelbach up until 2010. Bill raised and sold produce up through 2018 mostly in the towns of Kenyon, Preston and Lanesboro. His farming included dairy as well as the vast array of crops including sweet corn, melons, tomatoes, etc., but he always liked to experiment with anything that would grow in this climate. He gave his service for 8 years without pay to supervise the welding shop at Alpine Springs Academy. He faithfully attended the Winona SDA Church every Saturday and often served unofficially as the pastor giving the sermon but always involved himself giving steady support to the church. He played the "fiddle" and guitars many of which were made by his brother Loren (Charlie). He raised his children with Patricia on the Kellogg farm teaching them to work hard and always leave the world a better place than you found it one day at a time. Through the years they accepted long term stays from many friends and relatives who were in need at the time and many are just as family members to this day. Friday night after sundown was his favorite time to lead the family in hours of singing and debate/discussion. He is missed by so many. He is survived by his wife Pat; children: Gene (Janet); Ken (Christina); Mike (Lisa); Scott (Michelle); and Brenda Edelbach; grandchildren: Ryan, Corban, Olivia, Victoria, Miles, Brandon, Bodie, Corbin, Colton, Michalea and Morgan; three sisters: Dawn Korb, Ellen Amy, and Shirley Heitman; a brother Melvin Jr. (Sharon) and other relatives. He was preceded in death by his parents; an infant son David shortly after birth; a sister Ivy Meyers; and four brothers: Marvin, Jess, Loren, and Russ. Memorial services will be 4 p.m., Wednesday, November 27, 2019, at Abbott Funeral Home, Wabasha with Pastor Josh Jeresek officiating. Interment will be at Greenfield Cemetery, Kellogg. Visitation will begin at 3 p.m. Wednesday at the funeral home. Services entrusted to Abbott Funeral Home & Crematory, Wabasha, MN. Words of sympathy or remembrance may be left at www.abbottfh.com

To plant a tree in memory of William Edelbach as a living tribute, please visit Tribute Store.
Load comments