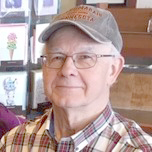 Jordan David Benesh 1941–2020 West Saint Paul—Jordan David Benesh, age 79, died Sunday, Sept. 13, 2020. He was born March 8, 1941 in Estherville, Iowa to Frank and Hazel (nee Larson) Benesh. Jordan is survived by his loving wife of 49 years, Lois (nee Barsness); beloved sons, Chad (Lill) and Bret (Christy) Benesh; cherished grandchildren, Dallon and Zeta; sisters, Charlene (Maurice) Show and Marilyn Edens; nieces, nephews, and other family members. He was preceded in death by his parents; brothers, Frank and John Benesh; and brother-in-law, Jud Edens. Always a teacher, by profession in ISD 197 and as a father and grandfather, Jordan was proud of his two teacher sons who learned by example from their father how to be kind and generous men and husbands. As a dad, he gave his kids the gift of his time and tireless support. He continued giving of himself by lavishing attention on his two beloved grandkids, who adored him. His sense of humor, frequently mentioned by former students, is sorely missed right now. For the past 49 years, he found great joy spending time with Lois, whether doing craft fairs for their clothing business, spending time with family, or just sitting in their back porch.

To plant a tree in memory of Jordan David Benesh as a living tribute, please visit Tribute Store.
Load comments