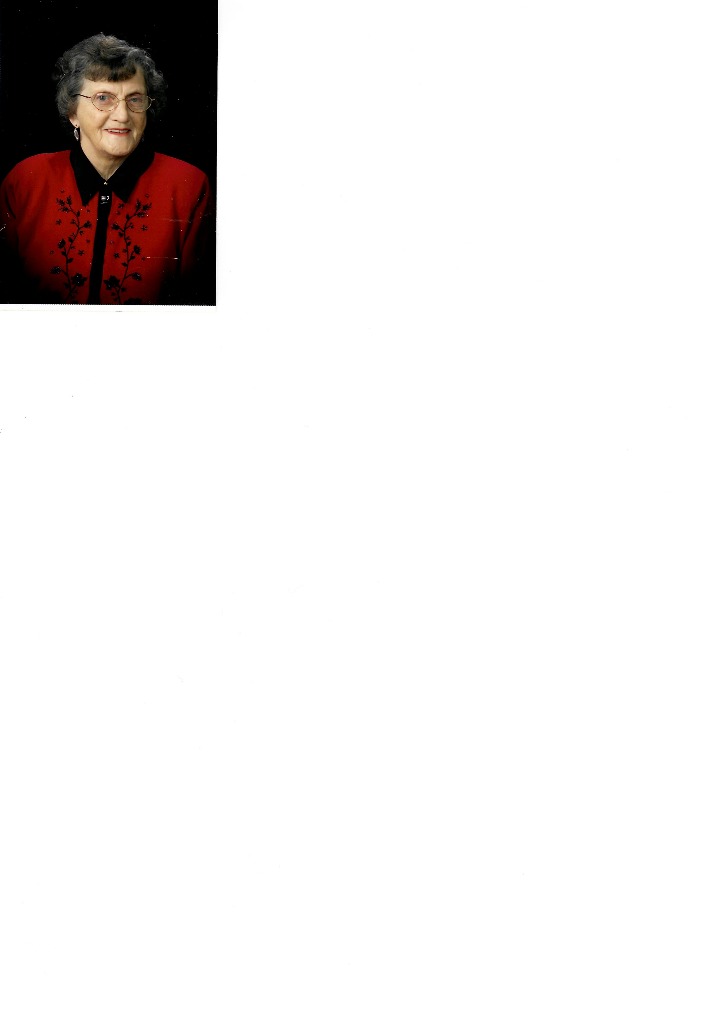 Darlene D. Montgomery West Concord—Darlene Montgomery was born in Madelia on October 15, 1927. She died Sunday July 26 of non-Covid related causes while residing at Pine Haven Care Center in Pine Island. Darlene was the daughter of Floyd and Florence Trullinger. She was raised on their Madelia farm where she learned many of the characteristics that would serve her well for the rest of her life. After attending public schools in Madelia Darlene married Robert (Bob) Montgomery, also of Madelia. Upon completion of Robert's tour of duty in the Philippines while serving in the U S Navy the new family farmed for a time in the Madelia area before moving to West Concord in 1950. Here they would set down roots and establish their own family farm, still owned by youngest son Bradley. Darlene was a full partner in the farm and spent untold hours in its establishment and success. In 1971, at the age of 44, Darlene went to work at the West Concord High School in the cafeteria where she quickly became head cook and continued to work until retirement at age 65. Darlene's husband Robert died in 1986. After a short time, Darlene moved to a cozy house in town next to the West Concord Elementary School. She took great pride in this home of her own and it quickly became the family's new gathering place for all holidays and special occasions. Mom was exceptionally talented and capable in a number of areas. Always busy, she could sew for herself and others, build a closet, paint the barn, or put on a Thanksgiving feast to be remembered. She always knew what needed to be done and did it. In her spare time, she did needlepoint, made special quilts for others, read, or painted. Darlene was held in high regard by all that knew her. She was mild mannered, generous, considerate, and reserved but also strong willed (even stubborn) and protective of herself and loved ones. Darlene's primary focus throughout her life was always the family. She was a confidant and comforter. A role model and a friend. She took pleasure in visiting her grown children throughout Minnesota and also in Alaska and Oregon. She took great care of her grandchildren in turn thus allowing them to form fond memories of their own, and even, at age 70, went on a month-long independent tour of Thailand with her 5-year-old grandson and his parents. Darlene is survived by sons, David (Jeanne) of Tucson, AZ, Todd (LuzMaria) of Klamath Falls, OR, Bradley of West Concord; daughters, Rhonda Dietrich of Blaine, Wynne (Alvin) Ohm of Rochester; son-in-law, Bob Boychuck of Hallock; brothers, Clifford Trullinger, Larry (Sheryl) Trullinger both of Madelia; grandchildren, Kris Montgomery, Sheryl Meier, Ryan Montgomery, Clint Dietrich, Stevanna Barnes, Brian Ohm, Neil Ohm, Brandon Montgomery, Michael Goding, Max Erickson; great grandchildren, Brandon Meier, Kayla Barnes-Krey, Henry Ohm; great-great grandchildren, Gunnar, Yulia, Vince. Darlene was preceded in death by her parents; sister, Phyllis; husband, Robert. She was also preceded in death by her daughter, Jennifer Boychuk who was unexpectedly and sadly lost to her in February 2019 as was her grandson Christopher in September 1998. A graveside memorial service will be held Thursday, July 30, 2020 at 11am at Concord Cemetery with visitation from 10:30am to 11am. Interment will be in the Concord Cemetery in Concord Township. In memory of Darlene's daughter Jennifer, memorials are preferred to Lupus Foundation of America, Arthritis Foundation or to the donor's choice.

To plant a tree in memory of Darlene D. Montgomery as a living tribute, please visit Tribute Store.
Load comments