Frost Advisory until 8AM CDT FRI 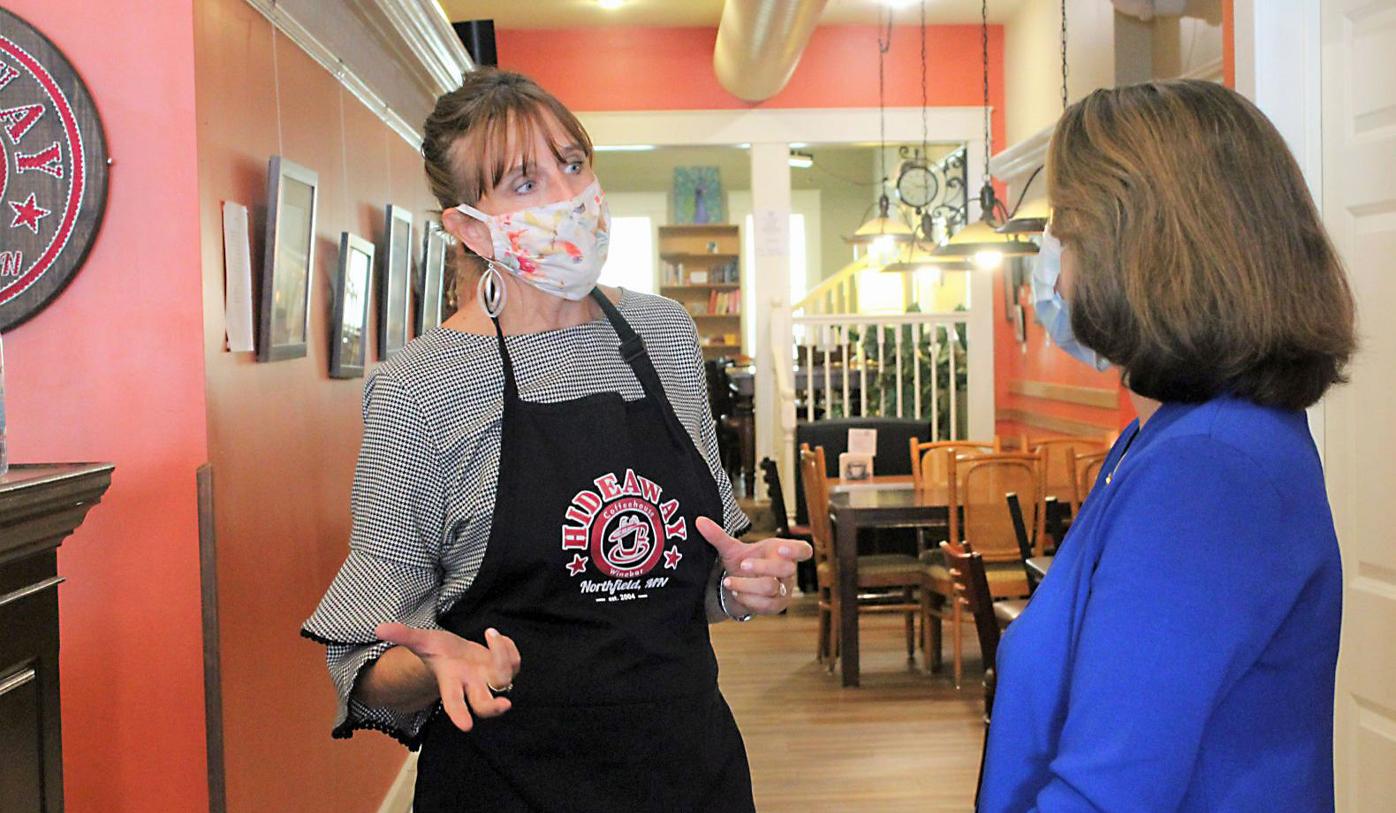 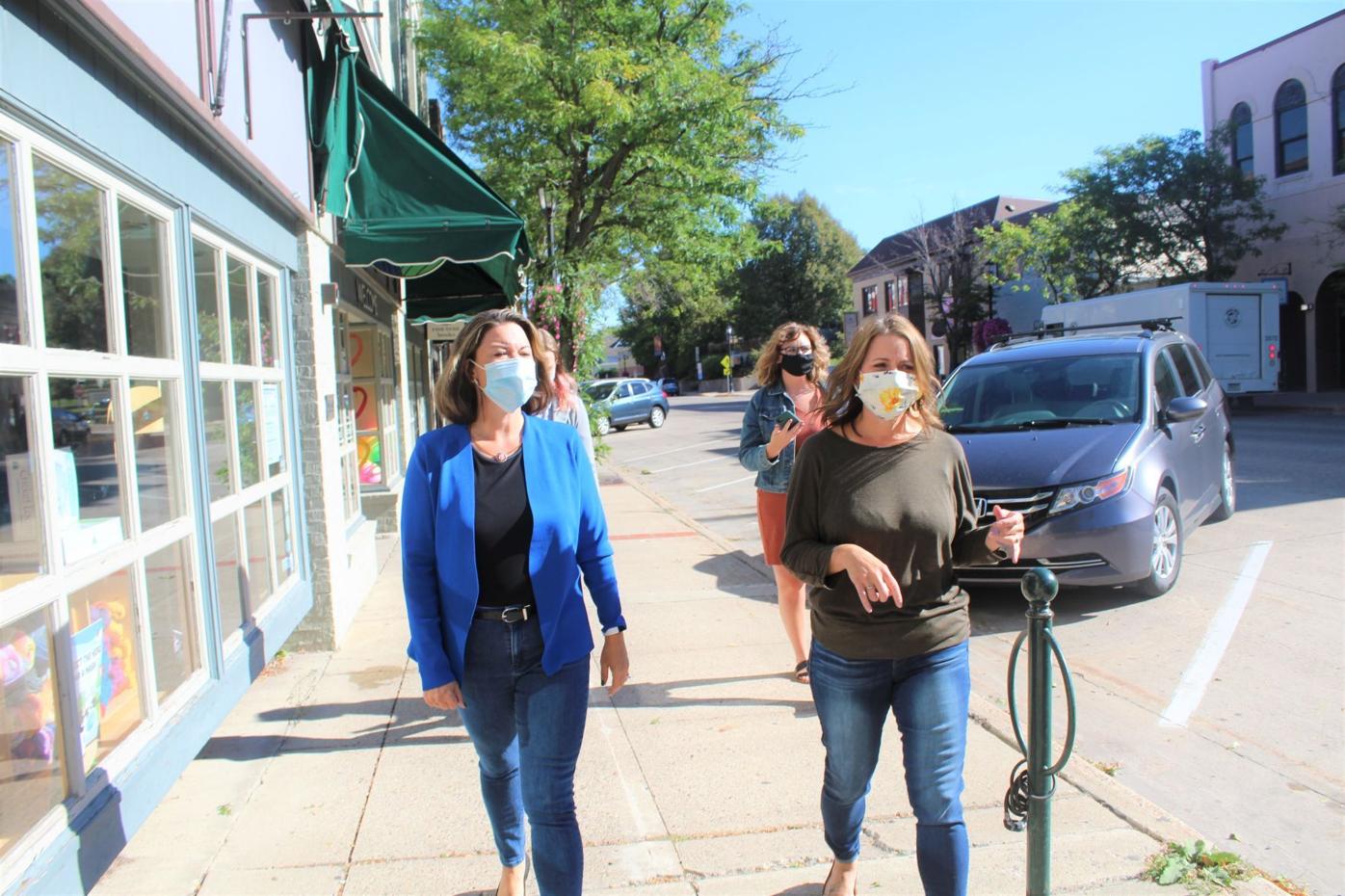 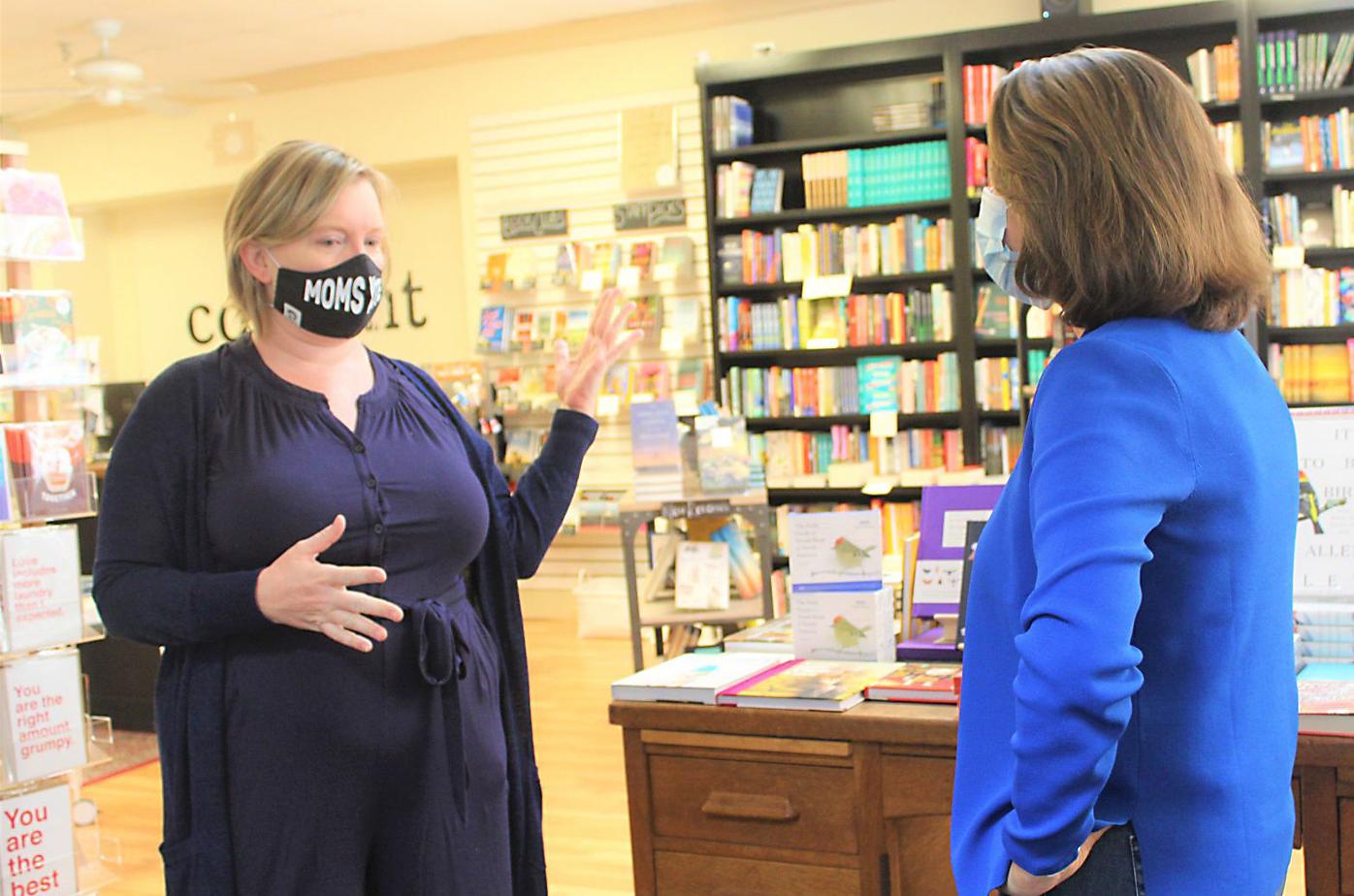 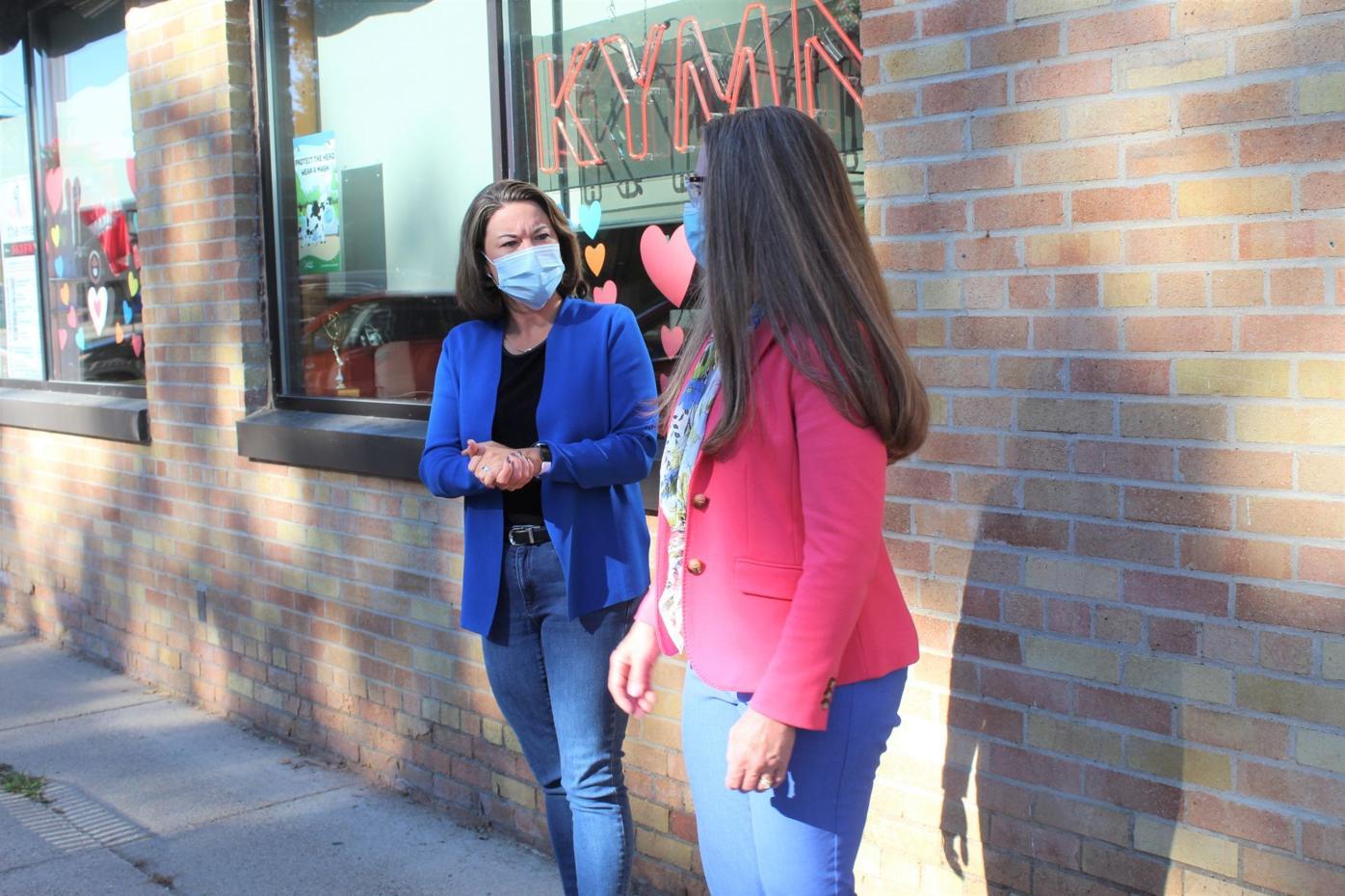 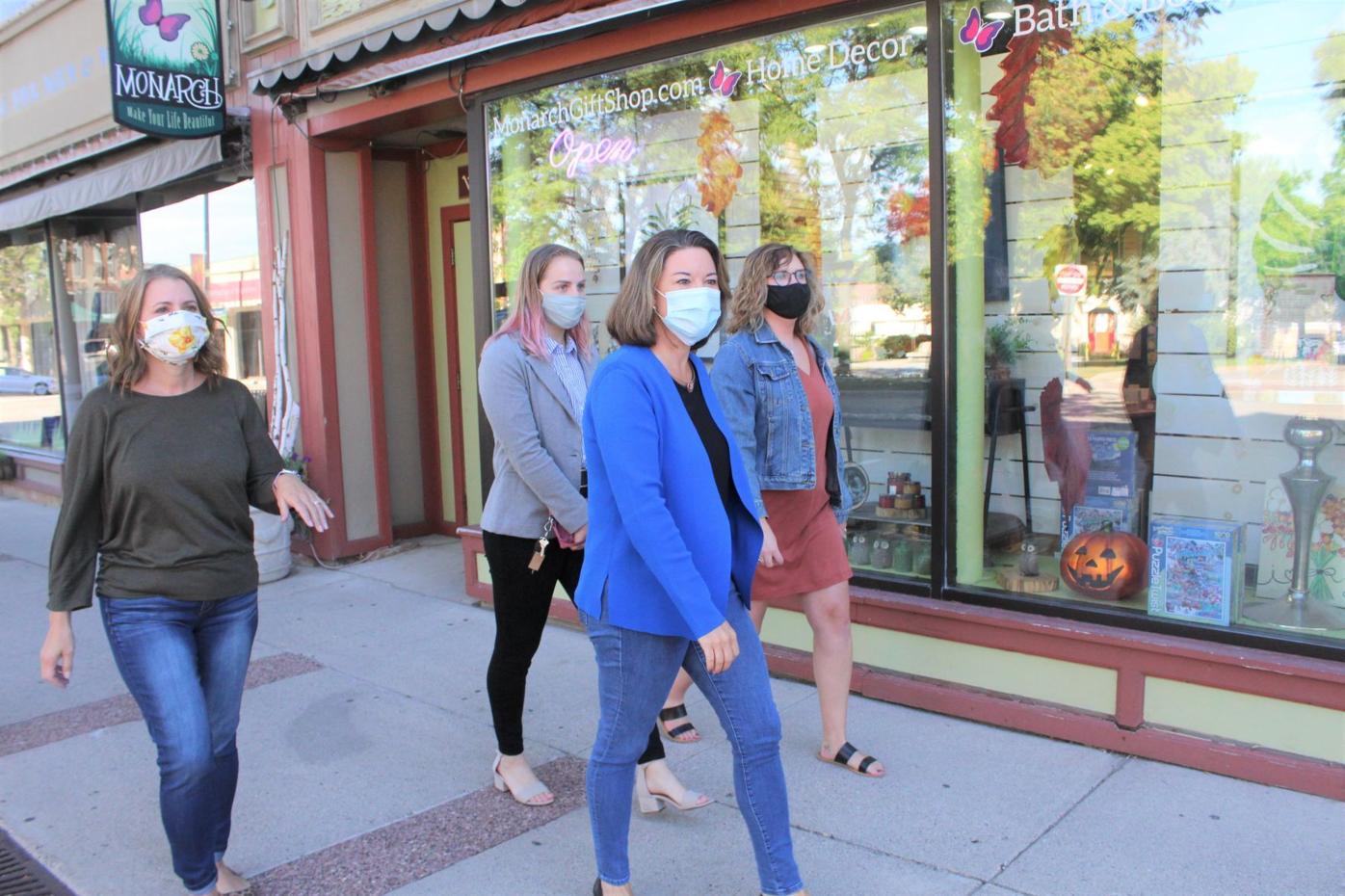 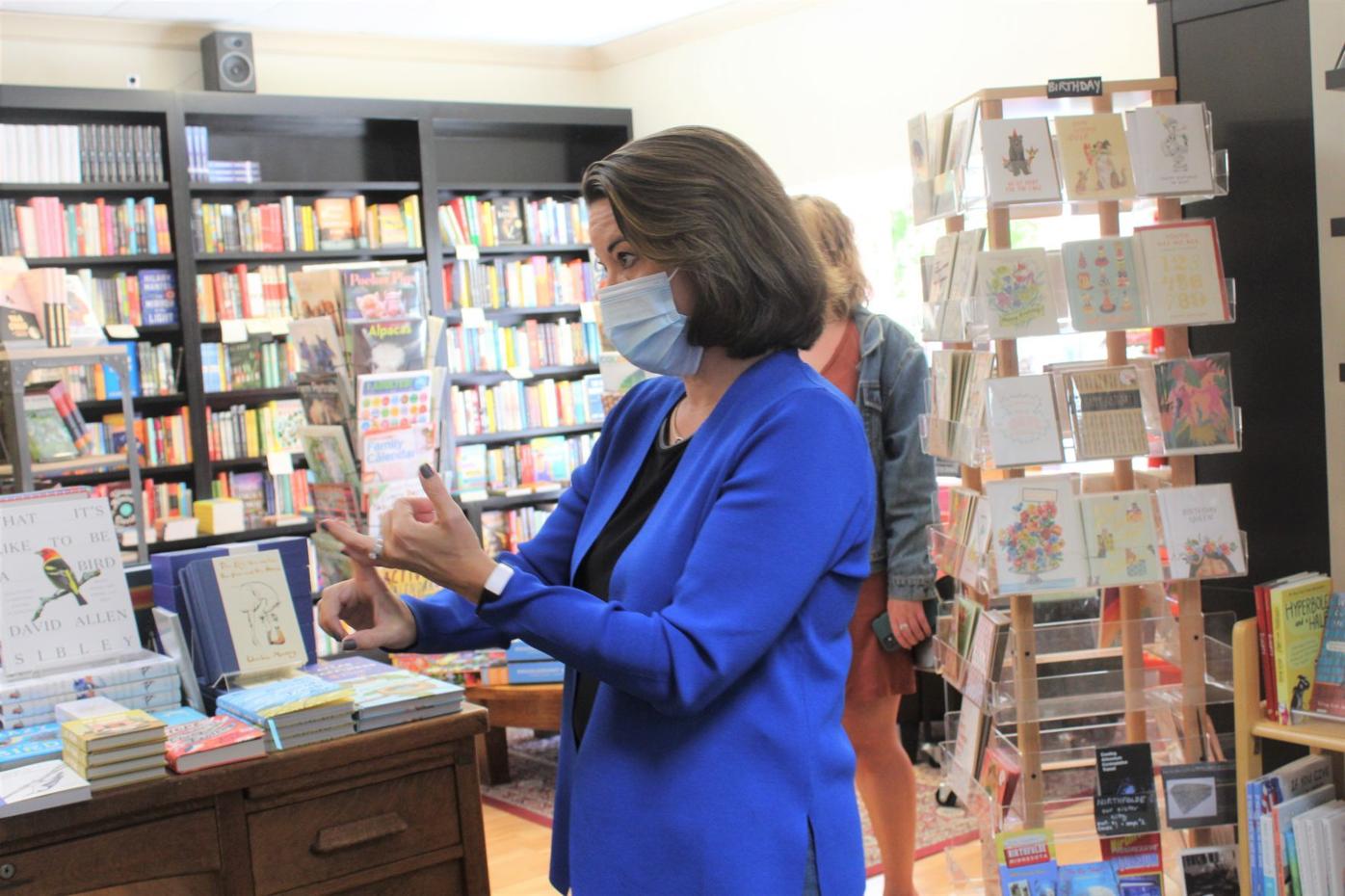 Craig interacts with those around her during the second stop of her tour at Content Bookstore. (Sam Wilmes/southernminn.com)

Craig interacts with those around her during the second stop of her tour at Content Bookstore. (Sam Wilmes/southernminn.com)

Downtown Northfield business owners, who have faced dramatic drops in revenue during COVID-19, say they remain nervous — even with more foot traffic — as fall and winter months near and the pandemic continues to wreak havoc on the U.S. economy.

Craig’s visit came approximately two months before November’s general election. Craig is seeking reelection for her second term in one of the most-watched Congressional races against GOPer Tyler Kistner.

Owner Jessica Peterson White, who serves on the City Council, said her business remains “strong” but is unsure of what the next few months will look like financially as supply chain uncertainties remain. Peterson White, who has received a Small Business Administration loan, is concerned that her employees could get sick and not have paid time off. Also, she would like to see funding dedicated to paid family leave as the pandemic continues.

Peterson White said more people seem comfortable shopping online, and her business website has proved effective in catering to those needs. Still, she said if COVID-19 causes another lockdown, there needs to be another round of PPP funding to ensure businesses can remain in service — especially as retail hiring remains a challenging proposition during the pandemic.

Another focus for Peterson White during the pandemic is ensuring there are no substantial cuts to the U.S. Postal Service following proposed cuts by the Trump administration. She said she has seen delays in paying vendors and customer shipping.

Krin Finger, who has owned the store since 1991, noted her store’s revenue dropped by 80% following the onset of the pandemic. To combat that, Rare Pair instituted an enhanced online shopping presence and was assisted by Northfield Area Chamber of Commerce and Tourism gift cards intended to spark the local economy.

Those numbers are now down 38% of annual levels, and Finger has noticed an increase in walk-in traffic with social distancing guidelines.

“It feels so good to be open,” she told Craig. However, Finger expressed concern that a second shutdown to combat the virus could make it difficult for Rare Pair to stay afloat. She said in that instance, a second round of PPP funding would be needed.

The only way to ensure that doesn’t need to happen, Craig said, is if society suppresses the virus by taking necessary precautions.

General Manager Margaret Stangarone said the restaurant is at 80% to 85% of normal revenue levels and credited community support for ensuring the survival of Hogan Brothers. Initially, Hogan Brothers relied on takeout and delivery orders, but has been allowed to open again at 50% capacity as part of the strategy undertaken by Minnesota Gov. Tim Walz to combat the spread of COVID-19. Still, the restaurant is disproportionately relying on takeout and call-in orders as public willingness to dine inside restaurants remains mixed at best.

Stangarone, who noted many of the Hogan Brothers employees are college students, said she is also most concerned about her employees getting sick and the restaurant subsequently having to shut down. So far, one COVID-19 case has been reported at the establishment. Subsequent testing indicated no one else had the virus.

Owner Joan Spaulding told Craig her business has enhanced its use of social media and tried different marketing strategies.

The HideAway closed for one month following the onset of the pandemic. Still, revenue is only at 50% of normal levels. To Spaulding, that could pose a problem during the fall and winter months, when, even in a typical year, HideAway sees less foot traffic.

Spaulding noted her daughter, Minnesota Soulstice owner Elizabeth Spaulding, is moving from her previous downtown location to the former Vision store, a smaller downtown space, on a one-year rental agreement due to a loss of revenue posed by the pandemic and being shut down for two months.

For many politicians, campaigning amid the coronavirus pandemic is nothing like it’s ever been. Read more