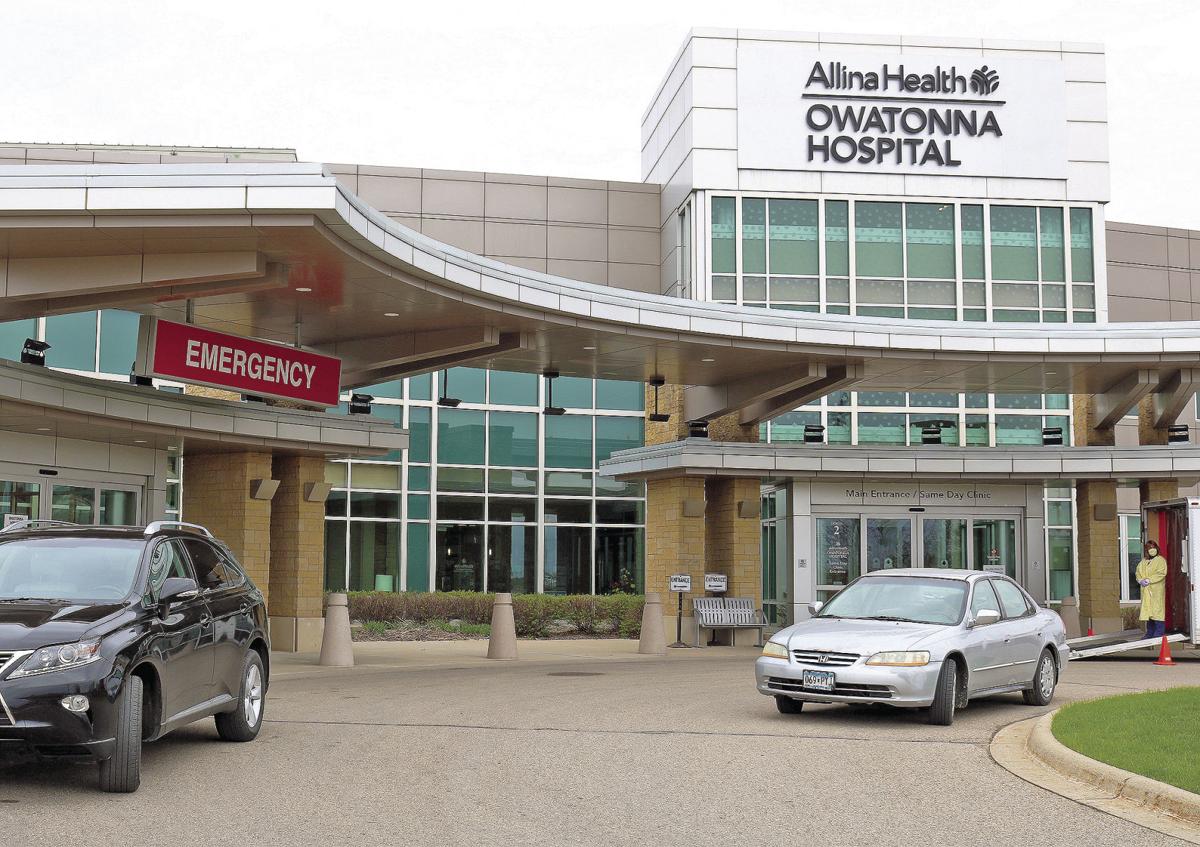 Area hospitals, including Owatonna, District One and Northfield hospitals, are facing significant financial stress as a result of COVID-19. However, Owatonna and District One’s association with Allina Health has helped to shield it from the worst of the blot. (APG Media file photo) 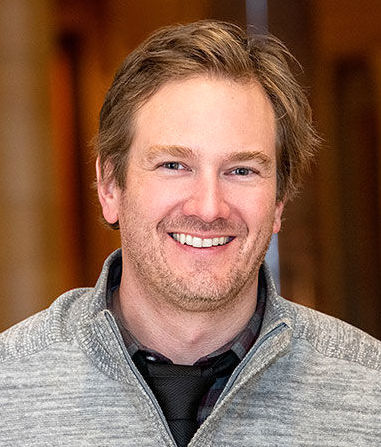 In recent years, rural health care systems have increasingly struggled to make ends meet — and the COVID-19 pandemic has only increased those challenges, hospital leaders say.

As part of the state’s COVID-19 lockdown, Gov. Tim Walz’s restricted non-essential hospital services to help hospitals prepare for a potential surge in cases. With the case “curve” largely flattened, restrictions have since been relaxed.

Local hospitals are finding that not only has the region not seen a notable surge in COVID-19 hospitalizations, but many patients are now so concerned about contracting the virus that they aren’t coming in for regular care.

David Albrecht, President of District One Hospital in Faribault and Owatonna Hospital, said that even as hospital revenue has taken a nosedive, many costs have remained stubbornly high, putting a strain even on a large network like Allina Health. While the company’s losses due to COVID-19 have been partially blunted by funding received through the $2 trillion CARES Act passed by Congress earlier this year, Albrecht says the losses have continued, and more funding may be needed for struggling hospitals.

For United Hospital District, a small, independent group with several clinics in southern Minnesota, the financial pressure has been even greater. Even before COVID, Hospital President Rick Ash said UHD was struggling to balance the books, and current financial forecasts are far more worrisome.

“COVID has been like a gut punch, it’s taken the wind right out of us,” Ash said. “Not only have we not had too many COVID patients, but our patients have largely gone away.”

Hagedorn followed that up by introducing the Save Our Rural Health Providers Act along with Rep. Xochitl Torres Small, a New Mexico Democrat. Hagedorn and Torres Small’s bill would add that 20% benchmark to the CARES Act’s Provider Relief Fund. Priority would be granted to facilities which have been particularly affected by COVID-19 preparations, which serve a high number of Medicare or Medicaid patients, and/or which serve areas with limited access to healthcare infrastructure or high numbers of uninsured patients.

“This bill makes it clear that whenever we have a situation where rural health providers have gone out of their way (to prepare for COVID-19), that they be fully compensated for that,” Hagedorn said.

Hagedorn has long touted his support for the region’s network of rural hospitals. While the Mayo Clinic is the largest employer in the region, he noted that other, smaller hospital groups also do much to boost the economy and provide convenient and timely care

“It just goes back to our rural way of life,” Hagedorn said. “In some of our small towns, local hospitals are the biggest employer and drive the economy, in addition to making sure that people get the treatment they need.”

With an eye to the upcoming election, Hagedorn criticized “Medicare for All” and the “public option,” both of which have been proposed by Democrats to expand access to health care. Hagedorn warned that moving away from private insurance could actually reduce access to health care in rural areas.

Hagedorn said that half of rural hospitals could be at risk of closure if a public option reimbursing providers at current Medicare rates is placed on the health insurance exchange created by the Affordable Care Act, apparently referring to a recent study conducted by a group called Navigant Consulting.

Navigant, which has since been purchased by Chicago-based Guidehouse, was supported in its research endeavor by the Partnership for America’s Health Care Future, a coalition of provider, insurance and pharmaceutical lobbyists and organizations created to oppose “Medicare for All” and the public option.

As opposed to what it characterizes as a “one size fits all approach,” Partnership for America’s Future has instead called for tweaks to the Affordable Care Act, which passed with the support of the American Medical Association, Pharmaceutical Research & Manufacturers of America and other industry groups after significant concessions.

The challenges faced by rural hospitals trace back to issues with the funding model adopted by health insurers in the 1980s, and continued even during a decade of relative prosperity, according to a new report from the Center for Rural Policy and Development.

That’s when the federal government began to move away from its traditional “fee for service” model for Medicare and Medicaid reimbursements and towards a “prospective patient” model, which was designed to incentivize quality and efficiency of care rather than quantity.

The CRPD, a Mankato-based policy research organization which receives funding from the state of Minnesota, noted that the policy has had other effects, exacerbated by the efforts of the federal and state governments to hold the line on health care expenses.

In order to maximize their reimbursement under the “prospective patient model,” hospitals have adopted a number of strategies. Those include finding new administrative efficiencies, embracing new technology and offering an increasingly coordinated model of care.

However, those strategies are often far less accessible to rural health care institutions with a limited number of locations and care providers. A smaller patient pool also means more financial risk and instability.

Larger hospitals and hospital groups, like Allina Health or Mayo, have far more leverage than smaller hospitals on the private market. That enables them to negotiate favorable reimbursement rates from private insurers and lower supply costs. As a result of those factors, many small, independent hospitals have sought out buyers in recent years, according to CRPD Research Associate Kelly Ashe. Once part of the larger group, consolidation often forces rural residents to travel further and further for essential care.

As the cost of care has increased, driven by a larger than ever number of elderly Americans, reimbursement rates for Medicare, Medicaid and other public health insurance programs haven’t kept up with the cost of care. In other words, hospitals are losing money on each public insurance patient they see, forcing them to charge more to patients with private insurance or no insurance. That hits rural hospitals hard because Medicare and Medicaid enrollment is especially high in rural areas.

According to the American Hospital Association, Medicare covered only 87 cents for every dollar spent caring for Medicare patients in 2017. For several forms of insurance provided by the state of Minnesota, Ash reported that the reimbursement figure drops below 80%.

“Year after year of reductions in reimbursement have impacted rural areas greatly,” Ash said. “They take away a little bit here, a little bit there and it starts to add up.”

Kelly Asche, a CRPD Research Associate who helped to put together the report, said that Minnesota is doing better than many other states in retaining rural health care services but warned that unless state leaders act fast, that could change in a hurry.

Asche noted that from 2009 to 2018, the number of Minnesota counties without a health care institution providing birth services jumped from 20 to 29. Over that time period, a wide range of other services became increasingly difficult for rural residents to come by.

Asche said that given market pressures, it’s likely that independent hospital groups will continue to be bought up by larger outfits. In order to ensure that rural residents have access to care, he argued that a multifaceted approach is needed.

While the technology enabling the significant shift to telemedicine has been in place for years, most providers have preferred to stick with face-to-face appointments. In addition, Medicare and other health insurance often haven’t reimbursed care providers for virtual appointments.

On March 30, the Centers for Medicare and Medicaid Services announced that it would reimburse physicians for telehealth visits at the same rate as for in-person visits. Effective March 1, the change covers checkups and medical care provided for any reason.

Medicare also expanded access by scrapping a rule that required all telehealth visits to take place on devices meeting federal online privacy and security standards. At the state level, additional restrictions on telemedicine reimbursement have been lifted.

Asche also said that legislators should consider requiring a public interest review whenever a health care system wants to consolidate or cut services at a facility. Under state law, such a review is only required when a hospital system wants to expand services. That’s a relic from a law which placed a moratorium on adding hospital beds anywhere in the state in order to reduce duplication of services and limit increasing costs. The moratorium was ultimately repealed, but the review requirement has remained.

Under such a review, the healthcare provider would be required to give its reasoning and provide for an accounting of the likely impact on the community in terms of health care access and jobs, giving communities time to react and prepare.

The report notes that such a requirement could help communities like Albert Lea to retain their health care services. The southern Minnesota city of roughly 20,000 became a flashpoint in the health care debate when Mayo Clinic Health System announced that it would consolidate services between its Albert Lea and Austin clinics.

Mayo’s regional Vice President, Dr. Annie Sadosty, said that the rationale for the decision was both financial and staffing. In the two years before the consolidation, the two care facilities had lost a combined total of more than $13 million.

In response, residents of the town organized the “Save our Hospital” campaign, which then transformed into the “Save our Healthcare” campaign to find alternatives. Campaign organizer Brad Arends expressed particular frustration with Mayo’s failure to consult local residents before making its decision.

“They did this without any feedback from local citizens or leaders,” Arends is quoted as saying in the study. “No economic impact study or health impact study. Even though they have all this money in profits, they said Albert Lea isn’t worth it.”

In the end, Albert Lea’s campaign was largely successful. While they didn’t succeed in stopping Mayo’s consolidation of services, the city’s residents managed to bring a different care provider to town — MercyOne, Iowa’s largest hospital group.

The new care facility, located in what had been retail space, will open as a primary care clinic before expanding to offer outpatient surgery and eventually birthing services as part of a five-phase plan.

Asche noted that like too many communities throughout greater Minnesota, Albert Lea was in a position to lose its health care services even as its community and health care needs continued to grow. While Albert Lea’s story may have had a happy ending, he warned that its success may be difficult to replicate.

“No one has ill intent,” he said. “Hospitals are simply reacting to the market, but we need to keep a better eye on this trend.”

A new report from the Center for Rural Policy and Development highlights the challenges faced by the state's rural health care facilities.